Now we get to the contemporary models
by Craig Jamieson | Nov 8, 2020
CAR BRANDS IN THIS ARTICLE 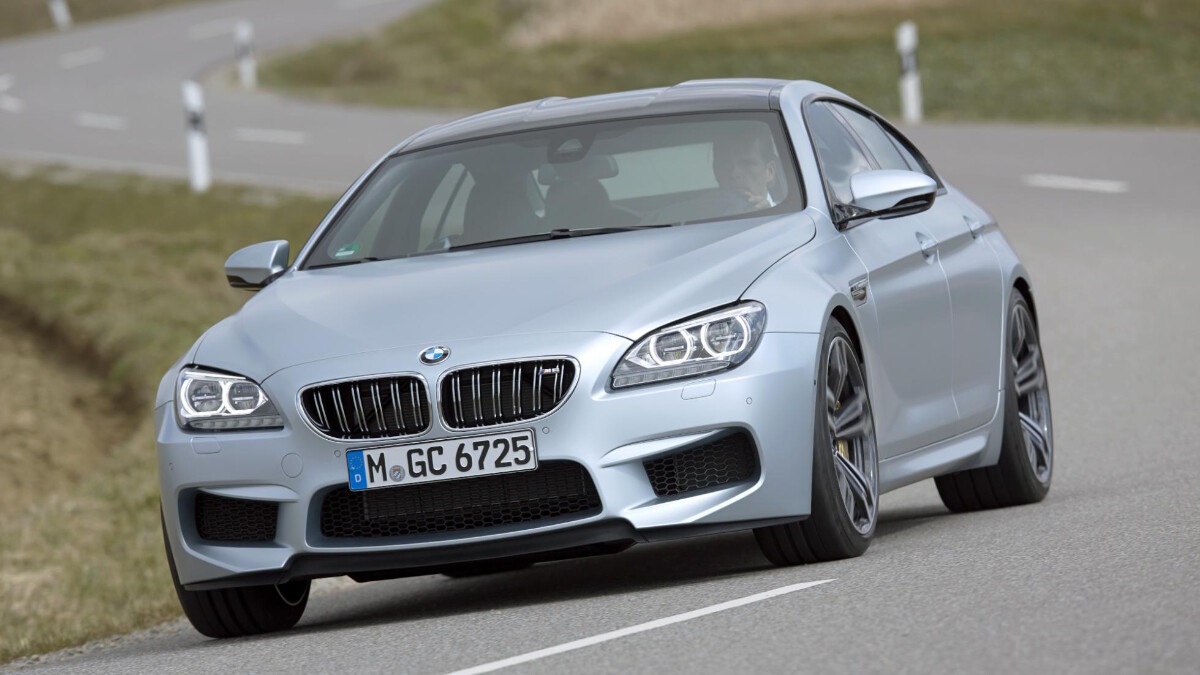 Take the internals of the genre-defining large performance sedan, whack it into a coupe body, and dust your hands off and stand back. Not exactly shifting the goalposts, are we? 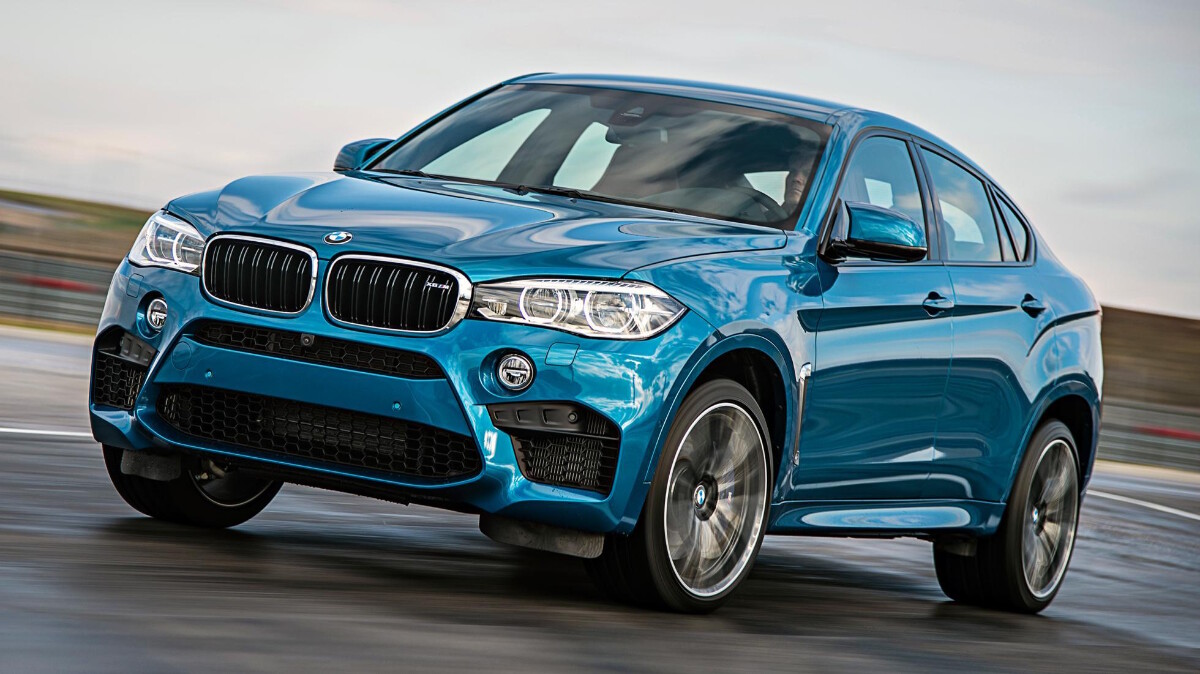 So, have you ever heard of this really cool band called Explosions in the Sky? It’s been around for ages, and it has this really cool post-rock kind of sound, with huge dynamic range and soaring, bombastic crescendos. But what’s really cool is it’s all instrumentals, so if you’re trying to concentrate on something and don’t want to be distracted by lyrics and singing, it forms a really great background soundtrack to that.

The band’s best effort, for our money, is All of a Sudden I Miss Everyone. Seriously, head down to your local audio store and ask the salesman to demo his best set of speakers with this album. It’s so good that he’ll offer you anything from a deep discount to naming rights for his firstborn.

What’s also brilliant is we’ve spent 100 words talking about something really great, instead of the X5M and X6M. Which...well, you see where we’re going here. 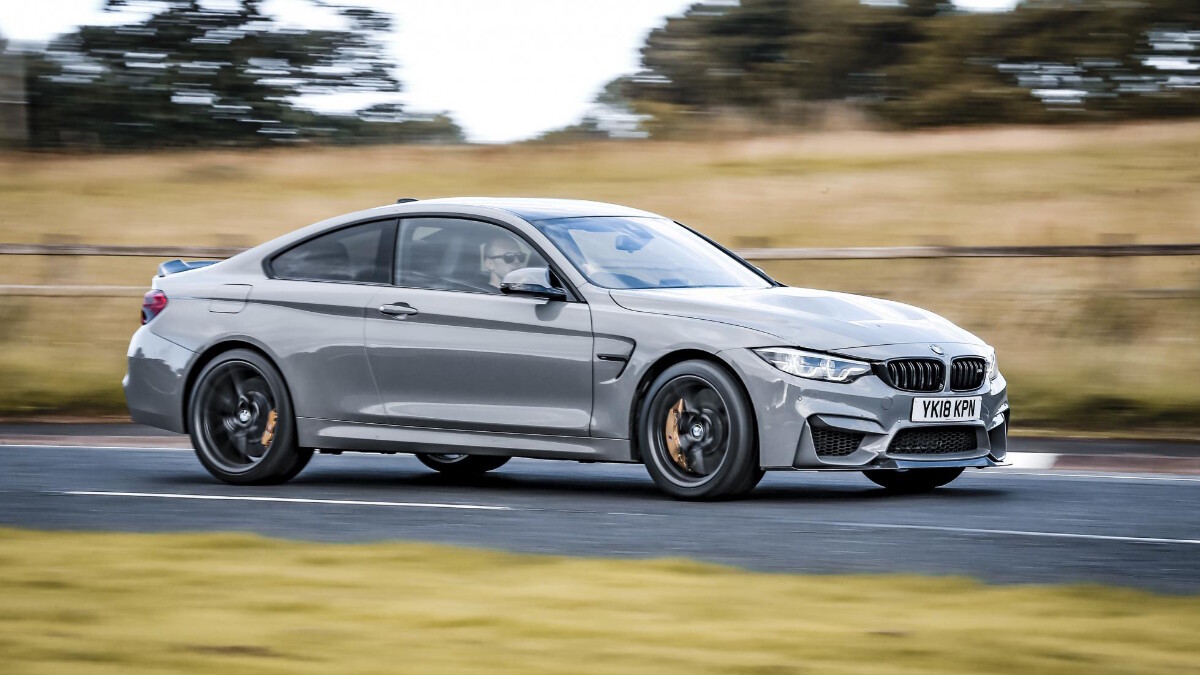 Yes, it’s a victim of its own success, but other M3s have managed to rise above pejoratives about their ubiquity and obviousness, and the F80...never really did. Also—and this goes double for the M4—it was about as spiky as your average mace and half as fun to wield. Cars like the Toyota 86 and the Alpine A110 can be slidey and brilliant for it, because they’re wielding just enough power to stray into silliness without sliding into trouble. The F80/82 had no such compulsion about throwing you into the weeds, and the 3.0-liter turbo’s minimum of 400hp made sure you got there before you knew what happened. 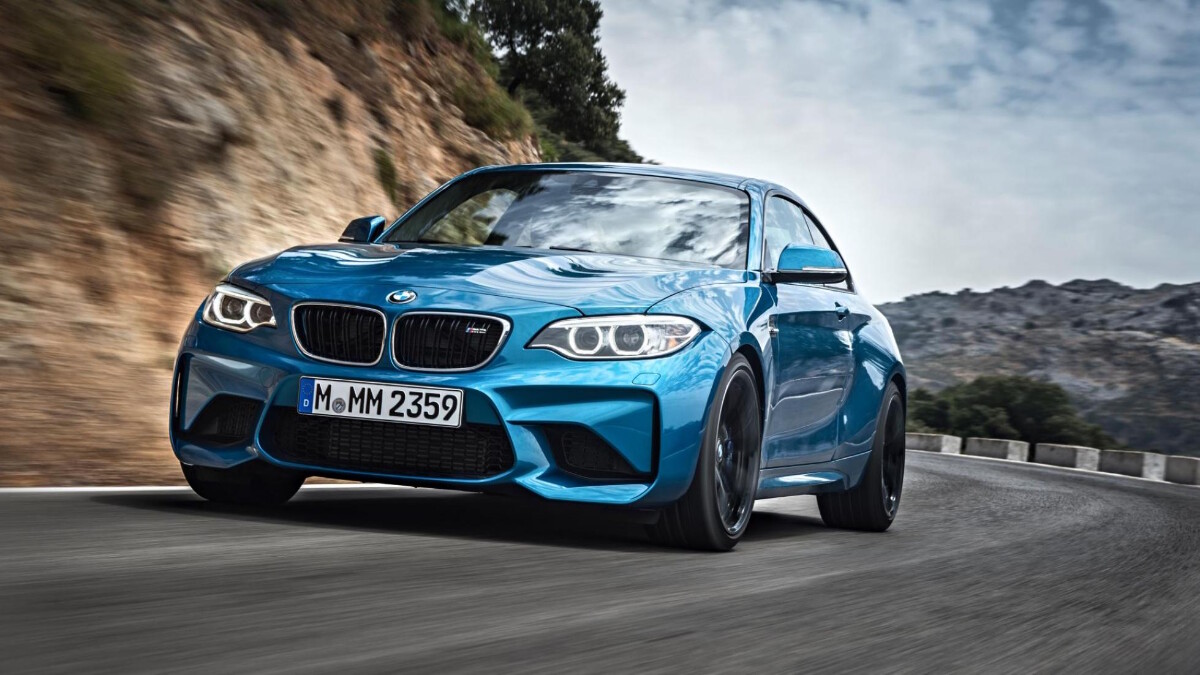 Not to put too fine of a point on it, but the M2 is possibly the best car coming out of not just BMW, but all of Bavaria. Sorry, Audi.

Unlike so much in the car world these days, it’s within the realms of affordability, small enough to actually work on back roads, and powerful enough to be entertaining, not terrifying. It’s also—and this feels like it doesn’t get enough attention—the best-looking modern BMW on sale. Not the most taxing remit in the entire world, but one the M2 absolutely excels in. It’s a genuinely good-looking, small, fun, rear-drive BMW M car. And it’s as wonderful as that sentence suggests. 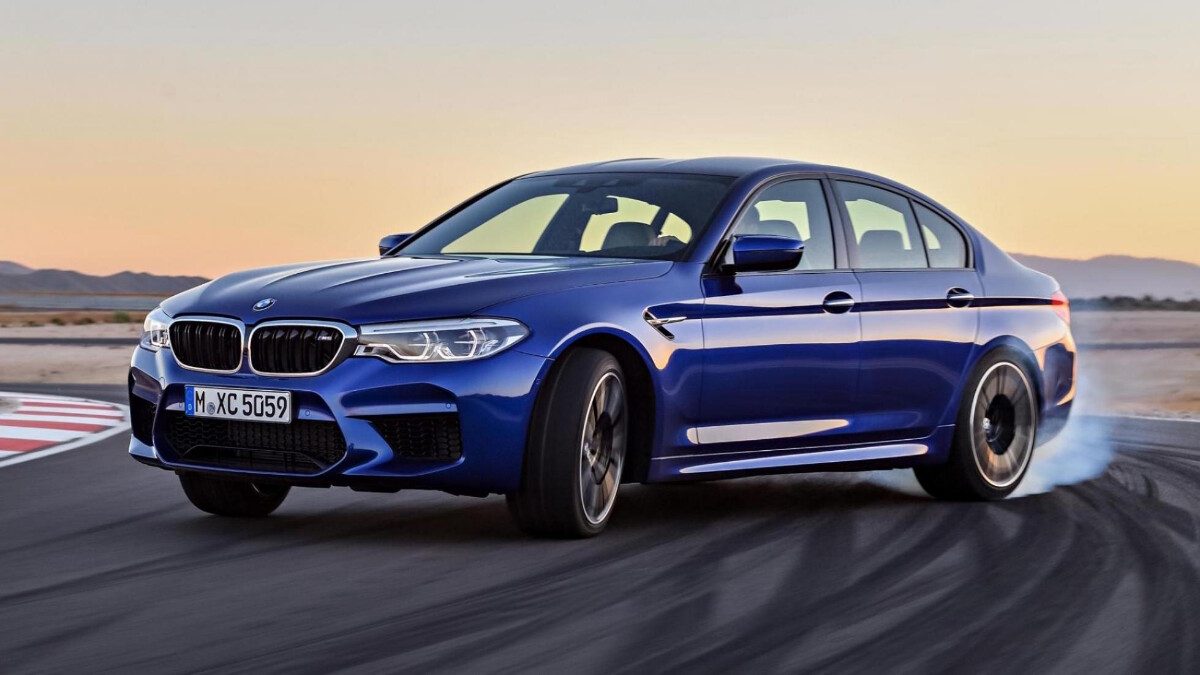 This one’s a very personal vote, because the F90 M5 is the car that took yours truly past the 300kph barrier on some northern German autobahn. And it felt...well, a few things: a) utterly glorious; b) a cathartic two-fingered salute to the Australian nanny state; and, c) like it could easily just keep going at that pace until we ran out of gasoline or into something rather solid.

It was so composed and comfortable that Top Gear’s hairiest photographer, Mark Riccioni, could process his photos on a laptop in the passenger seat...at 300kph. If that isn’t the Top Gear way to do things, we don’t know what is.

But so many cars can do fast these days. The F90 M5 is a hit because it manages the same perfect duality of the E39 M5: supreme comfort, with the knowledge that you can behave like a complete spanner at a moment’s notice. 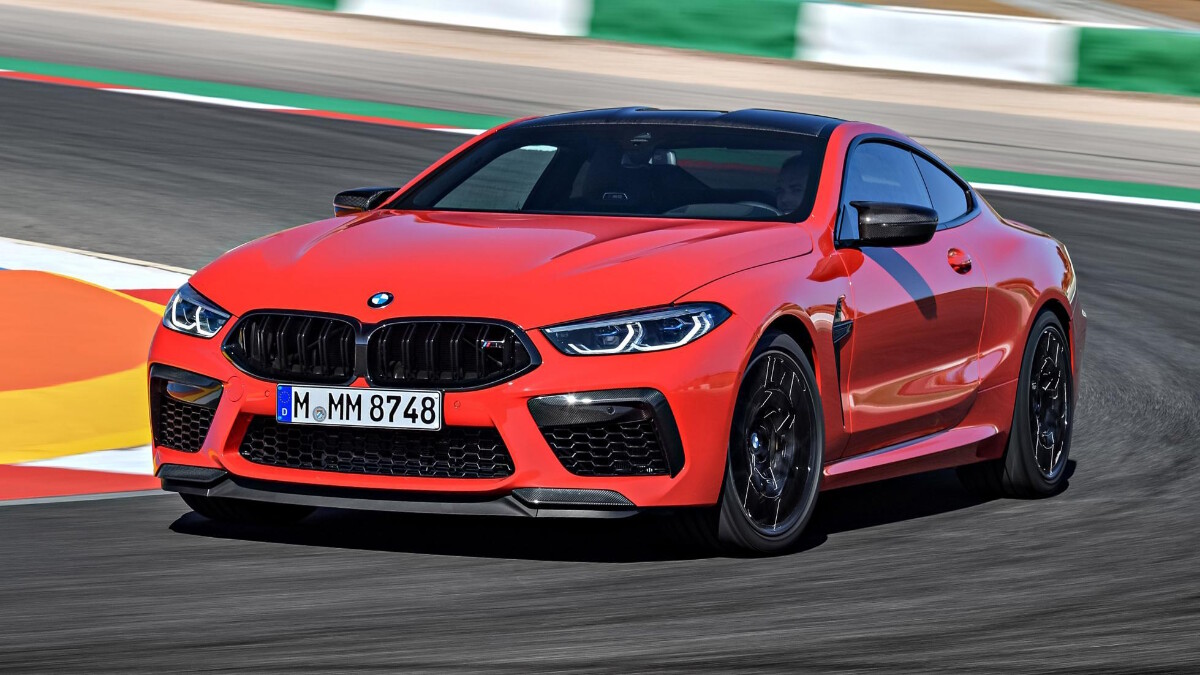 Finally bringing the M8 to market must have seemed like long-delayed gratification for the 8-Series tragics (meaning us) who always wanted the holy union of M Division and the Radwood-ready original. And what we got was...obviously never going to be that. It couldn’t be—pop-up headlights fall foul of crash regulations, the idea of 16-inch wheels on a luxury car is laughable, and asking for a fuel-sucking naturally aspirated V12 in your BMW is, in 2020, like shopping for a fur coat to wear to a Roman Polanski film festival.

Instead, we got an NCAP-optimized, twin-turbocharged, active-safety-enveloped boulevard cruiser, taken to the absolute extreme—well, the maximum amount allowed by the corporate overlords.

And so, like the vast majority of new performance cars, it’s fast to the point of actual silliness, but about as involving as lacing up your shoes, putting on a jersey, then sitting on the bench for the entire game. At least the M8 is not horrific to look at, which is more than you can say about a lot of modern BMWs. 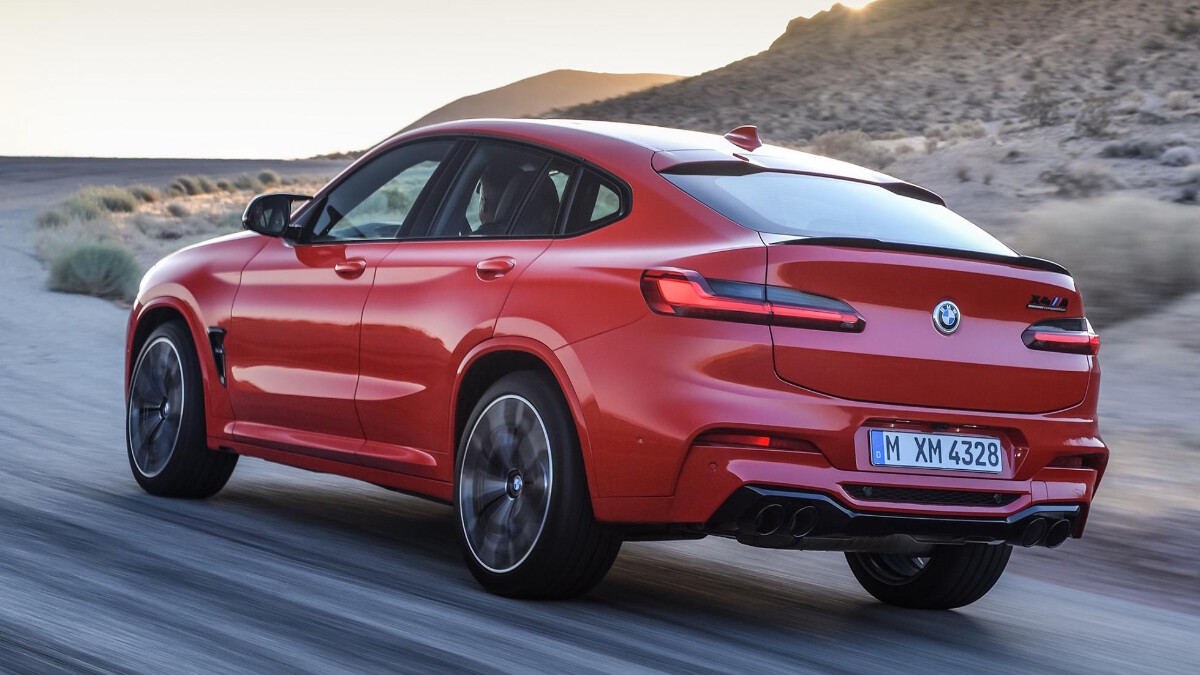 We don’t want to open with ‘look, they were just following orders,’ because that echoes something else the Germans aren’t exactly proud of, either. So, let’s backpedal like no one else seems willing to do in 2020 and try a different line of reasoning entirely.

Um. They did it for the money? Nope, that sounds like the excuse someone gives when some old photographs turn up of them wearing not much and exposing too much.

Ah, we’ve got it! Idiots deserve fast cars, too. Except they probably shouldn’t, given that they don’t have all that much going on upstairs.

Okay, then. We have absolutely no way to justify the existence of the X3M and X4M. Or maybe we really just didn’t feel like it. 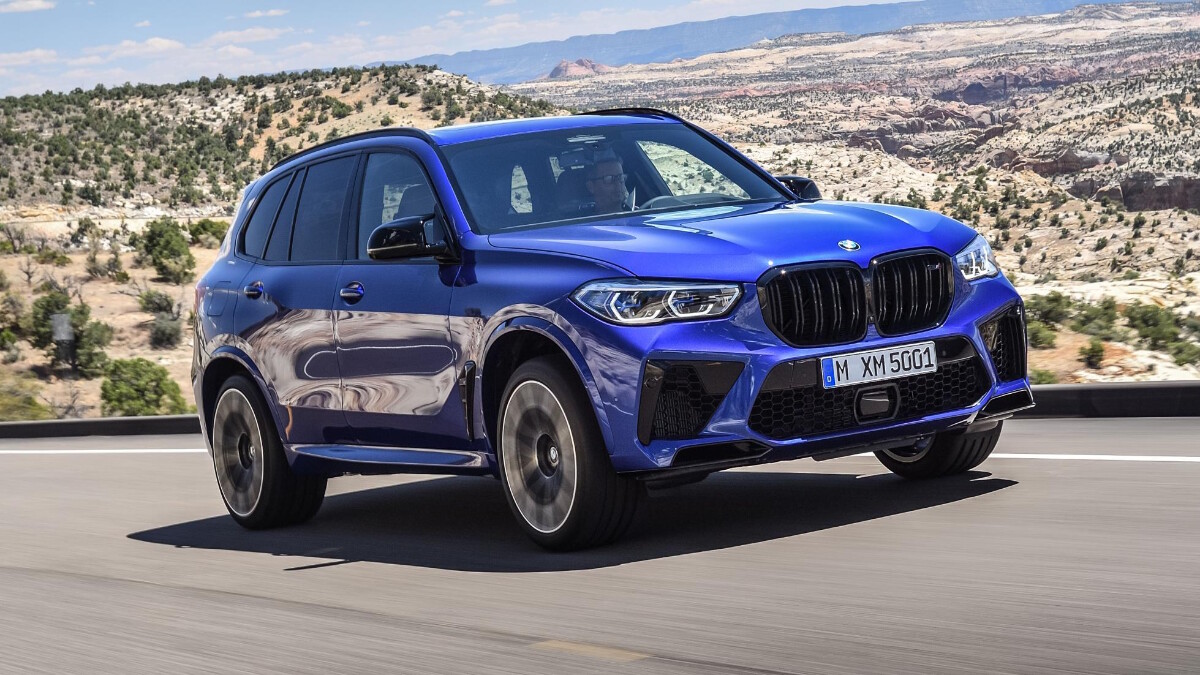 By now, you may have cottoned on to our whole ‘refuse to talk about anything as ridiculous as a gigantic M Division SUV’ schtick. And with it wearing desperately thin, we suppose there’s nothing else to do but knuckle down, make our peace with what we have to do, and talk about this really amazing old video game called Grim Fandango.

Get this: you play a travel agent...in the afterlife, where everyone looks like a Day of the Dead effigy. But that’s just where it starts. Grim Fandango takes you—and the walking skeleton you control—on an increasingly bizarre, gallows-humor hilarious, and unerringly entertaining journey through the afterlife, with just your wits and whatever you can hold in your suit jacket to save you.

The great news is that whatever computer you have, it’ll run Grim Fandango, so you’ll get hours and hours of entertainment and enjoyment for hardly any expense. Pretty much the opposite of the X5M and X6M, then. 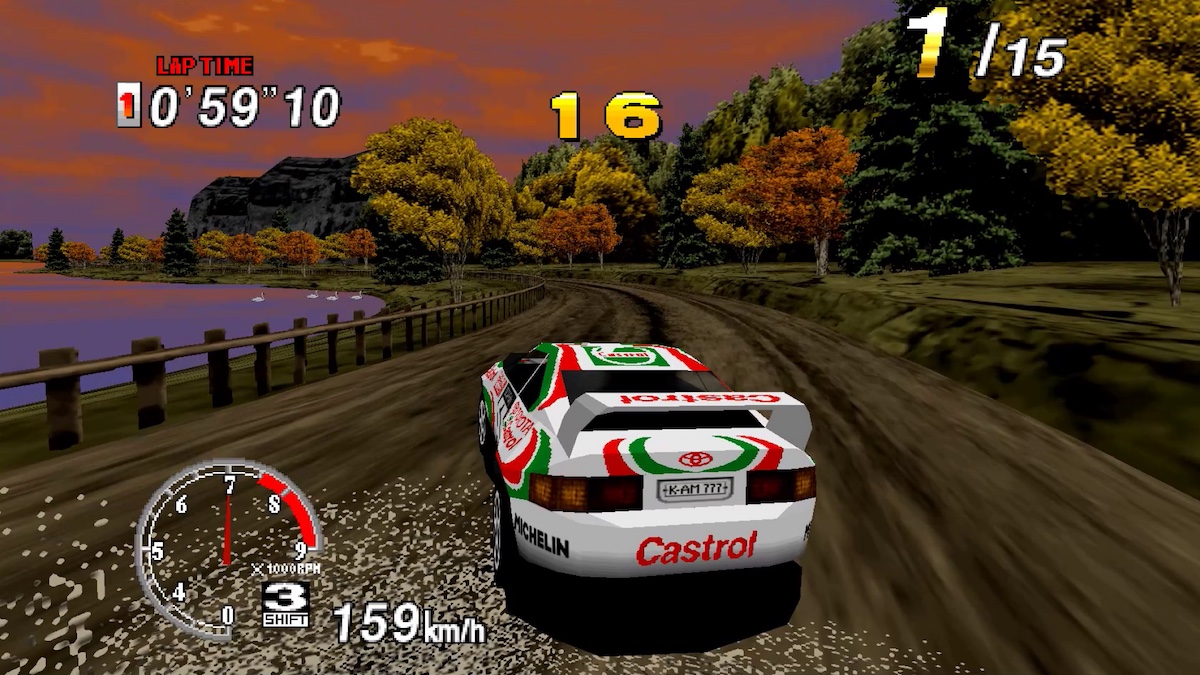 Throwback: ‘Sega Rally’ was an integral part of our youth
View other articles about:
Read the Story →
This article originally appeared on Topgear.com. Minor edits have been made by the TopGear.com.ph editors.
Share:
Retake this Poll
Quiz Results
Share:
Take this Quiz Again
TGP Rating:
/20