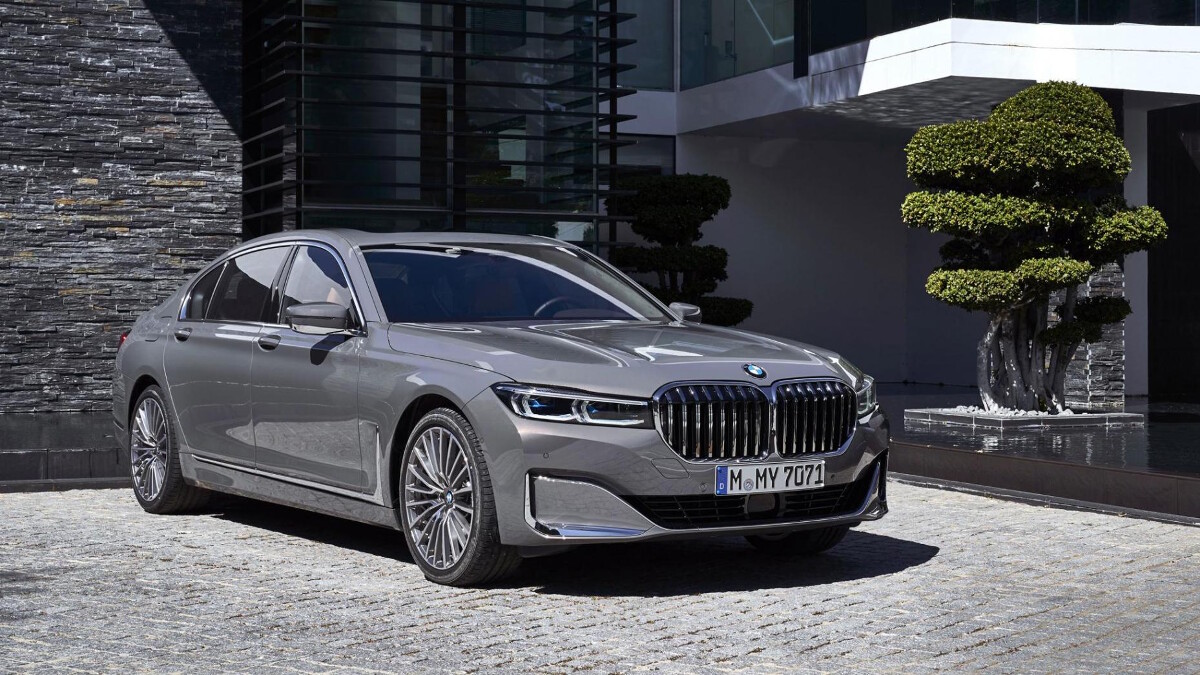 It’s little wonder, then, that so many manufacturers have called on Munich to power their cars. And, if we’ve done our job right, there’ll be at least one here that you’ve never heard of. Here’s the second part of the list. Read part one here. 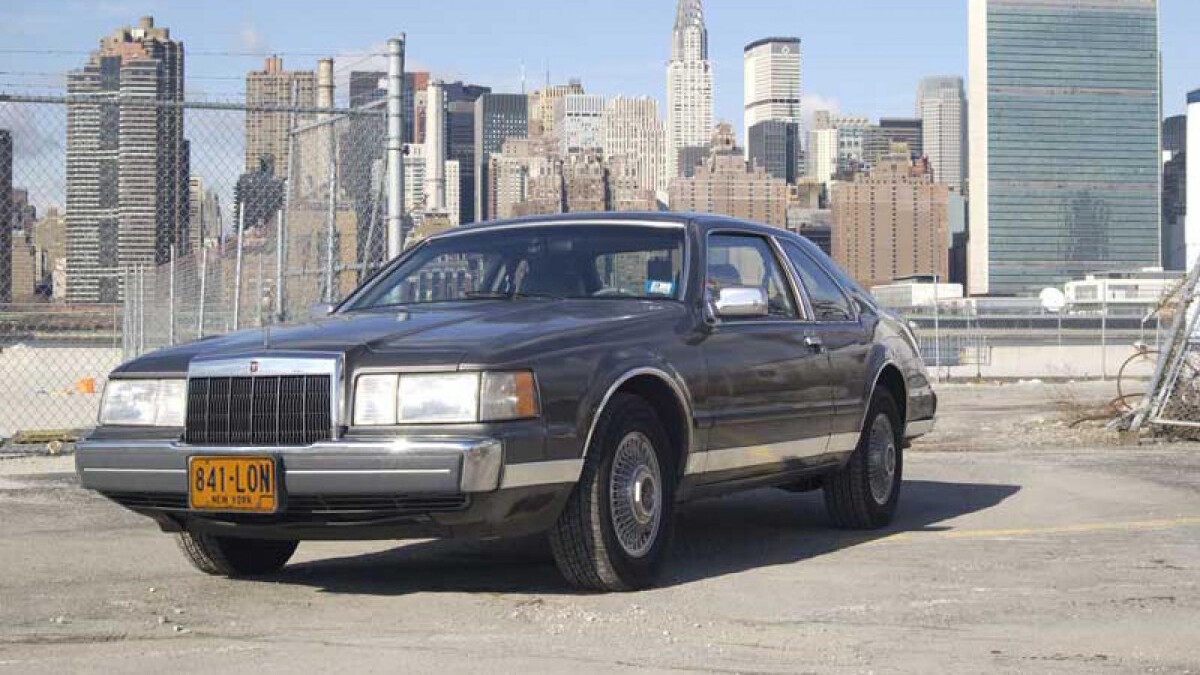 You’d never think that the most quintessentially American luxury land barge would ever stoop to something so lowly as a diesel engine. This is the car that, in its heyday, had a curb weight of 2.5 tonnes, a 7.6-liter V8 engine, and suspension that traveled more than a backpacker looking for his purpose in life.

But, after the oil crises of the ’70s, Americans were less than enthused about getting under 5km/L when it was entirely possible that fuel could either spike in price for the umpteenth time or supplies could dry up completely, as per 1973.

The answer? Well, General Motors tried to make a diesel engine out of a gasoline one, with easily surmisable results. Ford, on the other hand, went to Germany in search of a diesel that’d fit the bill for its smaller, more efficient Lincoln. And BMW came through again, with the M21 2.4-liter turbodiesel. Which also found a home in the next car on this list... 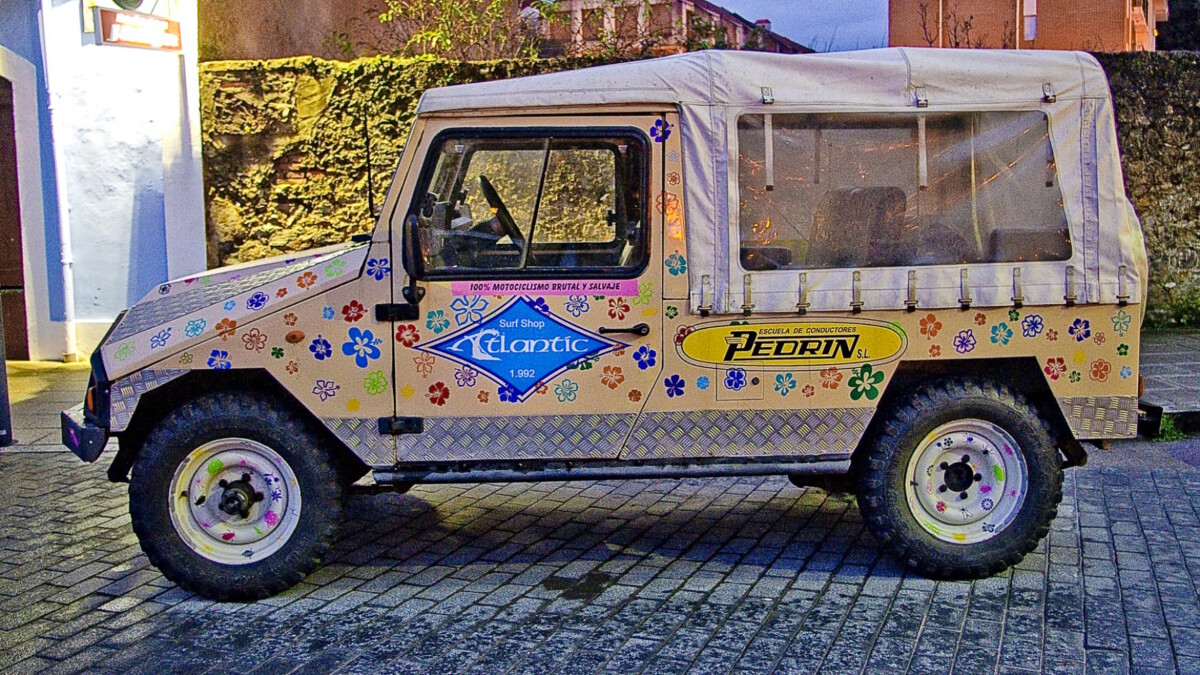 Told you we’d start getting esoteric! Well, unless you’re already up on Uniao Metalo-Mecânica’s attempt at a Portuguese Land Rover. Which, we have to admit, was pretty successful with paramilitary organizations in the Iberian peninsula, as well as France, Angola, and the Democratic Republic of the Congo. As many as 10,000 were sold, including a comparative handful to private customers. One even ferried some Catholic bloke called Pope John Paul II around Portugal in a bulletproof box.

So, how does BMW fit in? In the engine bay, of course! While the Catholic chariot had a naturally aspirated diesel from Pope knows where, the 1992 customer models were blessed with the choice of two BMW turbodiesels or the straight-six from an E34 525i. 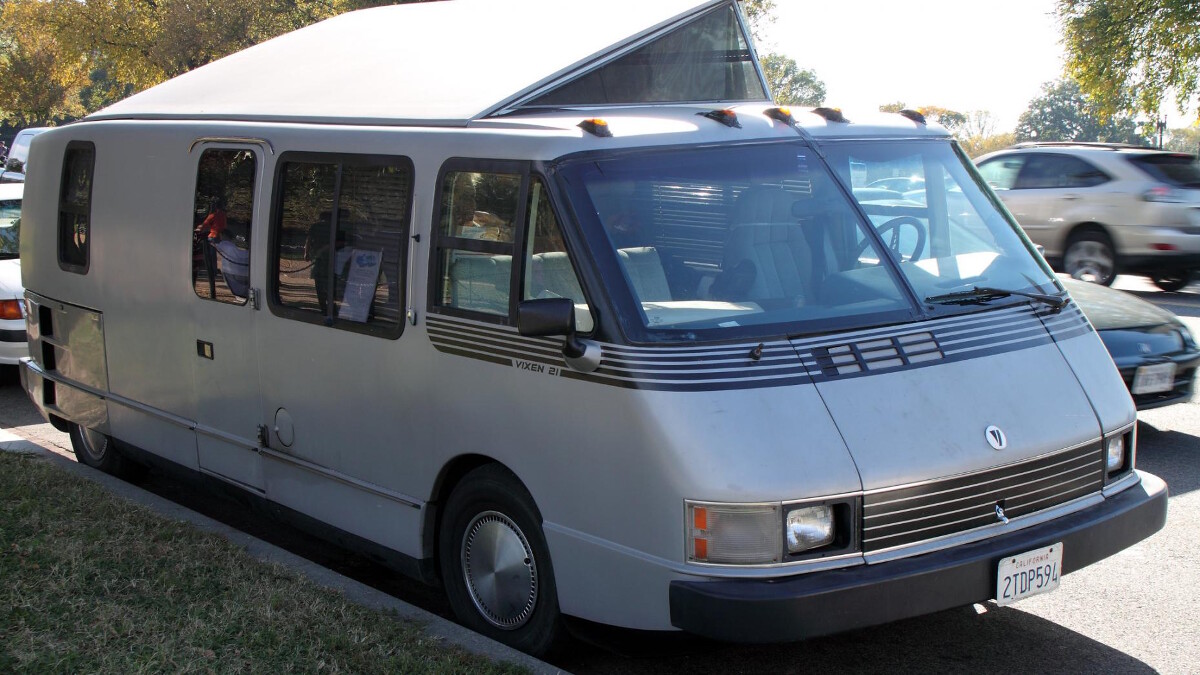 Americans love a motorhome. Well, none of the ones we’ve met do, but some of them have to, right? The place is lousy with them.

But perhaps one of the least lousy (especially if they’ve recently sprayed for bugs) is the Vixen 21. With a low-slung aerodynamic body that was genuinely honed in a wind tunnel, styling that made it look like Chevy Chase was about to jump out of it, and the promise of a full double bed and 600-watt microwave, we’re already on the hunt for one of our own.

Add in a BMW straight-six diesel (as used in the Lincoln Continental!), air suspension by Cadillac, and a manual transaxle gearbox by Renault, and you have the United Nations of automobiles. By which we mean lumbering and slow to react. 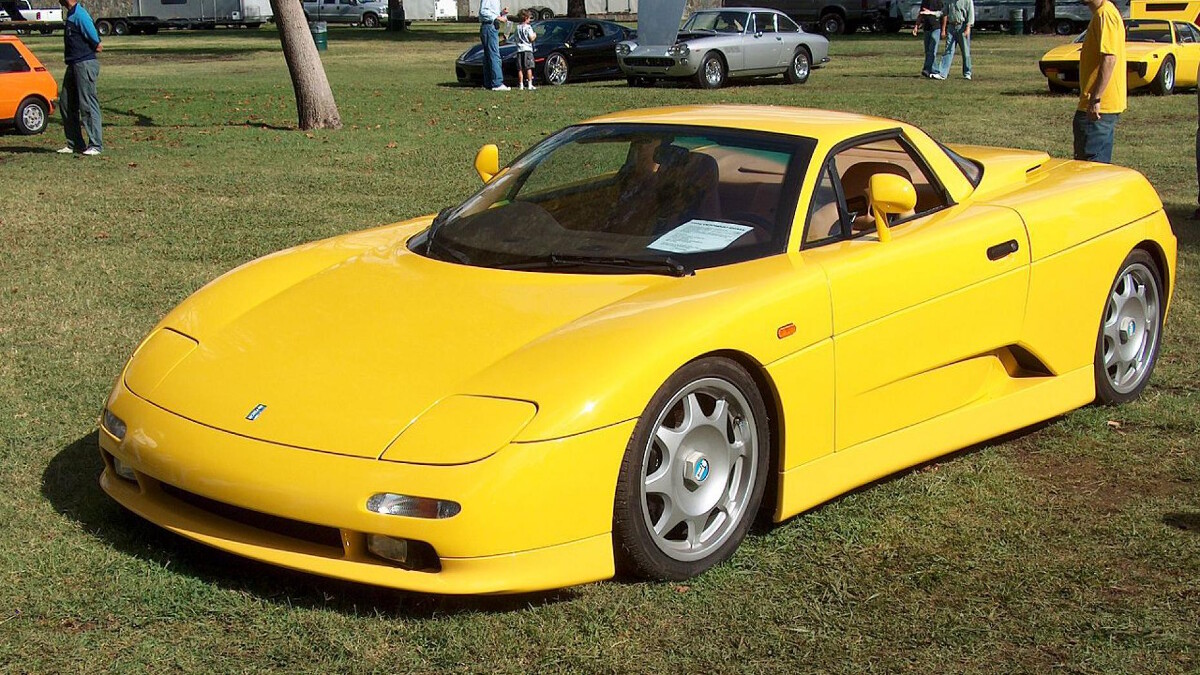 What you’re looking at here is the very last De Tomaso car that Alejandro de Tomaso ever brought to market. Based on the Maserati Barchetta race car, which was built at the De Tomaso factory in Modena, the Guarà was the road-going version that Alejandro envisioned would wear a Maserati badge. But after he sold his controlling stake in Maserati to Fiat, he didn’t have quite so much a say in all things trident-badged.

The answer? The first De Tomaso sports car since the Pantera’s introduction in 1971: the Guarà. The Pantera, if you can believe it, was still on sale in 1993, so it was finally retired in favor of the aluminium-backboned, carbon-fiber-bodied, mid-engined, BMW-powered Guarà. Well, at least to begin with—from 1993 to 1998, the M60 V8 from the 840Ci did the job of lugging around all 1,200kg of De Tomaso, until it was swapped out for a heavier 4.6-liter supercharged Ford engine. Because of course it was. 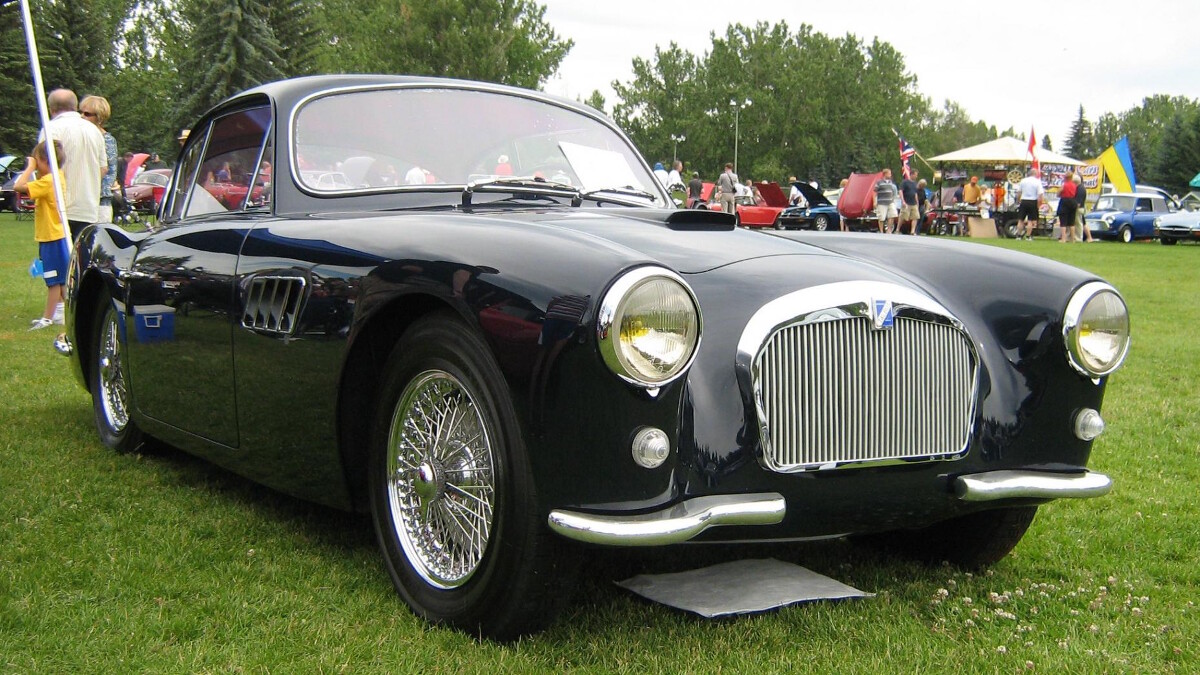 It’s not just modern(ish) oddballs that rely on BMW engines—even as far back as 1957, when on-its-way-out Talbot-Lago bought the 2.5-liter overhead-valve V8 from BMW. Two years later, Talbot-Lago’s whole kit and caboodle was sold to Simca, who dropped the BMW V8 in favour of a V8 of Simca’s own making. Only problem? It only had about two-thirds the power... 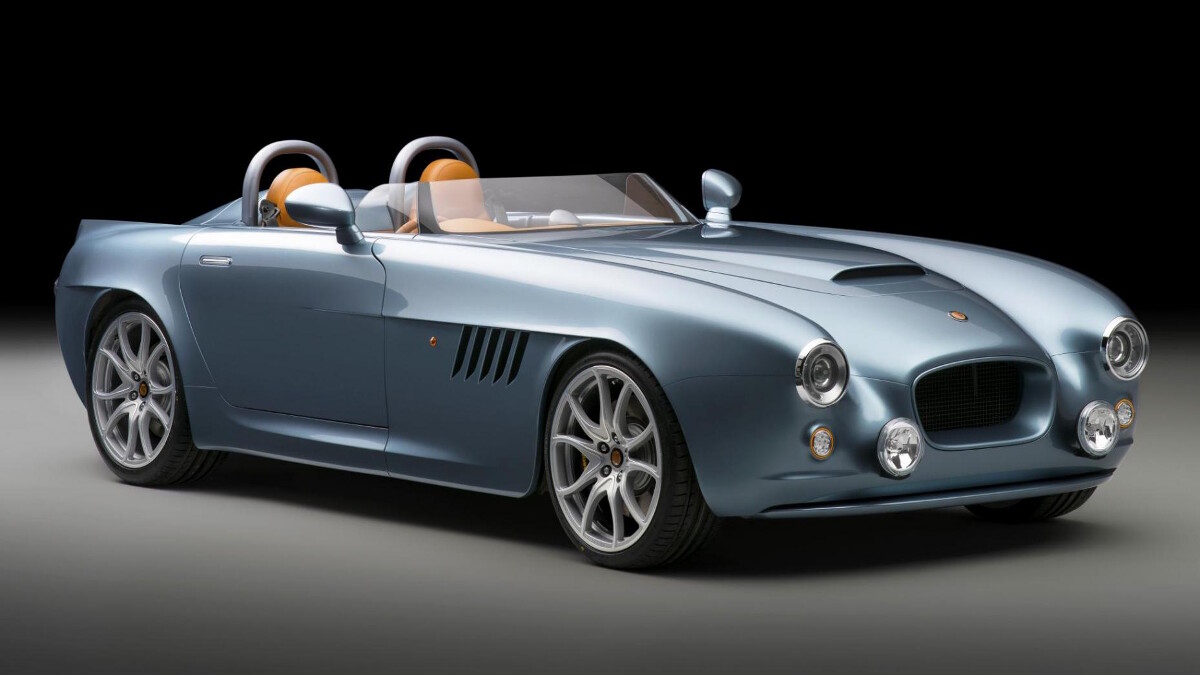 With all this talk of oddball, super-low-volume manufacturers, it was only a matter of time before Bristol said ‘hold my real ale.’

While Bristol aficionados will dust off their slacks, neatly fold today’s Financial Times, and point at you with the stem of their pipe that Bristols used Bristol engines, the fact is that these paragons of English finery had their roots in Germany. Kind of like that mob in Buckingham Palace, now that we think of it.

And Bristol’s proposed comeback car? Well, they bit the bullet and went back to BMW, scoring its 4.8-liter V8. And then they called their creation...the Bullet. 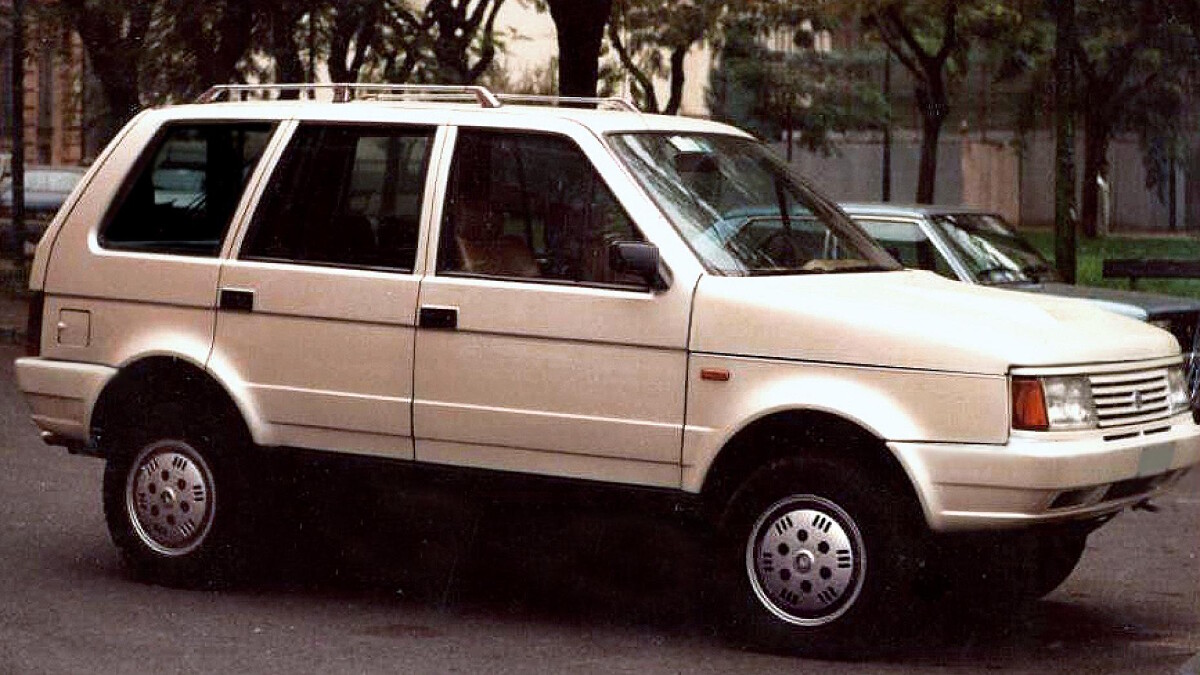 Never heard of it? Well, let’s do the CliffsNotes version so you can bore your friends later on. Design by Tom Tjaarda—a firm Top Gear favorite, responsible for the lines of the original 124 Spider, the De Tomaso Pantera, and the the Ferrari 365 California. Inspiration by none other than the Range Rover. Power by...well. Some of the absolute greats—Alfa’s Busso V6, for one variant. A supercharged Lancia 2.0-liter in another. And BMW’s venerable M30 straight six—in this case, the 3.5-liter from the 635CSi.

Later on, they slapped American V8s under the hood and called it the Laforza. Even though the Magnum and the Laforza sold in the thousands, it wasn’t enough to sustain the La-Magnum. And the world would never see a luxury SUV again—er, wait. The other thing. 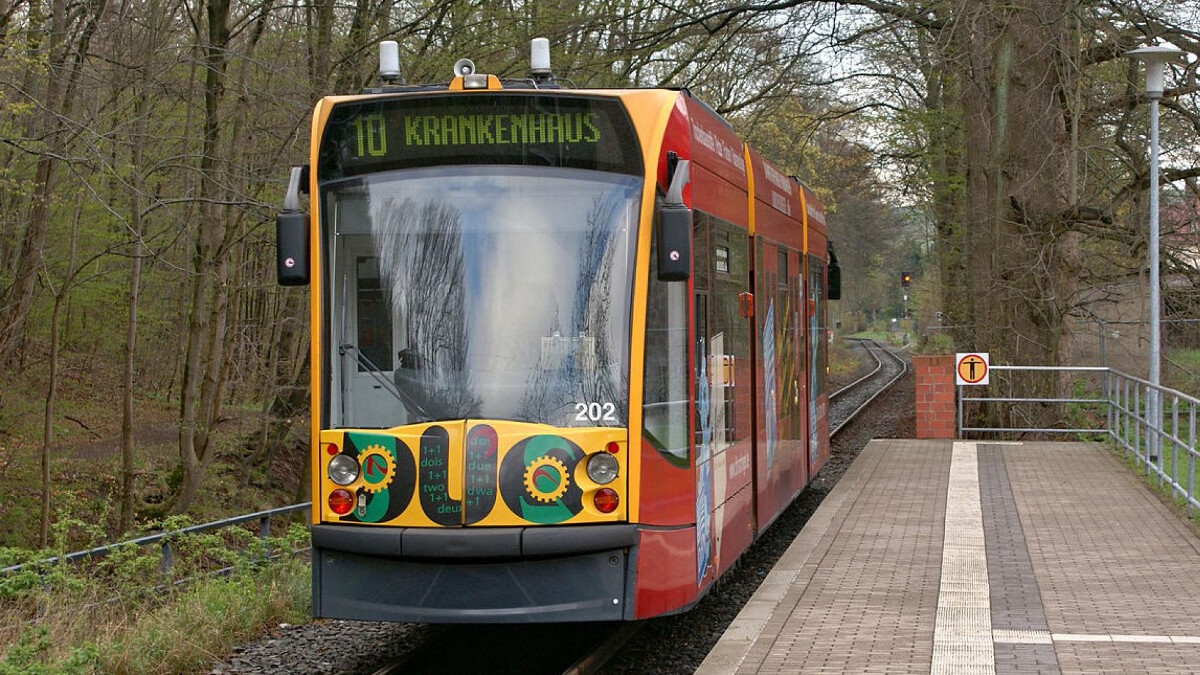 It might just be us, but we think trams are cool because: a) they’re not a bus, the unholy spawn of boredom and motion sickness; and, b) even though they’re not buses, you still get to tool around on city streets, looking at all the very pretty buildings, instead of being underground, deafened, and fed a lungful of dust.

Or it could be because desperately cool and/or wonderfully beautiful cities like Copenhagen, New Orleans, Helsinki, Prague, Bordeaux, Budapest, Amsterdam, Oslo, and Lisbon have them. In Lisbon, the old ’30s trams are a tourist attraction in and of themselves.

By now, you’re probably thinking, ‘Hmm...don’t trams use electricity?’ And you’d be spot-on. But, in some cases—such as where trams go beyond the electrical grid of the city center and push out to further-flung locations—they use engines. Specifically, in the case of the DuoCombino, a BMW M67 3.9-liter twin-turbocharged V8 diesel. Should have called it the Combino M Sport. 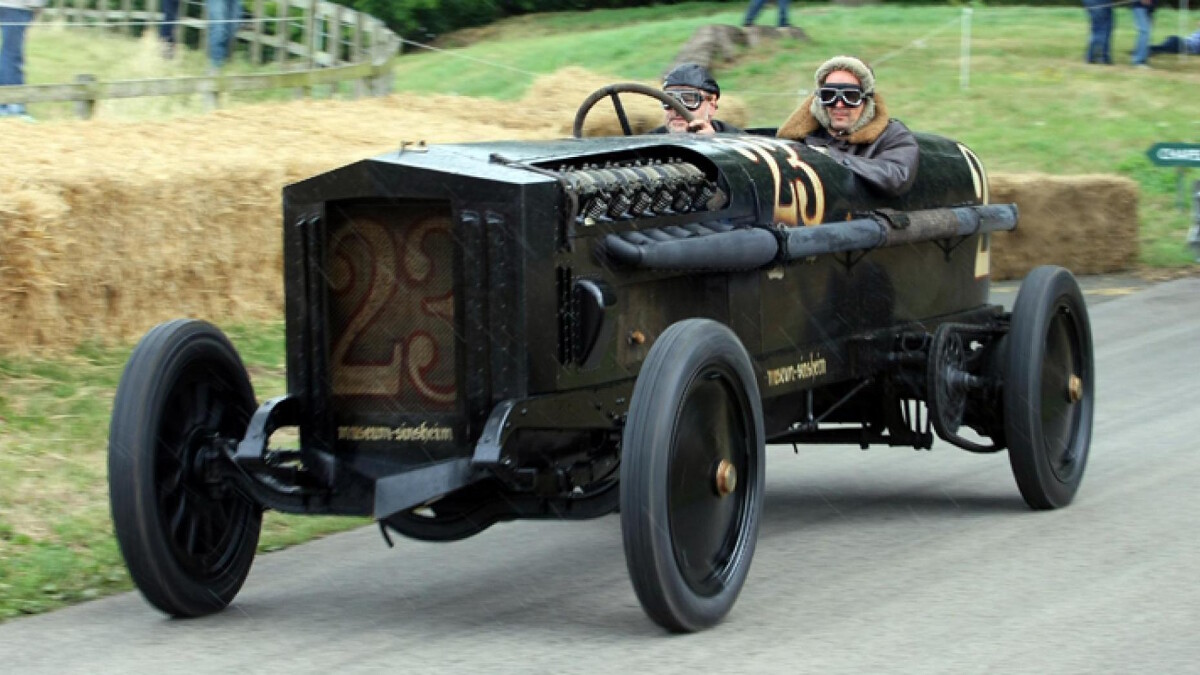 When they say ‘go out with a bang,’ we’re pretty sure they never meant a literal one. Well, a series of exceptionally loud going-out bangs is what you can expect to hear from the exhausts of the 46-liter BMW aviation-engined Brutus, perhaps the best case of ‘I see the how, but not the why’ that we’ve ever encountered. 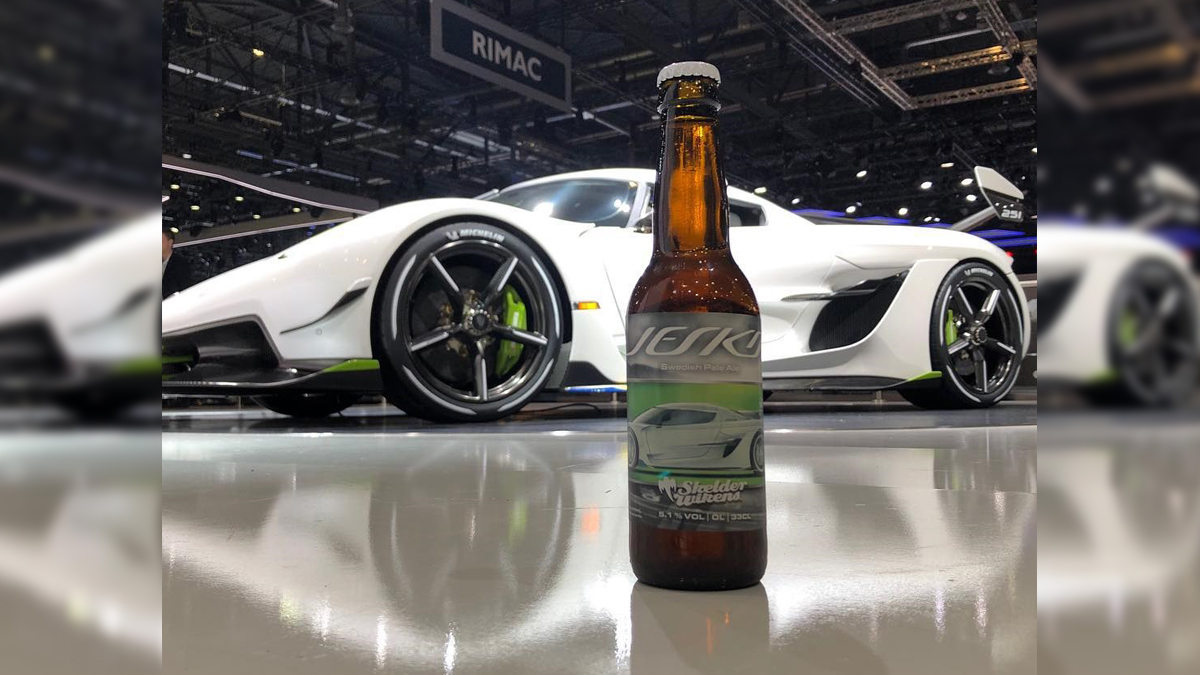 Koenigsegg serves limited-edition beer at its supercar launches
View other articles about:
Read the Story →
This article originally appeared on Topgear.com. Minor edits have been made by the TopGear.com.ph editors.
Share:
Retake this Poll
Quiz Results
Share:
Take this Quiz Again
TGP Rating:
/20