The BMW X1 has grown into a big and comfortable hauler

We take it for a drive to Subic
by Dinzo Tabamo | Jul 4, 2017
CAR BRANDS IN THIS ARTICLE 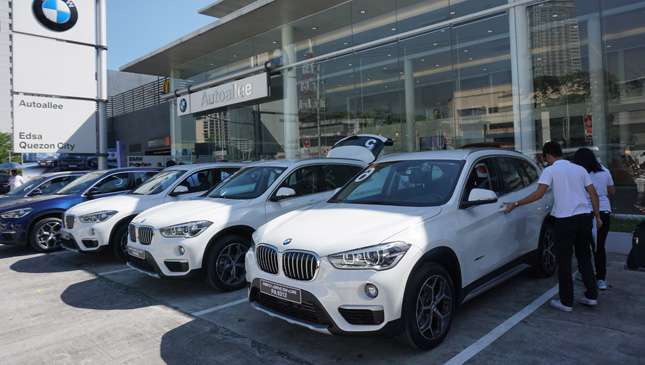 The BMW X1 began its life as an outlier in the model lineup, back when it was first introduced in 2009. Too small to be a useful SUV and too big to be an ultimate driving machine, the crossover was an odd little thing.

But drive it and you felt the family DNA right away. If you’re not hauling basketball players and their luggage, it was great for long drives and out-of-town escapes. It actually made more sense—or at least was purer in spirit—than the confusing GT models.

Now there’s a new generation being actively promoted by BMW Philippines, and we had a chance to drive it to Subic for a quick jaunt last summer.

On a hot weekday morning we gathered at the Autoallee BMW showroom in QC. After a quick breakfast and briefing, we went to our assigned X1s. I was in a white unit with two gentlemen from a local newspaper and a magazine.

I rode shotgun for the first leg, and it was apparent how much roomier the new X1 is over its predecessor. Legroom was much improved, and the A/C easily made the Manila heat dissipate inside the cabin.

The drive to our first stop, Premier Cars BMW in Pampanga, was pleasantly uneventful. We enjoyed the snacks in the car and the comfort provided by the X1’s smooth ride. 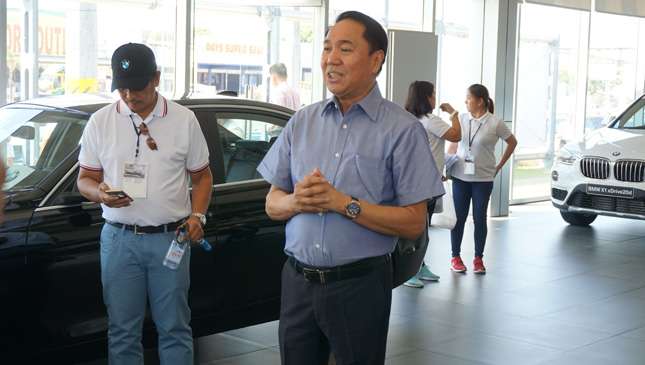 From Premier Cars we headed to Pradera Verde in Lubao for a challenge prepared by BMW PH. The X1s were placed on a helipad, and using drones provided by the organizer we were to take the best photo we could of the new X1. 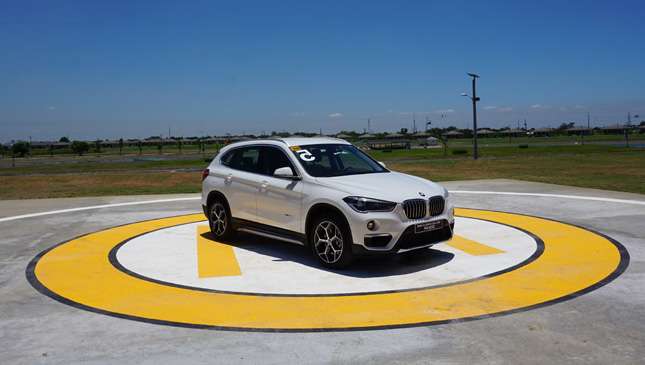 The previous X1 wasn’t bad looking at all, so there wasn't much to improve on. But the new generation still manages to look better in certain ways. In the white unit, you can clearly see the clean lines and the bold face. I’m not particularly fond of the taillights because they remind me of the 2-Series Active Tourer—they might actually be the same lights. But the beautiful wheels and the handsome fascia win me over.

So there’s no problem with the X1’s look, the challenge was giving it justice using a drone, and no one in my team had operated a drone before. In the end we tried our best to just not crash into the the X1, although I almost hit someone’s crotch with our flying camera. 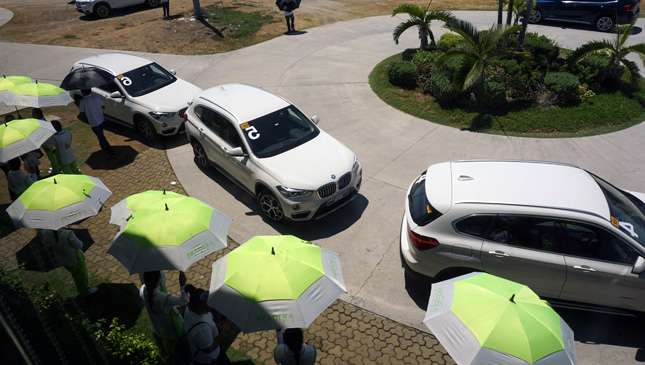 After a good lunch, it was my turn behind the wheel. As the X1 xDrive 20d’s name implies, this is powered by a 2.0-liter turbodiesel, what BMW calls a TwinPower Turbo. An eight-speed automatic transmission manages 187hp and 400Nm. This torque figure is almost how much the 3.0-liter turbodiesel in the very first X5 was making, so you can see how much BMW diesel tech has advanced.

On the road there was no trouble maintaining a fast convoy. But with three people and some luggage inside, I noticed the crossover ‘panting’ a little at the top end of the power spectrum. This was when I had to catch up with the convoy after we got temporarily separated. When I adjusted the driving mode to a sportier setting, the X1 had an easier time keeping pace. The brakes, as always, are still spot on. 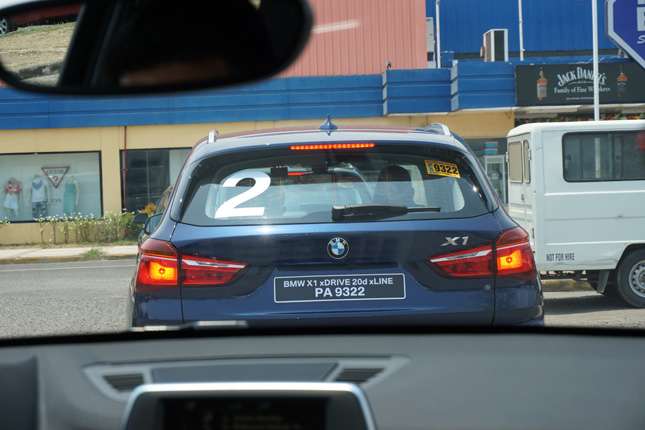 The cabin is an evolution of the BMW interior: fat steering wheel, iDrive in the middle, logical climate controls with knobs and buttons, and a low dashboard for a good view of the road. There are also several storage spaces for coins, receipts and the knick-knacks we tend to accumulate.

The next destination was our home for the night, ACEA Subic Bay Resort. This was a new resort and the rooms almost had a new-car smell. From what I could see, all the rooms faced the ocean, and the beach was only a stone’s throw from where we would sleep. This was the kind of place that calms you from the moment you arrive.

Right after we checked in we were given another challenge on the beach. Showing off the X1’s bigger cargo area, we had to count how many items were inside without opening the rear hatch. After counting several items of luggage and gym bags, the X1s on the beach presented the perfect opportunity for a photo op, so we did. 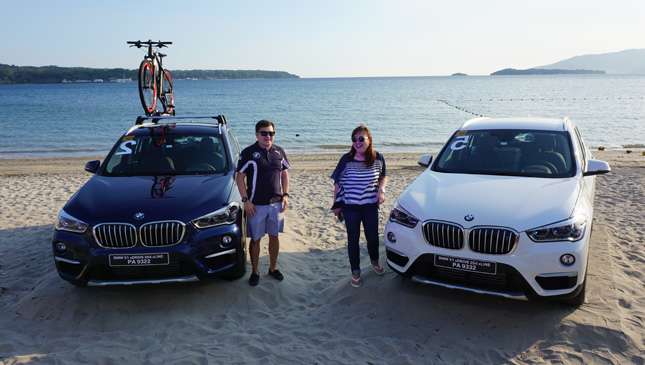 The day ended with a yacht cruise, dinner by the beach, and drinks while listening to a great acoustic band.

On the drive back home the next day, it was my turn to seat in the back seat. This time I really appreciated the X1’s extra room. I probably could have crossed my fat legs with all the legroom, and this was with an adult sitting in front of me. 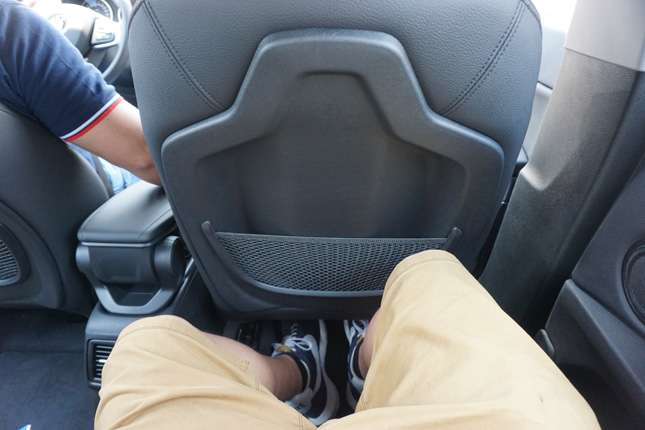 With the A/C easily beating back the torrid Zambales heat, I relaxed in the back and even nodded off at times. 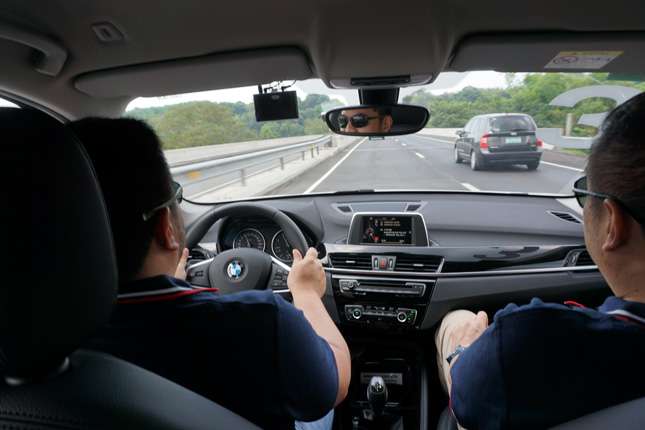 We arrived back in Autoallee BMW refreshed and recharged. The accommodations prepared by BMW PH helped, but a refreshing road trip is defined by the comfort of the car. The X1 is larger, roomier, and has a more pleasant ride now. While I miss the sporty handling and the compact size of the first-gen X1, families will appreciate the bigger BMW crossover now. 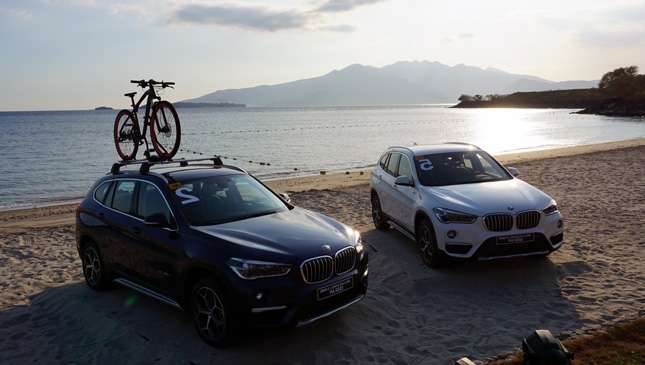 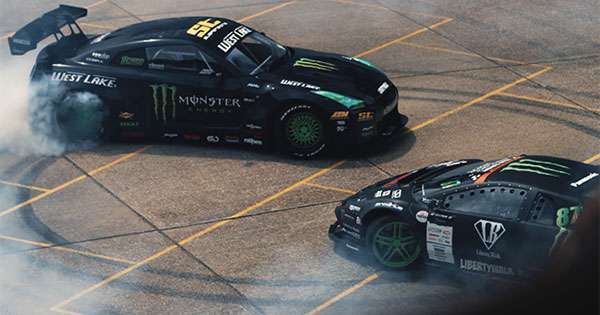 The best of YouTube: Lamborghini Murcielago vs. Nissan GT-R drift battle
View other articles about:
Read the Story →
This article originally appeared on Topgear.com. Minor edits have been made by the TopGear.com.ph editors.
Share:
Retake this Poll
Quiz Results
Share:
Take this Quiz Again
TGP Rating:
/20