Everything you need to know about Bugatti

This Italian-sounding French marque was at one point German. Cue confusion
by Craig Jamieson | Aug 8, 2021
CAR BRANDS IN THIS ARTICLE

Who’s Bugatti, and when did it start making cars?

Bugatti is the car company that even non-car people have heard of. That’s what happens when you’ve built the world’s fastest, most expensive cars for the best part of two decades. Car people, on the other hand, will know that Bugatti stretches back a mite more than two decades.

It was 1909, in fact, when Ettore Bugatti first opened shop in Molsheim. And as a small indicator of the length of time that’s passed since then, Molsheim was still in Germany at that point. It was then French for a bit, then back to German. It’s now French again, in case you were curious.

Where are Bugattis built, and how many does Bugatti build a year? 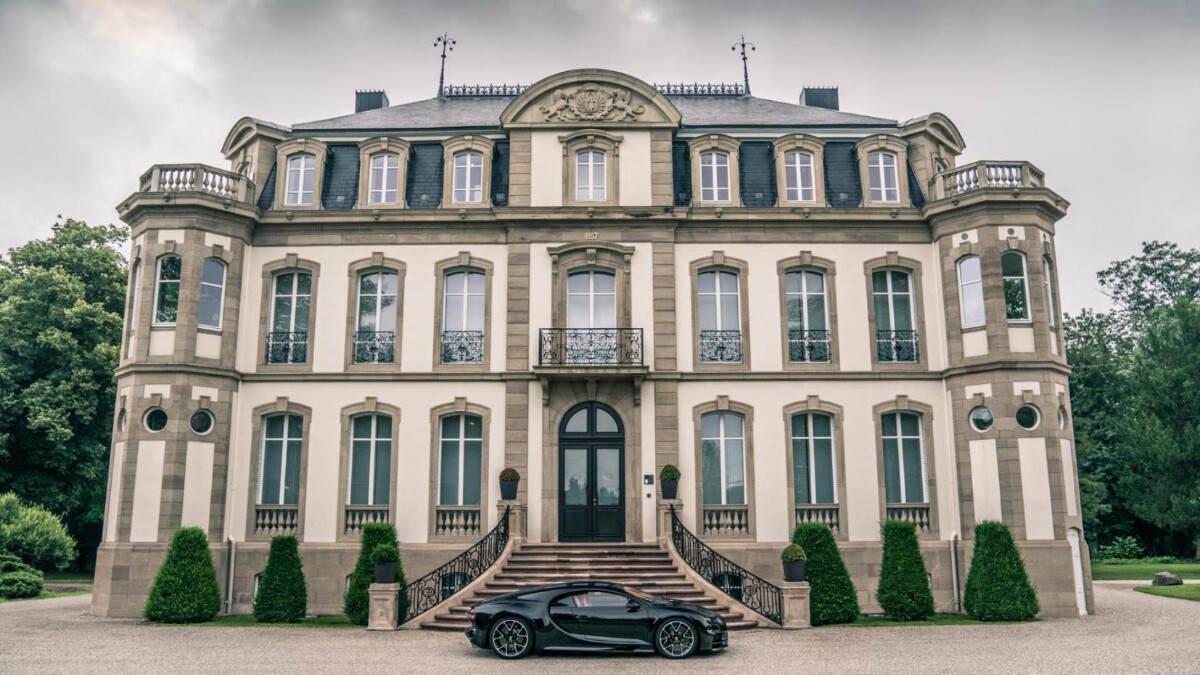 Molsheim, coincidentally enough, is also where Bugattis are built today. And you’d better believe it’s at a facility fancy enough to befit the level of automotive excellence (and some might suggest excess) of Bugatti’s oeuvre.

As you might expect from hand-built hypercars, these are not exactly being stamped out at record speed. Add in the fact that each car is subjected to the kind of quality control that’d make a Rolex engineer nervous and you’ve got a lengthy lead time on each machine. Working at full tilt, Bugatti delivered 70 Chirons in one year of production.

What cars does Bugatti build? 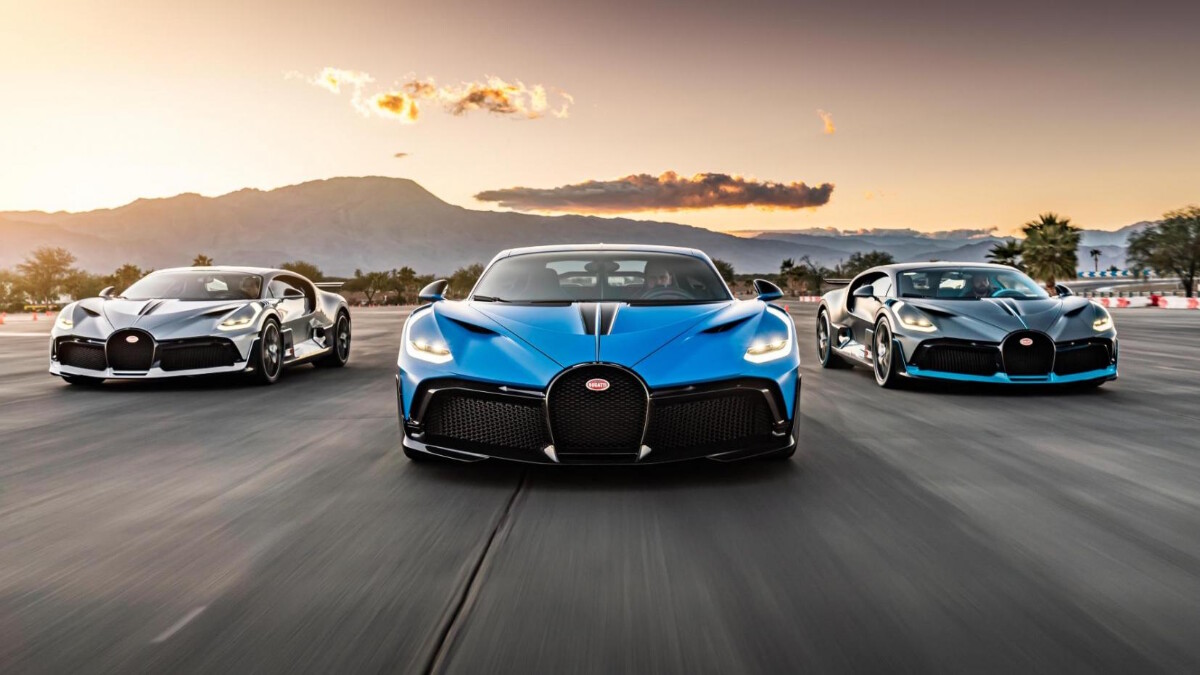 Would it be unkind to say the Chiron, then a bunch of Chiron-based cars? That’s for you to decide. The fact is that the same 8.0-liter W16, carbon-fiber body, and four-wheel-drive system form the basis of everything coming out of Molsheim. But to look at that and scoff would be like scoffing at Woodford Reserve bourbon forming the basis of both Manhattans and Old Fashioneds.

You’ll see Chiron-labeled special editions like the Chiron Super Sport 300+, the Chiron Pur Sport, and so on. You’ll also see entirely new names (and shapes) draped on familiar forms and formats—the Divo, for instance, which has just wrapped up production. Then there’s the limited runs and the one-offs, like the Centodieci and the Voiture Noire.

What’s the cheapest car Bugatti builds, and what’s the most expensive it builds? 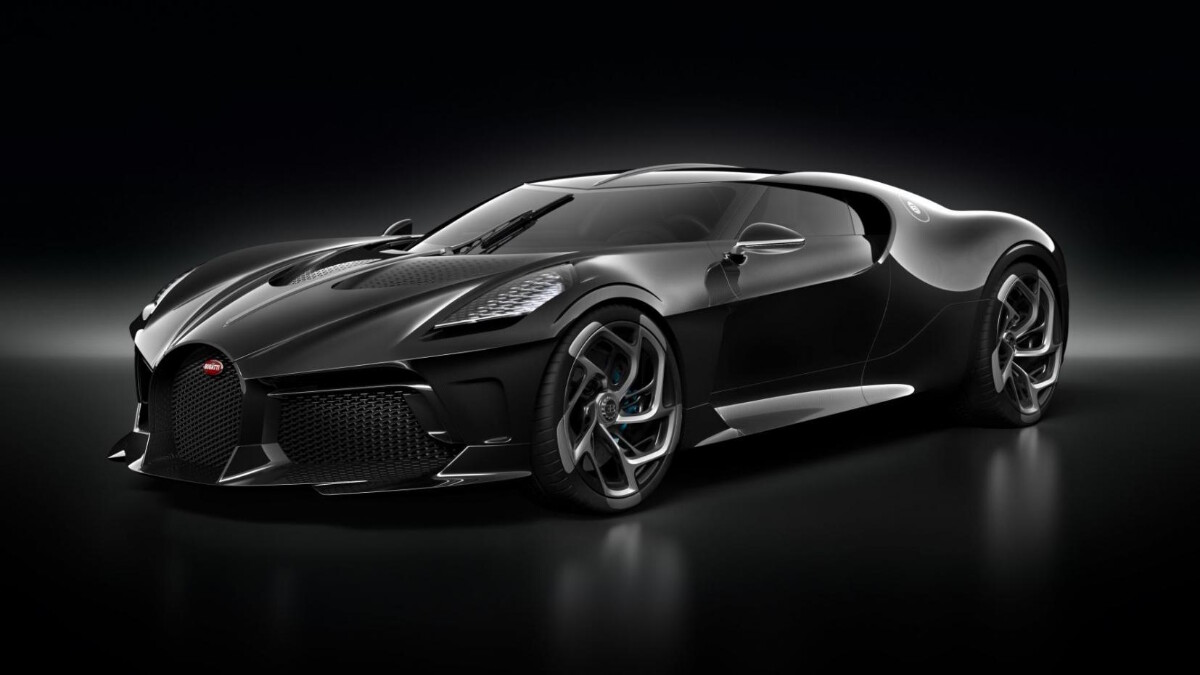 We suppose that the least crushingly expensive Bugatti is the ‘standard’ Chiron, which sets you back somewhere around the £2-million mark (P138.5 million). 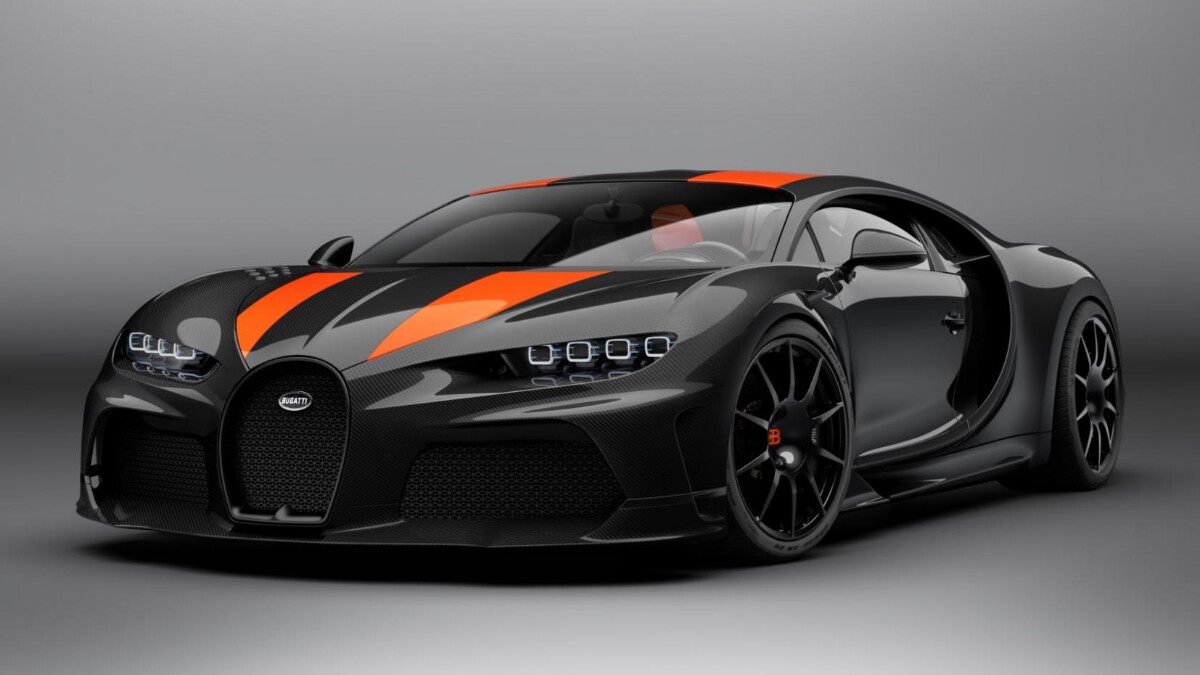 See, now we’re talking. This is Bugatti’s wheelhouse, and the perfect place to slip in a Hunter S. Thompson quote: “Faster, faster, until the thrill of speed overcomes the fear of death.”

The thrilling speed in question is 304mph (489kph), courtesy of the Chiron Super Sport 300+, named for fairly obvious reasons. 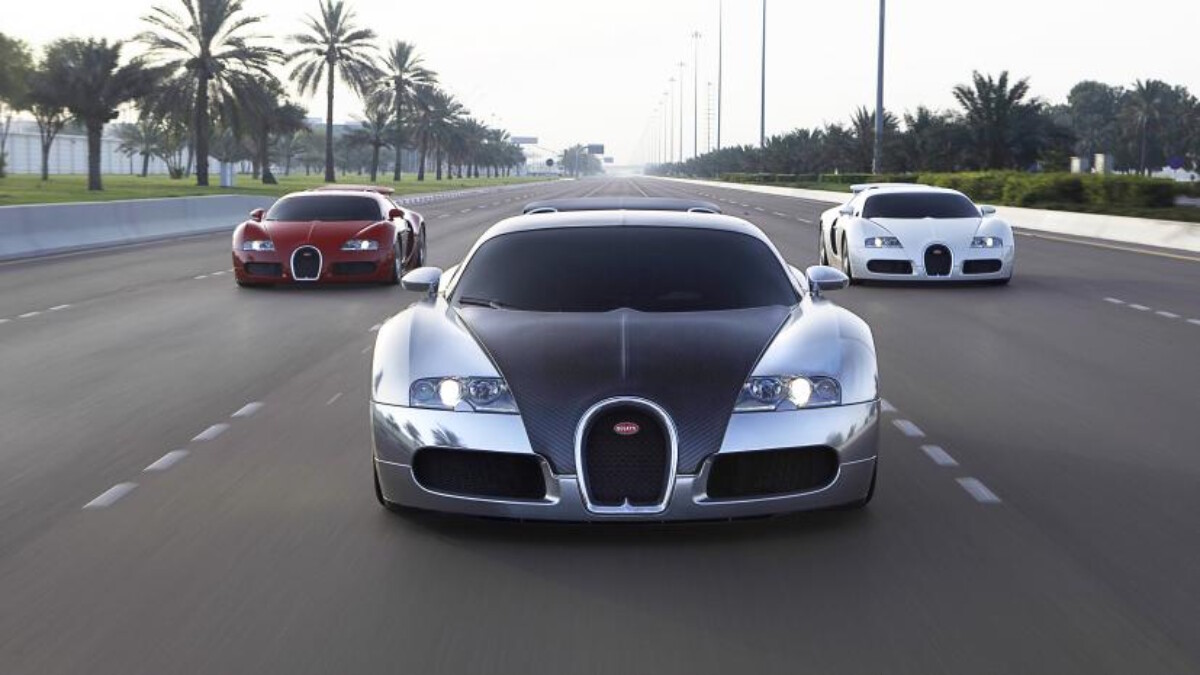 It has to be Bugatti’s revival at the turn of the century. It’s sort of taken as read these days that Bugatti makes exceptionally fast, extraordinarily engineered, and exceedingly luxurious cars. But think back a ways (or imagine, if you’re one of those young people we keep hearing about in the news) to the turn of the millennium. Bugatti was just a relic, a brand name weighed down by history and the specter of two failed companies.

Then along comes Ferdinand Piech, who has the money, team, and strength of conviction to basically will modern Bugatti into existence. For more insight, rewatch a few select Top Gear episodes from the early 2000s—the old trio was rightfully skeptical that a car like the Veyron could ever even exist. And then, seemingly through the triumph of engineering over physics, it did. And the car world was never the same again. 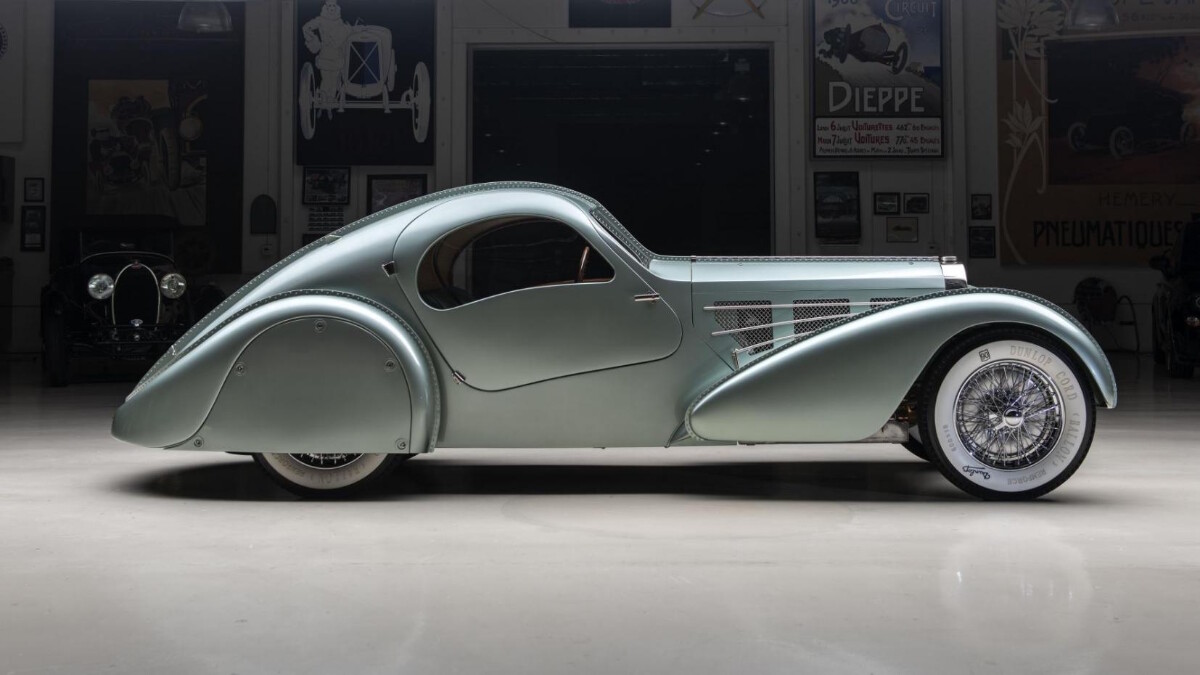 Probably when—and more important, how—it fell off the face of the earth for the best part of a quarter of a century. While Bugattis young and old are rightly lauded, the original iteration of Bugatti was moribund by the ’50s and defunct in the early ’60s. That’s partly due to Ettore Bugatti’s death in 1947, but the company’s fortunes began failing in 1939, when Ettore’s son Jean—an integral part of the company—met his end driving the Le Mans-winning Type 57G near the Bugatti factory.

It’d take more than 20 years before some enterprising Italians (with exceptional resumés, including the Miura and the F40) revived the brand. And yeah, they didn’t meet with tremendous fortunes, either. What they did do was: a) build the niche-cool EB110; and, b) get the attention of Volkswagen. Which, it must be said, was something of a watershed moment. 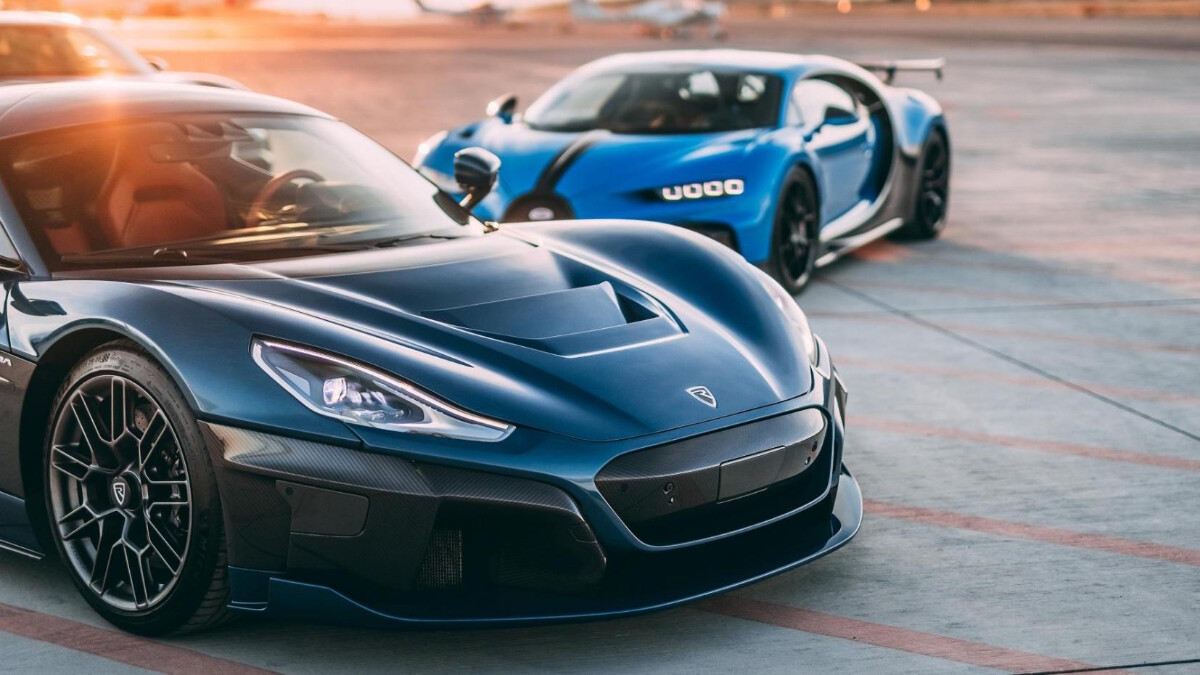 Maybe it isn’t super surprising for industry insiders and the like, but we have to admit to being genuinely surprised by the news that Bugatti would team up with Rimac.

Bugatti’s history stretches back beyond World War I, and its modus operandi to this point may as well be that performance comes from no-holds-barred internal combustion. Rimac Automobili, on the other hand, is just over a decade old, and regards internal combustion the way anyone not from Tennessee regards chewing tobacco.

But both companies are in the business of making obsessively engineered, ridiculously quick cars, just approaching it from opposite ends of the technological spectrum. Take into account that Porsche owns a hefty chunk of the newly formed Bugatti-Rimac and in Rimac itself, and the level of obsessive engineering starts to become almost meta-obsessive.

And think about it: Bugatti gets Rimac’s astonishing EV tech, and Rimac gets Bugatti’s near-bottomless well of luxury coachbuilding experience. Each brand gets something it wasn’t exactly famous for beforehand. And Porsche gets access to the best of both... 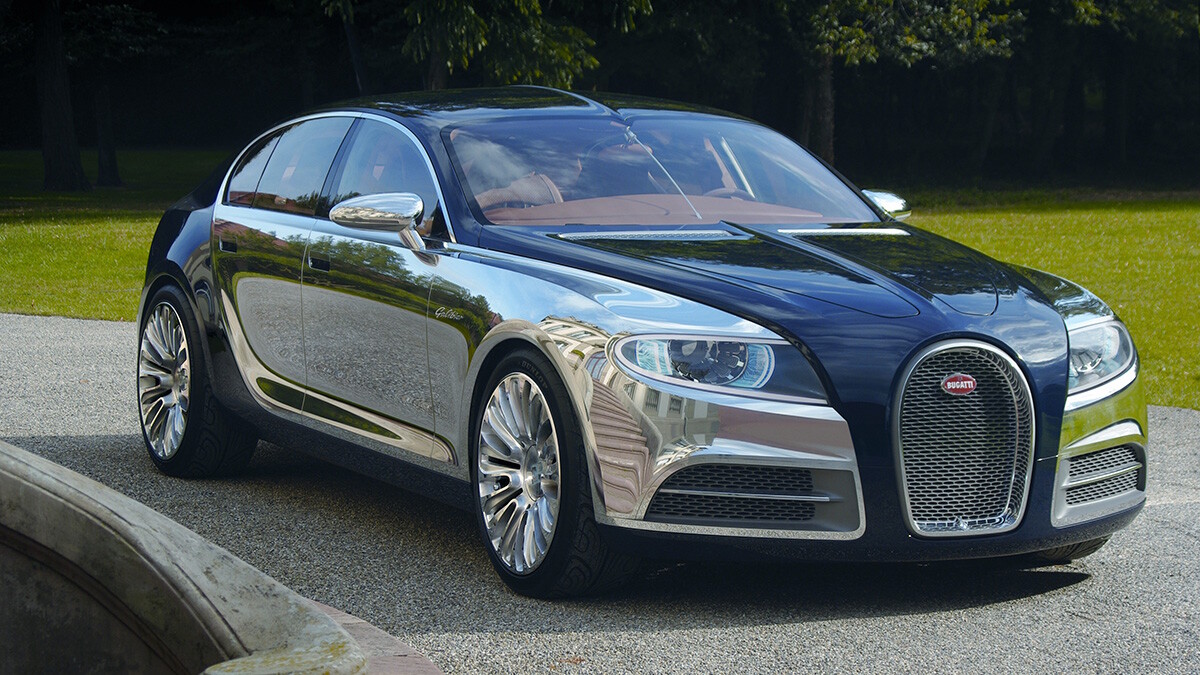 You’d be well within your rights to suggest the EB 18.4, the conceptual origin of the game-changing Veyron, but we can’t go (or indeed get) past the gorgeous Galibier. A super-sedan in the most definite definition of the word—16 cylinders, a thousand horsepower, four-wheel drive. And four doors.

A production Galibier would have been the ultimate challenger for Rolls-Royce, marrying Veyron speed with Roller-rivaling luxury. And while we’re not exactly occupying the 0.1% of people who can actually afford to own a Bugatti of any description, that doesn’t mean we wouldn’t benefit. We didn’t all fly on the Concorde or rocket to the moon; that doesn’t mean these creations and events didn’t form the bedrock of countless aspirations and inspirations.

And Bugatti was so close to building it for real. Just ponder that for a moment.

Tell me an interesting fact about Bugatti. 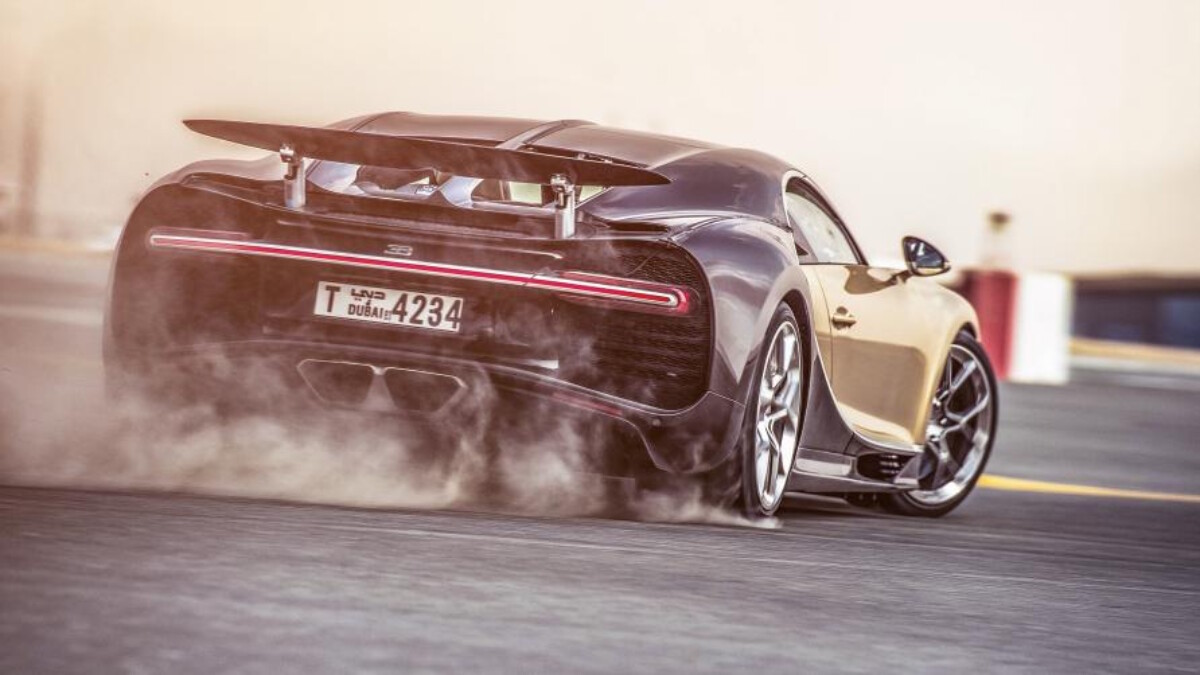 Well, we kind of already trotted out the usual interesting facts—fastest, most expensive, Germanically French or Frenchly German. So instead, let’s revisit the early days of Bugatti, when Ettore was still at the helm, and the world’s greatest automotive diss.

Recognizing the success of Bentley’s Le Mans-dominating, 1.8-ton leviathans, Ettore—who campaigned lightweight, technologically advanced cars in the same race—remarked that they were “Le camion plus vite du monde”—the fastest trucks in the world. If there’s an afterlife, no one tell Ettore how heavy modern Bugattis are, okay? 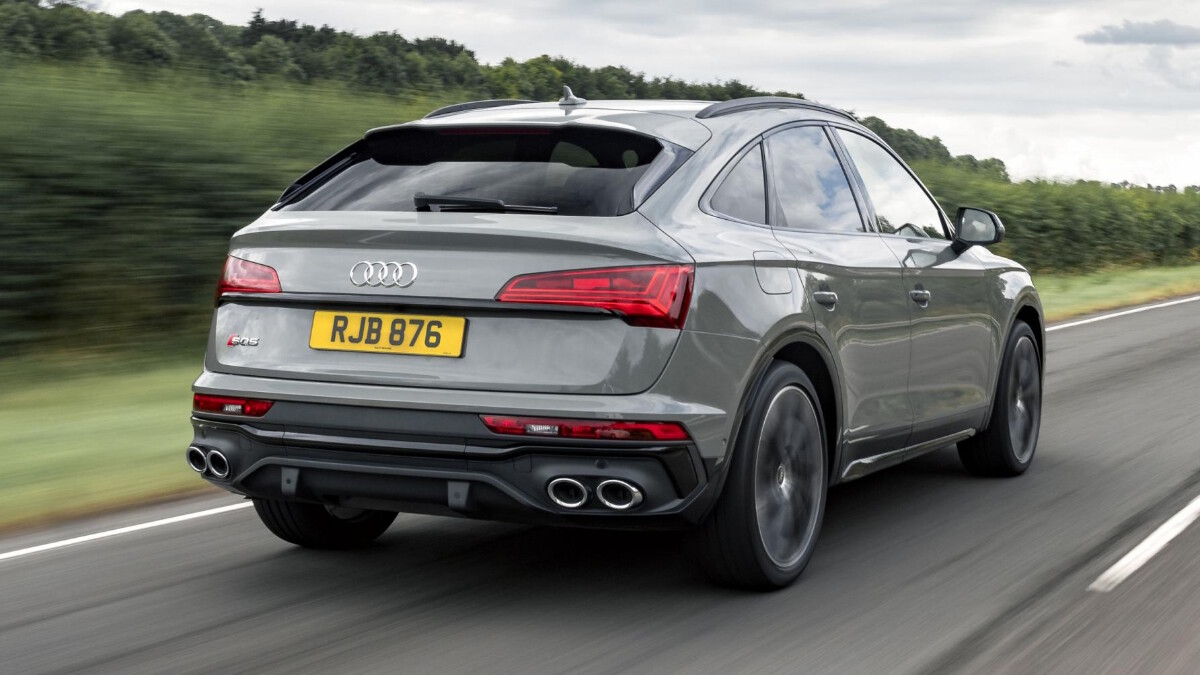 Which carmaker is the worst offender when it comes to mock exhaust tips?
View other articles about:
Read the Story →
This article originally appeared on Topgear.com. Minor edits have been made by the TopGear.com.ph editors.
Share:
Retake this Poll
Quiz Results
Share:
Take this Quiz Again
TGP Rating:
/20