Listed in no particular order
by Niky Tamayo | Dec 28, 2019
CAR MODELS IN THIS ARTICLE 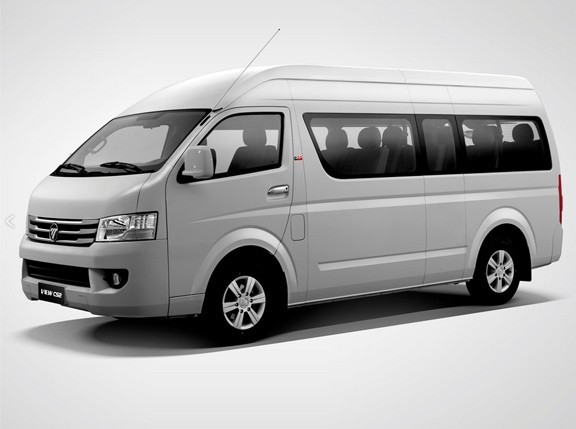 The 2010s are almost over, with just a few days left in the decade (or months, if you’re counting 2020 as the final year, as purists do). It’s been a wild ride since the global financial crisis of 2008, and the Philippine market has changed in a number of surprising ways.

Let’s take a look at the cars that have shaped the market over these past 10 years. 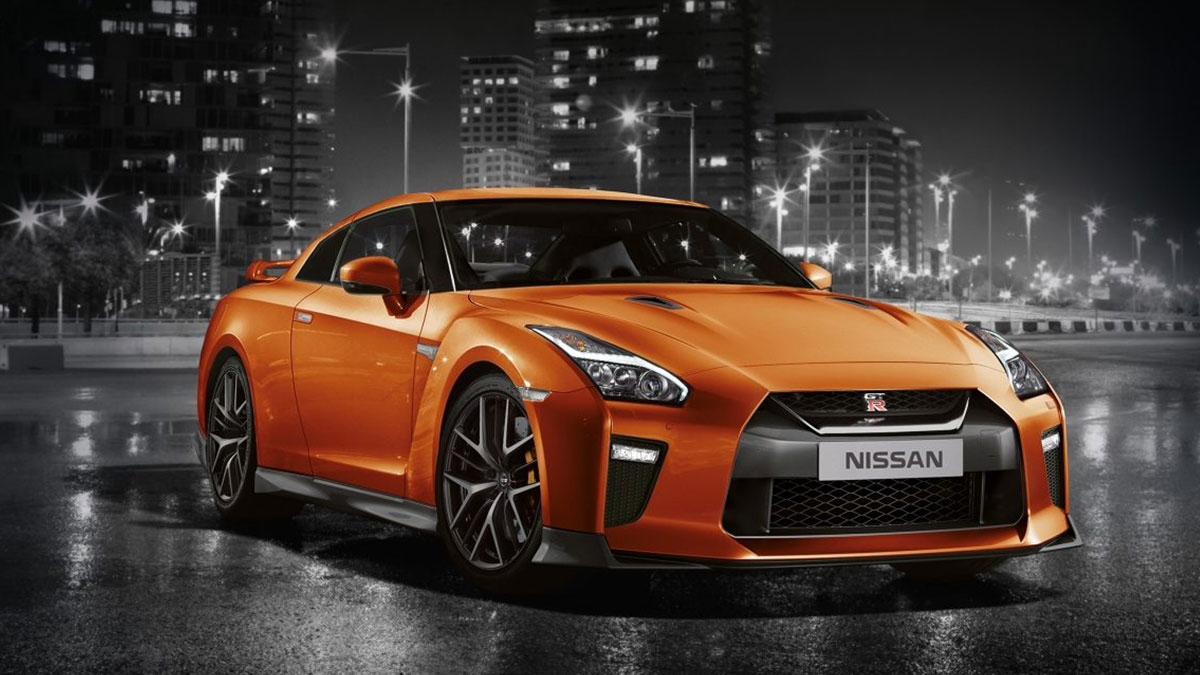 Now nearly 12 years old, this car spawned millions of Internet arguments over the definition of ‘supercar’ upon its launch. GT-Rs were soon dominating road rallies.

Thousand-plus horsepower kits became the new drug for affluent buyers weaned on Gran Turismo. Every new supercar had to be at least as fast as a GT-R to cut it. And thanks to gray-market and, by 2016, official imports, Pinoys finally had a chance at owning Ferrari-level performance without a Ferrari-level price tag—just run-of-the-mill lottery money.

Even now, with the launch of the equally radical mid-engined Chevrolet Corvette, people are still asking: “Is it faster than a GT-R?” 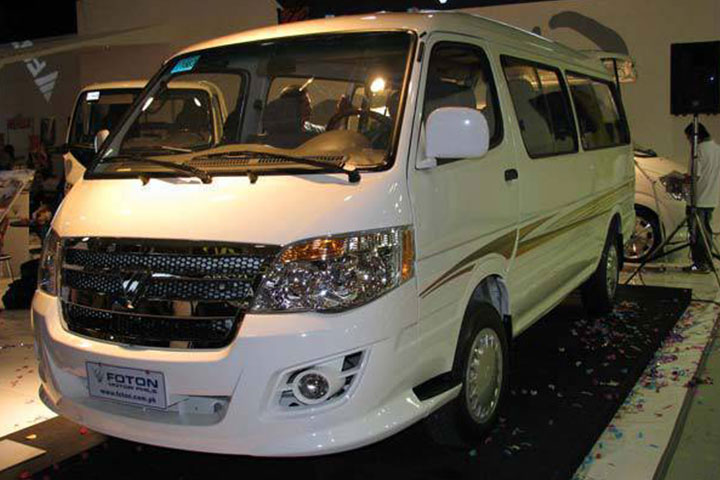 Ever driven an early Foton View? Anyone? No? I don’t blame you. Older Fotons were not very sophisticated. Basically cut-priced copies of Toyota and Isuzu designs with license-built Isuzu engines, these were not aspirational vehicles. But thanks to big government and fleet contracts, the brand has climbed its way into the local top ten. From early licensed and copied designs like the View and the Blizzard, Foton now sells fully modern vehicles like the View Traveller van and the Sprinter-a-like Toano.

As Foton lacks the oh-so-trendy crossovers that other Chinese manufacturers are riding on for market share, Foton’s backers are now bringing back Chery Philippines. Which has lots of crossovers. Watch this space. 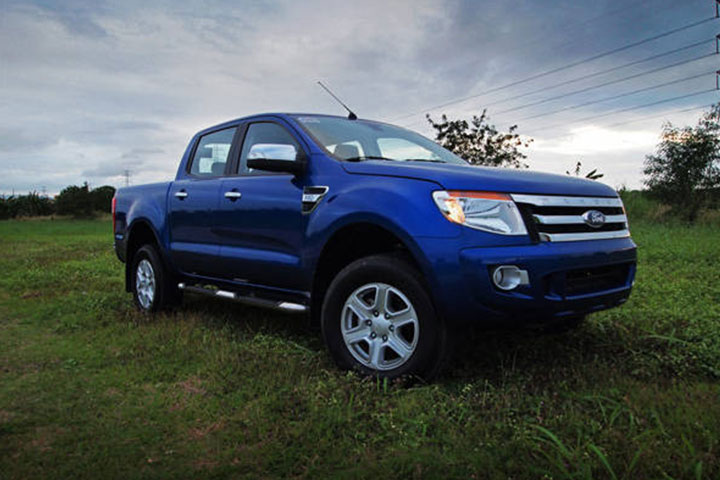 The past two decades have been a story of the rise and dominance of pickups and pickup-based passenger vehicles (PPVs) in the local market. While the Big Three Japanese currently dominate sales, it’s the Ford Ranger T6 and the luxurious T6-based Everest that have pushed the war to the next level. And though manufacturers like Mitsubishi and Nissan have caught up in terms of tech, Ford has pushed the envelope even further with the Raptor, an off-roading super-truck at regular-truck prices.

This car best represents Toyota’s shift back toward creating cars that people can get excited about—a shift that created the Lexus LFA, the Vios Cup, and the Lexus RC and NX. Even the new Corolla Hybrid benefits from Toyota’s new sporty mojo. The 86 proved that Toyota had the guts to cater to an automotive-enthusiast market that everyone else ignored, despite questions about profitability. And by taking that risk, Toyota has earned itself legions of brand-new, brand-loyal, fans. 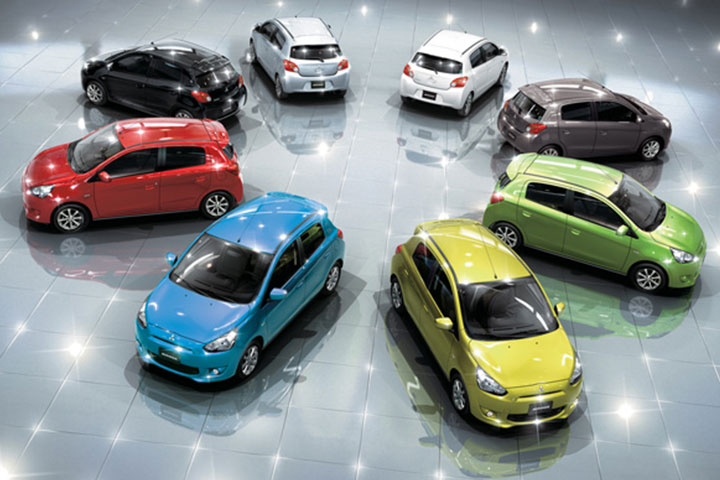 Dubbed the “worst car ever” upon launch by some western media, the Mirage nevertheless heralded a change in ‘cheap’ cars. It was bigger inside than older rivals like the previous Celerio, Picanto, and i10, with higher levels of performance, fuel efficiency and safety—at a price that undercut them all.

The success of the Mirage also came through slim-margin high-volume sales tactics that hampered the ‘Chinese Invasion,’ as even notoriously cheap Chinese minis struggled to match it. This led to ever-cheaper and even better economy cars from the likes of Suzuki, Toyota, and Hyundai. This also gave rise to heavily stocked bank repossession lots. A great place to get an almost-brand-new Mirage, even today. 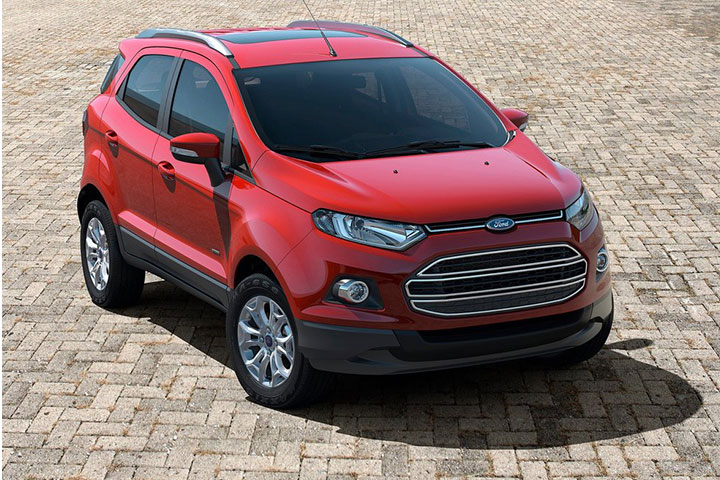 The subcompact EcoSport represents both the lows and highs of the post-Carmaggedon crossover trend. While boasting more utility and flood-worthiness than the Fiesta it is based on, the EcoSport has no true off-road capabilities. It isn’t even available locally with all-wheel drive.

But the EcoSport’s wild success served as a beacon for other manufacturers that there was money in small ’n’ tall cars. This hastened the demise of the compact-car segment, just as the success of the CR-V and the PPVs killed the midsize market, which is down to just the Camry, the Accord, and the Mazda 6. And it’s this small-crossover segment that is finally giving Chinese makes a leg up into mainstream status. 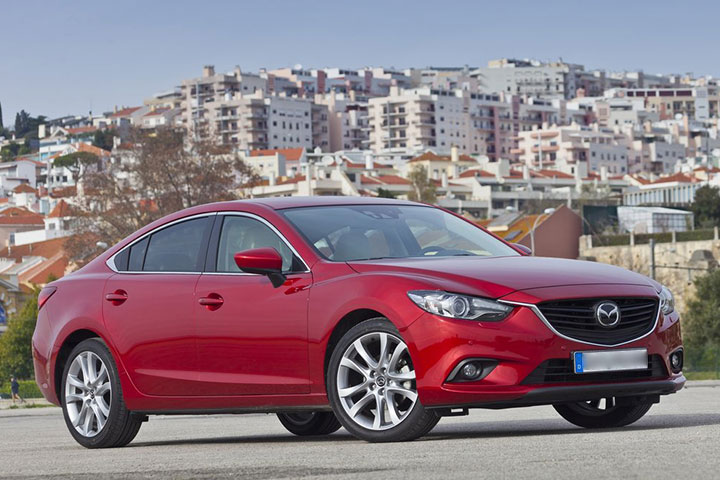 Over the past 10 years, no manufacturer has won more Top Gear Philippines Car of the Year awards than Mazda. And the 6 is a prime example of why. This car is emblematic of the brand’s newfound skills at making beautiful, sporty cars with a premium feel—a knack that has given the brand a foothold in the imagination of local enthusiasts far beyond its actual market size. Sort of like a BMW for the new generation, but with Japanese spunk rather than Bavarian arrogance. 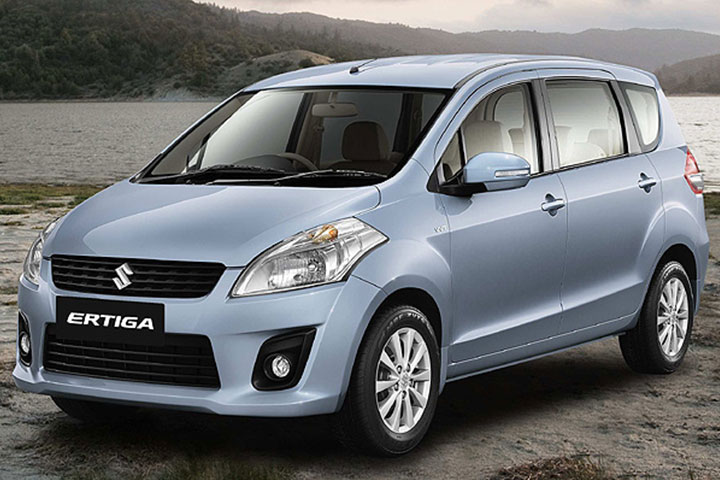 The Nissan Grand Livina and the Chevrolet Spin came first, but the Ertiga was the first car to make the front-wheel-drive, seven-seat compact MPV formula really work. A low price, relatively generous legroom, and an economical 1.4-liter engine made it an attractive alternative to next-generation AUVs like the Avanza and the APV. It then inspired a raft of other small sevens like the Mobilio and Xpander. Now, the segment is expanding into crossover territory with SUV-like entries like the Rush and the BR-V. But only time will tell which will dominate the market in the 2020s. 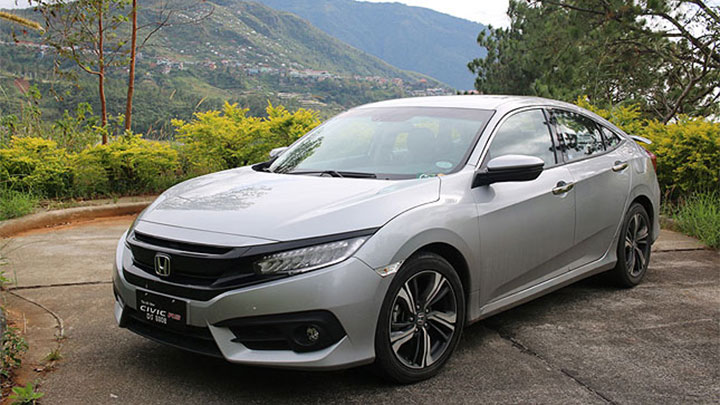 If there has to be a last gasp for the compact sedan, this is as good a one as any. Honda’s Civic RS was a turbocharged shot in the arm for the segment when it landed in 2016, featuring more tech, more toys, more power, and more space than any compact before it. And the sales success inspired others to further differentiate their products, with Mazda positioning the 3 as more of a tech-laden luxury offering, and Toyota positioning the Corolla as a hybrid-motivated green car. But the Civic still rules the roost, and with the new world-beating Civic Type R, it has won a new generation of fans to the storied nameplate.

If anyone had said 10 years ago that Nissan would soon return to the local top three in terms of sales, we’d tell that person to lay off the alcohol. Nissan’s line-up at the time consisted of the woefully outdated Cefiro and Sentra, the evergreen Patrol, the slow-selling X-Trail, and a Frontier Navara pickup that, while equipped with a sophisticated diesel, was resolutely mid-pack in terms of ability and sales. And yet, here we are, in 2019, and Nissan is a solid third in the sales race.

This is on the back of strong marketing and products such as the bargain-basement Almera, the high-tech Navara, and the all-new Terra. Since the demise of the Terrano, Nissan has gone a long time without an entry in the hotly contested pickup-based passenger vehicle market. But now that it has one, the brand is back with a vengeance. Equipped with Nissan’s Intelligent Mobility suite of driver aids, the Terra shoots to the head of the pack in terms of safety and technology, and leads the brand into the new decade with its sights set on Mitsubishi’s number two spot.

What do you think were the most important cars of the past decade? 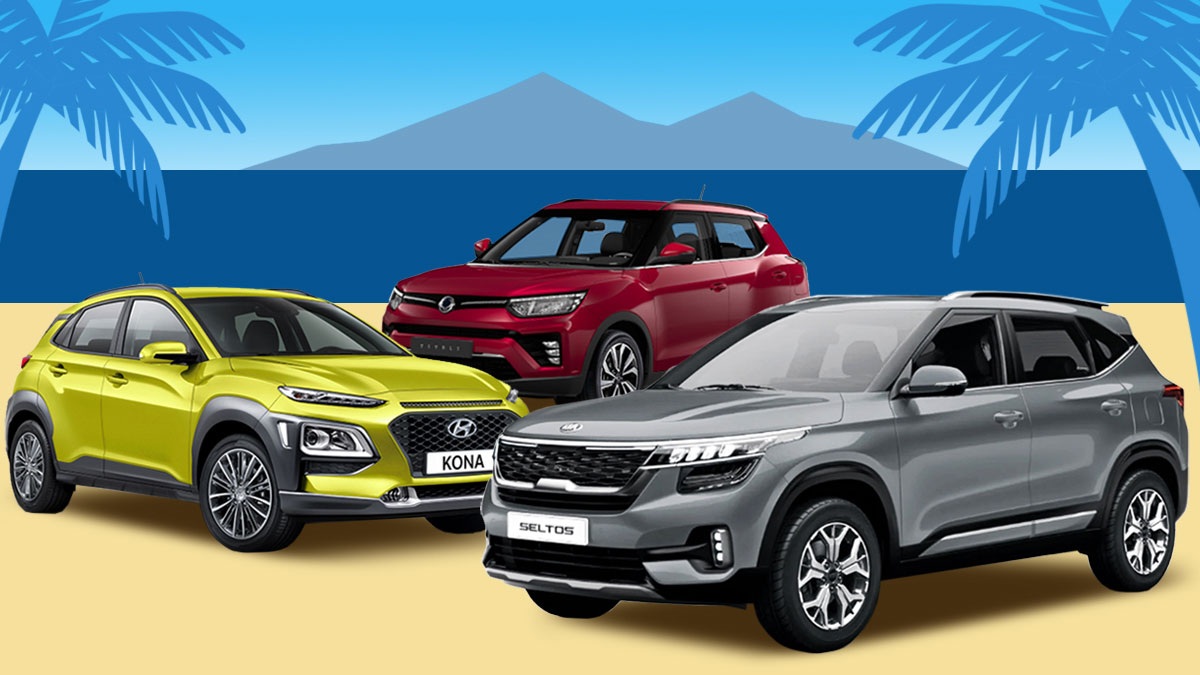