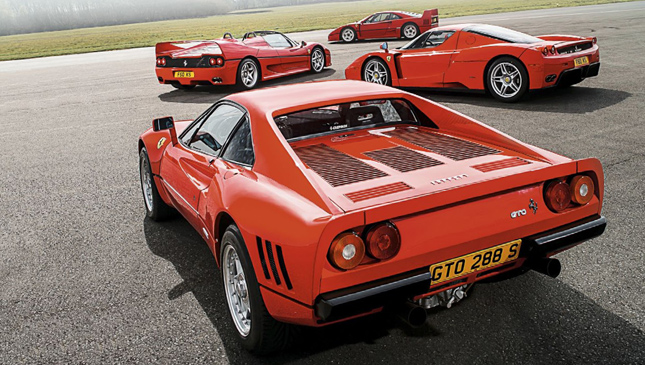 Let's see. 288 GTO, F40, F50, Enzo. In our world, it’s like reuniting John, Paul, George and Ringo. Because, as we watch these four sainted cars being decanted from their transporter, it’s a reminder that the LaFerrari is part of a continually unfolding mythology, the best and purest in the business. Porsche gets close, but the operatic Italians edge the German technocrats when it comes down to it. The LaFerrari’s chassis uses various grades of carbon fiber in different areas of the car; some of it is so specialized only the very latest fighter jets feature it, while the nuclear industry reinforces the centrifuges in which it enriches uranium with another strain. Heady stuff. But the Ferrari hypercar owes just as much to its four predecessors. To find out how Maranello got here, you have to start by going back to 1984’s 288 GTO.

The morphology of the 288 is pretty obvious, but its 308 roots are no more of a blight on it than the 1962 GTOs were on the various 250 GTs that predated it (another great member of the Ferrari bloodline). Conceived to go racing in the subsequently aborted Group B category, the 288 had the F1 team’s fingerprints all over it, and used a high-tensile steel space frame, with Kevlar, fiber glass and aluminum elsewhere. Its 395hp, 2,855cc 32V V8 was mounted longitudinally, which allowed the ancillaries, the gearbox and the twin IHI turbochargers to be more efficiently packaged, though Pininfarina design boss Leonardo Fioravanti still had to stretch the wheelbase by 11cm and widen the track. In 1984, there was no ABS, traction control, or four-wheel drive. In 2014, this purity has a grail-like quality to it, but back when the Porsche 959 arrived in 1986, it pulverized the 288 with its techno onslaught.

The F40 arrived three years later, the very last Ferrari to be personally overseen by Il Commendatore. It, too, uses contemporary F1 tech, with a tubular steel space-frame chassis with Kevlar panels bonded on, while the doors, hood and trunk lid are all carbon fiber. The engine was a 2,936cc V8, twin-turbocharged to 471hp, rocketing the F40 to 100kph in 4.1 seconds and, more important, to a claimed 320kph top speed. In 1987, that really was something, the first production car to breach that magic mark. Now it was the pulverizer. I’m specifically interested in its 1,100kg weight, not to mention the reputation for flame-spitting turbo unruliness the F40 trails. Ferrari planned 400 units, but in the mega-money late-’80s, demand saw production run to 1,311. Conflagration and driver error have claimed a few of these over the years, turning the heat up on the F40’s hairy supercar rep. This is a special car, even in Ferrari terms.The F50 and the Enzo were both products of a rapidly maturing supercar culture.

Back in 2002, there was a fair bit of handwringing about the death of the “beautiful Ferrari,” but the Enzo’s epic sense of drama is an appropriate aesthetic substitute. It’s also a fantastically advanced bit of kit, even now: 651hp, 6.0-liter V12, ultralight carbon monocoque, brutally efficient aerodynamics. The Enzo wasn’t just an F1 car for the road—but one honed by Michael Schumacher in his heyday. Priceless provenance.

The F50 is the Ringo of the quartet—the Beatles would have been lost without him— mainly because it arrived in a world redefined by McLaren’s virtuoso F1, cost roughly half as much, and was all done at 325kph compared to the McLaren’s 385. Its V12 shared some DNA with Ferrari’s stunning 641/2 (Alain Prost’s 1990 F1 car), and the engine was also a stress-bearing member, but Gordon Murray’s singular supercar vision eclipsed the Ferrari as surely as it eclipsed everything else.

The lure of the F40 is strongest, as in-your-face as a Rottweiler straining on its lead, salivating maw and all. It immediately gets your blood pumping, strains every muscle and sinew. It physically and mentally asks as much of you as any road car we’ve driven, demands that you have your shit very much together (or else).

The 288 GTO can’t quite disguise its ’70s underpinnings. This isn’t a wholly bad thing. It’s beautiful, for a start—proper Scarlett Johansson-style effortless, indisputable loveliness. It idles like a four-cylinder car, as so many flat-plane crank Ferrari V8s do, and buzzes and vibrates. It’s easier to drive than the F40, and though it’s also a twin-turbo it doesn’t fast-forward toward the horizon with the same eye-widening hysteria. It’s also beautifully damped The Enzo and the F50 are harder to split. Neither is as easy on the eye as the 288 or the F40, but stepping into them after the two ’80s cars is a mind-blowing experience. Firstly, the F1 connection is unarguable—in the technology, the packaging, the materials used. Secondly, they have 12 cylinders.

That leaves the F50. All things are cyclical, and the F50—the recently unfashionable Ferrari supercar—is having a moment. Maybe the ’90s styling cues suddenly look good again—the LaFerrari even apes that black swage line that bisects its entire body side—and collectors understandably want the set, which has boosted values of what is a rare car. This F50 here is running a very cool, very loud bespoke exhaust, so it sounds uncannily like the F1 car that inspired it. That it has a 4.7-liter, quad-cam V12—one with a higher specific power output than its McLaren F1 nemesis—good for 513hp at 8,000rpm, also helps. A lot. But it’s the F50’s chassis and transmission that really grab you by your nether regions. Its handling stakes out the territory somewhere between the F40 and the Enzo; it’s less savage than the former and more progressive than the latter. It even rides well.

In the F50, somewhere midway along the Top Gear track, we find ourselves shouting an obscenity at the top of our lungs. The V12 screams right back, and birds scatter from the distant treetops. Ringo always was our favorite Beatle. 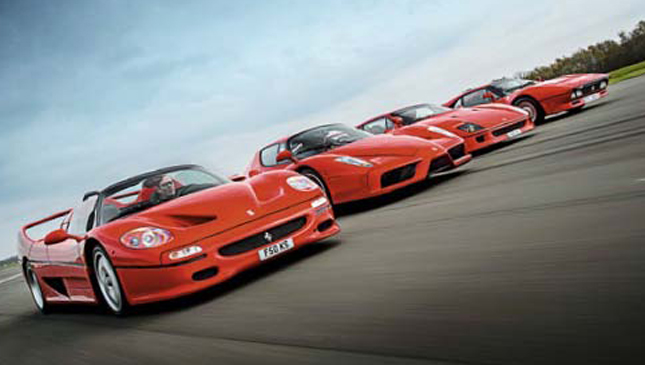 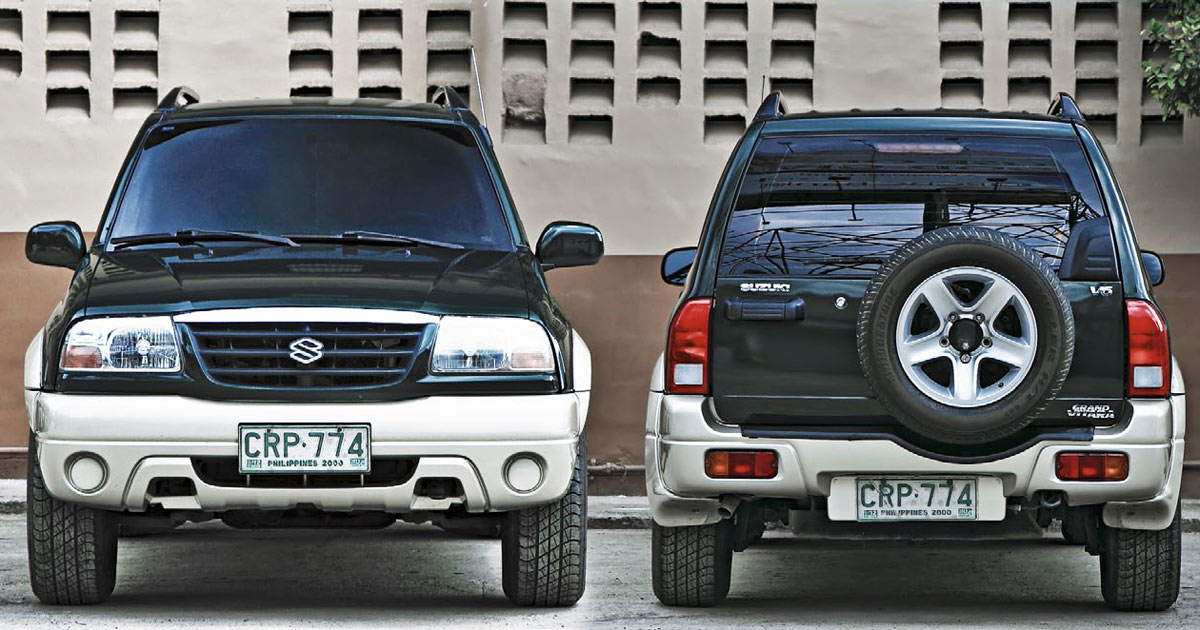 Used-car review: 1999-2005 Suzuki Grand Vitara
View other articles about:
Read the Story →
This article originally appeared on Topgear.com. Minor edits have been made by the TopGear.com.ph editors.
Share:
Retake this Poll
Quiz Results
Share:
Take this Quiz Again
TGP Rating:
/20