These 11 car models saved their companies from bankruptcy

Every big company has a turning point
by TopGear.com | May 16, 2020
CAR BRANDS IN THIS ARTICLE 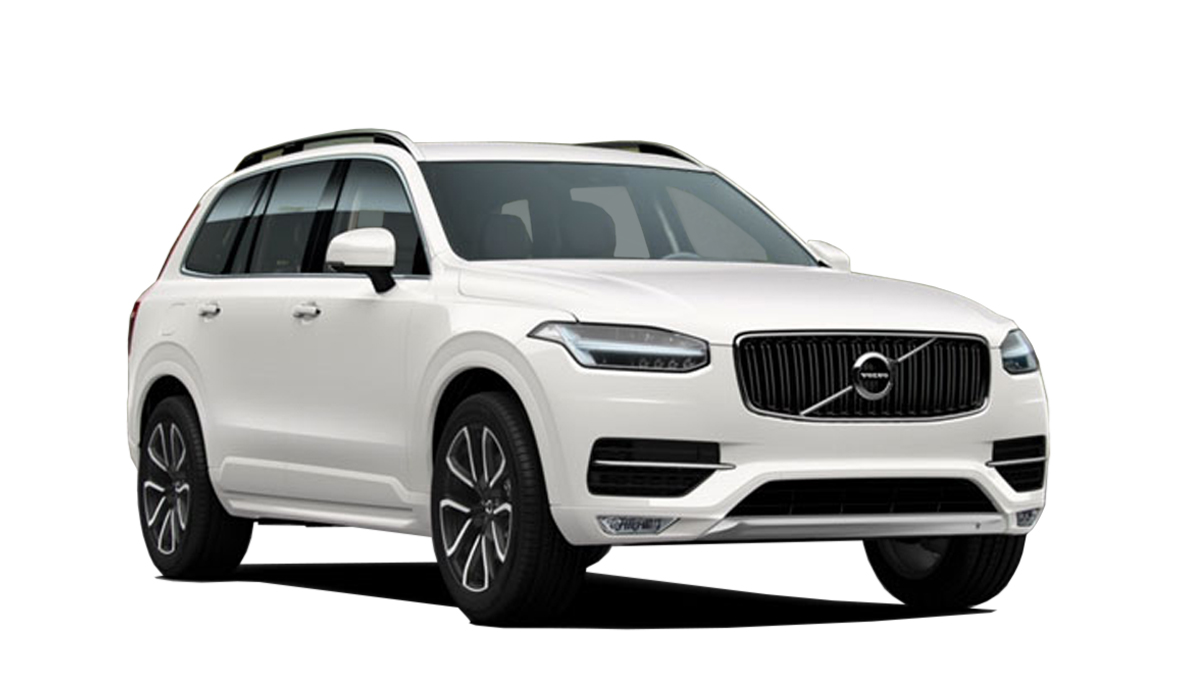 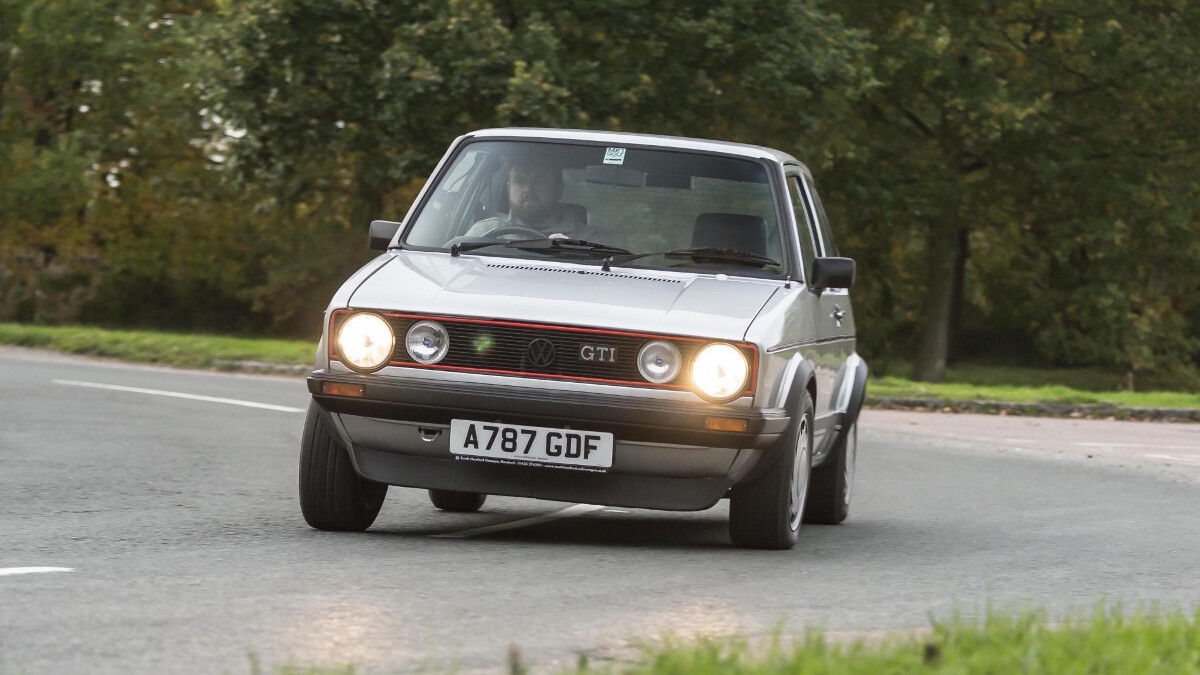 The Volkswagen Golf’s story starts with the Volkswagen Beetle, one of the most successful and iconic cars ever built. During its heyday in the ’40s to the ’60s, the company unsurprisingly produced several variants. However, it was facing a major dilemma: Where to turn next?

By the early ’70s, it had tried several replacements, including the Type 4 and the Porsche-designed mid-engined hatchback, the EA266, of which 50 prototypes were built. However, just prior to production, this was canned by Volkswagen’s new boss, Rudolph Leiding.

Under new management, the brand invested in a totally new line of models, led by the Passat and, shortly afterwards, the Golf Mk1, which featured a new front-wheel-drive platform and straight-four engine. Volkswagen had struck lucky; it was an immediate hit. —Paul Horrell and Peter Rawlins 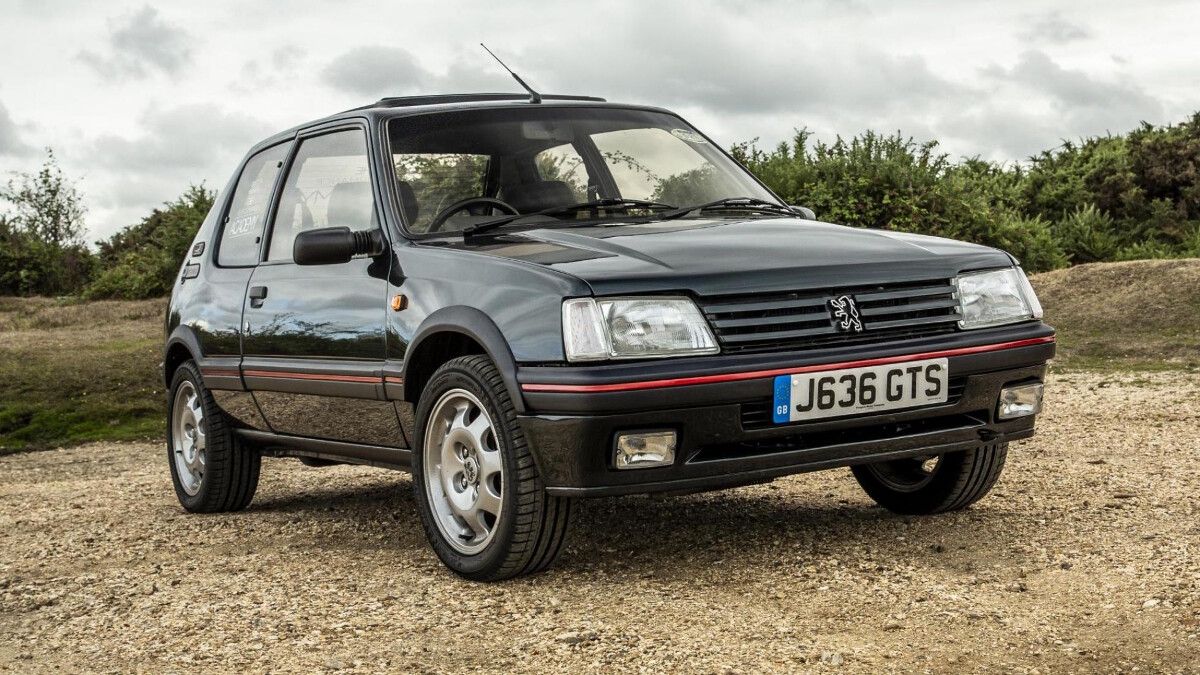 In the ’70s, Peugeot expanded greatly, taking over Citroen in 1975 and forming the PSA Group, followed by Chrysler’s European division in 1978. But what seemed like a good idea at the time soon put the company into financial trouble.

To survive, Peugeot needed to think big...or rather, little—as the saying goes, the best things come in small packages. In 1985, it launched the 205, a fun, stylish, and high-quality compact hatchback that became an instant success.

Its key selling point was its versatility. Three-door, five-door, convertible—each of the available body styles was brilliant in its own way. Numerous special-edition versions helped grow the model’s profile, including the 1.6 and 1.9GTi models, in addition to the iconic 205 T16 Group B rally car. 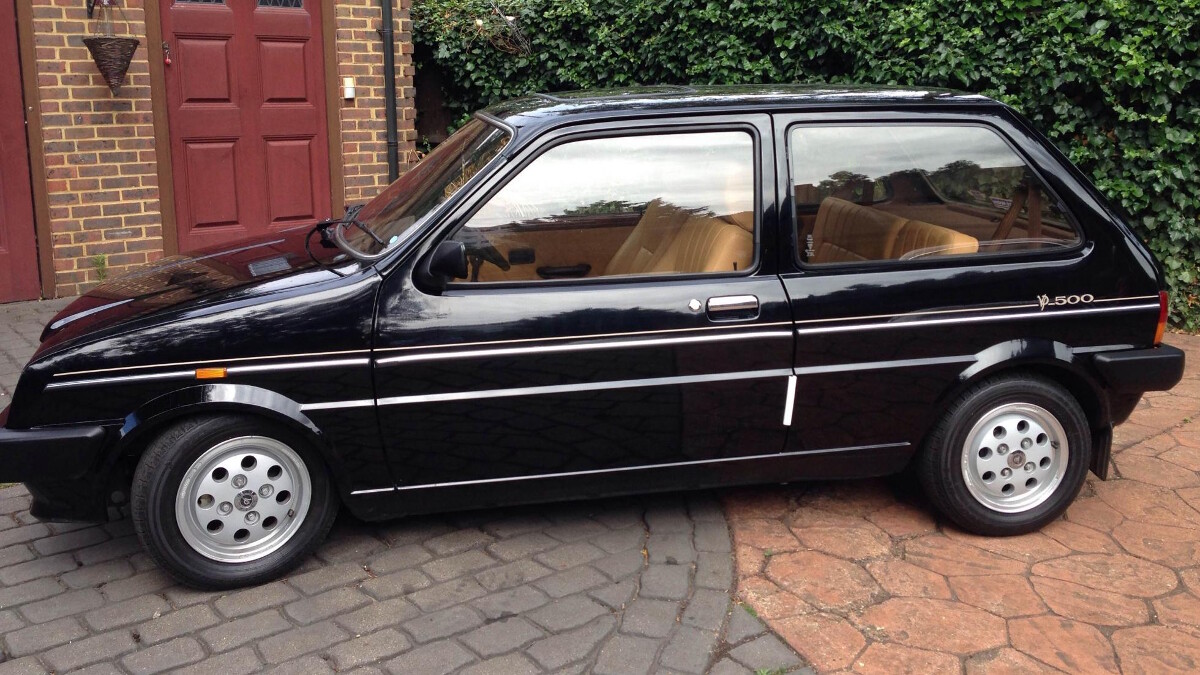 The giant British Leyland was a national disgrace by 1980. Strike-ridden, appallingly managed, and fielding an incoherent range of cars, its sales were in freefall. It was largely state-owned, and then prime minister Margaret Thatcher was minded to pull the plug.

For years, it’d been trying to replace its signature small car, the Mini, but it was as intractable as VW’s efforts to replace the Beetle. Then the Metro launched. It sold like crazy—and actually pretty much deserved to.

Patriotism ran wild. The TV advert, echoing Dad’s Army, put Metros on the White Cliffs of Dover repelling the pesky invading foreign superminis. This was the era of the Falklands War and newspaper bingo. Private Eye as usual caught the mood with its cover: “Kill an Argie and Win a Metro!” 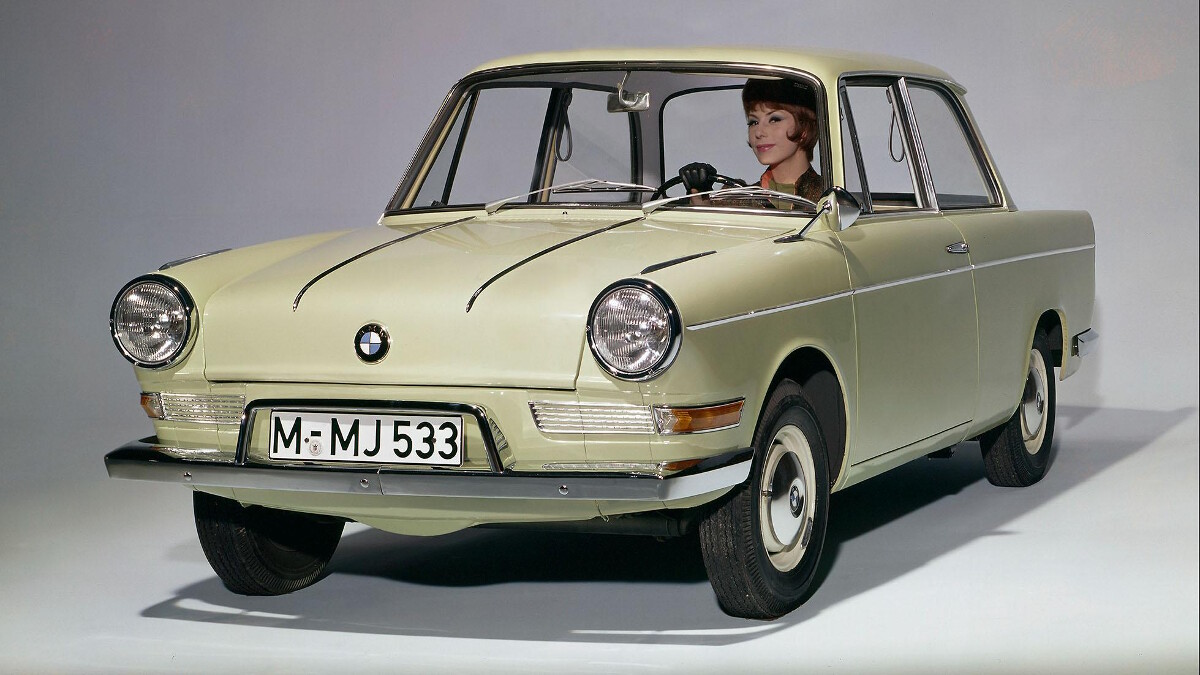 Heard the one about the time BMW nearly went bankrupt? As surprising as it is to believe today, a series of poor-selling models—ranging from the 501, the 503, and the 507 to the Isetta (read: bubble)—led to exactly that in the late ’50s. Its savior? The BMW 700.

Unveiled at the 1959 Frankfurt Motor Show, it was the first BMW to use a monocoque structure, offering vastly improved handling. Powered by a rear-mounted 697cc flat-twin derived from the company’s motorcycle engine, it proved to be just the hit BMW needed.

Initially offered as a coupe, followed soon after by a saloon and cabriolet, it went on to sell a very much needed 188,000 models, before production ended in 1965. Without the 700, BMW as we know it today would likely cease to exist at all. 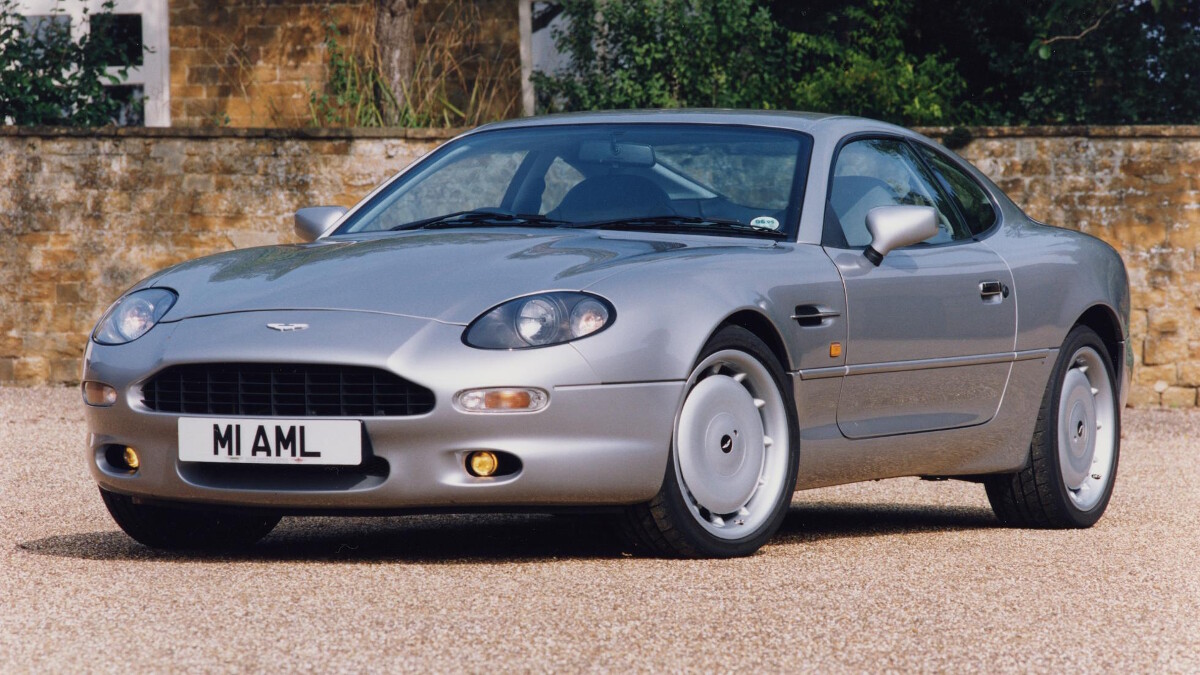 By the late ’80s, Aston Martin was looking a little lost. Despite its great history, it appeared to be on the brink, another great brand consigned to the history books. That is, of course, until an intervention by Ford, and the release of a particular model in 1994.

The model? The DB7. Designed by Ian Callum, it was based on a slightly evolved platform from the Jaguar XJS (Jaguar was also owned by Ford at the time), featured a 3.2-liter supercharged six-cylinder engine, and borrowed several parts from Ford, Mazda, and Citroen.

Instantly, it was a hit, thanks not just to its sleek looks and performance, but also its accessibility. With a relatively cheap starting price of £78,500, it created an entry-point to Aston Martin that previously hadn’t been there. Over 7,000 were sold in total. 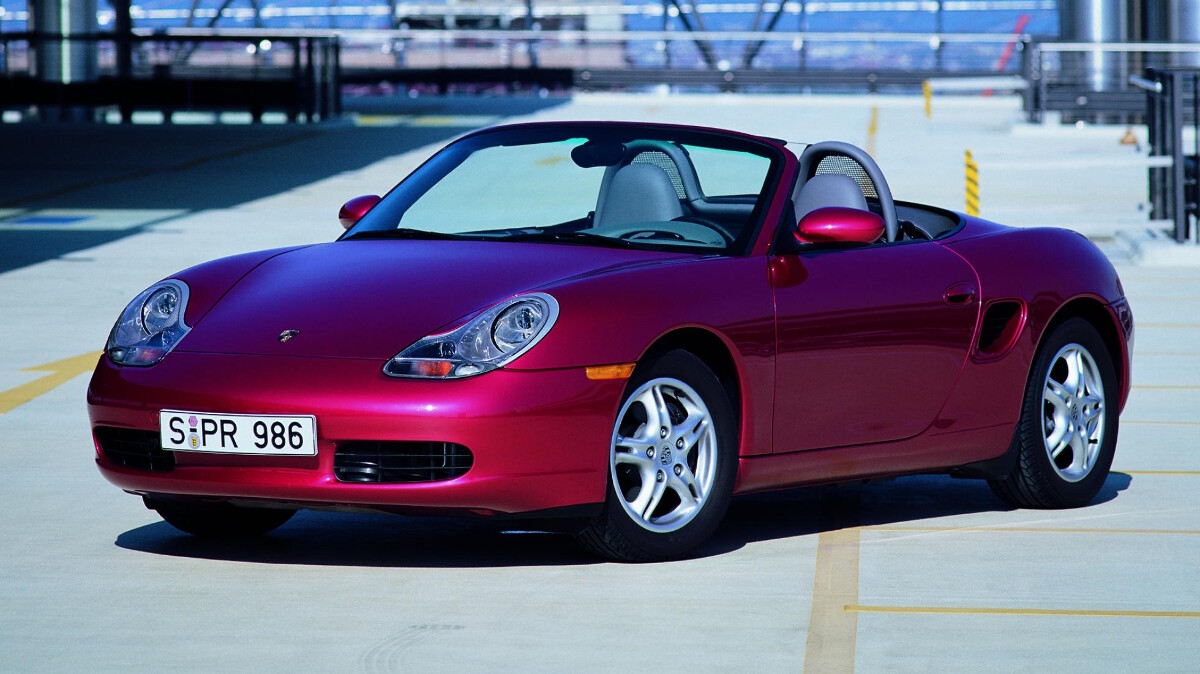 Porsche nearly went bankrupt in 1992. The German Mark rode high, pushing up the showroom prices of its cars abroad, so the bottom fell out of 911 sales, especially in the US where the company had grown fat in the yuppie ’80s. The front-engined 928 and 968 were struggling, too, so Porsche had three ranges of cars with few parts in common. But Porsche had a new boss, Wendelin Wiedeking. He was a production specialist, which mattered.

In 1993, the carmaker unveiled the Boxster concept, a lovely thing that showed the way to a cheaper but uniquely appealing roadster, the 986-generation Boxster. Clever. Cleverer still, most of its front half—and the water-cooled engine—would be shared with the forthcoming 996-generation 911. And common parts save costs. Purists didn’t like water cooling at first, but as the 911 range flowered into multiple Carreras, GT3s, and GT2s, they fell silent and Porsche used the cash to futureproof itself with the Cayenne. 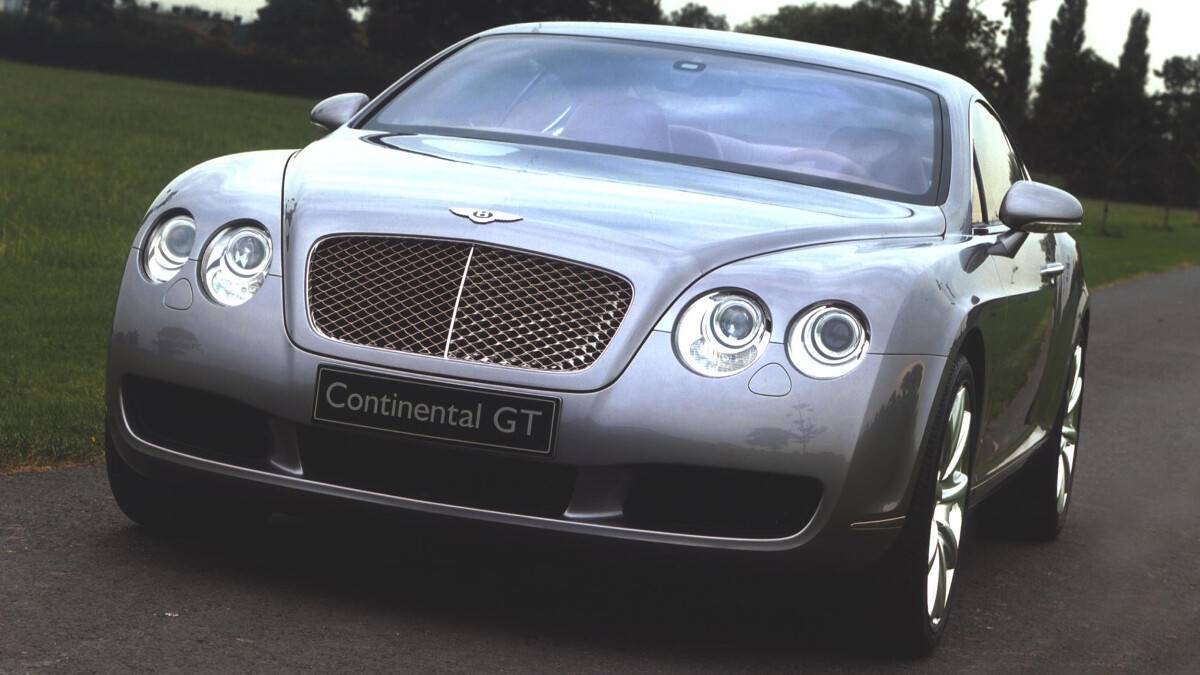 Thanks to the car’s sleek coupe looks, four-seat cabin, and 6.0-liter twin-turbo W12 engine, 3,200 customers put down deposits before it was even launched. In its first year alone, it single-handedly increased Bentley sales sevenfold, with 6,896 sold.

With a total of 40,000 leaving the production line, it proved to VW that Bentley could be a successful and profitable brand under its stewardship. You could easily argue that were it not for the two-door coupe Bentley might very well not be with us today. 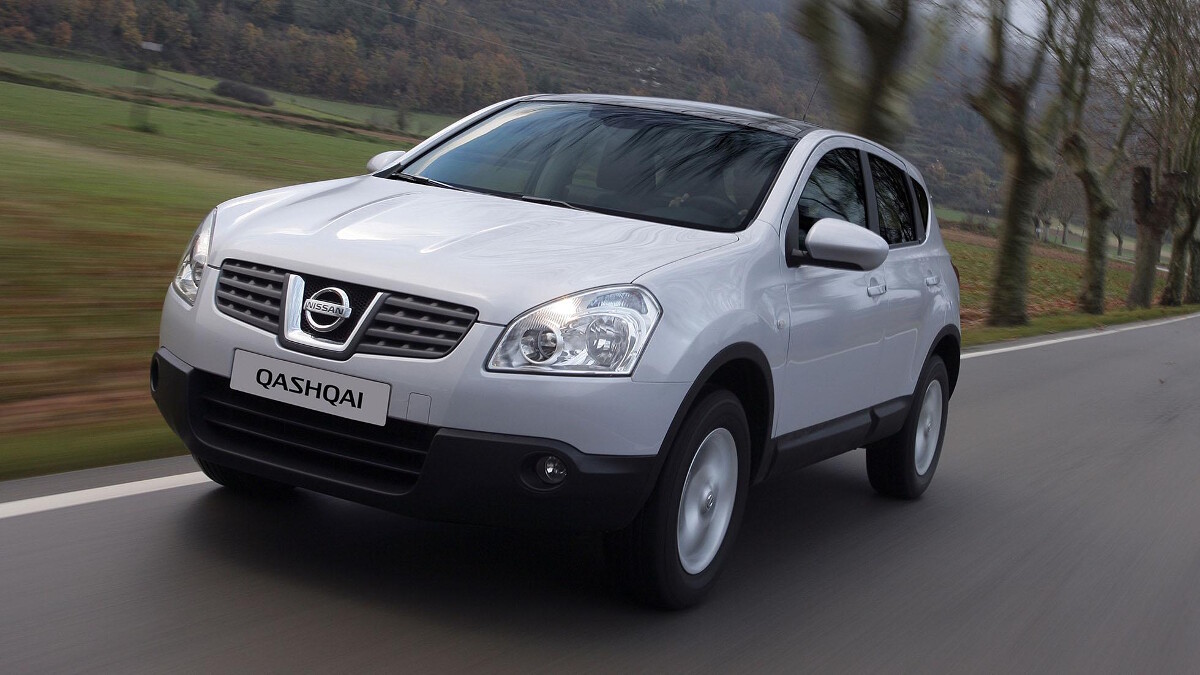 The skids were under Nissan at the turn of the century, with plants making cars at just half the rate they were built for. In came Carlos Ghosn as boss, with two messages. First, cut costs, and that included closing factories—something that was unheard of in Japan at the time. Second, build cars people actually want to buy.

In Europe, Nissan had good factories, but its undistinguished cars were lost in a sea of rivals. The Qashqai pretty much invented the idea of a crossover that’d do hatchback duty for families. Europe went mad for it. Nissan followed up with more crossovers across the range and the globe. 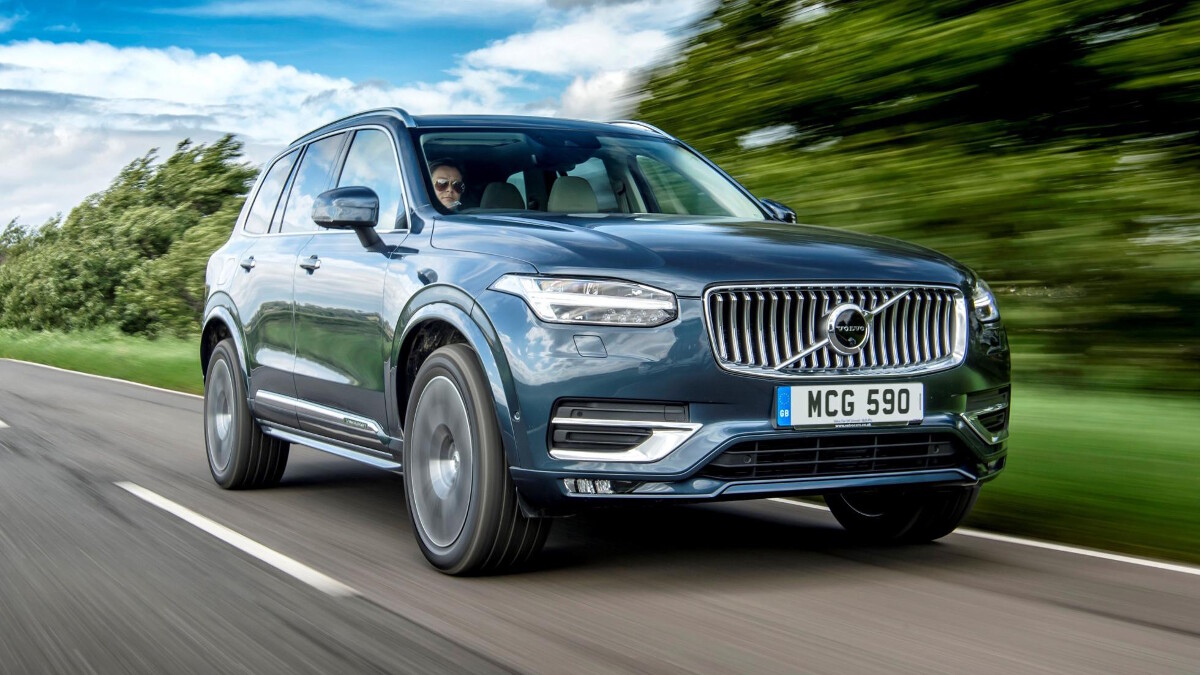 There were two XC90s of course, and in a way, they both saved the company.

The first one was done under Ford’s ownership of Volvo in 2002. It was a fantastically handy crossover, super-roomy and versatile inside, but not too big outside because it had a transverse engine while rivals were longitudinal. It was a massive sales success for Volvo, both in Europe and the US. This was a time when big sedans and wagons in general were falling out of fashion, and Volvo’s in particular were getting trounced by the offerings of BMW and Mercedes.

The current XC90 is the car that showed Volvo’s plan for when it was cast adrift from Ford. In one fell swoop, Volvo dreamed up its own platform, then rationalized engines, infotainment, and hybrid system. Starting with the XC90, it rolled them out with steely resolve across the range. Profit ahoy. 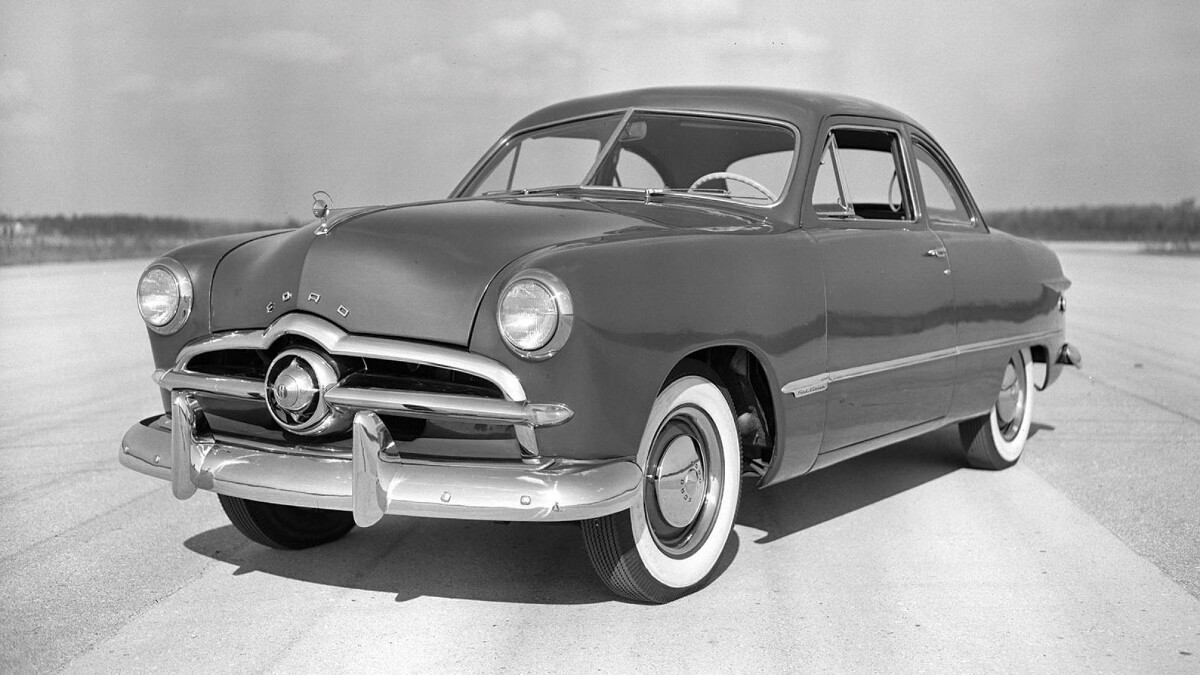 When Henry Ford died in 1947, it looked like the company bearing his name would soon follow. It had fallen to third place in the US sales charts, and was stuck with outdated, prewar designs. Ford’s grandson, Henry Ford II, however, had other ideas.

Featuring a new, modern, and elegant shape, it was an instant hit. It came in a variety of body styles, and drew power from either a 3.7-liter straight-six or a 3.9-liter V8. Ford went on to sell over a million examples, with the model helping to save and re-establish the company. 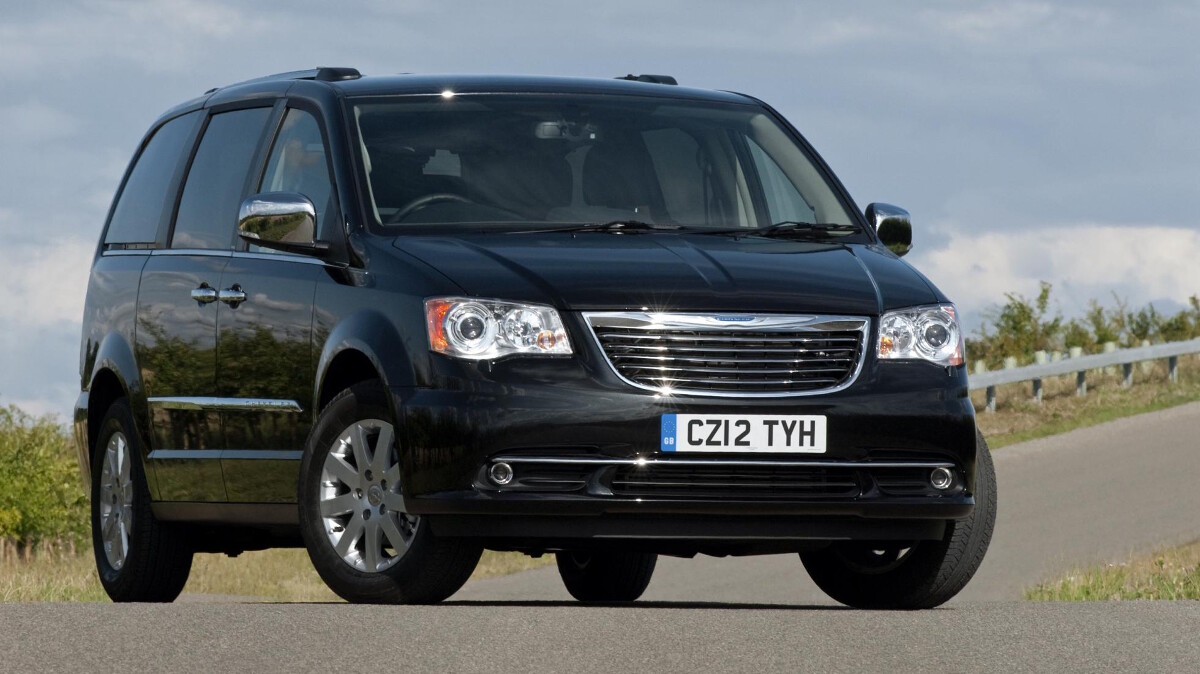 In 1980, Chrysler was looking over the precipice. It avoided bankruptcy only thanks to colossal federal loan guarantees. But new CEO Lee Iaccoca (creator of the Mustang in his Ford years) and his team had a plan: a relatively advanced and relatively small front-drive car that could properly compete with the Japanese cars flooding in. It was the K platform, first made as the Dodge Aires and the Plymouth Reliant. They shifted shedloads throughout the ’80s.

Soon, the platform was being stretched and shoved upmarket to do a Chrysler LeBaron and New Yorker sorta-lux car. There were turbos and coupes, too.

But the stroke of genius was a whole other kind of K-based vehicles that, funny to recall it now, completely shook up the American family-car landscape. They were the Voyager and Caravan minivans. 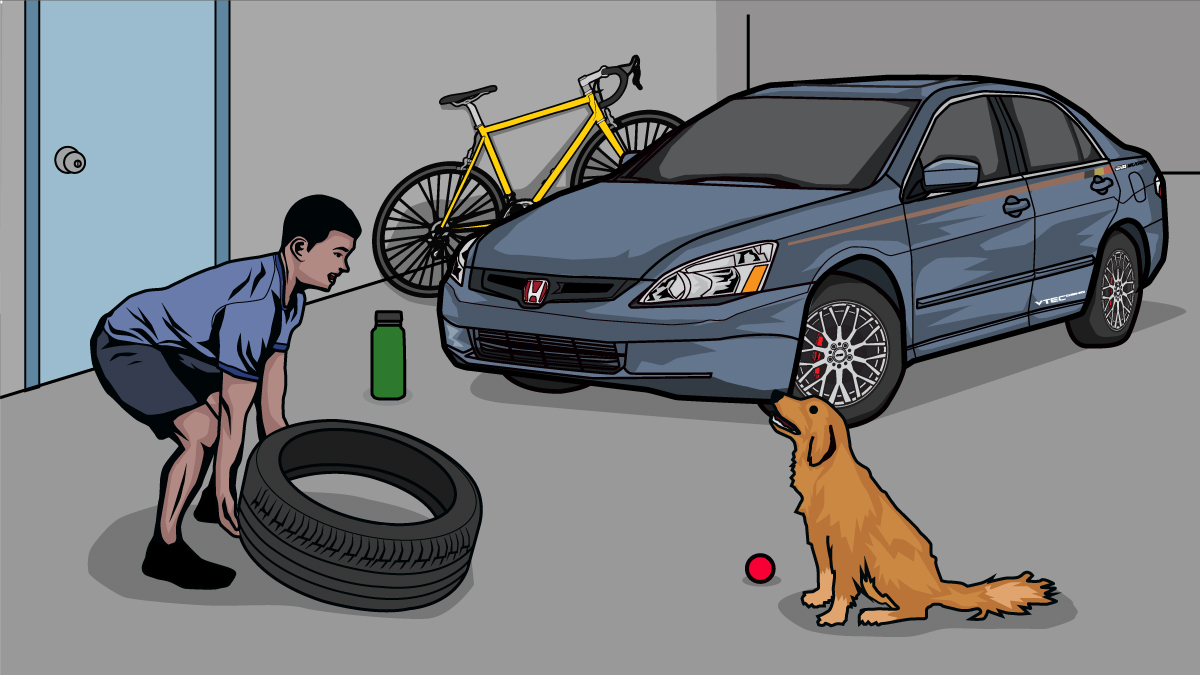 Gyms will be closed for a while, so here’s a workout you can do at home using a tire
View other articles about:
Read the Story →
This article originally appeared on Topgear.com. Minor edits have been made by the TopGear.com.ph editors.
Share:
Retake this Poll
Quiz Results
Share:
Take this Quiz Again
TGP Rating:
/20