UFC lightweight champ Conor McGregor has been dominating headlines as of late, thanks to his big money boxing match against Floyd Mayweather happening next week. It's gotten a lot of attention not just for the mixed martial arts versus boxing angle, but because sports fans are actually curious to see how well McGregor will fare in the squared circle.

The popular Irish fighter can be described as any number of things—cocky, outspoken, marketable, well-dressed, hard-hitting, wealthy, and what have you. Those qualities have endeared him to a lot of fans, but they've also earned him just as many (probably even more) haters.

What his detractors might not realize is that underneath all that bravado, McGregor can actually be a pretty nice guy sometimes. One lucky fan found this out recently, as he spotted McGregor cruising the streets of Las Vegas. The fan pulled up next to him at the stoplight and could hardly believe his eyes. There was enough time for photos, a video, and even an autograph, which the fan posted on Twitter.

As for what McGregor was driving, his garage is filled with many expensive badges. Judging from the cropped angle in the video, our best guess is that he was riding around in his luxurious Rolls-Royce Dawn. 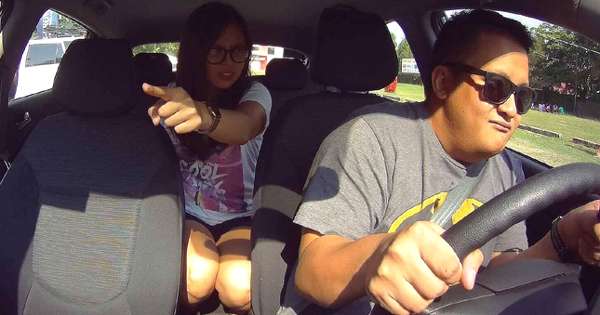 7 Signs you're a backseat driver
View other articles about:
Read the Story →
This article originally appeared on Topgear.com. Minor edits have been made by the TopGear.com.ph editors.
Share:
Retake this Poll
Quiz Results
Share:
Take this Quiz Again
TGP Rating:
/20