What do you think this creepy road sign in Davao means?

Road signs are supposed to be useful and practical
by Paul John Caña for Esquiremag.ph | Sep 20, 2020

Road signs are supposed to be useful and practical—they’re there to provide information to help guide motorists and commuters on their journey. But sometimes, you get the odd road sign that’ll just make you scratch your head and go, “Huh.”

Like this one. We came across this photo posted on Reddit by u/D0n-Tak. He was asking other users if they knew anything about the background story of the photo.

Who can tell the background story of this sign in Davao? from r/Philippines

A few taps on our keyboard revealed that this isn’t the first time the photo has been posted. The earliest instance of the photo we could find was a post on Flickr by a user named danes96 dated August 19, 2006.

In the post, danes96 said he took the photo along the road that led to the Eden Nature Park in Toril, Davao City. “There were no kids in sight, no houses, no schools. Creepy,” he wrote.

The photo has since been posted a few times not just on Reddit (here and here), but also on Facebook, most recently by L-Tayao Gaming on March 3.

But what is the story of the road sign?

We called up the Toril Police Station in Davao City, and an officer there said he’s never seen this sign anywhere in the area. He then directed us to the Davao City Transport and Traffic Management Office (CTTMO).

But the person we spoke to there also couldn’t tell us anything about the sign. Although the CTTMO ordinarily handles road signage in the city, officials there said other government agencies can sometimes put up signs themselves, like the Department of Public Works and Highways, and even barangay officials. And since it’s been 14 years since the photo with the sign was taken, they said it would be difficult to pinpoint exactly who put it there, and why.

Some people in the Reddit thread couldn’t help putting forth their own theories for the road sign. U/ask_me_about_food, who is presumably from Davao, offered a likely explanation.

“Is this going up to Eden Nature Park? If so, traveling up that road you would pass by a couple of homes and if i recall correctly, at least one elementary school. Children playing roadside would always wave and smile at oncoming cars coming up and down that road. As kids, it was something we would look forward to because the trip going up used to be boring and those children would be the only people we would see after a while.”

U/lien028 posted a similar guess. “Pag may mga tumatawid na bata they would wave as a gesture for vehicles to slow down. As a means to reduce noise pollution, they encourage drivers to wave back instead of honking horns.”

Of course, some people just got creeped out and had to put a supernatural spin on the sign.

U/IamNotHereNowIjustAm admitted he’s not an expert and isn’t from the area, but that didn’t stop him from expressing his opinion on the matter.

“In the past Filipino culture highly revolved around local legends like that of the dwende and kapre,” he said. “This could be related to local folklore.” 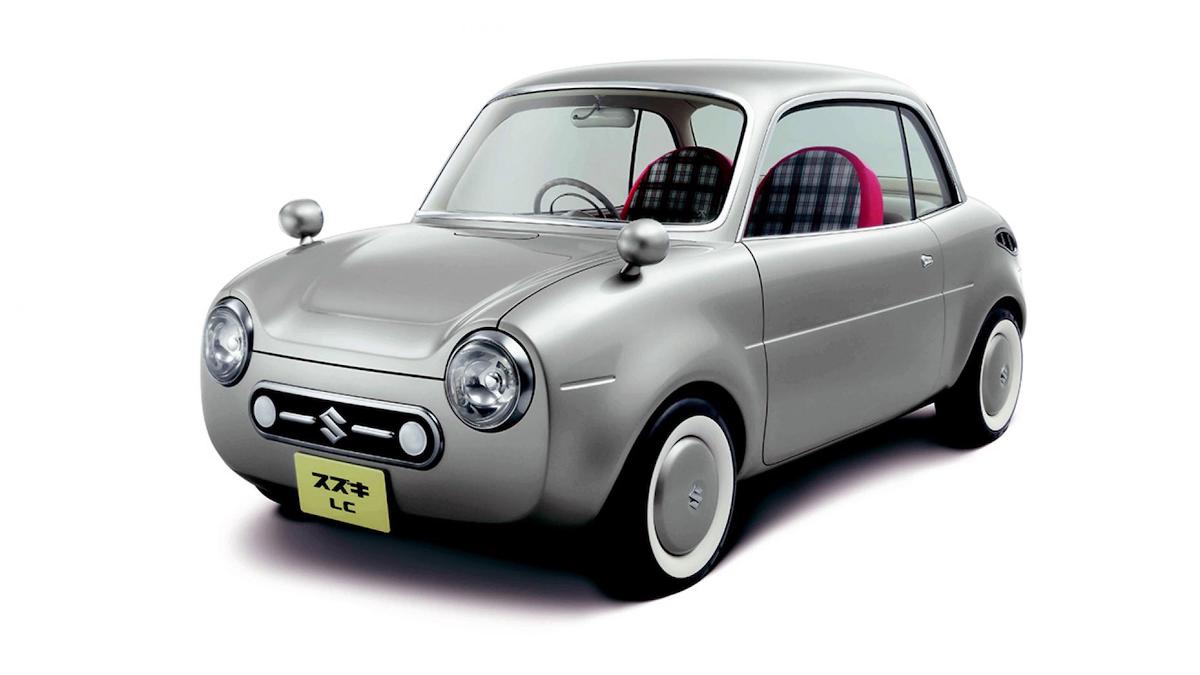 The 2005 Suzuki LC Concept was the very embodiment of cuteness
View other articles about:
Read the Story →
This article originally appeared on Topgear.com. Minor edits have been made by the TopGear.com.ph editors.
Share:
Retake this Poll
Quiz Results
Share:
Take this Quiz Again
TGP Rating:
/20