How did this EcoSport leave its parking slot by itself?

This is a new one.

The owner of this Ford EcoSport stopped at a bank to deposit money, and was understandably quite surprised to come back out to find the car parked on the street on the opposite side of the lot. There was no one inside the car at the time, and the handbrake was pulled up, as reportedly witnessed by the guard after the incident.

So, what happened here?

First off, handbrakes aren't perfect. The lever is attached to the rear parking brake via a cable that's self-adjusting, but which can build up slack over time.

Beyond that, the parking brake is not a ratcheted mechanism that locks the car firmly in place. If you don't pull up the lever high enough, it will hold the car weakly in place, but won't prevent it from being moved by an outside force.

And that outside force here is gravity.

But why does it seem like the car waits for the perfect opportunity to move before casually unparking itself and rolling down the street?

Simple. It didn't. The car started moving the moment it was parked.

As you can see in this time-lapse gif, which was made by overlaying the video frames and correcting for the shaky cellphone capture, the car was moving back slowly even before the driver opened the door. And it moved slowly until it reached a point on the slope where the pull of gravity was much stronger than the pull of the parking brake. At which point, the car carefully and slowly backed out of the parking lot, helpfully guided by the security guard, who must have been wondering at the "marvelous silence" of the EcoSport's engine.

As this was a manual car, there was no "Park" mode to leave it in, which would have prevented it from rolling due to a partially engaged parking brake. After it rolled out onto the street, it kept going uphill on the strength of its momentum, then stopped and rolled back downhill until the front tires, which were still at a slight angle, made contact with the curb.

In our experience, this was the most polite runaway car ever.

On a more serious note, please always double-check that the parking brake is fully engaged when you exit the car. The amount of engagement that will hold a car on level ground will not always work for sloped parking areas or streets.

And when in doubt, leave your manual car in first gear or reverse while it's parked on a slope. This provides extra holding power. Parking with your front wheels turned toward the curb also helps, and ensures the car will roll into the curb instead of out into the street.

Of course, the best fallbacks are always the simplest ones. Like a big, solid object placed behind one of the tires (kalso in the vernacular). There is no ghost--mechanical or otherwise--that is a match for a nice, heavy rock. 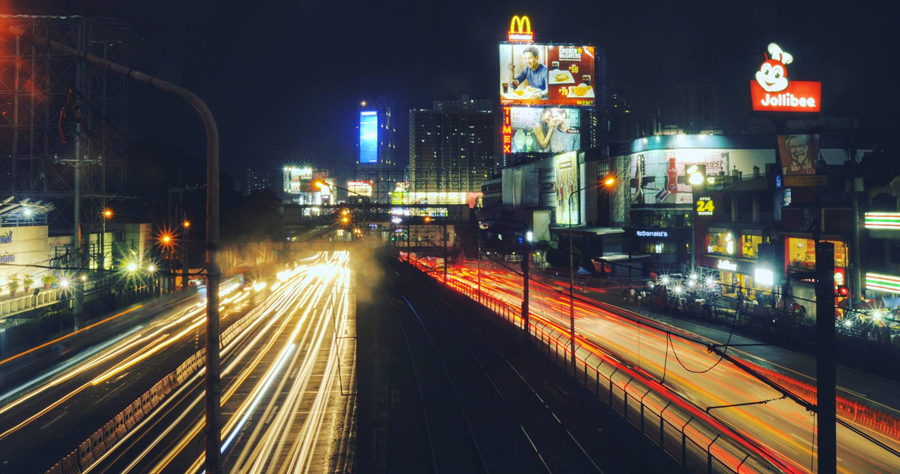 30 changes EDSA has gone through in the last 30 years
View other articles about:
Read the Story →
This article originally appeared on Topgear.com. Minor edits have been made by the TopGear.com.ph editors.
Share:
Retake this Poll
Quiz Results
Share:
Take this Quiz Again
TGP Rating:
/20