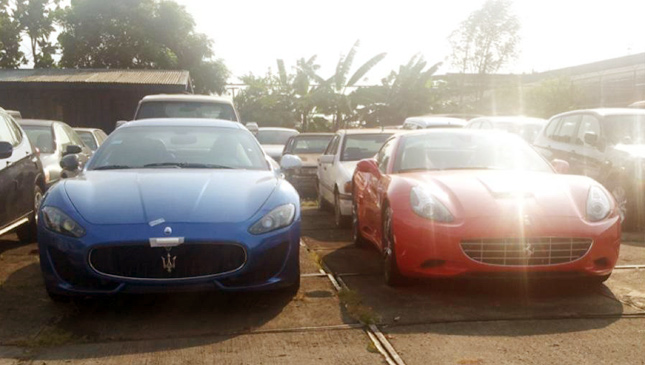 NOTE: This piece was originally published by The Manila Times on February 26, 2008. The author is resharing it here in light of the recent developments at the Bureau of Customs.

Call it serendipitous or divine, but I found myself washing down chicharon with beer across the table from a Bureau of Customs fellow on the eve of the People Power anniversary. I hadn’t met the man before, the same way that he didn’t have a clue about who I was. The two of us were just part of a group that was trying to drink away the boredom of an uneventful Sunday evening. We had common friends, in other words, and even more common sentiments in life.

As drinking sessions with strangers go, we started by engaging each other in a lot of small talk. I’d play a Rick Astley song and the others would wistfully share what it reminded them of. Mostly high school stuff, because I suppose you have no business listening to ‘It Would Take A Strong, Strong Man’ beyond high school.

When new acquaintances get more comfortable and tire of all the cheesiness of adolescent life, they move on to more serious subjects--like work. And that’s exactly what we did. And because nobody wants to hear about what journalists do, we basically spent the entire evening with the BOC staffer talking and me asking probing questions.

Obviously, my interest lied chiefly in the automotive section of the bureau. It’s the section in charge of examining the value of all motor vehicles coming into the country and then appraising how much import duties and excise taxes should be levied upon them.

"The automotive section only has five people but is easily the biggest revenue generator for the bureau," our BOC guy said. "Food, electronics, apparel and others are nothing compared to cars and auto parts."

I then asked what I now realize was a stupid question, like asking if the Pope is Catholic: So, is there really rampant corruption in the bureau? After probably wondering what drug I was on, he emphatically said: "Yes. Of course. Definitely. Hello, are you serious?"

"Yes, I am, as a matter of fact," I told him. "Please enlighten me: How do BOC personnel make kickbacks from imported vehicles?"

With all the patience a parent has for a toddler, he broke it all down for me.

"As a general rule of thumb," he said, "the multinational car companies with manufacturing operations here pay the correct taxes. Everything is aboveboard. Usually, it’s the importers of European luxury cars who don’t play by the rules."

"You mean the gray market?" I asked.

"Not just the gray market but even those legitimate authorized importers of European brands," he countered. He then enumerated to me the names of these companies, not realizing that I regularly dealt with these firms as part of my job as a motoring writer. The sad thing is, even those companies I actually look up to in terms of professionalism are also apparently willing accomplices in this web of corruption.

"Okay, so what exactly goes on during the dirty deal?" I pried.

"Let’s say a luxury German SUV comes in," he commenced. "Its actual market value, for instance, is P4 million, according to the Kelley Blue Book, the motor vehicle valuation guide that we use. If we’ll do it the right way, its tax should be P1.2 million, or 30% of the actual market value. That’s the amount the importer should really pay us. Now to make more money, the easiest thing for the importer to do is to pay lower taxes. They can’t make more money by pricing the vehicle higher, because really, who’s going to buy it? So the importer then undervalues the vehicle, with the knowing cooperation of BOC personnel, of course."

"Interesting," I quipped while opening a third bottle of beer. "Go on."

"The importer then dictates his preferred value for the imported vehicle," my new BOC friend resumed. "If he says he wants the value to be just P1 million, then the tax that he’ll pay us will just be P300,000."

"Impressive," I marveled. "But again, how do you make your kickbacks?"

"And where does the P270,000 go from there?" I inquired with my eyes now much wider than when we started our conversation.

Dear Lord. No wonder we’re this messed up. When I asked him if he was entirely comfortable working in a venomous pit like the one he had just described, his face saddened--like that of somebody who had just sold his soul for the world.

"You know what?" he shot back. "I was once very idealistic when I first joined the bureau. Probably more idealistic than most of you are. But the whole system will eat you up. Refusing half a million pesos in kickbacks is easier said than done, believe me. And we know we are all just pawns here. When government wants to look good in public, the Ombudsman will run after the rank-and-file employees, like me. But these same employees have no choice. How can you say no if the ones brokering the deal are some of the most powerful people in the land? Of course, you can say no, but there goes your job, too. What do we do? We have families to feed. You probably don’t know this, but many of us in the bureau don’t even get the minimum salary."

"Let’s say a righteous BOC commissioner comes along and cleans up the bureau," I hypothesized. "He then implores everyone to be honest and then offers P50,000 a month in salary to each one. Will that solve things?"

"First off," he said, "if a person is righteous, he probably wouldn’t stand a chance of getting appointed BOC commissioner. Secondly, people there make P50,000 in kickbacks in a week, so I doubt you will find many personnel who would be sympathetic to your idea."

"But wouldn’t you sacrifice a bit in exchange for a better, moral Philippines?" I challenged.

His prolonged silence told me everything I needed to know about the future of this country.