What's it like to drive the fastest-accelerating car in the world?

The Dodge Challenger SRT Demon isn't for everyone
by Ollie Marriage | Jul 24, 2017
CAR BRANDS IN THIS ARTICLE 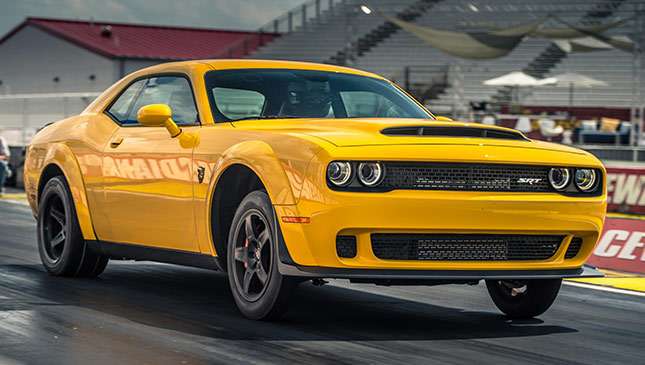 That’s what the paperwork says, and having experienced what 840hp does on a drag strip I have no cause to doubt it. A blazing 0-96kph in 2.3 seconds is the claim. Obviously not everyone sets their acceleration times on a super sticky drag strip wearing drag radial tires, but then not everyone can: differentials would suffer, transmissions would die. But that’s the whole point of the Demon.

What, simple as that?

I talk to Tim Kuniskis, whose job title (head of passenger car brands, FCA North America) does nothing to convey his passion for his most extreme product. "Our goal from day one was, in street trim with pump gas, to do 9s and pull the wheels." You get that right? The Demon’s key development targets were to pull a wheelie and smash the quarter mile in under 10 seconds. 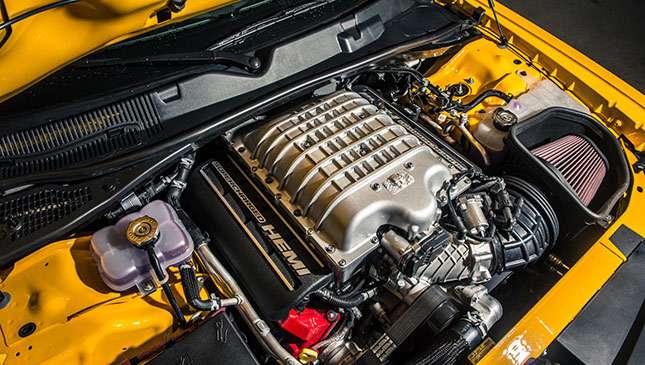 Pure genius. So what’s been done to a Hellcat to make it into a Demon?

Let’s start with the engine, which has received 25 major component changes. The supercharger capacity is up from 2.4 to 2.7 liters, boost pressure is up 20%, the rev limit edges up from 6,200rpm to 6,500rpm, the valve train and fuel injection have been changed, and it processes more air and fuel than any other production car.

Wow, what’s been done to the chassis to cope with all that?

Well, let’s work our way back along the drivetrain first. Although it uses the same eight-speed auto 'box, the torque converter has been modified, the prop shaft is 20% thicker, the rear diff has 30% more torque capacity, the gear sets are new, and the half shafts are larger diameter, too.

Elsewhere, the Bilstein adaptive dampers have been retuned so that in Drag mode they deliver as much rearward weight transfer as possible, the springs are softer, the tracks are wider, and there’s been a concerted effort to lose weight from the front end. 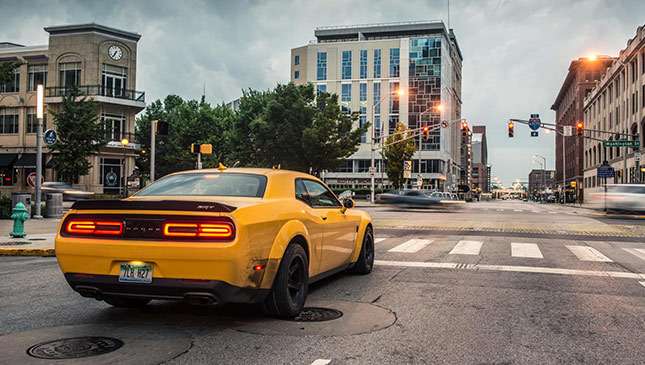 How much lighter is it than a Hellcat Widebody?

Exactly 101kg says Dodge. Removing the rear seats saved 25kg, whipping out 16 speakers saved 11kg, with insulation, smaller brakes, lightweight wheels, parking sensors and trim accounting for much of the rest. It doesn’t even come with a passenger seat as standard (that saves 26kg).

Wait, the Demon is a single seater then?

It is, although you can option a lot of this back in. The passenger seat costs one dollar.

Bargain. What else can you spend your money on?

Well the other single dollar that all 3,300 owners are bound to spend buys you 'the crate.' This really is a big wooden box that contains skinny front caster wheels, a new engine controller to make it run on race fuel, a special VIN plate for the dash, and all the tools you need. Only with the pack can you use 100 octane gas and hope to match the near meter-long wheelie that the Guinness Book of World Records verified. 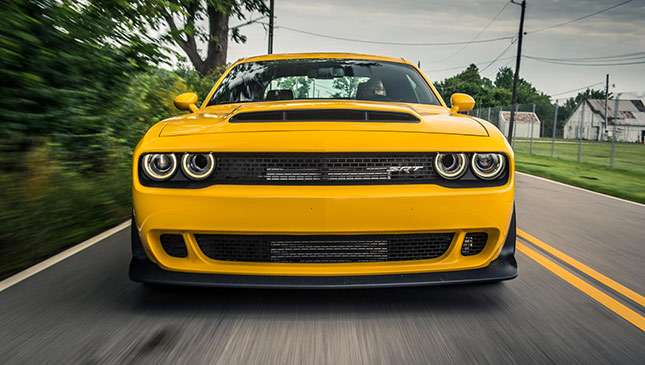 There’s too much to talk about here. Many of Dodge’s engineers that worked on this project are drag racing nuts, so they included many drag features. So there’s line lock (although the Ford Mustang has that), the A/C can be diverted to help cool intake air, the standard tires are bespoke Nitto NT05R drag tires, and it has a transmission brake.

So, it’s a real drag racing weapon, then?

Absolutely. Inside it doesn’t feel too different to a Hellcat—the seats are big and plush for instance, but press the SRT button and the screen brings up a host of new selectable settings. This is where you can change the engine mode to run on 100 octane fuel, engage line lock, set the rpm for launch control, alter the suspension settings, and use the trans brake.

This locks up the transmission under load, so that when you release it, you dump torque on the wheels instantly. 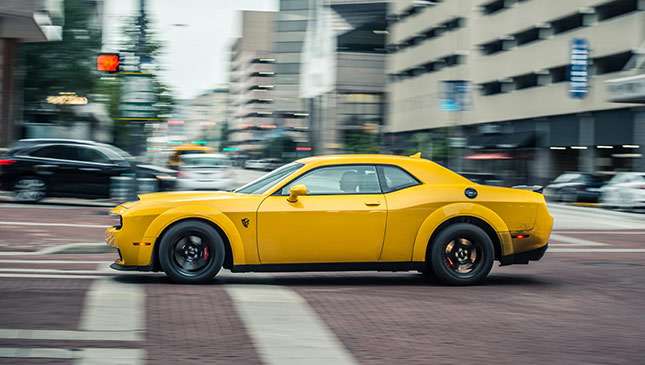 Massive, massive fun. I mean, come on, what did you expect? It’s an 840hp supercharged V8 that squeals and bellows and snorts, hooked up to a super-sticky set of rear tires, and a pair of comically weeny fronts. I have never felt anything that goes off the line remotely like the Demon.

Does it sustain that acceleration?

On the whole, yes. At least for the quarter mile, but it needs the drag strip to perform its best. Once up and running a McLaren 720S is faster, for instance. But that shouldn’t detract from the Demon’s ability—this is a drag car, and given the enthusiasm for drag racing and tuning in America I bet most of them will be modified.

But the point is that Dodge warrants the Demon as a drag racer. It’s covered for it and designed and engineered to do it. During the development process one car did 5,500 drag starts without a single component being changed (apart from the tires). A Nissan GT-R manages about three before the diffs call it quits and demand a rest… 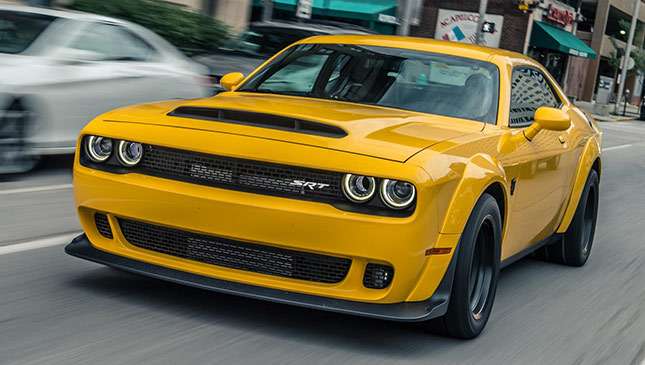 True. So how does it cope away from the strip?

Now here’s the weird thing. Before I drove it on the road, two things concerned me—the tires and the power. But those fat Nitto drag radials actually grip really well, even on damp roads, and the engine is a pussycat. Dodge has done a brilliant job with the throttle control, so you can surge between traffic lights with no concern, metering out the power very accurately.

The gearbox, which does kick under full load, is also smooth and benign on road. And it rides well. By switching the Hellcat’s 20-inch tires for 18s with taller sidewalls, the ride quality has improved.

Sure it rolls around corners in Street mode, but switch things to Sport and it actually feels reasonably sporty. Having the adaptive suspension means Dodge can mess around with the set-up: soft for the street and trick for the strip.

What do you mean?

Well, for drag racing, you want the rear firm to cope with the weight transfer, and the front firm in compression (to help lift the wheels off the deck), but soft in rebound (for when it comes back down). If you back out of a run, the rebound firms up instantly to give you more control. Clever stuff.

It’s all about weight transfer, which Dodge claims improves tire grip by 11%, and there’s a lot of weight to transfer when you learn the Demon has a 58:42 distribution. 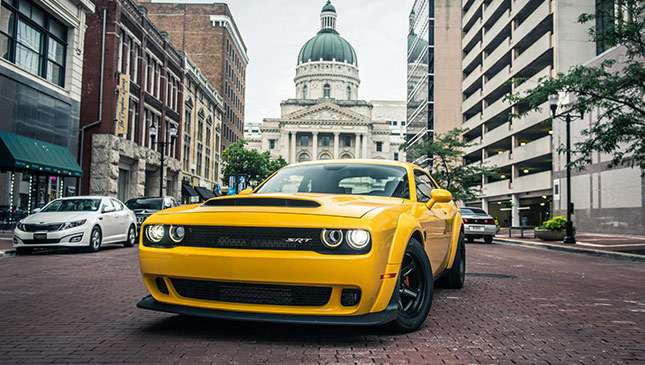 Only in America. Dodge is building 3,300 in total, priced at $84,995 (P4.3 million) each. Within 10 days of it going on sale, 70% are accounted for, with Dodge doing something quite crafty to try and deter speculators.

So what’s your final verdict?

It’s a mad car, one that it’s a struggle to get your head around. But the car itself strikes a very happy balance between street and strip. It’s a perfectly manageable, rumbling, barking 'everyday' muscle car capable of hitting the drag strip. 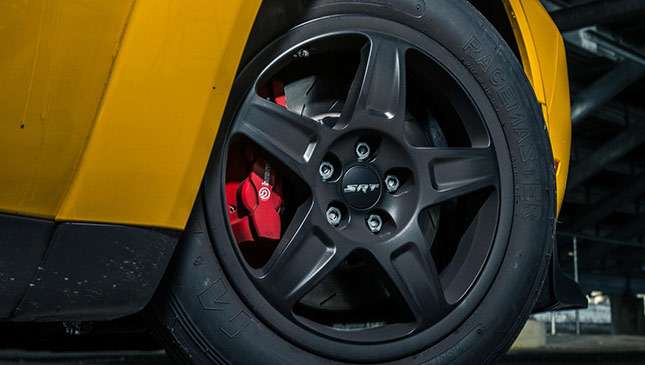 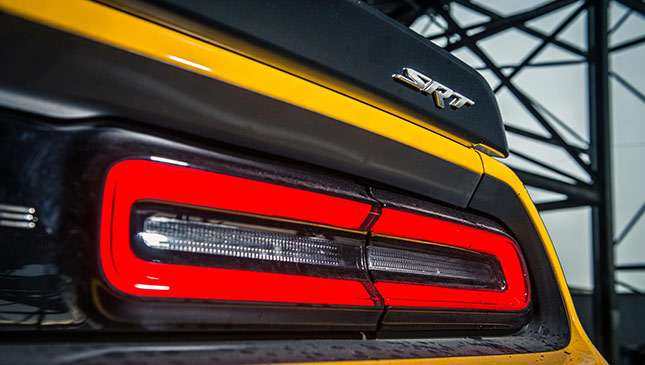 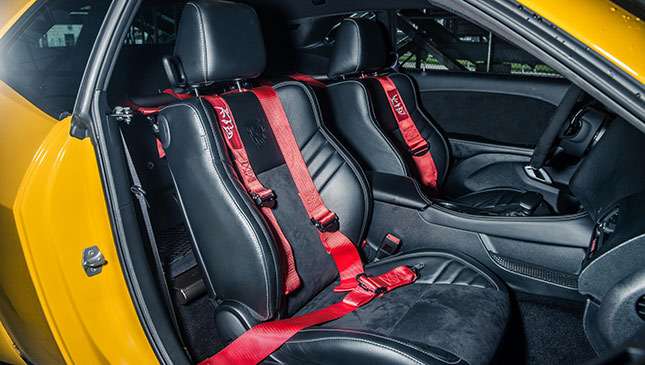 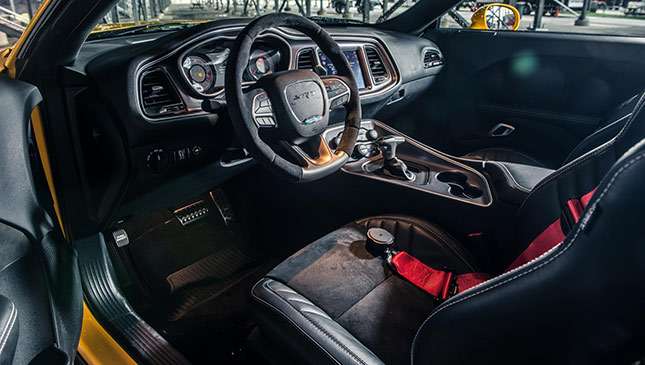 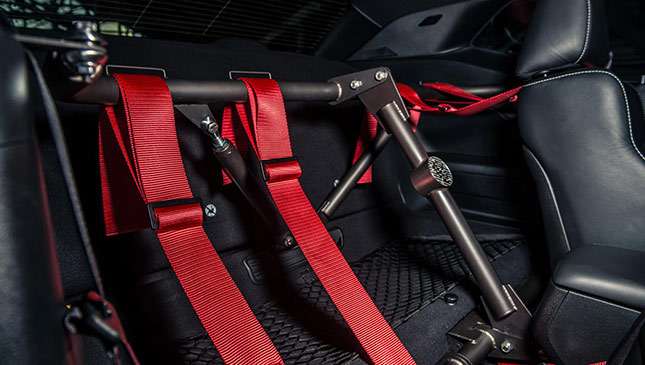 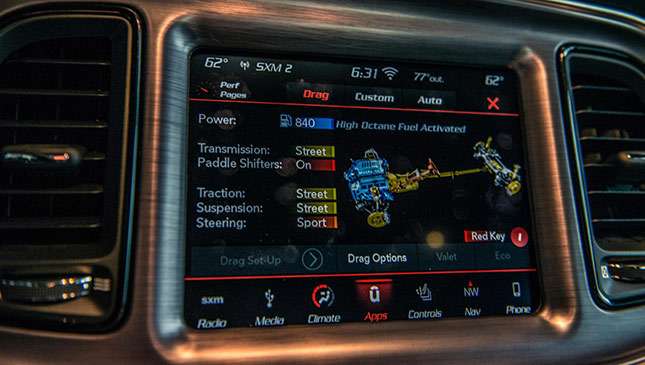 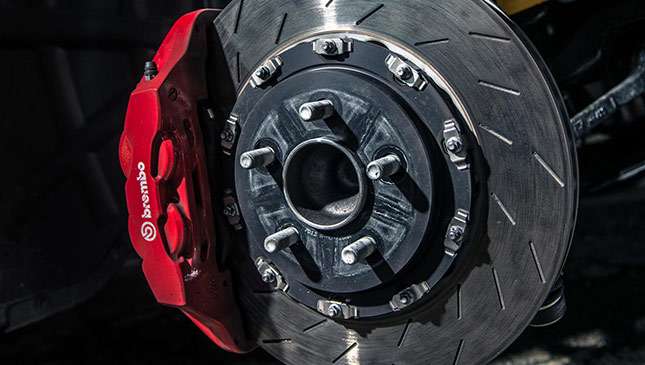 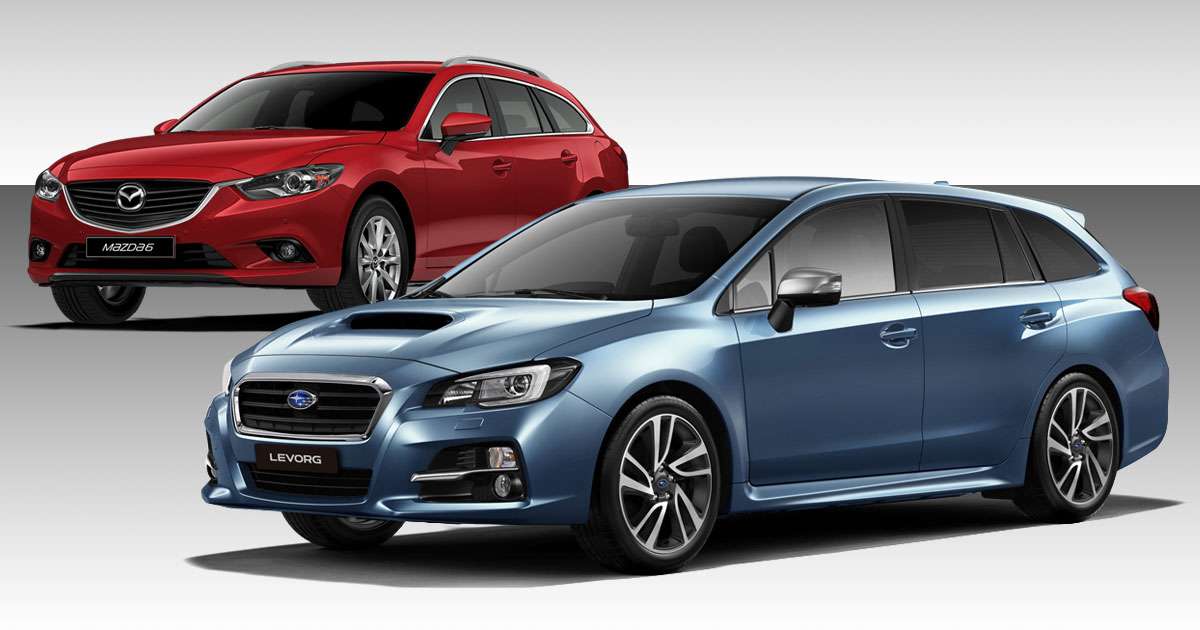 Spec-sheet brawl: Mazda 6 Sports Wagon vs. Subaru Levorg
View other articles about:
Read the Story →
This article originally appeared on Topgear.com. Minor edits have been made by the TopGear.com.ph editors.
Share:
Retake this Poll
Quiz Results
Share:
Take this Quiz Again
TGP Rating:
/20