One of the many Internet arguments against electric cars goes roughly along these lines: the batteries that power EVs will be useless after a matter of years, and they’ll all end up in landfill as a dead loss. And, like so many things on the Internet, it is utter nonsense. It is double-decker nonsense, in fact, because a) batteries last much longer than the I-know-betters will ever admit, and b) batteries that big and powerful will always find another place to be useful.

Let’s start with the first bit, then, the foundational fallacy: batteries are useless after a few years.

Geotab measured the battery health (i.e. ability to hold charge) of some 6,300 electric cars. And it found that across those 6,300 cars—21 different models including the BMW i3, e-Golf, Nissan Leaf, and Tesla Model S—the average battery capacity after five years was still 89.9% of the new car’s. And this is the average, which includes early EVs that didn’t have the level of battery conditioning found in newer electric cars and whose batteries degraded faster as a result.

A simpler retort (or methodology for engaging peak backfire effect, depending on your audience) is warranty. Now these vary from country to country, but the trend among Tesla, Hyundai, Porsche, Nissan, Mercedes, Audi, Polestar and so on is to offer an eight-year warranty on the battery. There will undoubtedly be all sorts of caveats and legalese in these warranties, of course. But for players as big as these, who’ve bet as hard as they have on electric cars, to cover a component that makes up around a third of the cost of a new car... well. It doesn’t take Euclid himself to comprehend the exponential expense. For reference, Tesla guarantees at least 70% capacity after eight years, or will replace the battery with one that can hold at least that much charge.

For argument’s sake, however—because what is the Internet without arguing—let’s take an extraordinarily pessimistic view of lithium-ion batteries and suggest that after 10 years, just 50% of the original capacity remains, with nought in the way of recourse to any kind of warranty.

Now let’s apply that formula to the 93kWh battery in the Audi e-tron GT. That’s more than 46kWh left, or more than you get in the current base-model Nissan Leaf. Presumably, the big GT will get through the juice a bit faster than the more leisurely Leaf, but that’s still a lot of mileage to cover before you’re empty—some 240km of range per charge, even after a decade. And, as we’ve experienced with our geriatric old phone, halving battery capacity also halves recharge time.

But let’s say that 150 miles is absolutely not good enough, and the owner (be it original, second, fifth, or otherwise) wants to replace the battery and recoup the 480km range of a new e-tron GT. As of right now, it’s eminently possible to replace the huge batteries that underpin electric cars—take it back to the dealer, ask for a battery replacement, wince as you get a five-figure bill back and go from there. In the future, used-car values will reflect the price of this big job, much like you can get an old Range Rover on the cheap because it’s just a time bomb with four-wheel-drive.

But a decade from now, batteries will be cheaper and almost definitely more energy dense. So in 2032, you could take a perfectly decent, cared-for e-tron GT to Audi—or perhaps even an independent mechanic—and get a battery that yields more range for less than you’d pay today.

So what happens to your old battery? Does it just go into landfill somewhere? Er, not quite. Old EV batteries are already popping up everywhere. BMW’s working to power festivals, construction sites and the like without the need for generators. Audi’s installing used batteries into Berlin’s power grids, putting them to work in its factories and even working with a non-profit that’s trying to electrify India’s rickshaws.

Then there’s the obvious: home energy storage. A Tesla Powerwall holds 13.5kWh; an eight-year-old battery from the cheapest Model 3 you can buy today is warranty-guaranteed to hold more than three times that. So when your EV’s battery is eventually completely spent for use in your base-model Tesla, you can use it in your house. Assuming broadly linear degradation, 70% after eight years is 35% after 16. That’s still a 21kWh Powerwall, ready to install in the year 2038. 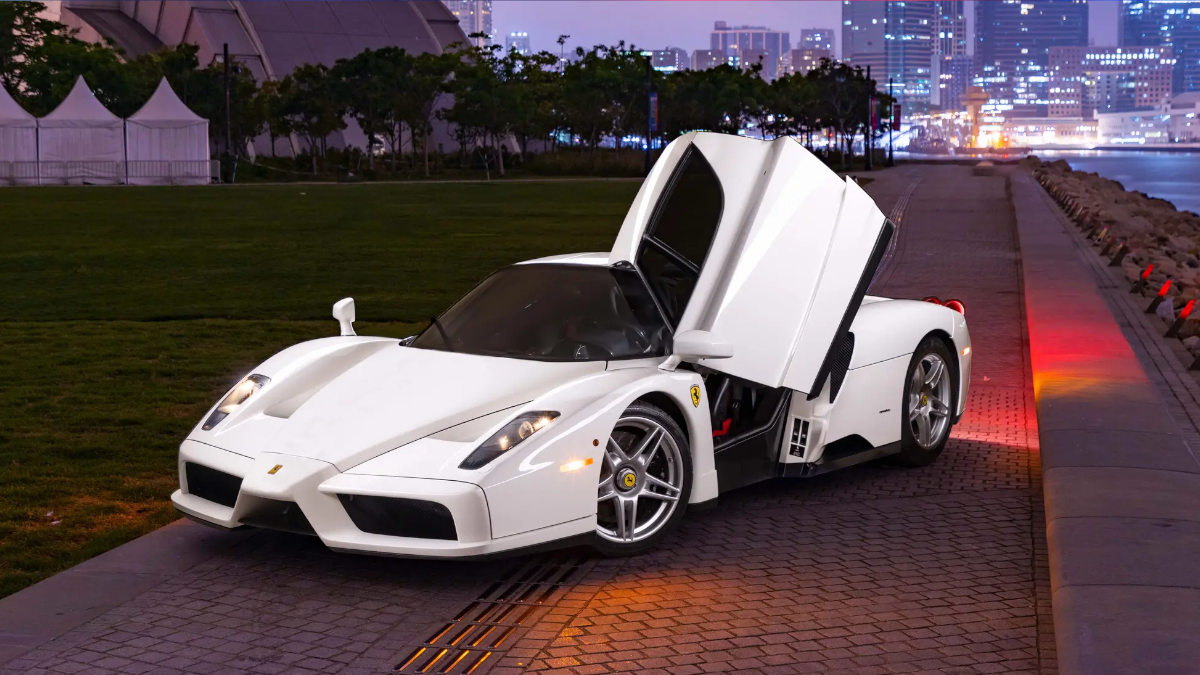