Inspired by the first-generation model
by Andrew Guerrero | Jun 1, 2021
CAR BRANDS IN THIS ARTICLE

This latest car we’ve chosen to revive is the Toyota MR2, aka the ‘Midship Runabout 2-seater.’ It was the first mass-produced mid-engined Japanese sports car, and we decided to use the first-generation model as our inspiration. As an extra challenge, I was given the task to electrify our modern version of the MR2.

The exterior proportions were dictated by its architecture, so I’ll start from the inside and work my way to the exterior. Originally, I wanted to make this as tiny as the original one, but since I had to make it a hybrid, I needed to enlarge it so it could accommodate a large lithium-ion battery pack. The all-wheel-drive PHEV variant has a 355V battery pack made up of four stacks; one stack of batteries is in the center tunnel, while the other three are situated behind the seats. This layout allows the entire T-shaped battery pack to slide out from the bottom if it needs replacing or repairing. The base rear-wheel-drive hybrid variant has a smaller 207.2V battery pack located behind the seats.

All variants of our modern MR2 are powered by a mid-mounted 257hp G16E-GTS engine from the GR Yaris. On the all-wheel-drive PHEV variant, the turbo-three is paired to a 71hp rear electric motor and a 54hp front electric motor, its target total system output adding up to 326hp. The base rear-wheel-drive hybrid mates the boosted mill to a single 71hp electric motor for a target total system output of 282hp. Transmission for all variants is an eight-speed automatic transmission. The estimated 0-100kph acceleration figures are under 4.5sec for the PHEV and around 5sec for the hybrid.

Glass-fiber-reinforced polyester is used for the outer body panels to reduce weight. Aluminum is used for the suspension arms and the rear subframe. The front and rear cargo compartment tubs are made of heavy-duty lightweight composite materials. Curb weight for the PHEV is under 1,500kg, while the hybrid should come in at under 1,300kg. 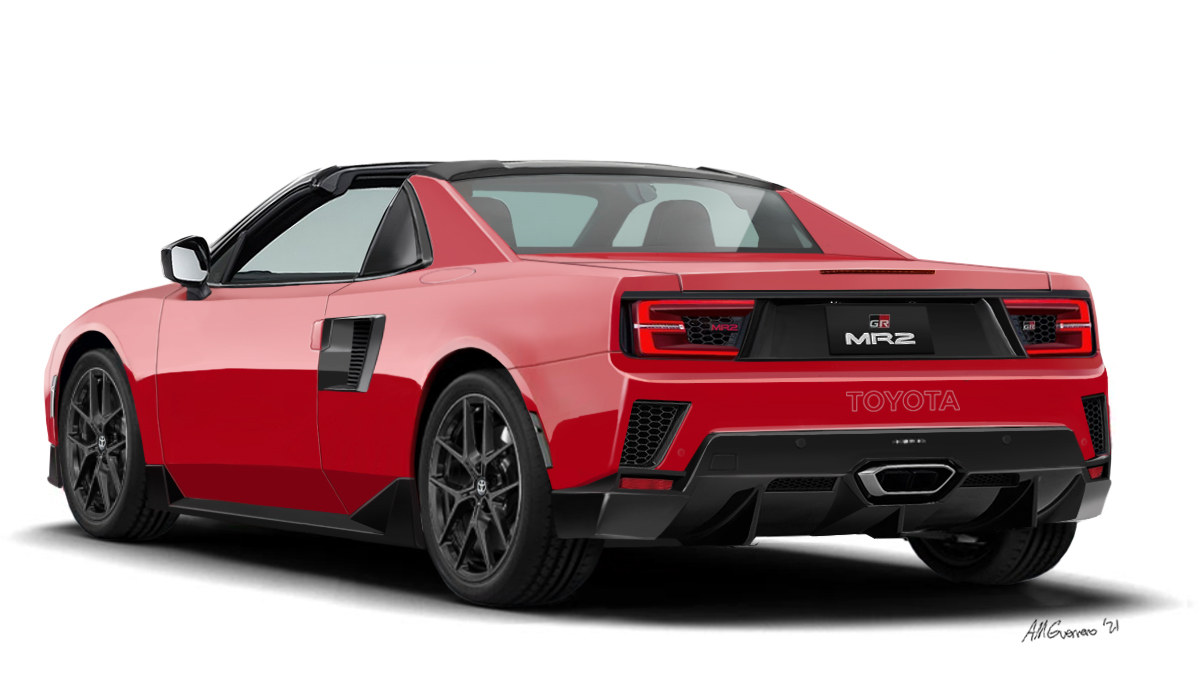 Up front, our modern MR2 has a low flat hood. Its LED headlights have L-shaped DRLs and body-colored panels that recall the look of the classic pop-up headlights, which would no longer pass modern safety standards. The lower trapezoidal grille links the styling to that of other modern Toyotas. Moving on to the sides, we kept the general look of the ’80s first-gen model, but made the surfaces flush. The lower body that’s angled inwards and the contrasting color of the side skirts are heritage styling cues of the MR2. The side intakes are now on both sides, and the fuel filler door has been relocated to the top of the rear-quarter panel near the left C-pillar. The PHEV version has its charging port near the right C-pillar.

The rear captures the general look of the first MR2s, but without using rectangular taillights. Instead, we put C-shaped LED taillights; this left us with extra space for vents. The hidden B-pillars, the gloss-black A-pillars, and the roof give the greenhouse the look of a fighter-jet canopy. The body-colored C-pillars that form the triangular buttresses, meanwhile, are among the other distinctive styling cues of the original MR2. Our modern version features a removable targa-style top that’s split into two panels; these fit in the 100-liter frunk. The 18-inch alloy wheels are shod with 225/40 tires up front and 245/35 tires in the back. Overall, this car measures 4,216mm long, 1,816mm wide, and 1,242mm tall, and rides on a 2,540mm wheelbase.

Being a performance-oriented GR model, we’ve named it the GR MR2. It’s positioned as a slightly lower-priced targa-top hybrid alternative to the GR Supra. Would you consider our GR MR2 if Toyota built it? 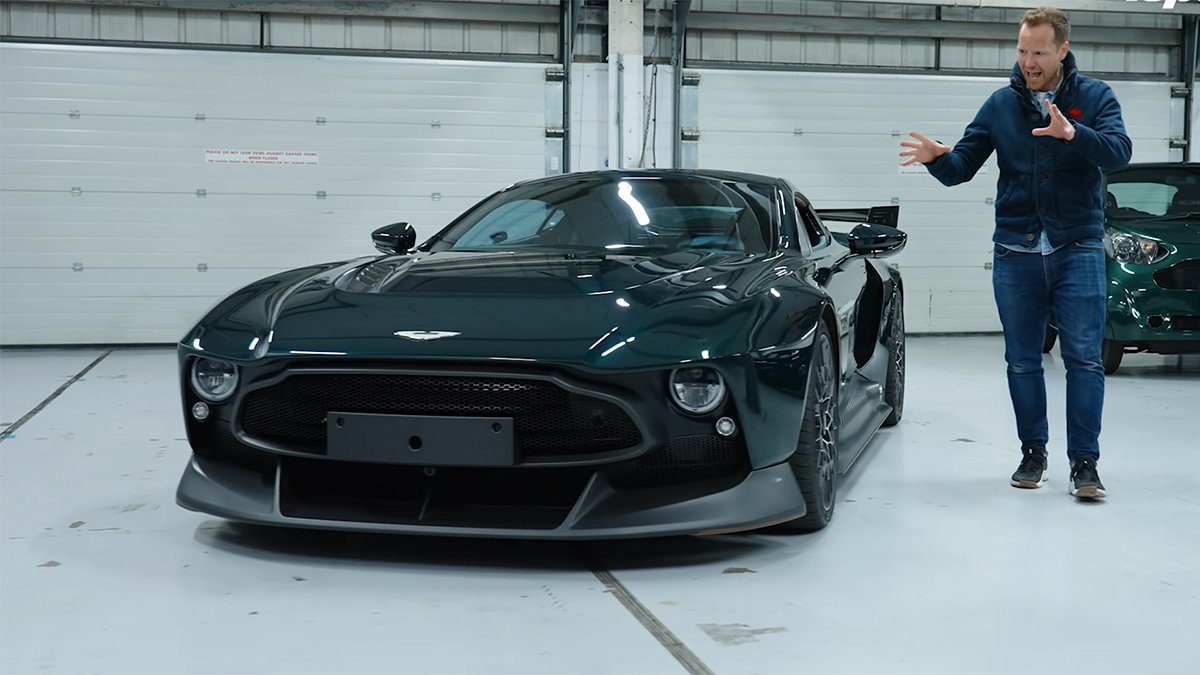 Watch: Top Gear takes the world’s rarest Aston Martins out for a spin
View other articles about:
Read the Story →
This article originally appeared on Topgear.com. Minor edits have been made by the TopGear.com.ph editors.
Share:
Retake this Poll
Quiz Results
Share:
Take this Quiz Again
TGP Rating:
/20