That’s 290kph. And even that is still electronically limited. Unfettered, and on the right tires, it’d go faster still. That’s what’s possible when the horsepower figure begins with a 5. 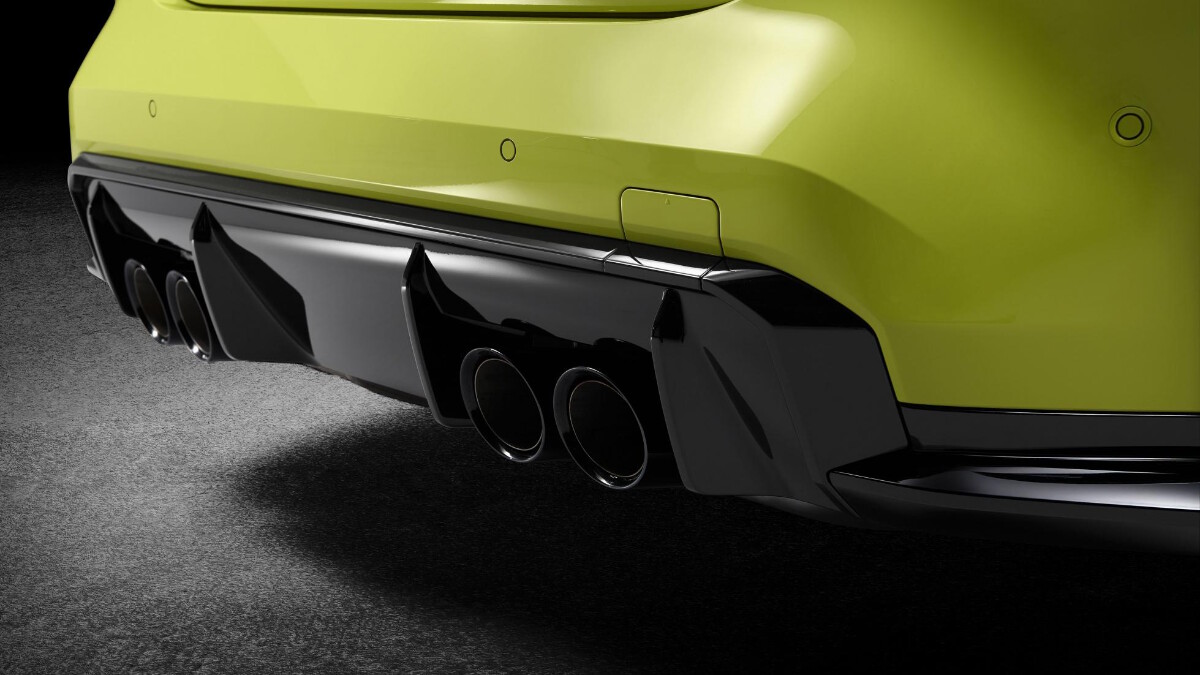 There are two settings for engine sound. They vary both actual exhaust sound—by opening or closing flaps in the system at certain revs and throttle openings—but the louder setting augments it through the speakers.

This is not some way of muting the engine to get through noise pollution rules: It always complies even in the loud mode. The engineers say most drivers will keep it raucous. But select ‘quiet’ for early-morning starts (pleasing the neighbors) or long trips. 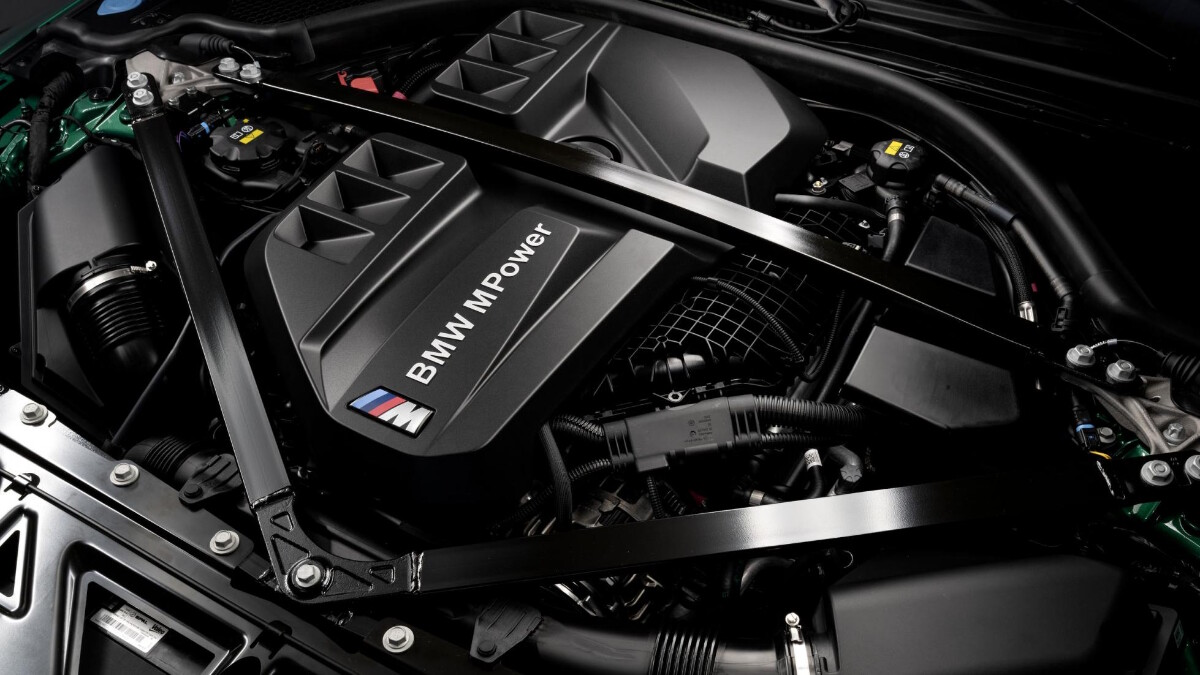 That’s because its water passages are so intricate, they couldn’t be produced by conventional casting. It uses a valvetrain that’s similar to the regular BMW straight-six, but apart from that, almost every part in the M engine is different.

This straight-six is also all-new versus that in the previous M3/M4, and this time, it’s closely related to the one in the X3M/X4M. But not quite the same. Both the car engine and the crossover engine have forged crankshafts, but the one in the car is lighter, to make it more responsive especially at high revs. The redline remains at 7,200rpm.

The M guys make a great play of the fact that the engine was developed ‘alongside’ the one for the M4 GT3 car. Which, they point out, goes up against Ferraris and Porsches, so certain main parts of the engine need to be ready to tackle the heat of high-level competition. 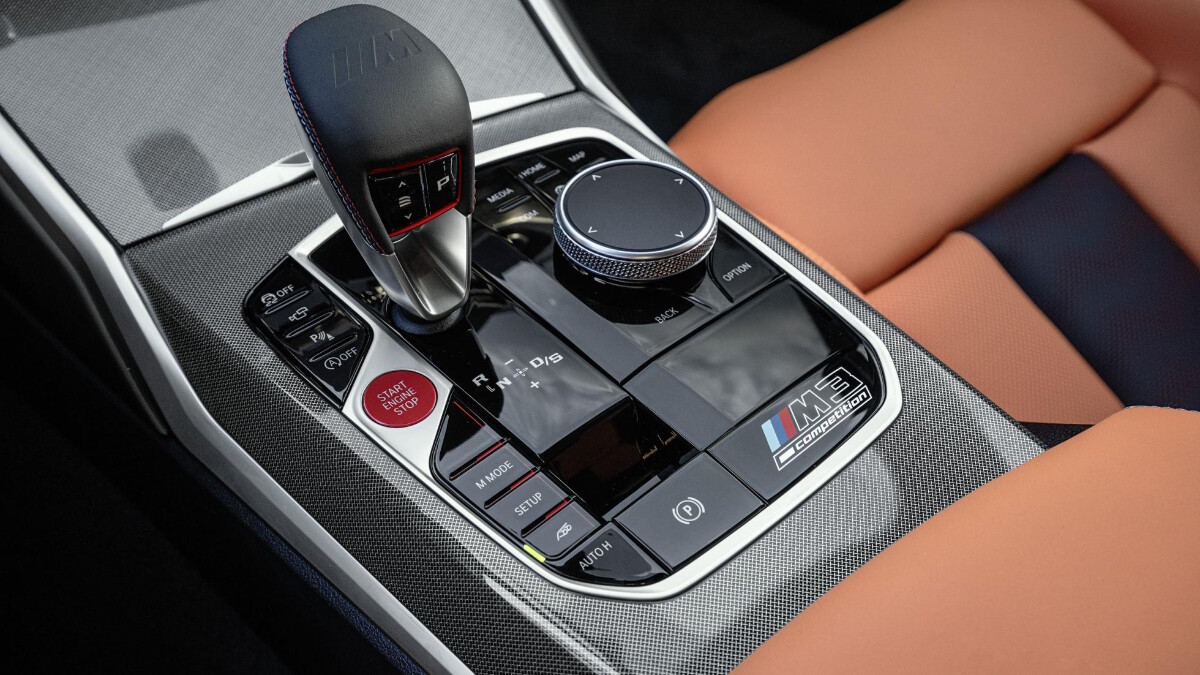 Well, the Competition is. The regular one can be had with a manual.

And by ‘automatic,’ we mean a conventional automatic, with eight ratios, not a twin-clutch gearbox. The old one, the F3x, was a DCT. So was the V8-engined E8x before that. Prior to this, the E46 and the E36 had the clunky single-clutch SMG.

This means it’ll be smooth in town. And we don’t expect the shifts will be slushy when you’re in a hurry: There are multiple configuration options to ask for them to bang through snappily. And it’s not like BMW doesn’t have experience in this area—see the current M5’s auto ’box. 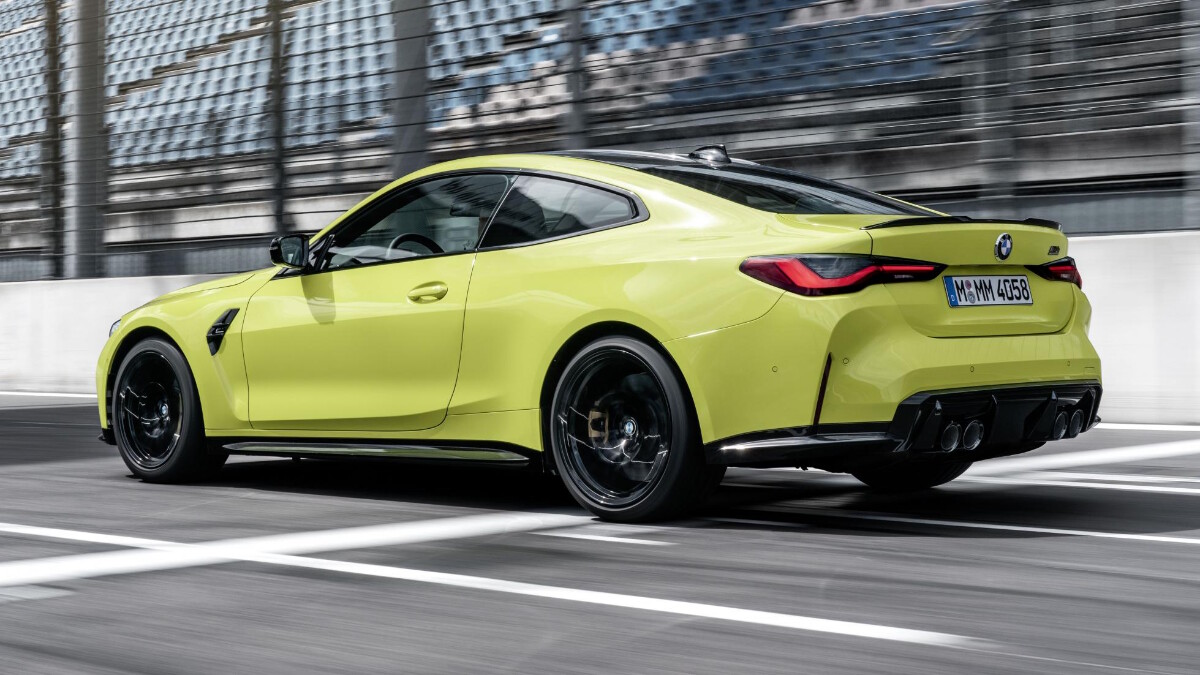 The M3 and the M4 can be outfitted with all the driver assistance of any other 3 or 4. That includes the little-known reversing assistant.

It goes like this: When you go into R, you’re given the option to have the car’s steering take over and trace the exact same path in reverse as your last 50 meters going forward. So, if you’ve driven a tricky course between walls and obstacles into a parking space, you know the car will get you out again. Provided the obstacles haven’t moved.

Pedals, of course, remain your responsibility in all this.

6) Wheel diameters are different front and back. 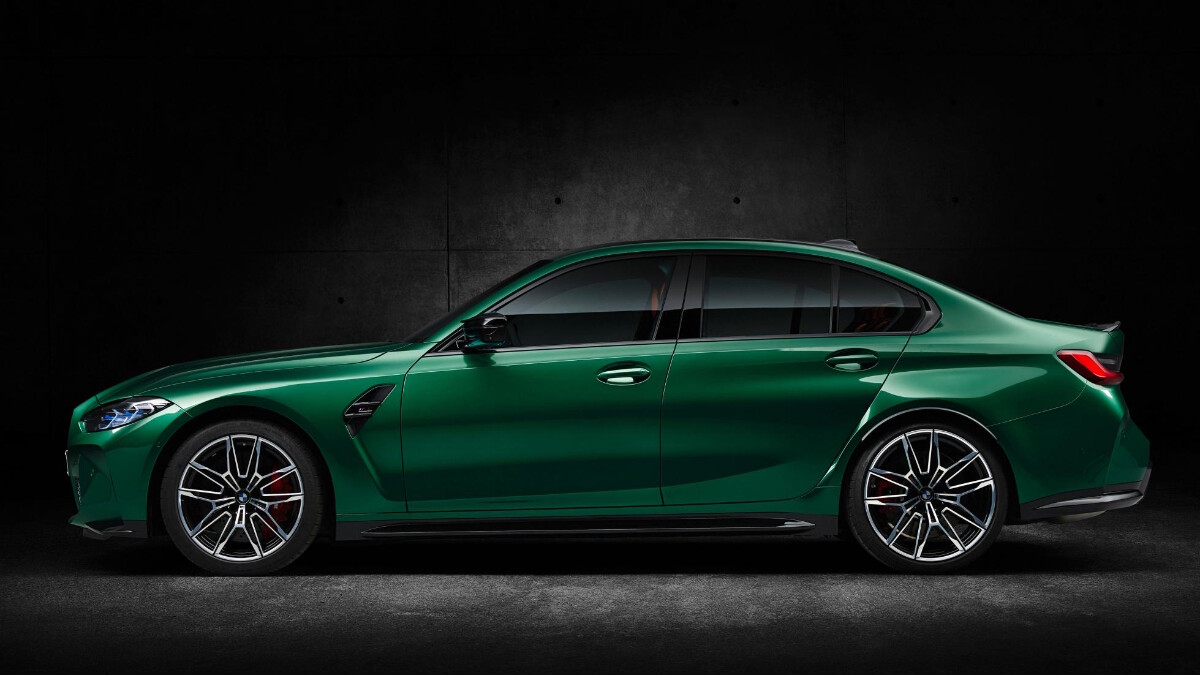 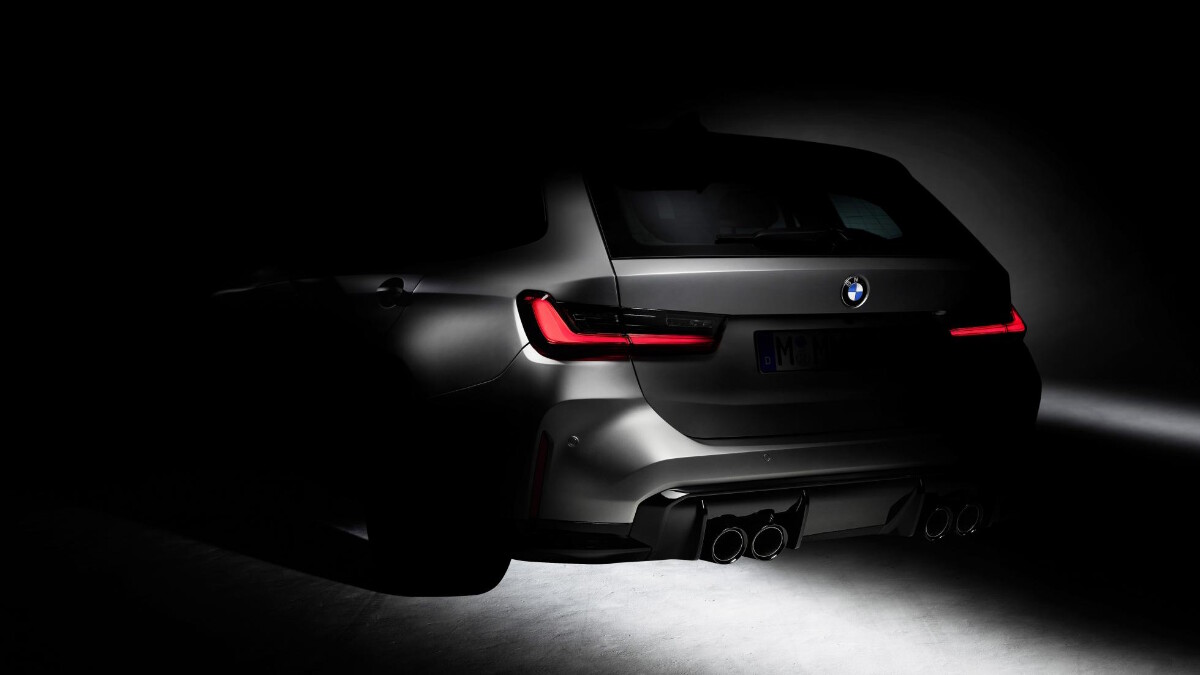 Actual prototype driving of the Touring version has only just started. But Carsten Wolf, in charge of the M3 and M4 ‘vehicle characteristics’, tells Top Gear that the aim is to make it feel just like the sedan. And he says the sedan feels just like the coupe. Subtle changes in suspension setups help compensate for slightly different weight distributions and body stiffnesses, you see.

8) A convertible is also in the plan. 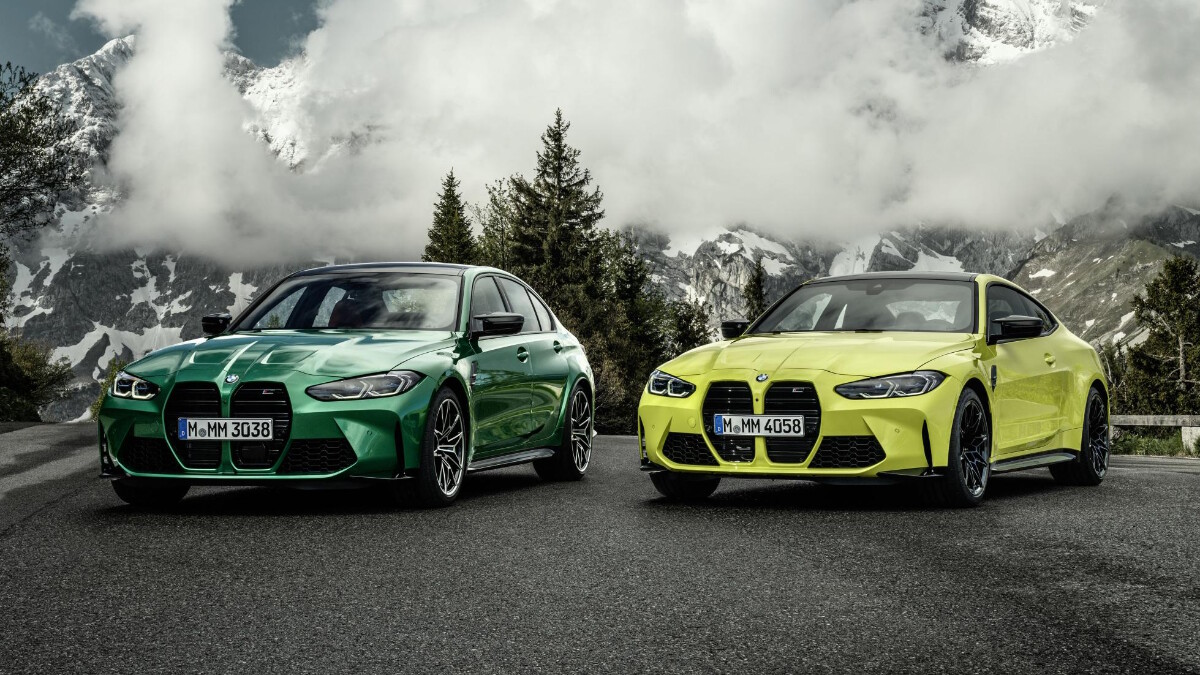 Yup, we’ve had it confirmed by Hagen Franke, head of product management for the cars. What he didn’t say—but we know because thinly disguised prototypes of the regular 4-Series cabrio are chugging around Munich—is that it returns this time to a soft top, not a folding hardtop. That means less weight, less complication, sleeker styling, and a bigger rear cargo area. 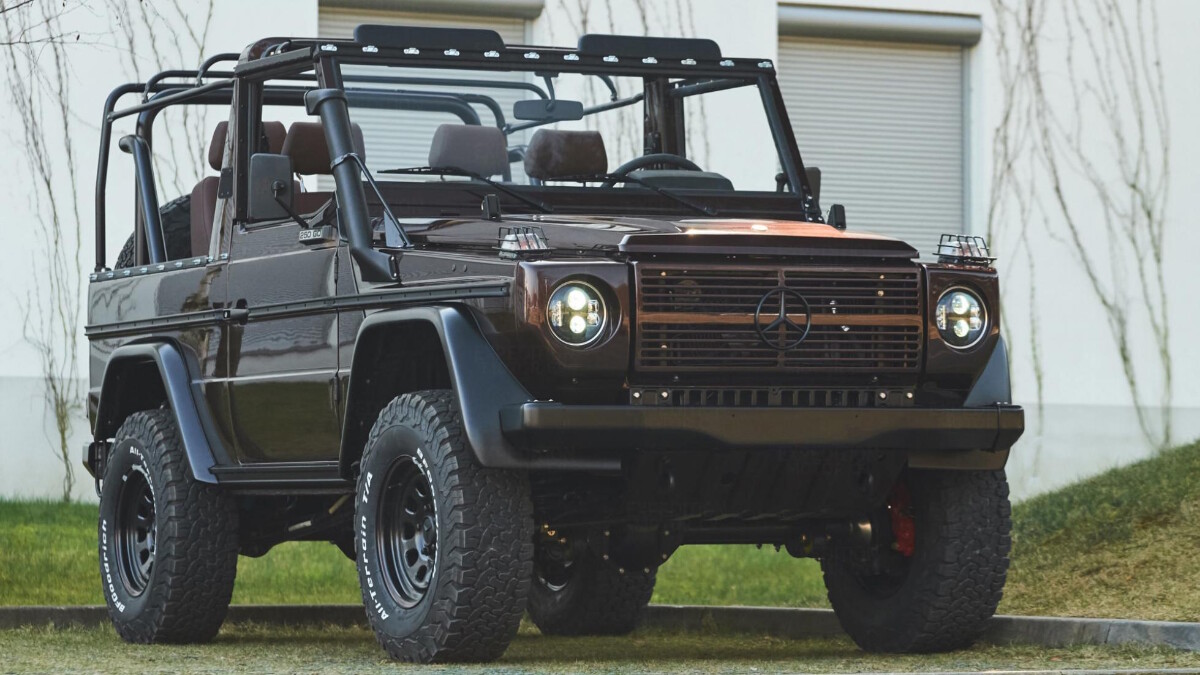 This 1990 Mercedes-Benz 250GD restomod took over 1,000 man-hours to complete
View other articles about:
Read the Story →
This article originally appeared on Topgear.com. Minor edits have been made by the TopGear.com.ph editors.
Share:
Retake this Poll
Quiz Results
Share:
Take this Quiz Again
TGP Rating:
/20