It's that time of year again, guys. While a lot of the social media buzz surrounding this year's Super Bowl commercials revolved around the release of trailers from two of 2018's most highly-anticipated films (The Avengers: Infinity War and Solo: A Star Wars Story), we were busy watching out for something else--car ads.

There were a handful of notable ones, but this year we finally decided to leave out some of the more cliché picks. If an ad consists of just some dude driving to inspirational music, or another run-of-the-mill tearjerker, you probably won't find it here. In fact, some of this year's picks make fun of the entire 'idea' of car ads as a whole. Check them out below:

Jeep Jurassic. Any throwback to the '90s is worth mentioning—even more so if it involves Jeff Goldblum and everyone's favorite Steven Spielberg dinosaur flick. The all-new Jeep Wrangler is nice and all, but it's Malcolm and the Tyrannosaurus Rex that carry this entire clip. "Must go faster!"

Feel Something Again. Rock and roll legend and Aerosmith frontman Steven Tyler relives his '70s glory days with a little help from the Kia Stinger. Is it just us, or does this commercial make us feel old?

We Will Rock You. Who doesn't love Queen's high-energy '80s rock anthem? It's awesome. Want to know what'll make it more awesome? A bunch of Vikings singing it in unison, the all-new Ram 1500, and both of them traversing a treacherous, icy sea.

The Anti-Manifesto. It's nice to know we aren't the only ones tired of overly dramatic car ads. So is the all-new Jeep Wrangler, and it says so in the best way possible: "There's your manifesto." Nicely done, guys. Give yourselves a nice pat on the back.

Long Live the King. Anyone else pumped for the Philippine release of Black Panther? We know we are, and this just adds to that. Disney has been hyping its latest Marvel flick to no end over the past couple of weeks. Props for having Run the Jewels' "Legend Has It" playing in the background.

One team. Car commercials don't necessarily need to be tearjerkers to send out a message. This one by Toyota is the perfect example.

It's a Tide ad. Okay, you're probably wondering why this is even on here. It's a Tide ad, right? But at the same time, it's a car commercial. And a hilarious beer ad. And an insurance pitch. And a jewelry TV spot. Just watch it. You'll get it. 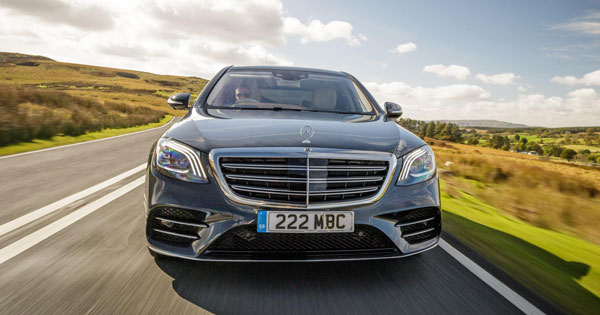 Does the Mercedes S-Class work as a mild hybrid?
View other articles about:
Read the Story →
This article originally appeared on Topgear.com. Minor edits have been made by the TopGear.com.ph editors.
Share:
Retake this Poll
Quiz Results
Share:
Take this Quiz Again
TGP Rating:
/20