Want an electric Porsche that’s not a Taycan? Step this way
by Joe Holding | May 28, 2021
CAR MODELS IN THIS ARTICLE

It’s an electric 911, is what it is. Porsche itself decided not to battery-ify the current 911 in favor of creating the Taycan, and while the wisdom of that decision is self-evident, it’s left the door open for other companies to fill the void with creations of their own.

This is called the Quintessenza, and buyers can choose from a ’60s-esque SE or an ’80s-inspired TE, with both cars available in Coupe and Targa form. The company in question will source a ‘perfect’ donor vehicle itself while you sit back and relax, which you’ll be doing for a while as the whole process takes nine months.

Why so long? All parts on the car are either fully refurbished or replaced entirely, but the result is a finished car that’s ‘better than new,’ apparently.

And if you’re horrified at the thought of butchering an original ’60s 911 in this way, don’t panic: The company doesn’t touch these out of respect for enthusiasts, instead sourcing its donor vehicles from the ’70s and the ’80s. This also helps keep costs down, so win-win. 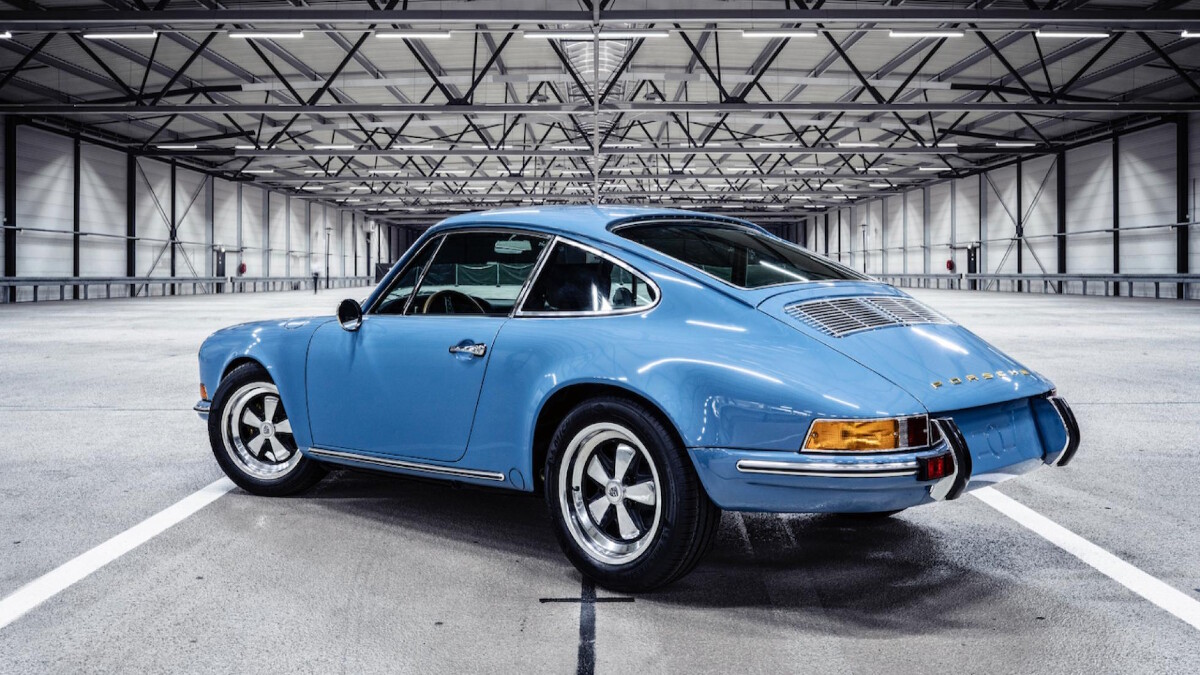 A Dutch company that goes by the name Voitures Extravert, and which is based in the Netherlands. Software is sourced from California and work on the body takes place in Germany, before the almost-finished package is brought back to base to fit and test the new electric powertrain.

The company was set up by Martijn van Dijk and Jurgen Moerman, and has been in operation since 2016. Its mission is ‘to color the streets again with iconic classics, based on technology of the future.’ Hard to argue with that. 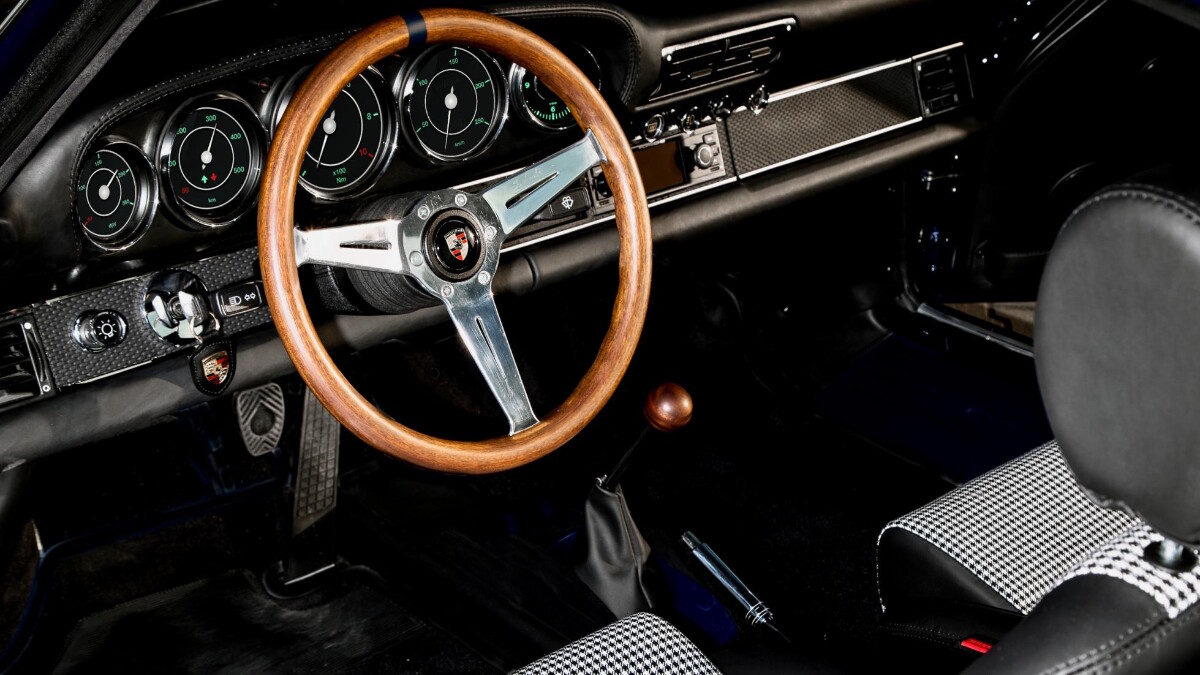 The usual: engine, fuel tank, and gearbox out; battery and electric motor in. The battery is a 59kWh unit that gives the Quintessenza a range of around 400km, and it’ll take a charge of up to 60kW at a fast-charging station.

It doesn’t end there, though. Voitures Extravert is committed to giving its customers a classic car that’s fit for the modern world, which means making the Quintessenza more comfortable than the original 911. To that end, it’ll fit custom-built adjustable suspension, as well as power-steering, aircon, heated seats, and a high-quality audio system to drown out any lingering tire or wind noise.

Part of the appeal of an electric classic is vastly improved reliability, and Voitures Extravert uses a motor that it claims will last for more than 4.8 million kilometers. We expect the Quintessenza will still be going strong deep into the 25th century.

Meanwhile, the paintwork gets the latest anti-corrosion treatment, and the car’s software allows remote vehicle monitoring and over-the-air updates. 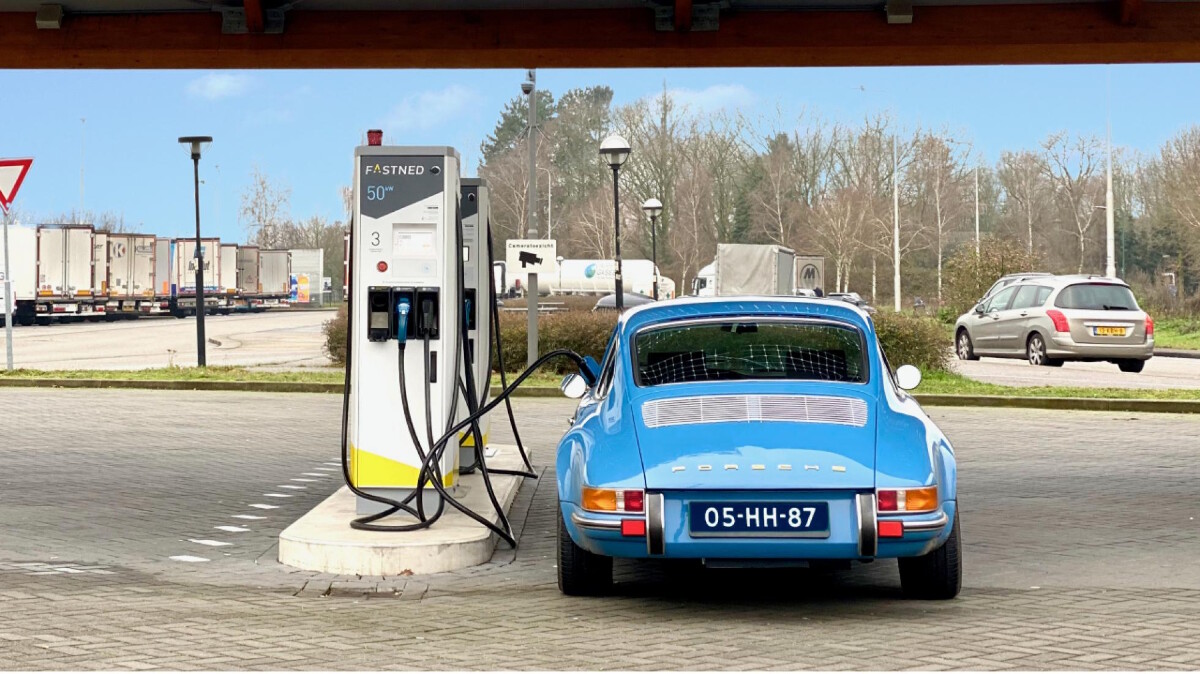 There’s no limit on the number of cars Voitures Extravert intends to make, but it goes without saying that it doesn’t build vehicles in great numbers.

The company doesn’t do non-911 requests, either, although it hasn’t ruled out expanding its horizons in the future. 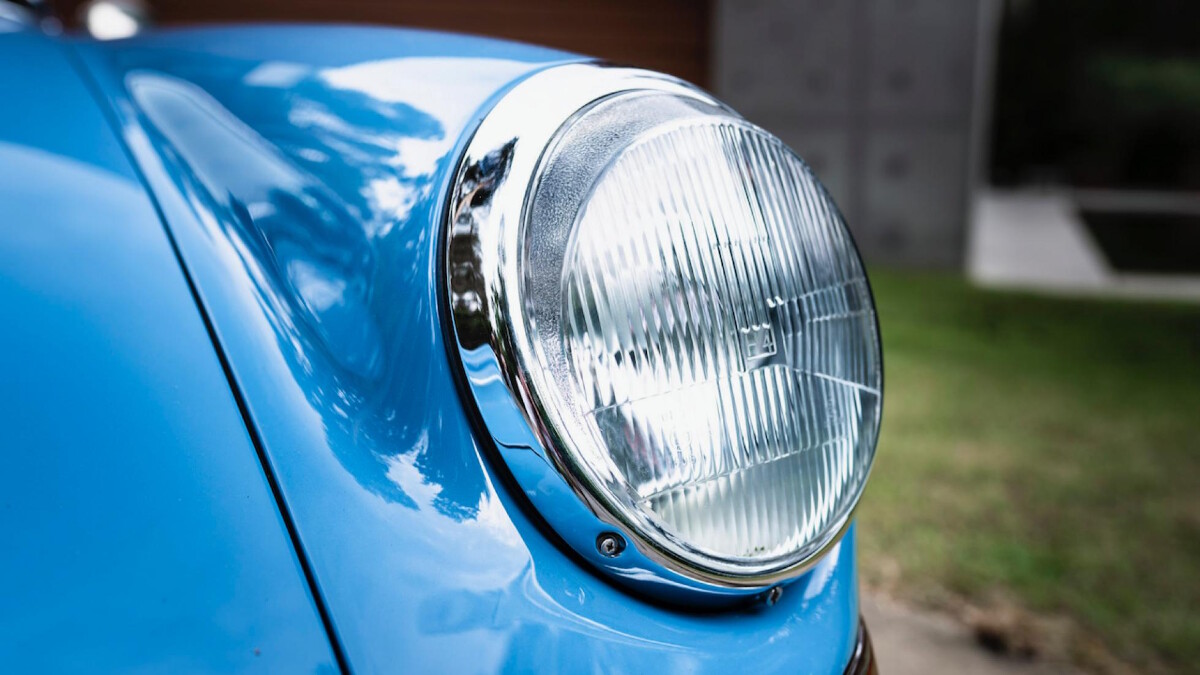 Faster than the original, as it happens. The motor generates 254hp and 699Nm of torque, chopping the original 0-100kph time of 8.7sec down to less than 6sec. The top speed is an autobahn-friendly 180kph, slightly down on the original car’s Vmax.

Voitures Extravert notes that the original 911 offered ‘a very peculiar driving experience,’ and says that the Quintessenza has better weight distribution thanks to the way the EV internals are laid out in the restomodded version. Make of that what you will. 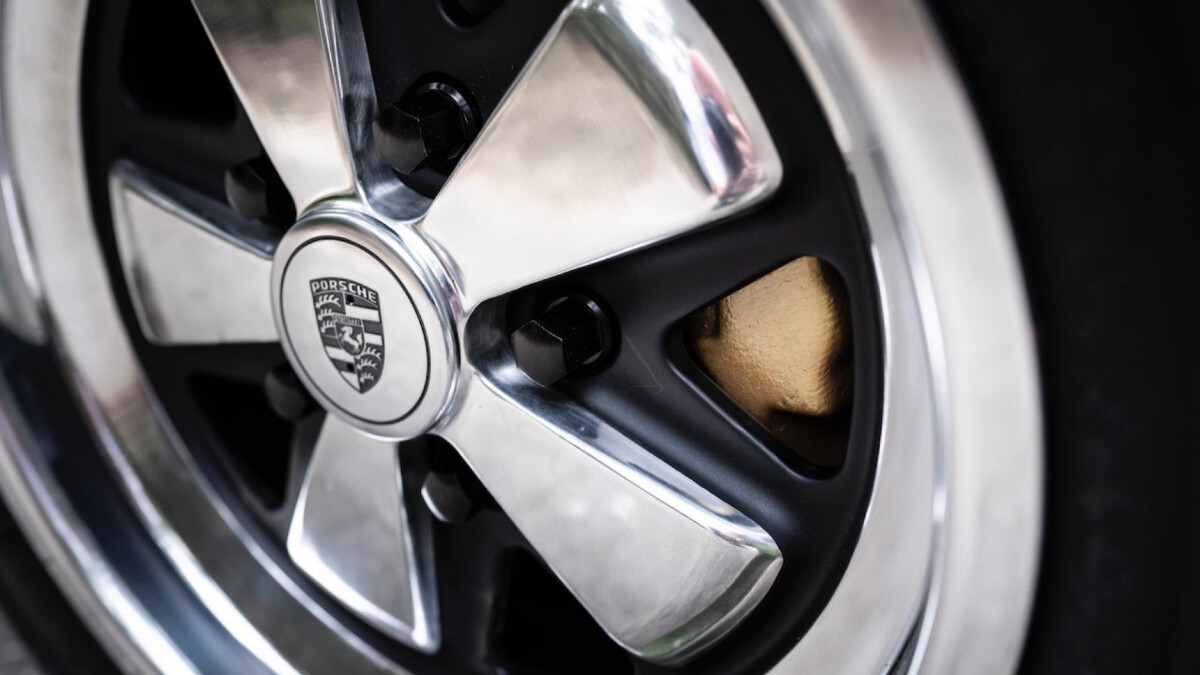 Wide rear fenders are standard throughout, although you can get medium or narrow ones, too. There’s the option of right-hand drive, but be warned that this adds €20,000 (P1.18 million) to the price. Oh, and none of this includes taxes.

Steep though it may be, you do at least get a warranty that lasts for five years or 100,000km. And Voitures Extravert insists you should only need to change the tires and windshield washer fluid when it comes to servicing. 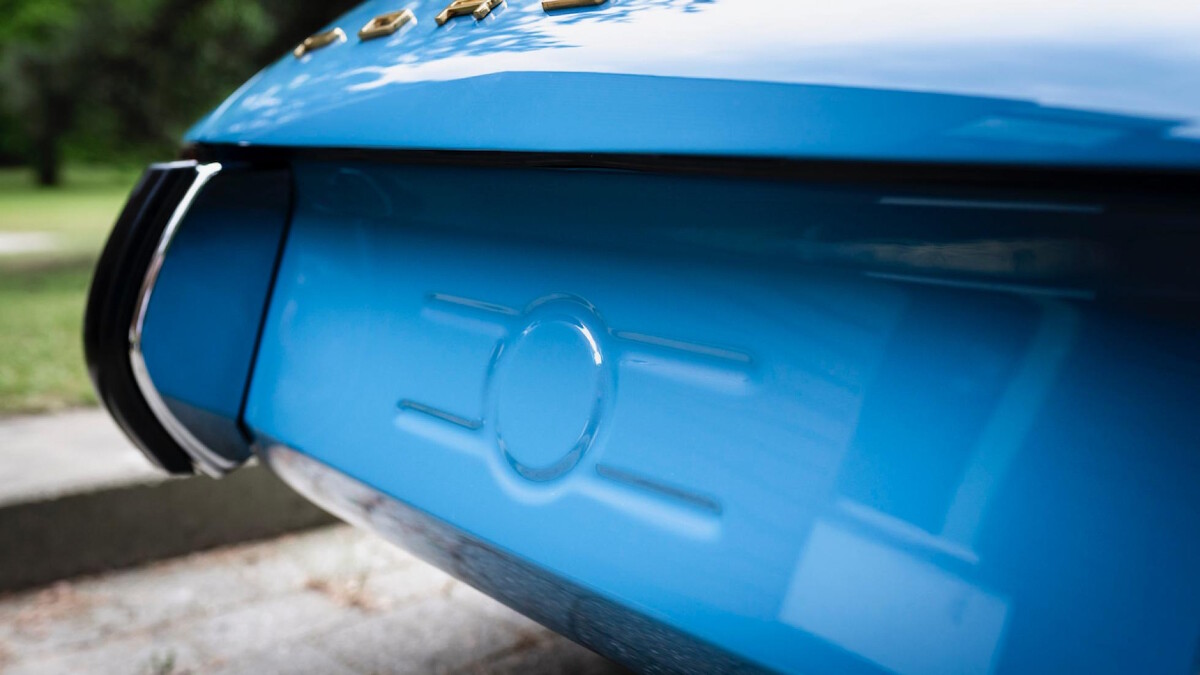 The practice of turning classic cars into electric vehicles is exploding globally, as people become increasingly wary of emissions-based restrictions. So, if we absolutely have to stick batteries and electric motors into things as esteemed as the 911, we might as well do it properly. 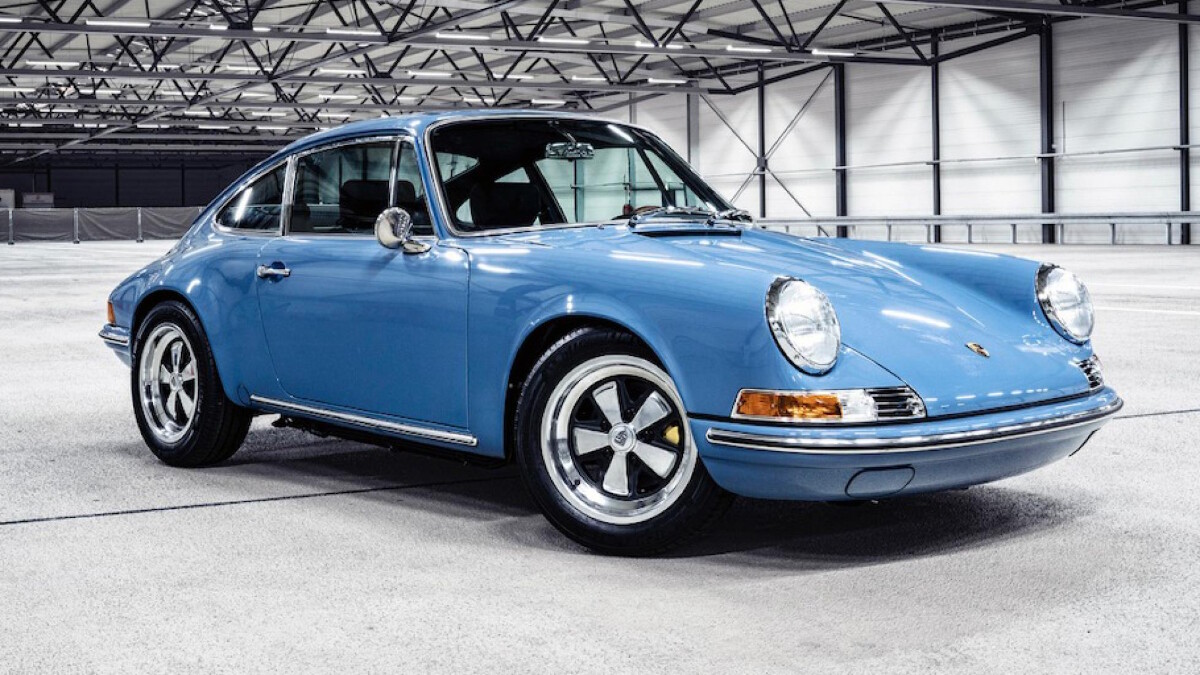 With the COVID-19 pandemic making international travel more than a tad difficult, Voitures Extravert has designed a way to give Quintessenza customers around the world a virtual test drive from the comfort of their own sofas.

It’s referred to as the AutoPilot service: A demo vehicle is fitted with cameras and taken out for a spin, while potential buyers watch live and even tell the driver where to go. There’s also a support bike following with a camera so you can see what the car looks like from behind while it’s on the move. 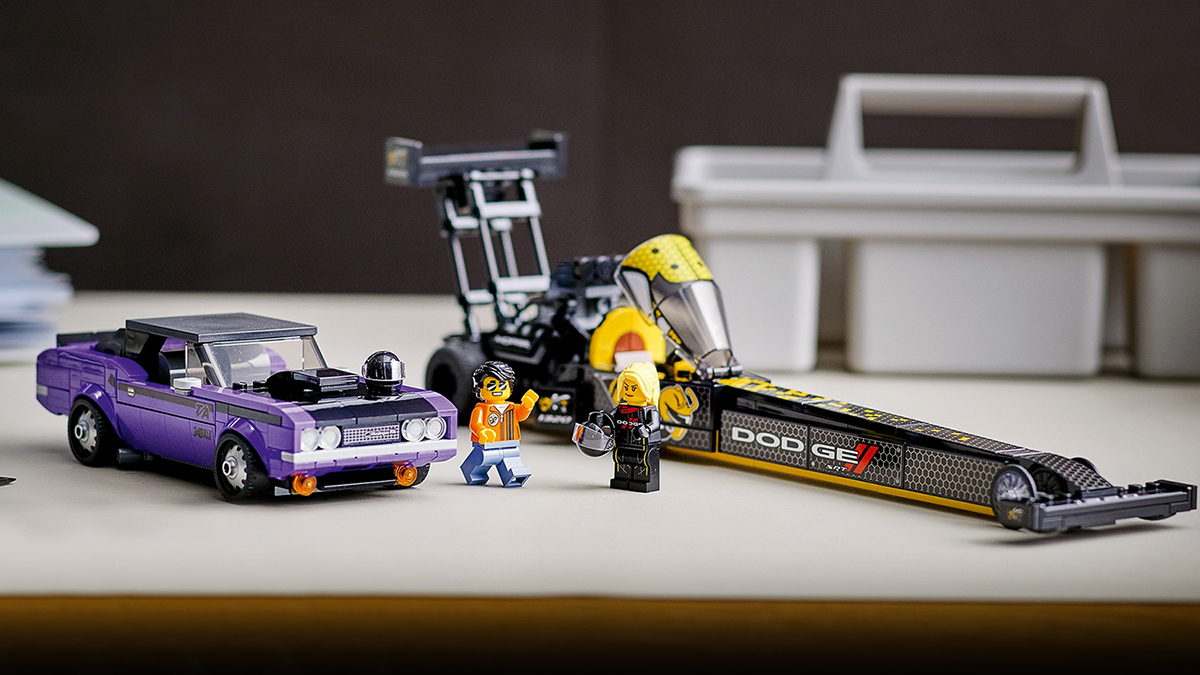 Dodge’s latest Lego Speed Champions set is for drag racing fans
View other articles about:
Read the Story →
This article originally appeared on Topgear.com. Minor edits have been made by the TopGear.com.ph editors.
Share:
Retake this Poll
Quiz Results
Share:
Take this Quiz Again
TGP Rating:
/20