Plus, a video of him driving Shell's high-tech simulator
by Sharleen Banzon | Oct 18, 2012
CAR BRANDS IN THIS ARTICLE 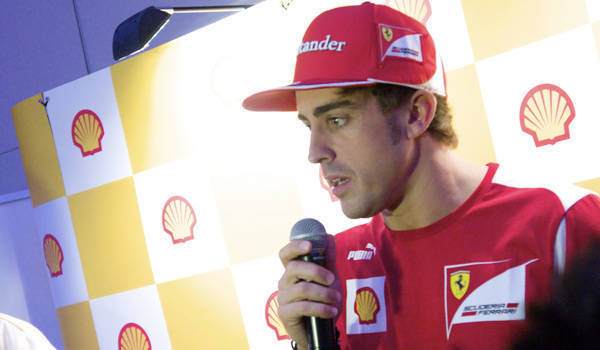 Recently, we did a poll asking whether you thought closed cockpits should be adopted in Formula 1, and the results were pretty interesting.

Sixty-three percent of the respondents chose the answer, "Yes, it makes obvious sense," while 17 percent picked, "No, because it goes against tradition and will greatly decrease the thrill factor." The remaining 20 percent simply shrugged and said, “It doesn’t matter; I will watch the races either way."

The FIA, Formula 1’s governing body, is seriously considering the matter, as Ferrari test driver Marc Gene revealed to us at the Singapore Grand Prix. He also talked about the potential issues of putting a canopy over the cockpits.

"I don't really see they'll close the cars in Formula 1," Gene said. "I can't see that at the moment, because drivers will complain about visibility. And there are also people who say that if you close an F1 car, then it won't be F1 anymore."

Still, he stressed that driver safety is paramount in the sport: "I know the FIA is really looking into it, and will make a decision usually based on safety. Safety is the priority in F1. There has been no fatal accident for many, many years, and the FIA is doing a great job. And for us drivers--whatever they choose--it's going to be okay."

Also in Singapore, we were able to ask--personally, during a press conference--Fernando Alonso what he thought about the idea. The Ferrari driver had narrowly escaped a serious accident in this season’s Belgian GP when Romain Grosjean's Lotus went over his car and missed his head by inches.

"Anything that improves safety will always be welcome," Alonso responded with an unblinking stare--which was frankly rather daunting, so we resorted to training our eyes on his eyebrows. "I know that the FIA is trying a system and doing some tests, so if that system one day is ready for use, I think for the drivers, it would be very welcome because it's a safety improvement."

The Spaniard did tone down his piercing gaze, and finished answering with a smile: "But it's down to more clever people to test and find the solution," he said in closing, alluding to a comment he'd made earlier about how he prefers to focus on driving and leave these matters to the FIA.

Good point. That’s what he does best--driving--as you can see on this video that shows how he's able to make his way speedily around the Marina Bay Street Circuit on the Shell Professional Simulator Experience rig, even while talking to the media.

Around The Globe: Electric vehicles and bicycles for all
View other articles about:
Read the Story →
This article originally appeared on Topgear.com. Minor edits have been made by the TopGear.com.ph editors.
Share:
Retake this Poll
Quiz Results
Share:
Take this Quiz Again
TGP Rating:
/20