The Ferrari 288 GTO, restomodded the right way
by Craig Jamieson | Sep 10, 2022
CAR BRANDS IN THIS ARTICLE

This is the Maggiore GranTurismo. And while you might not know the name, you absolutely know the recipe: engine in the middle, drive to the rear, pop-up headlights up front. Drape in gorgeous bodywork. Garnish and serve. 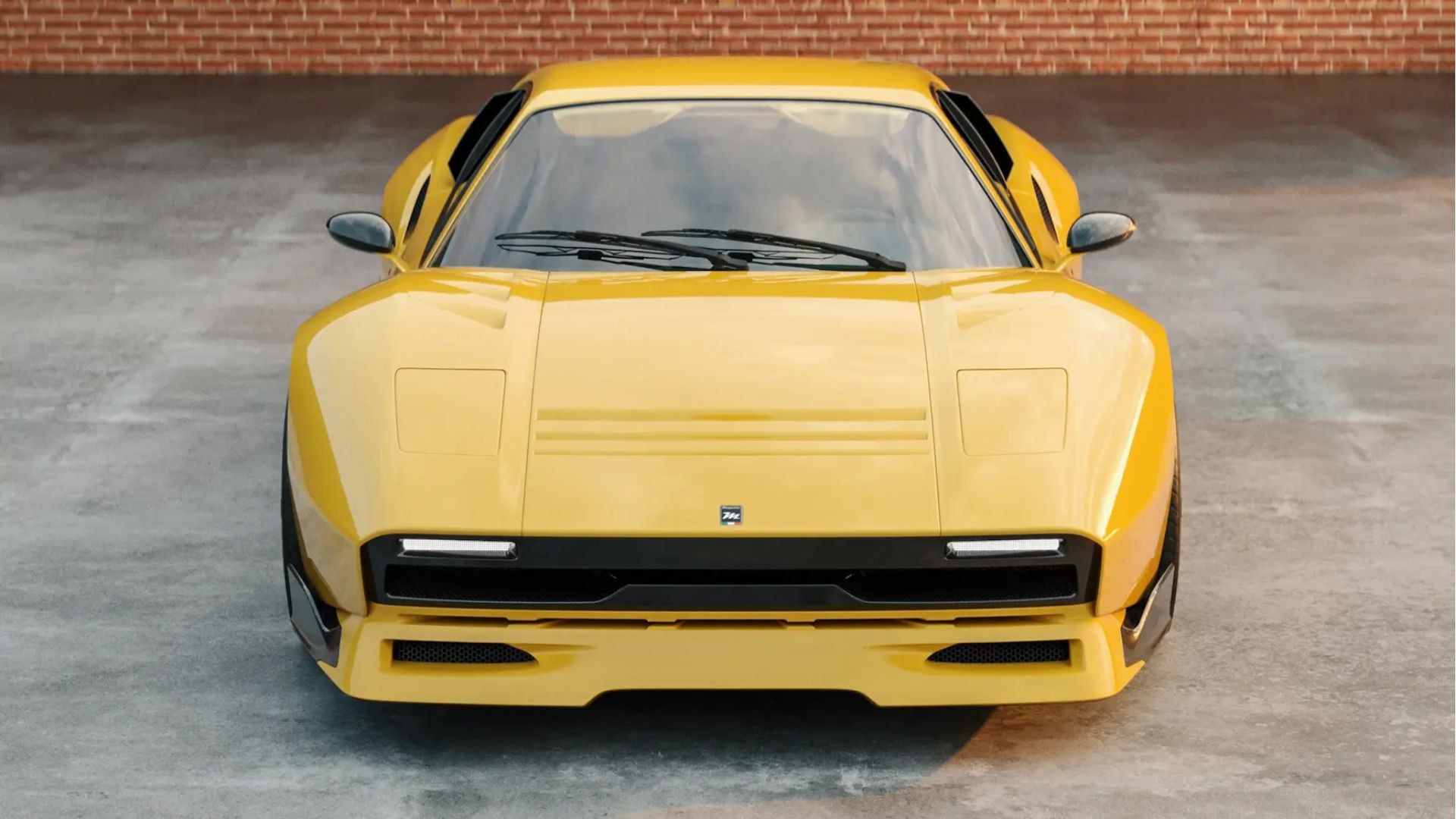 But, as you might have guessed, that hardly explains everything that’s going on here. What you’re looking at here started life as a genuine Ferrari 308 (or 208, or 328; they all used the same chassis), but what Automobili Maggiore has created from that base is a heartfelt homage to the Ferrari 288 GTO – and its creator, Nicola Materazzi.

By now, you’re probably wondering what went into turning an old 308 into a modern homage to Ferrari’s first foray in turbocharged road cars. Short answer? Quite a bit. 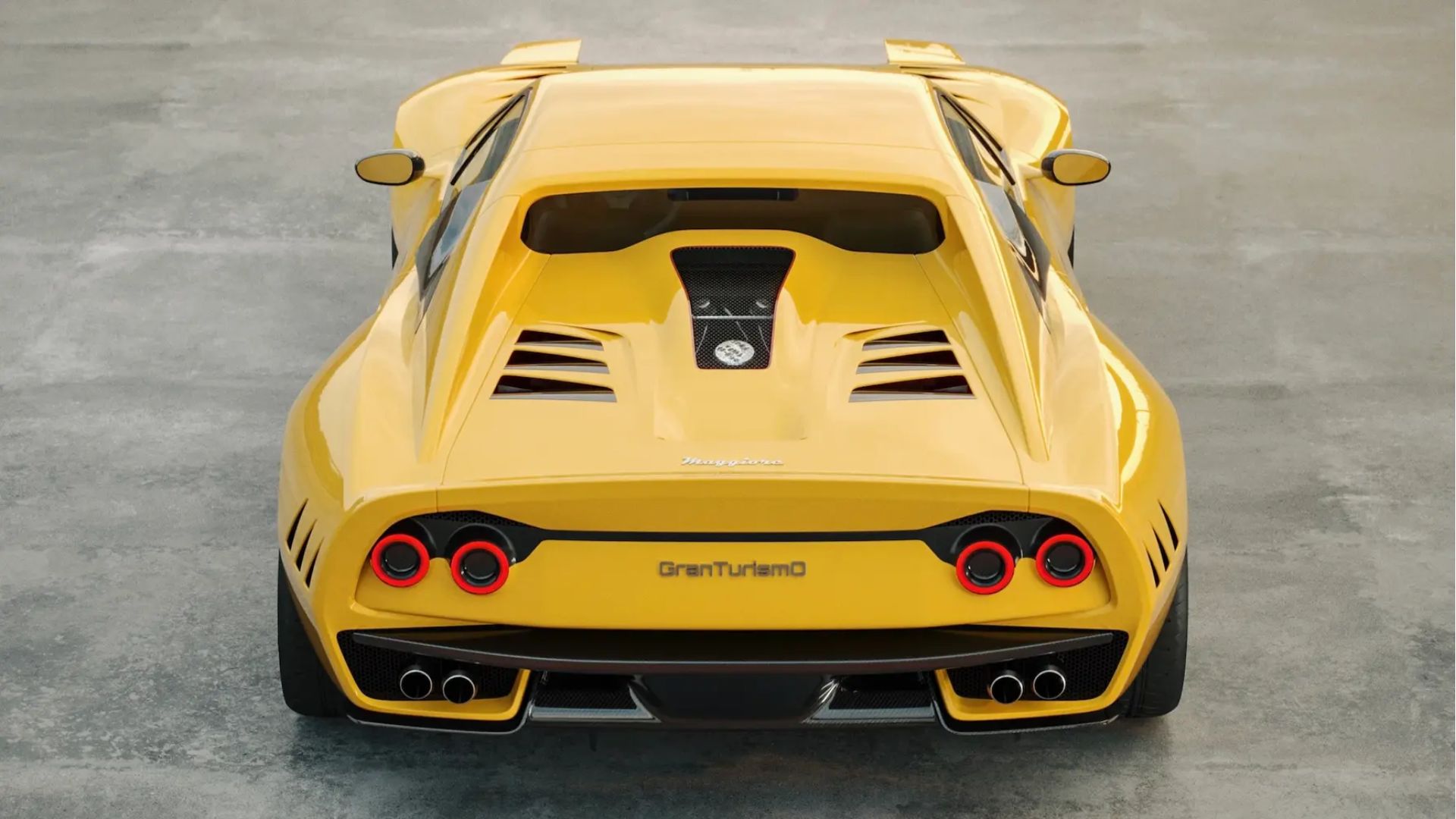 As you might expect, the 308 chassis is rather thoroughly restored and reinforced, ready to fit a new, aerospace-derived aluminium-alloy suspension setup and Brembo racing brakes. The new suspension widens the track – the original 308 is a slip of a thing compared to modern supercars – before a subframe with the original V8 is bolted to the rear. 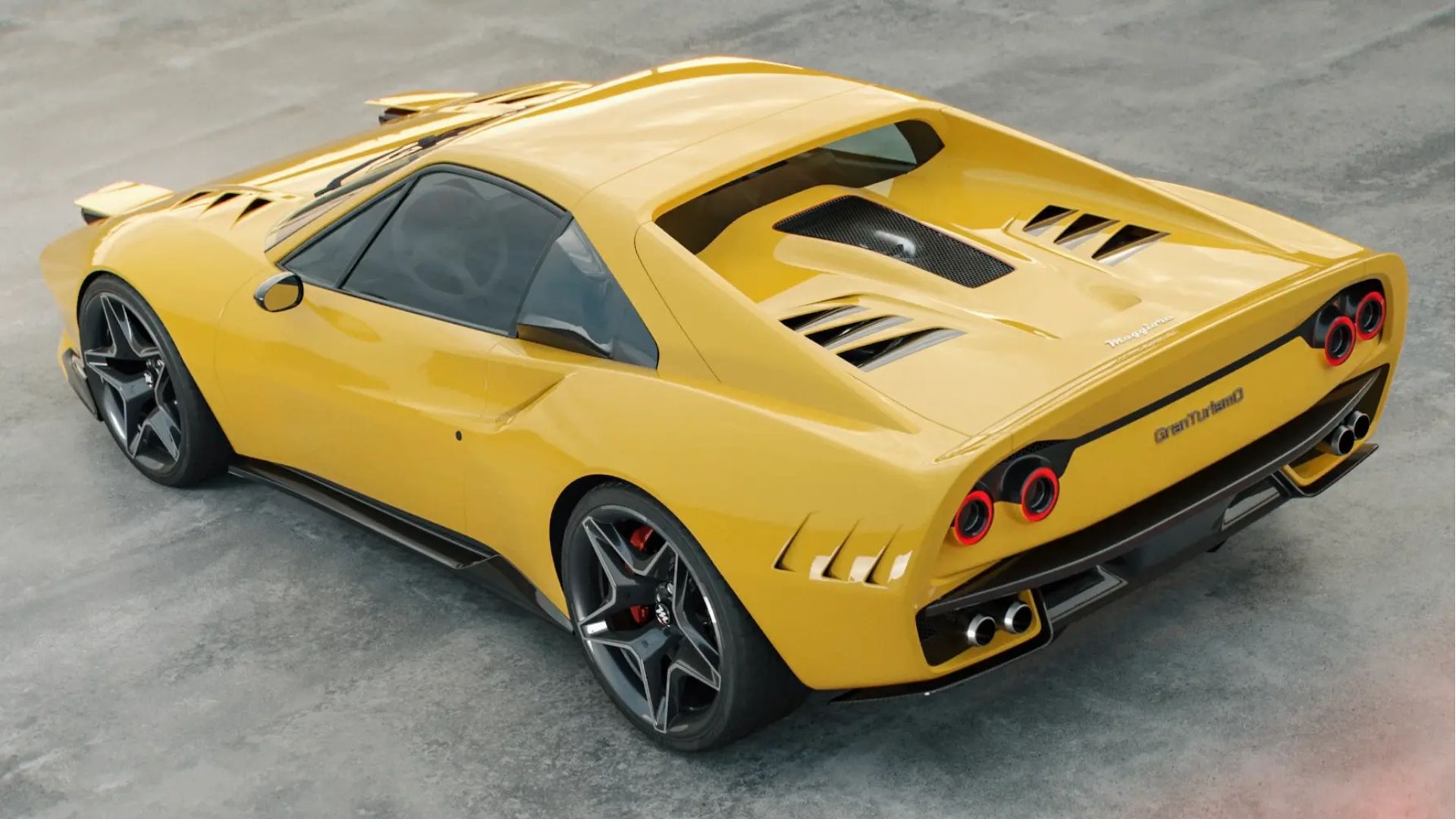 But that actually really fits, historically speaking – the 308’s V8 is probably Ferrari’s most-modified engine, honing and experimenting with it for decades. It started with Alfredo ‘Dino’ Ferrari’s V6 race engine, which found its way into Ferrari Dino road cars, the Fiat Dino and the Lancia Stratos. From there, it gained two cylinders and went into Ferrari’s wedge cars – the 308, 208 and Mondial – before gaining fuel injection and four valves per cylinder. Then Nicola Materazzi got involved, turbocharging the V8 and producing the 208 and 328 Turbo. Oh, and the 288 GTO. You might have heard of it. 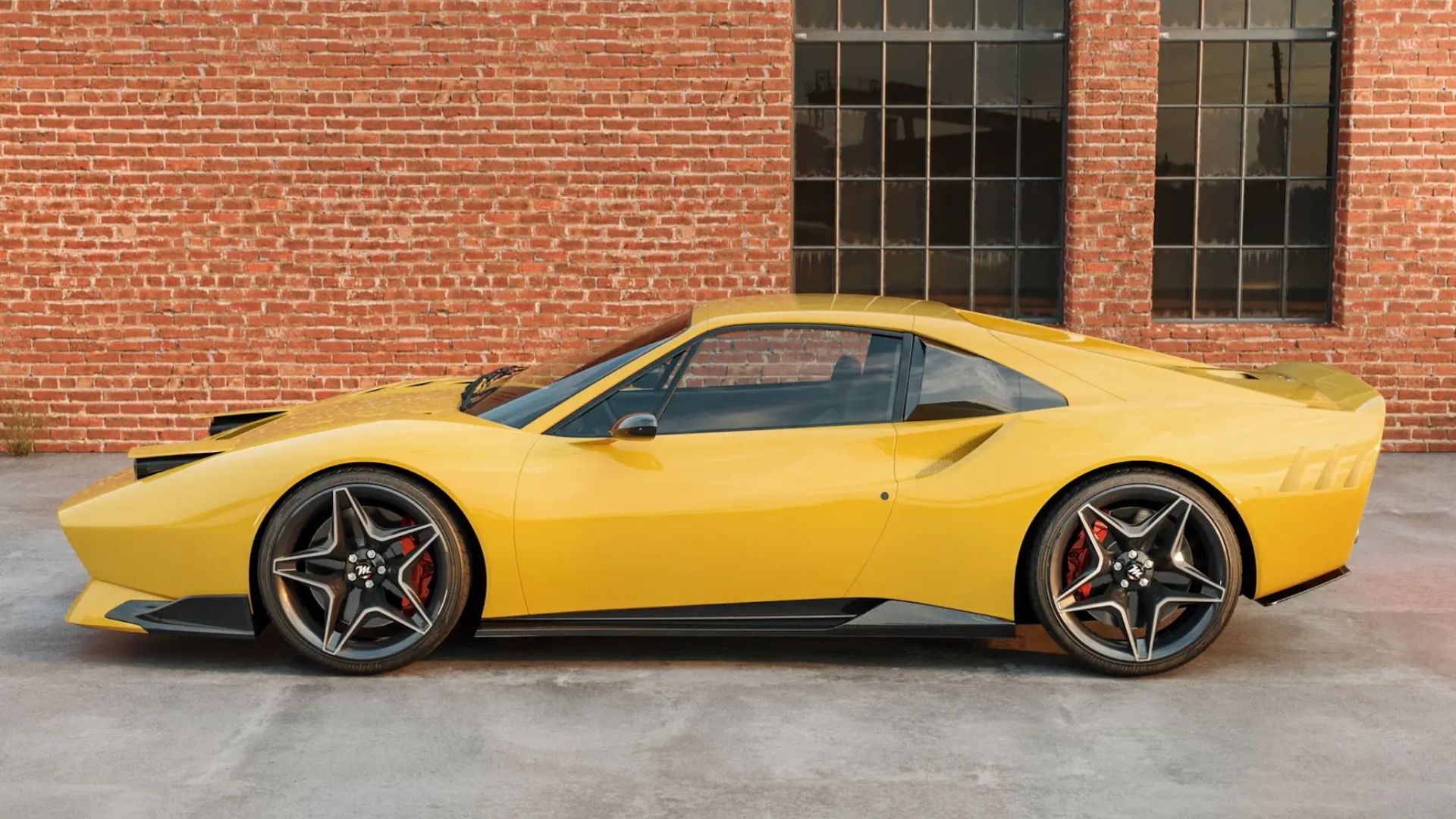 So having the same engine as that incredible chapter in Ferrari’s history feels important, while modifying and turbocharging it feels entirely in keeping with both Ferrari and Materazzi’s mindset. But just in case there was any confusion in the matter, it’s probably worth mentioning that Materazzi was actually the Maggiore GranTurismo’s project manager. So that probably settles it.

Unfortunately, the father of the 288 GTO and F40 died just days before his final project could make its debut at the Hampton Court Palace Concours. As Gianluca Maggiore, founder of Automobili Maggiore, put it: “The greatest regret was not having been able to share this moment with one of the people behind the project itself. This is therefore a real tribute to one of the most illustrious engineers and designers that the automotive world has ever had.” 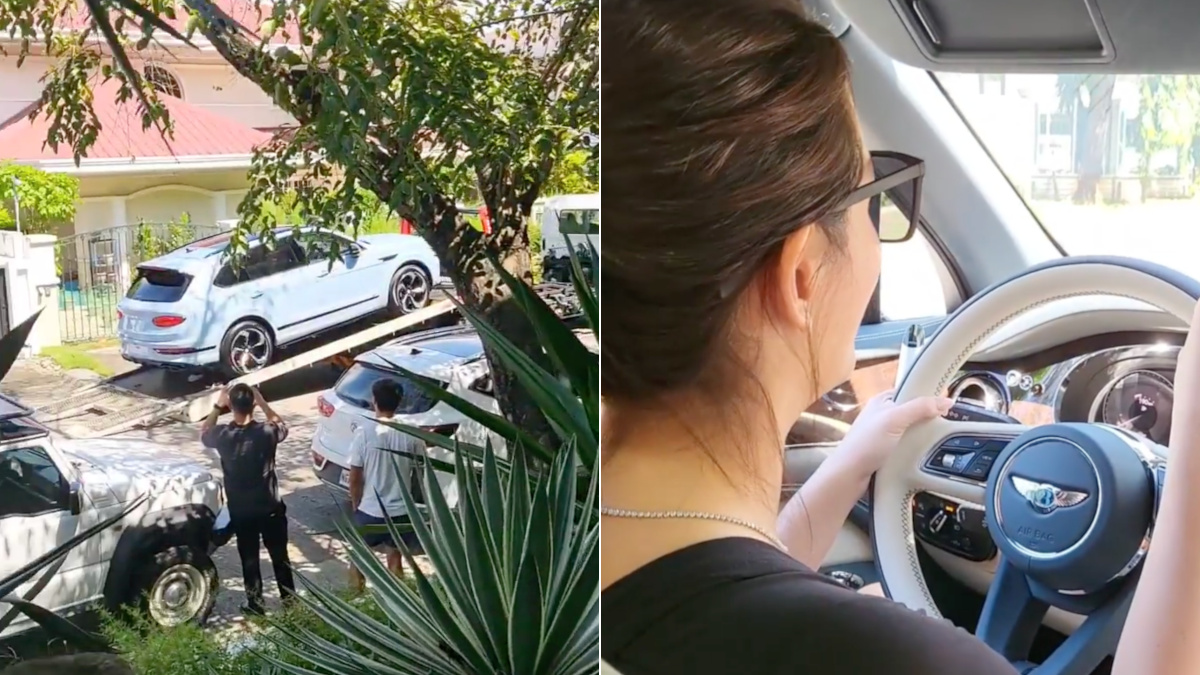 Can you guess what car Derek Ramsay gifted Ellen Adarna for their anniversary?
View other articles about:
Recommended Videos
Read the Story →
This article originally appeared on Topgear.com. Minor edits have been made by the TopGear.com.ph editors.
Share:
Retake this Poll
Quiz Results
Share:
Take this Quiz Again
TGP Rating:
/20