Rampant but well-groomed, angry but always in control, it flirts with perfection
by Rowan Horncastle | Dec 30, 2018
CAR BRANDS IN THIS ARTICLE

A supercar needs to bullseye a few targets before being considered for a TG Award. It has to be light. It must be powerful. It needs to traipse that tricky tightrope of pushing the boundaries of tech while also remaining aesthetically stimulating. But, most important, it must be fast.

Considering the Ferrari 488 Pista weighs 1,280kg dry (90kg less than a regular 488 GTB), squeezes 711hp from 3.9 liters and two turbos (over 100hp more than a 458 Speciale), is constructed from a shopping list of exoticism (Inconel, magnesium, and carbon), and laps Fiorano 8sec faster than the iconic F40, it’s safe to say that it lives in the upper percentile of those criteria.

But that is not enough. There’s also another element that has to be present to make a true, legendary supercar: hairiness. It’s a welcome and playful uncertainty in the driving dynamics that shouldn’t be confused with the unpredictable world of spikiness. And in the current landscape of homogeny and autonomy, it’s an attribute that should be celebrated more than ever.

With over 700hp being sent through the rear wheels and an obsession with fifth-gear drifts, there’s no doubt that the Pista is a hairy thing. But what makes the Pista a true award winner is how it manages its hairiness. Five years ago, the Pista’s stats would be a recipe for going home in an Armco sarong, yet Ferrari hasn’t just managed to make 700hp usable—it’s made it fun. Some people are still salty about the move to smaller turbo engines, but this twin-turbo V8 is the most athletic blown motor we’ve ever tested: lagless, rampant, and a haymaker of horsepower. But an impressive engine is nothing if it can’t be used effectively. Luckily, three alphabets’ worth of acronyms and a gazillion lines of code manage all that engine’s wallop while simultaneously juggling brake and diff applications to make you look and feel like a driving god.

Turn everything off, and things get a whole lot more serious. Yet the hairiness never becomes unkempt. The sublime balance and quick steering mean you need to be alert, but there’s no need to tape some emergency brave pills to the dash. See, the Pista is a natural-born performer, a four-wheeled peacock wearing white and blue war paint, constantly wanting to be under the spotlight while creating a plume of smoke out of its arches from disintegrated rubber. And even though it’s less carpeted, it’s no less usable than the daily-drivable 488.

Quite simply, the Ferrari 488 Pista is a magic machine. It’s also a new, metrosexual kind of hairy. An immaculately well-groomed hairy thing. Suitably Italian, you could say. 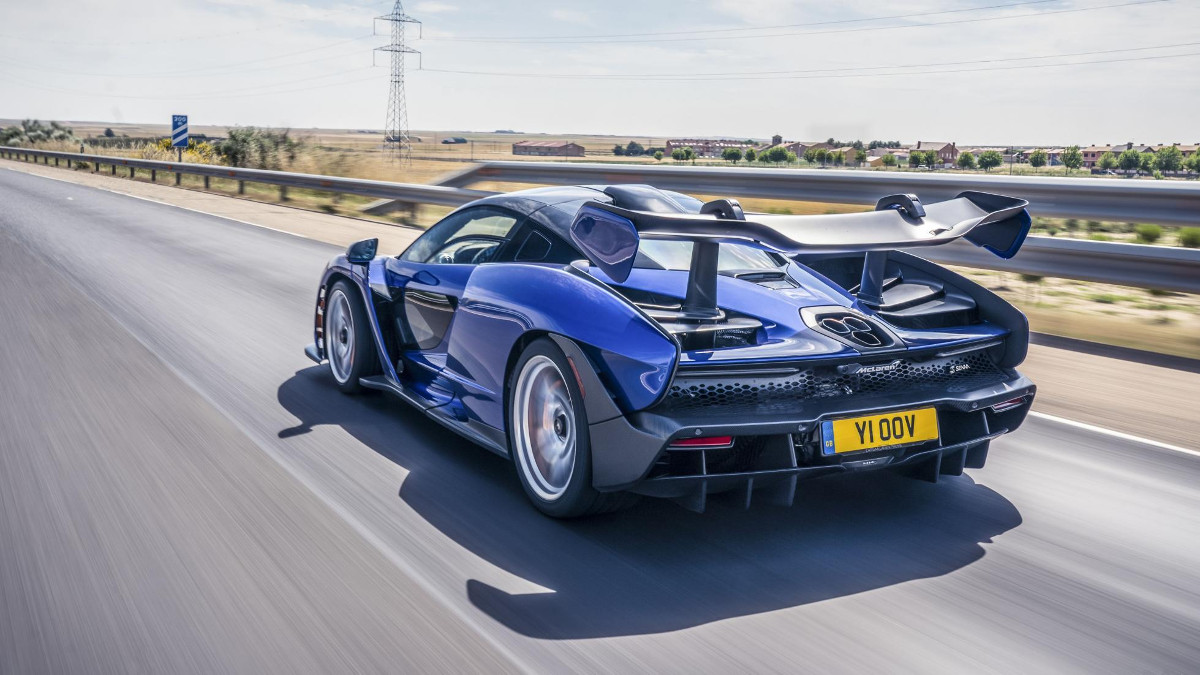 Top Gear UK’s 2018 Wing of the Year Award goes to the McLaren Senna
View other articles about:
Read the Story →
This article originally appeared on Topgear.com. Minor edits have been made by the TopGear.com.ph editors.
Share:
Retake this Poll
Quiz Results
Share:
Take this Quiz Again
TGP Rating:
/20