Will this princess rain on the Vios’s parade?
by Niky Tamayo | Feb 14, 2019
CAR BRANDS IN THIS ARTICLE 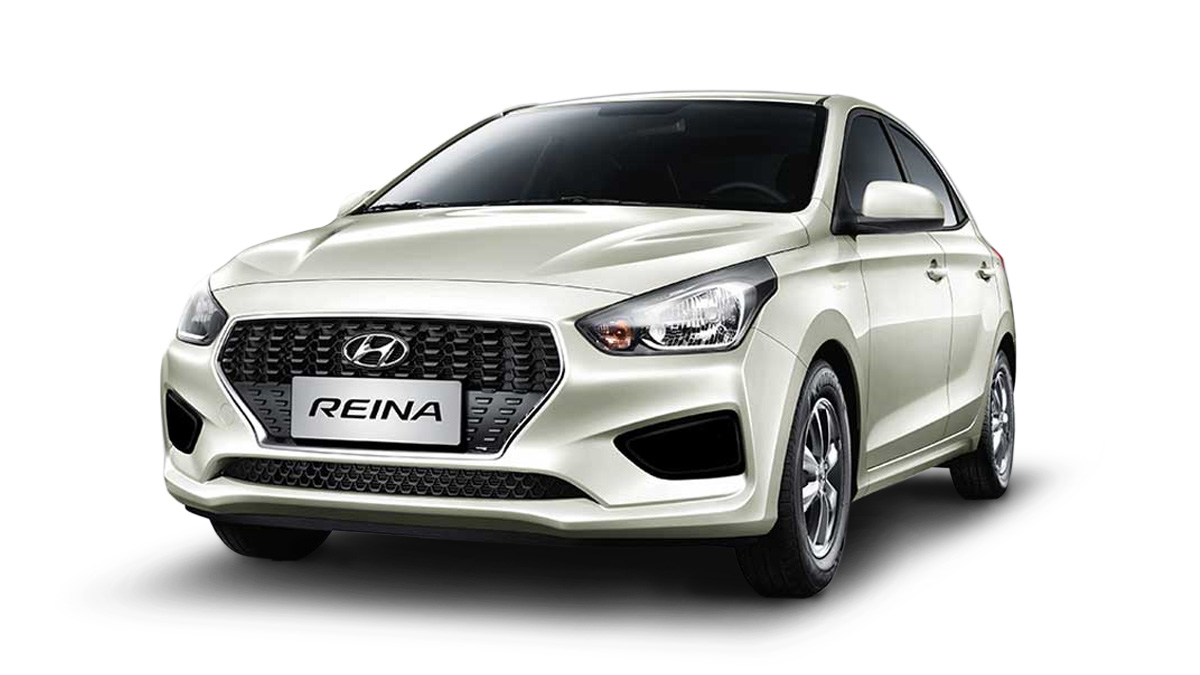 Since its launch last month, the Hyundai Reina has generated a tremendous amount of buzz. Such was the response to the P598,000 launch price that dealers snapped up 600 units of stock in just two days, while service fleets are already inquiring for large orders. According to sources, the Reina’s calculated ‘boundary’ for taxi service undercuts its closest rival by over P300 a day. A huge advantage in a highly competitive market.

But is such confidence deserved? Is Hyundai’s queen ready to dethrone the King of Sedans a year after it reclaimed its sales crown? Local distributor Hyundai Asia Resources treated us to a preview drive up to the Pililia Wind Farm, on the famous Tanayburgring, to find out. 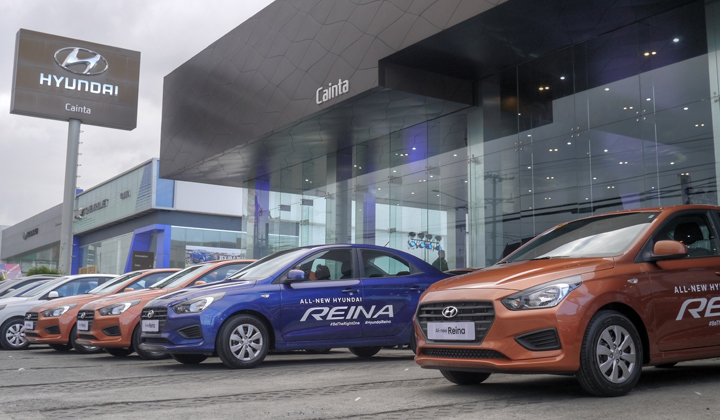 In the early morning light at Hyundai Cainta, the shiny new Reina looks rather small. But at 4,375mm, it’s only 5mm shorter than the Hyundai Accent. See, the Reina is built on the same “PB” platform as the previous Accent. The neat trick here is that despite using the same Fluidic Sculpture 2.0 design language as its swoopy stablemate, it still retains its individuality. Smaller head- and tail-lights, radiused curves and a squared-off roof give it a more bulldog stance. It’s endearing. Despite the lack of brightwork, it doesn’t look bargain basement. Only the 14-inch steel wheels with their plastic hubcaps give the game away here. 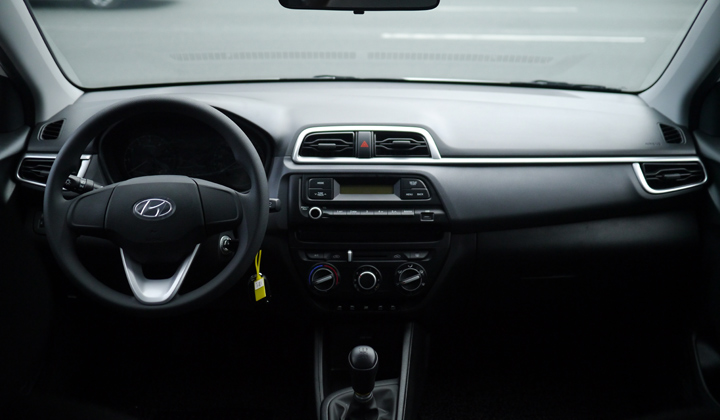 On the inside, the only familiar bits are the seats, which seem and feel identical to the ones in the old car. The front buckets are comfortable and supportive but lack height adjustment. The rear bench is but has decent thigh support. There’s no pass-through to the trunk, but the 475-liter cargo capacity is 10 liters up on the older car, and bang on Toyota Vios territory. The 2,570mm wheelbase inherited from the old Accent trumps the Toyota by 20mm. This gives you just enough legroom in the back to cross your legs if you so choose. 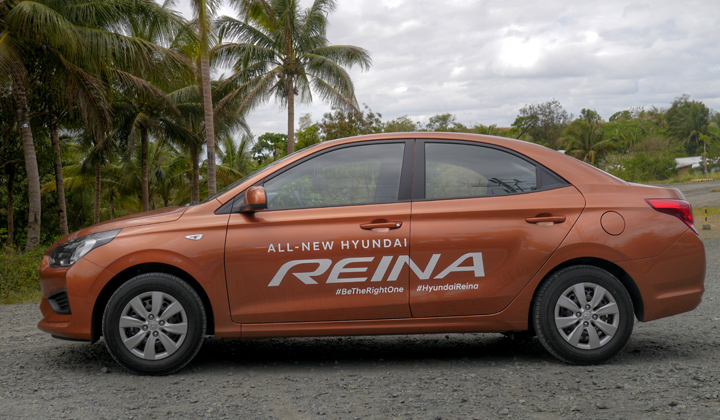 There’s a lot of hard plastic, but nothing sharp-edged or shiny. While cupholders and open bins are generous, the window switches underneath the AC severely limit cellphone storage by the 12V outlet. The trade-off is a little more elbow room by the door handles and further cost savings, as both left-hand and right-hand-drive models can use the same door cards. More cost savings can be seen in the 1DIN AM/FM/USB radio and four-speaker sound system. While dealers will happily upsell you an AVT touchscreen, no mounting points for a tweeter upgrade. You’ll have to wire external ones in somehow. 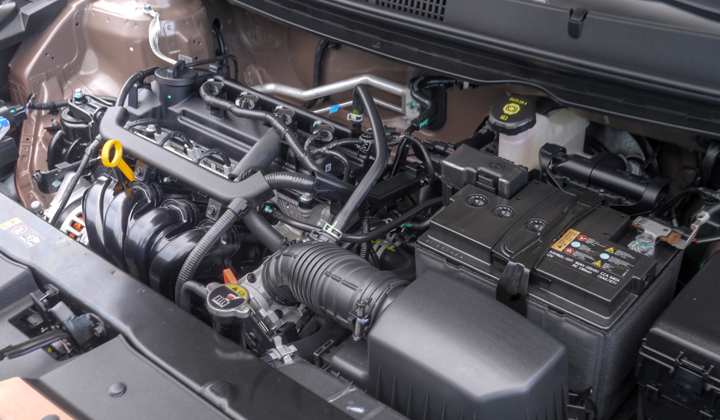 Pop the hood and the engine bay layout and fittings are basically identical to the old gasoline Accent. Which should make for easy maintenance and parts purchases for fleets already running the older car. The carried-over dual-cam variable-valve 1.4-liter engine makes 94hp (95ps) and 132Nm of torque. Yes, lower than in the Accent, but this variant should run more comfortably on lower octane fuel. Transmission choices are either four-speed automatic or five-speed manual. It’s the former that I’m given the keys to, as we set off for Pililla through Tuesday morning traffic.

Coming on the tail-end of nine years of PB chassis development, the Reina feels better sorted than any PB-based Accent I’ve driven. Quiet, refined, with little noise save when the tires hit a particularly troublesome patch of concrete or gravel. The suspension firmness reminds me of the facelifted 2014 sedan, but with more wheel control. little body roll and only the barest amount of tire squeal from the 175/70R14 Maxxis Bravo HP-M3 tires as we pick up the pace through the twistier sections of Tanay to catch up to the convoy leaders after being separated by traffic. Granted, I’m not pushing very hard, but the steady and direct hydraulic steering gives me the confidence to ride the inside on tight turns. Brakes are firm and progressive. I’d like a little more bite, but with barely forty kilometers on the odometer, the brake pads are understandably green.

Or they were when we started out two dozen kilometers ago. The front of the convoy has finally slowed up a bit. There’s a light drizzle coming down, but I’m feeling quite relaxed. The Reina is just so polished compared to the skinny-tired, vague handling you can get at this price range that I’m cruising on autopilot. The worst criticism I can level against it is that the gear spacing on the four-speed auto seems a bit long. 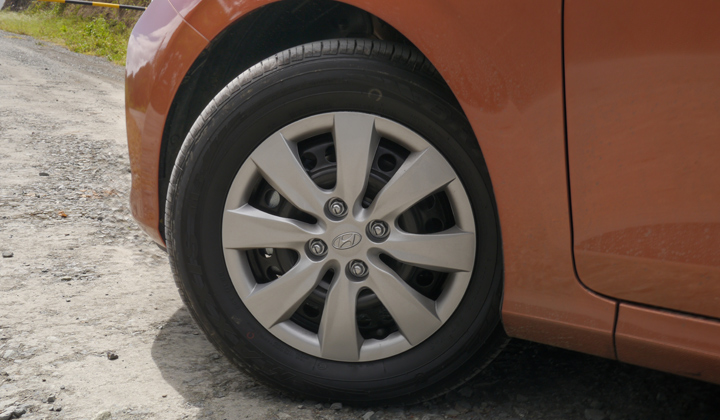 Pop out of first at a screaming 60kph and the engine bogs as it engages second gear well below the 4,000rpm torque peak. It takes a second or two to get back into the power zone. I fiddle with the shift selector a bit before finally leaving it in “2”. The higher gears are just too long for mountain climbing. On the bright side, an extra long 4th gear supposedly allows great highway economy. The 5-speed manual, on the other hand, has more realistic gear spacing. As with the old 1.4 Accent, however, the clutch biting point is a bit vague. You’ll invariably stall it the first time you drive it. Sadly, I don’t have much time to play around with it, because we’ve finally arrived at our destination.

The Pililla Wind Farm is a sprawling estate with 27 active wind generators— windmills—dotting its hilly terrain. With a 54 megawatt capacity, it stands ready to provide clean energy to the surrounding countryside. Feels like this site was chosen to cater to the green advocacies of HARI CEO Fe Perez-Agudo. Do recall that Hyundai’s recently opened Logistics center is a paragon of green architecture, as well.

But how green is Hyundai’s baby queen? Official word is 20km/L. But unofficially, both variants are capable of much more. On the climb here, we saw around 10 km/L on the digital trip meter. Which is pretty good, considering how hard we were driving. But the final word on will have to wait until next time.

We’ve reached the end of our journey, and we turn the keys over to eager customers and Hyundai club members just itching to try out the new car. We chat a bit both before and after their drive, and they are likewise impressed. It’s hard not to be. Compared to taxi specials of years past, the Reina comes with dual airbags, ABS, five-point belts for all passengers, including the half-passenger in the middle of the rear bench, speed-sensitive locks, power windows, and most importantly, a five-year unlimited mileage warranty. Which should come in handy for the target market. 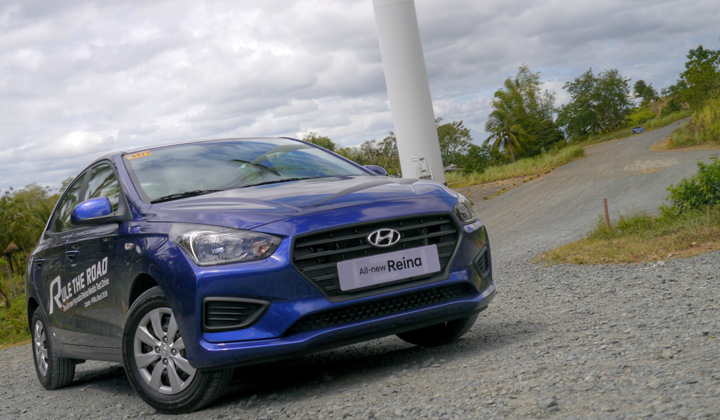 As the sun sets on our quick little drive, I do market projections in my head. I doubt the Reina will overthrow the King. It’s not as simple as Check and Mate. But there’s little doubt that everyone will be watching as HARI ramps up deliveries to its dealer network. Yes, Hyundai has just turned a pawn into a Queen. And that changes everything. 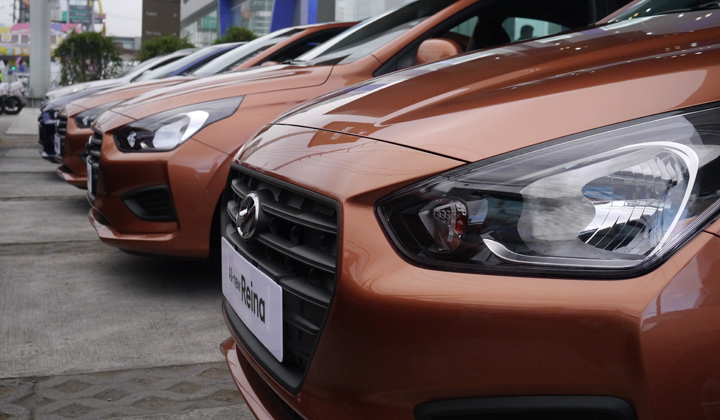 Looking to buy a new car? Visit our Get a Quote page. 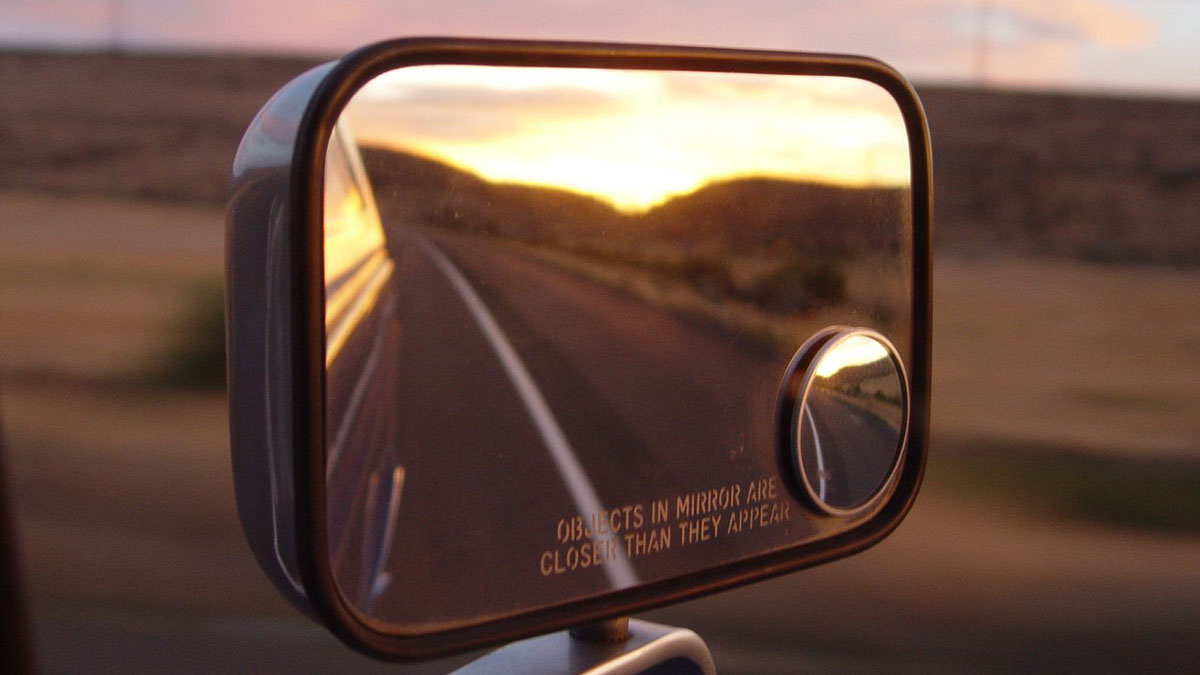 To the car that taught me how to let go
View other articles about:
Read the Story →
This article originally appeared on Topgear.com. Minor edits have been made by the TopGear.com.ph editors.
Share:
Retake this Poll
Quiz Results
Share:
Take this Quiz Again
TGP Rating:
/20