Young stars and their cars

Check out what the artistas ride and drive
by Merla Teresa Fernandez for Pep.ph | Jan 31, 2018

They're young, they're beautiful, and they work hard. So what do they do with their paychecks? Check out the list below.

According to YES! magazine's October 2017 issue, he bought his Jac Sunray luxury van in January 2017 with his talent fee from Encantadia. The Kapuso actor refers to it as his 'baby' and sometimes his 'beast.'

The Kapuso star bought her Toyota Fortuner in November 2016. She consideres it a major investment because when she was just starting, she and her mom often commuted to and from their home in Laguna to get anywhere.

During the opening of her hand and foot spa business, she mentioned owning three cars, one of them a Starex van with custom interiors.

She has been seen in a Jeep Wrangler. But in November 2017 she announced on social media that she wanted to sell it.

In June 2016, the La Luna Sangre star was spotted driving a brand-new Chevrolet Corvette which, according to reports, was worth P9 million.

In December 2017, a netizen spotted him getting down from the driver's seat of a black Corvette Stingray.

Daniel, who is into cars, also owns a Dodge Challenger and a Mercedes-Benz.

This Hyundai Starex Limousine belongs to the Eat Bulaga! star. Maine bought it in June 2016.

The La Luna Sangre star learned how to drive with her Lexus. It appears to be an IS350, and this model starts at P2.738 million.

She also owns a customized van.

In 2017, the Kapuso hunk's Christmas gift for himself was a Ford Ranger Wildtrak pickup.

His younger sister Sanya is happy for him.

In January 2017, Jeep's social media accounts posted a photo of the actress beside her topless Wrangler.

This story originally appeared on Pep.ph. Minor edits have been made. 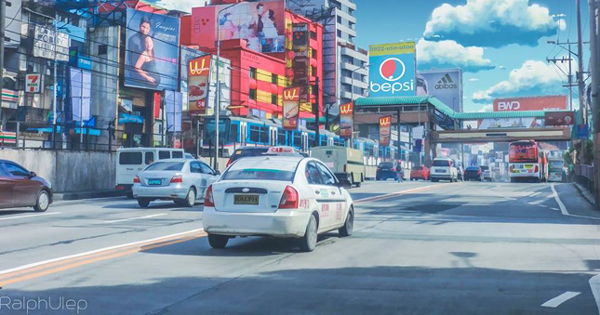 Young artist turns EDSA into a scene from 'Your Name'
View other articles about:
Read the Story →
This article originally appeared on Topgear.com. Minor edits have been made by the TopGear.com.ph editors.
Share:
Retake this Poll
Quiz Results
Share:
Take this Quiz Again
TGP Rating:
/20