How compact is the new Ford Maverick?

Here it is next to the Ranger, other Ford SUVs, and the Hyundai Santa Cruz
by Andrew Guerrero | Jun 11, 2021
CAR MODELS IN THIS ARTICLE

Ford has unveiled its brand-new Maverick compact pickup. This trucklette will slot below the Ranger, which has grown into a midsize pickup in the 2010s. Below, we take a closer look at the Maverick’s dimensions and see how it stacks up against its big brother and its segment rival, the Hyundai Santa Cruz. 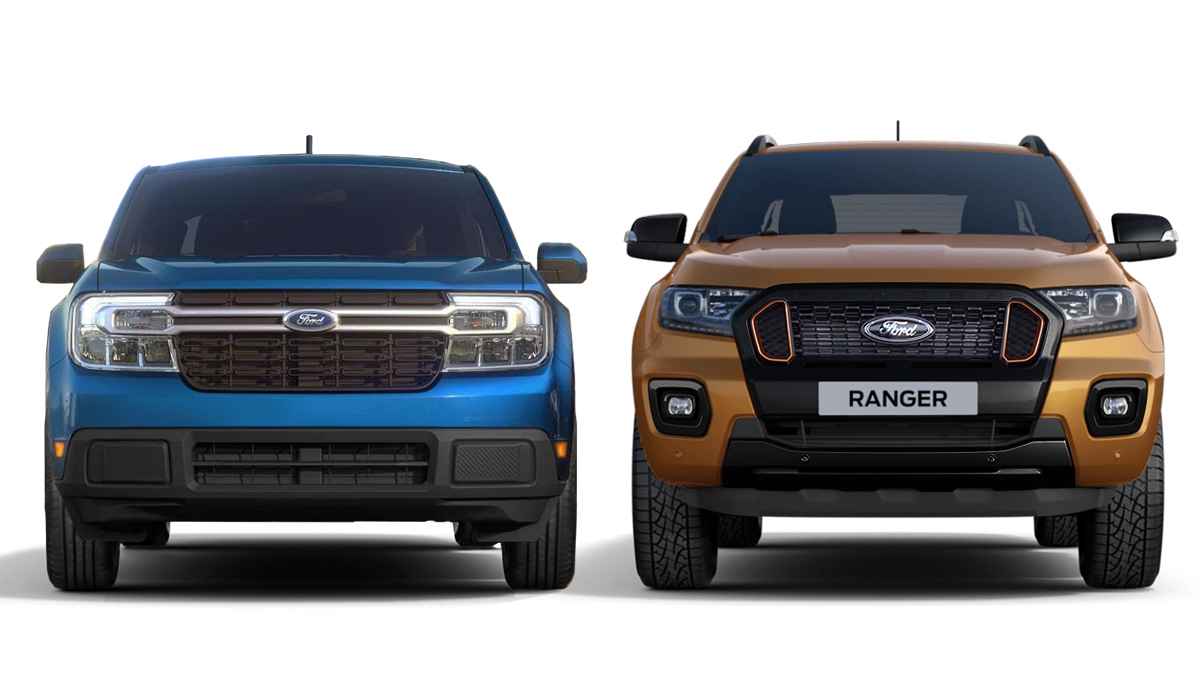 With an overall length of 5,072mm, the Maverick is a whopping 282mm shorter than a Ranger. At 1,844mm wide, Ford’s trucklette is only 16mm narrower than its midsize stablemate, despite being a size class smaller. It stands at 1,737mm—that’s 84mm lower than a Ranger (111mm less than a Ranger with roof rails)—and has a ground clearance of 211mm, which is 21mm lower compared with the Ranger’s.

The Maverick’s cargo bed is 1,382mm long at floor level; this is 167mm shorter than the bed of the Ranger. Ford thinks this smaller bed size is enough for its target demographic. If one needs extra cargo space, Ford offers an optional tubular bed extender, which fits above the open tailgate. 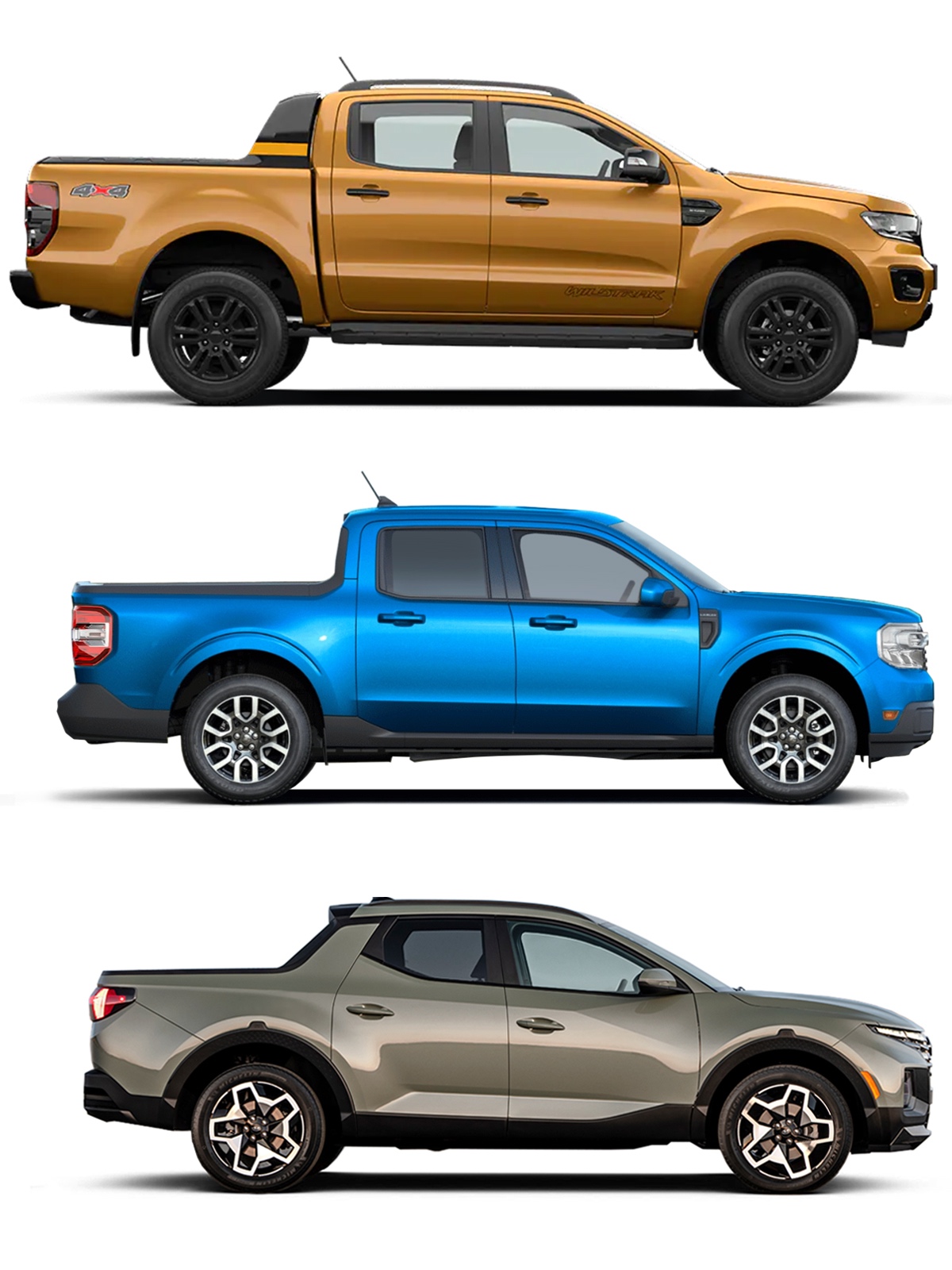 Even though the Maverick and the Santa Cruz belong in the compact-pickup segment, the Ford is noticeably longer. It’s is 101mm longer than the Hyundai, but its overall width is 61mm narrower. The American contender is also 43mm taller than its Korean rival, while its cargo bed is 59mm longer.

Ford’s approach in designing a modern compact pickup is a bit different from Hyundai’s. Although both these trucks feature a front-wheel-drive-based unibody construction, the American carmaker makes it clear that the Maverick is part of the same ‘Built Ford Tough’ range of pickup, and this is evident in the boxy F-series inspired styling and the longer cargo bed.

Hyundai, on the other hand, has given the Santa Cruz a more crossover-SUV vibe. Its styling is sleeker and curvier, and its cargo bed appears shorter and less pronounced. The difference also extends to what each carmaker calls its compact pickup: Ford refers to the Maverick as a ‘truck,’ while Hyundai uses the term ‘sport adventure vehicle’ for the Santa Cruz. 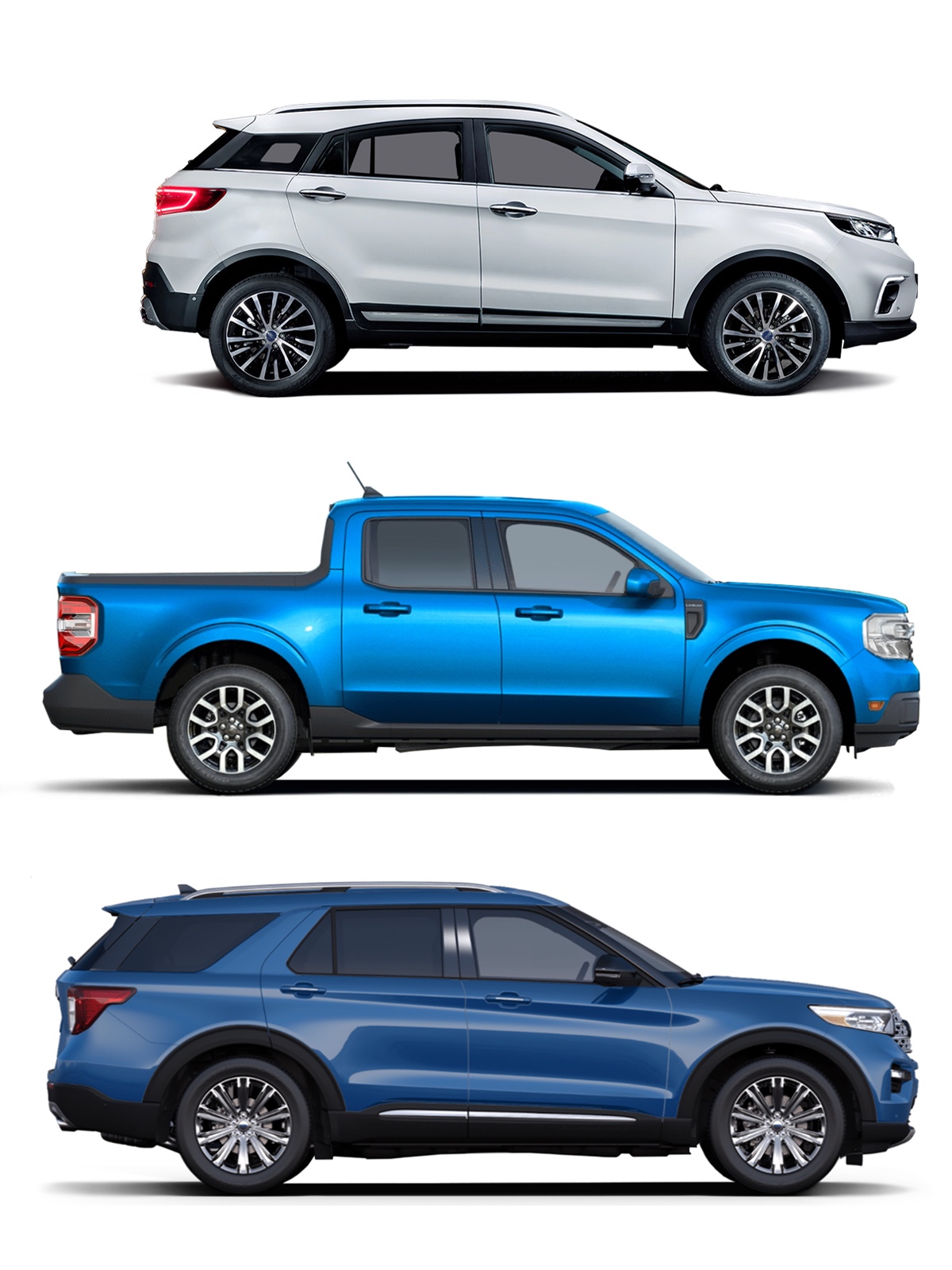 To further help you visualize the size of the Maverick, we’ve thrown in two Ford SUVs for comparison: the 492mm shorter Territory compact crossover, and the 23mm shorter all-new Explorer three-row SUV. As you can see above, it’s compact by modern pickup standards, but it’s still quite long when compared with your average SUV.

While the Maverick may look more truckish than the Santa Cruz, it’s worth noting that the standard engine in the compact Ford pickup is a gasoline-electric hybrid. Ford says this powertrain can achieve up to 17km/L—a figure better than what most compact sedans can manage. It’s a fuel-efficient trucklette.

Which compact pickup would you choose? Are you Team Maverick or Team Santa Cruz? We compare what we know of both models here. And in case you missed it, we also did a size comparo of the Santa Cruz versus a midsize pickup, a compact crossover, and a seven-seater SUV. 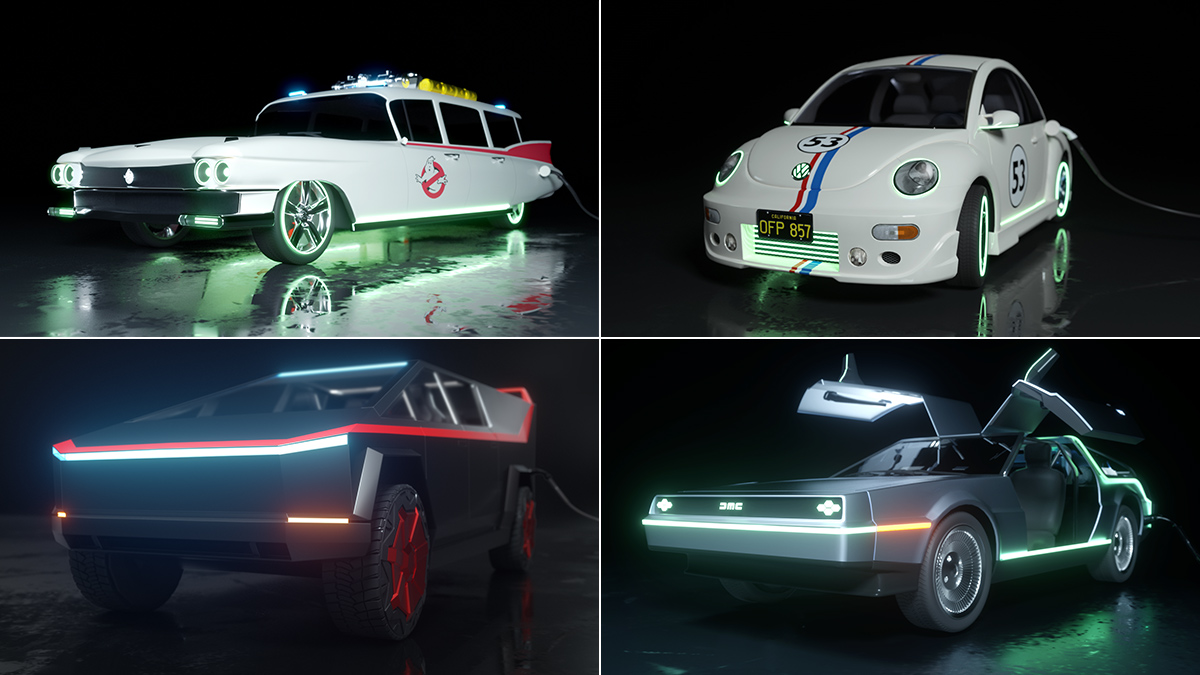 What would classic movie cars look like if they were EVs?
View other articles about:
Recommended Videos
Read the Story →
This article originally appeared on Topgear.com. Minor edits have been made by the TopGear.com.ph editors.
Share:
Retake this Poll
Quiz Results
Share:
Take this Quiz Again
TGP Rating:
/20