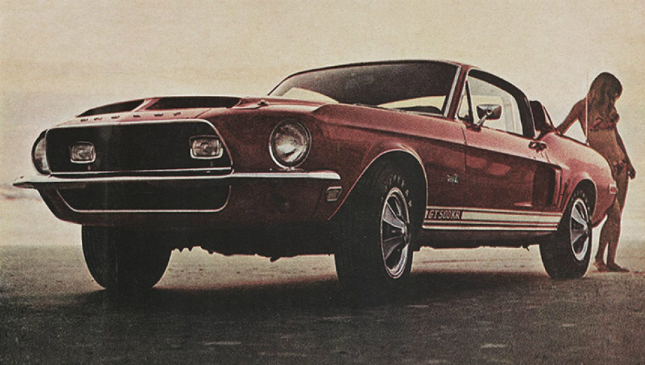 When the reasonably priced, four-seat pony car debuted in New York in 1964, it instantly, dramatically shifted the American car market about its axis. The Ford Mustang racked up 22,000 sales on its first day, effectively birthing the muscle car genre and kicking off a generation of tire-smoking street wars.

Since then, we've seen a further five generations and ten body shapes of Mustang: some good, some great, some bloody awful. Here's your bluffers guide to the lot. 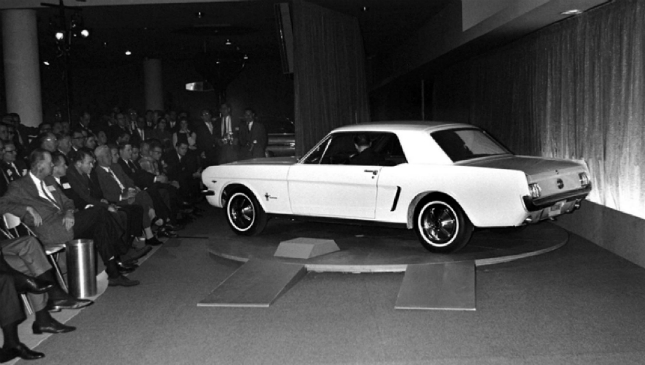 The one that started it all. Launched April 17, 1964 in New York, it sold over a million units in its first 18 months, securing the Mustang's place in history. Carroll Shelby raced the '65 model as the GT350. 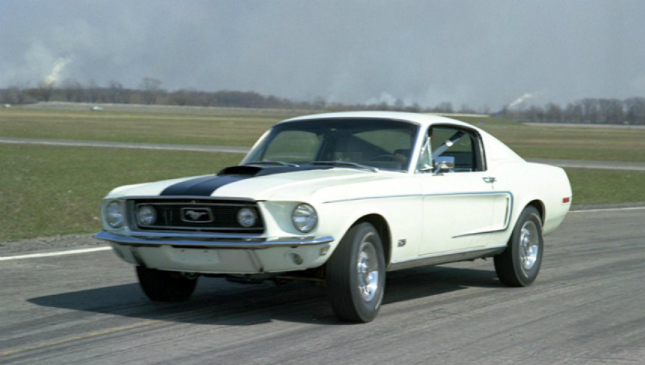 Wider, longer and with bigger engines, this is the Bullitt-era Mustang that cemented the Mustang as the bad boy car of the Sixties. But it faced some serious competition: the Camaro had just appeared, along with the Barracuda and Firebird. 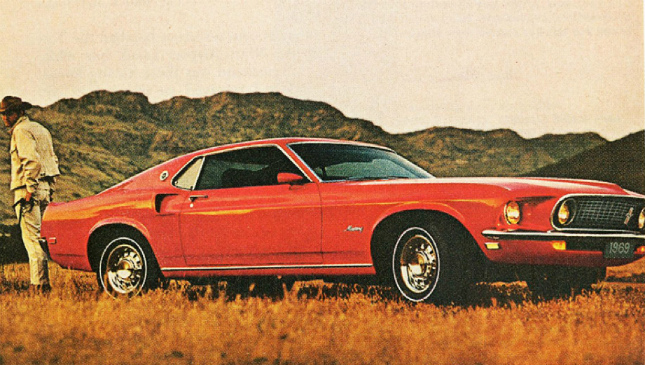 In true US fashion, the absolutely-not-a-new-gen car grew in size and weight, even though it was still on roughly the same Falcon-based chassis as the 1964 Mustang. For the first time, you could have a 'Mach 1' edition of the pony car. 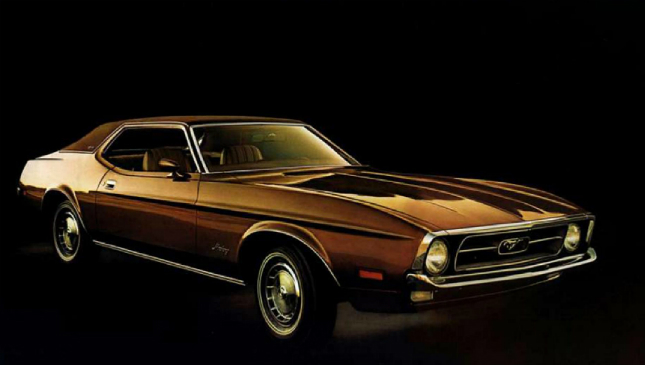 Even more lard was added for this revision which, combined with the new emissions standards and the backlash from the 1973 Oil Crisis strangling the engine down to just 88hp in the six-cylinder version, wasn't really the Mustang's finest hour. But you'd better believe there was worse to come. 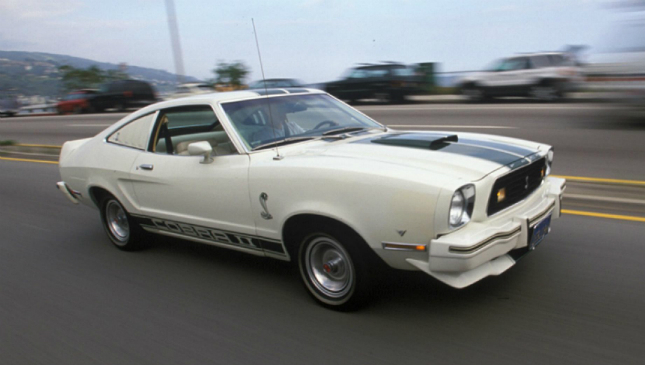 Switching to the smaller Pinto chassis, this was known as the Mustang II. You remember the Pinto, right? It remains pretty much the punchline to every car joke that doesn't involve a Lada. It was also the car owned by one Stephen King, and was such an unremitting pile of useless bolts that it earned itself a starring role as the broken-down POS in Cujo that leaves a young woman and her small child at the mercy of a rabid Saint Bernard. Basically, everything that was bad about the Seventies in one car. And the Mustang II was no better.

Peerless ugliness, woeful build quality, awful handling. This was what you could expect from a Mustang II. And, unless we all give in to historical revisionism, it'll never be a classic. But if a Ford Anglia can be mentioned in the same sentence as 'classic,' really, anything is possible. 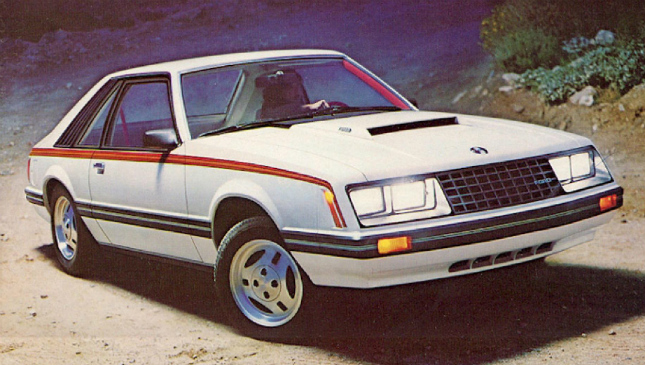 Fox body baby! If you don't know what that means, please kindly shred any hopes of American citizenship now. You're out of the club.

So, what do we mean by Fox-bodied cars? Well, it actually refers to the platform they're built on. If we wanted to be at all accurate, it'd be the Fox-platform cars, or Mustang-bodied Foxes. And before this farmyard menagerie gets any more like The Island of Dr Moreau, let's move on.

The Fox bodies have been maligned for years–not to the extent of the insipid Mustang II, of course–but they're quickly finding favor among fans of cheap, easy horsepower. And that's really what the Mustang's always been about. So, they're on to something there. 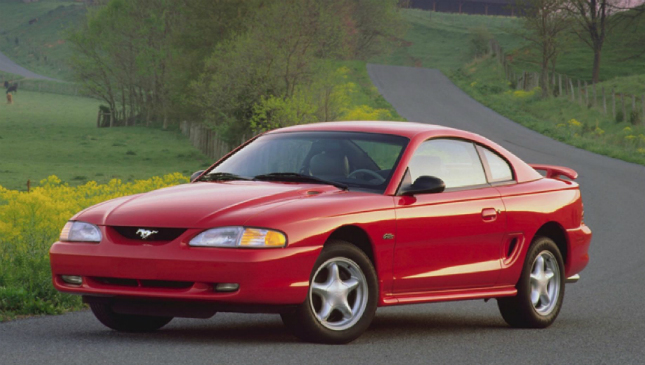 Still based on a Fox platform, if an updated one. But here's where the styling and performance really start to return to the tire-vaporizing, easy muscle feeling that's the Mustang's true mien. With a beefed up chassis and Ford's SVT tuning division getting heavily involved, the Cobra became the 'Stang to have. Or that one-off supercharged 6.8-liter V10 version that Ford Australia built, of course. Oh, those characters from the Upside-Down. Gotta love 'em. 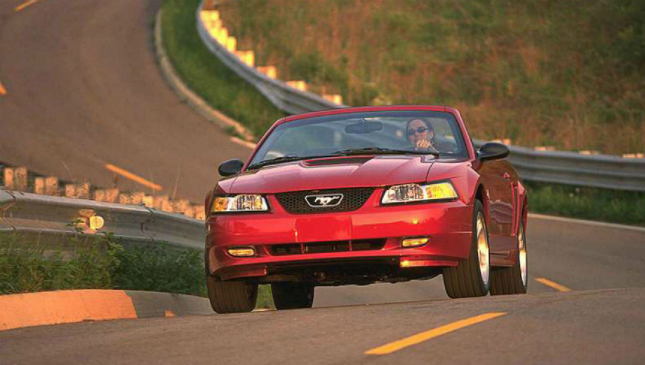 Even though its shape, chassis and interior remained the same, the exterior was made over in Ford's 'New Edge styling language'. A Bullitt version was added to the range in 2001–to be honest, we think the new version nails it much more than the old–and the 2003 Cobra got a 390hp supercharged 4.6-liter V8 engine, making the fastest production 'Stang ever. At the time, of course. 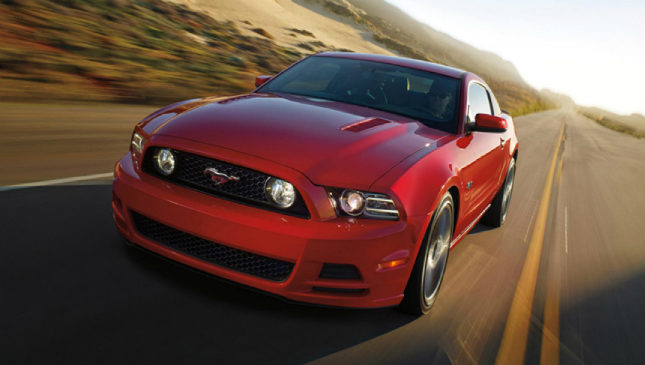 Thankfully, this fifth generation delivered the original proportions and design of the first Mustangs, and a much more modern platform, shared with the Thunderbird and Lincoln LS. Handling and performance were transformed. The loony tunes 325kph, 662hp Shelby GT500 was a suitably smoky sign-off. 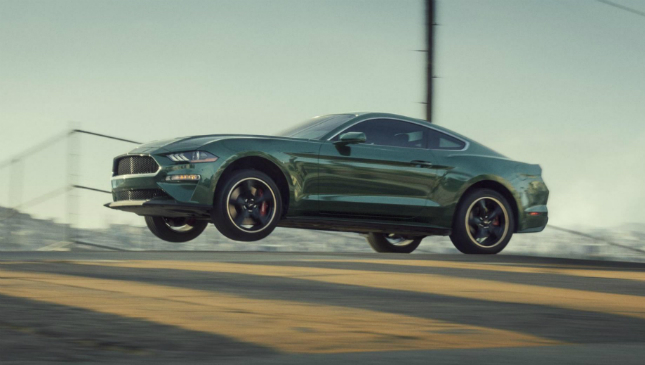 And here's where the Mustang really joined the 21st Century. Independent rear suspension only took 51 years to make its way to the Ford Mustang. Possibly it hitched a ride on a tectonic

Also Read
plate undergoing continental drift, but we digress. This is about as perfect a confluence of Mustang old and new as it's possible to get, short of a restomod. But let's not get started on that–Tom Ford materializes out of thin air if you mention restomods too many times. Kind of like Beetlejuice, without Geena Davis. And we've found a way to digress again.
Continue reading below ↓

Now, in right-hand drive and with something approaching modern components, but finessing the retro-modern styling first introduced by the fifth-gen 'Stang, the Six is where it's at. Especially if you get one in Highland Green, with a cue-ball shifter hooked to a six-speed manual. All of the yes, basically.

And, after a bit over five decades in production and six (well, kind of ten, but who's counting?) generations, Ford sold its ten-millionth Mustang. That's about a 10-to-1 drubbing of the other classic long-lived sports car, the Porsche 911. 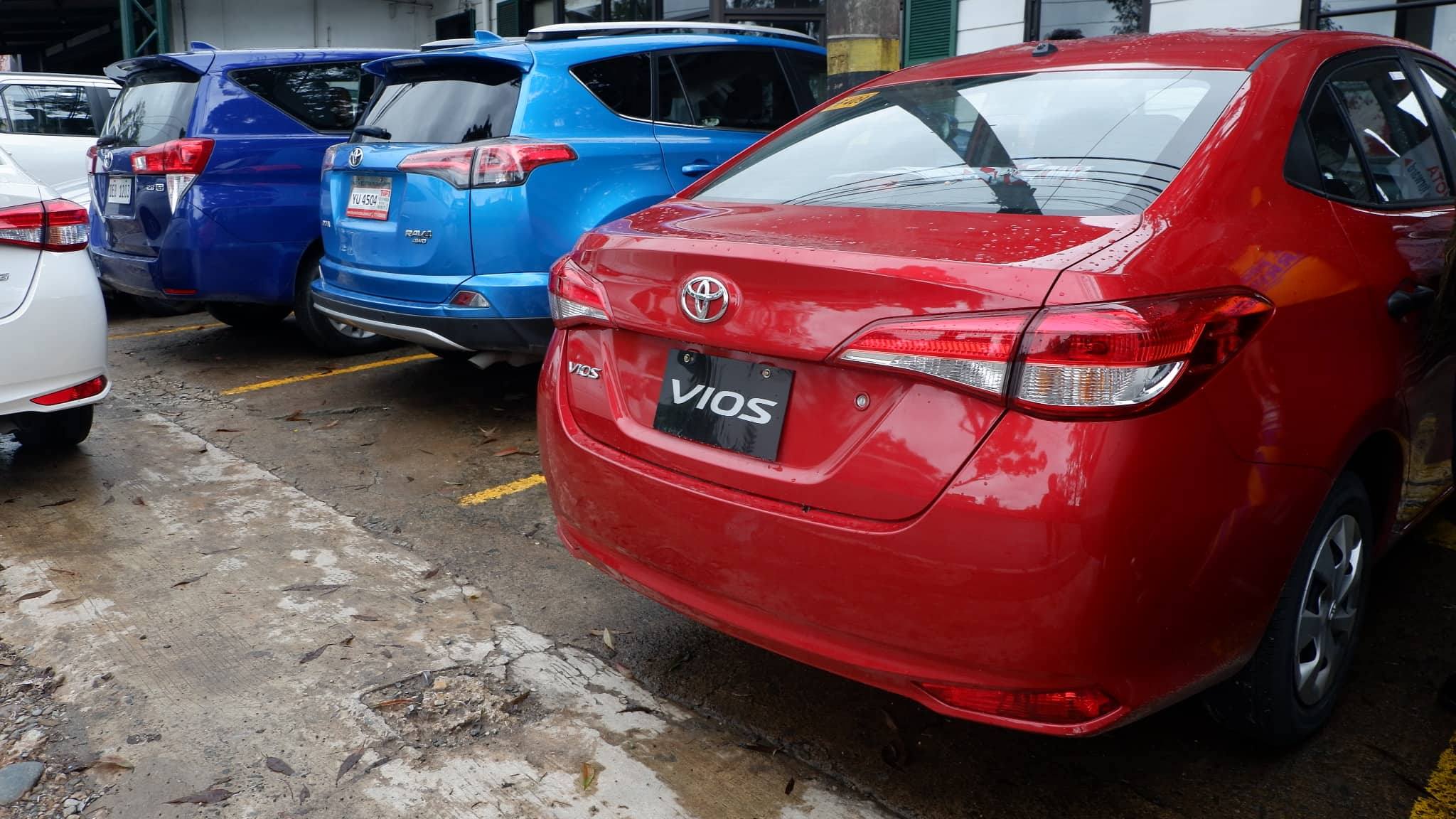 Can the all-new Toyota Vios make it up to Baguio?
View other articles about:
Read the Story →
This article originally appeared on Topgear.com. Minor edits have been made by the TopGear.com.ph editors.
Share:
Retake this Poll
Quiz Results
Share:
Take this Quiz Again
TGP Rating:
/20