The Ranger ‘Pursuit’ is our lowered, street-oriented version of Ford’s all-new pickup

Just the right amount of muscle here
by Andrew Guerrero | Dec 24, 2021
CAR MODELS IN THIS ARTICLE

Back in the ’90s and the early 2000s, before the Baja-racer-inspired factory trucks, there were street-oriented sports trucks like the GMC Syclone and the Ford F150 SVT Lightning. I’ve always wanted to bring back the idea of a low-slung sports truck, so I pitched the idea to the team that the next render would be a modern version of one. I selected the all-new Ford Ranger as my base—a midsize pickup that is smaller and more agile than the full-size F150.

The most obvious difference with our sports truck is its wider and lower stance. For the sake of better aerodynamics and on-road handling, the ride height has been dropped to about the level of the base 4x2 Low-Rider commercial variant. Up front, it features a larger grille, a more aggressive bumper with a bigger intake, and a front splitter. The aluminum hood gets a central heat extractor. Moving to the sides, there are wider blistered fenders and side skirts, as well as enlarged functional vents on the fenders. At the rear, you’ll find a sports-bar-mounted spoiler and body-colored bumpers with cutouts for the dual exhaust tips. Our sports truck comes equipped with 20-inch alloy wheels shod with 275/45 tires.

The interior trim closely matches that of the Raptor variant. Features mirror those of the upcoming next-gen Wildtrak, including the vertical 12-inch integrated touchscreen. 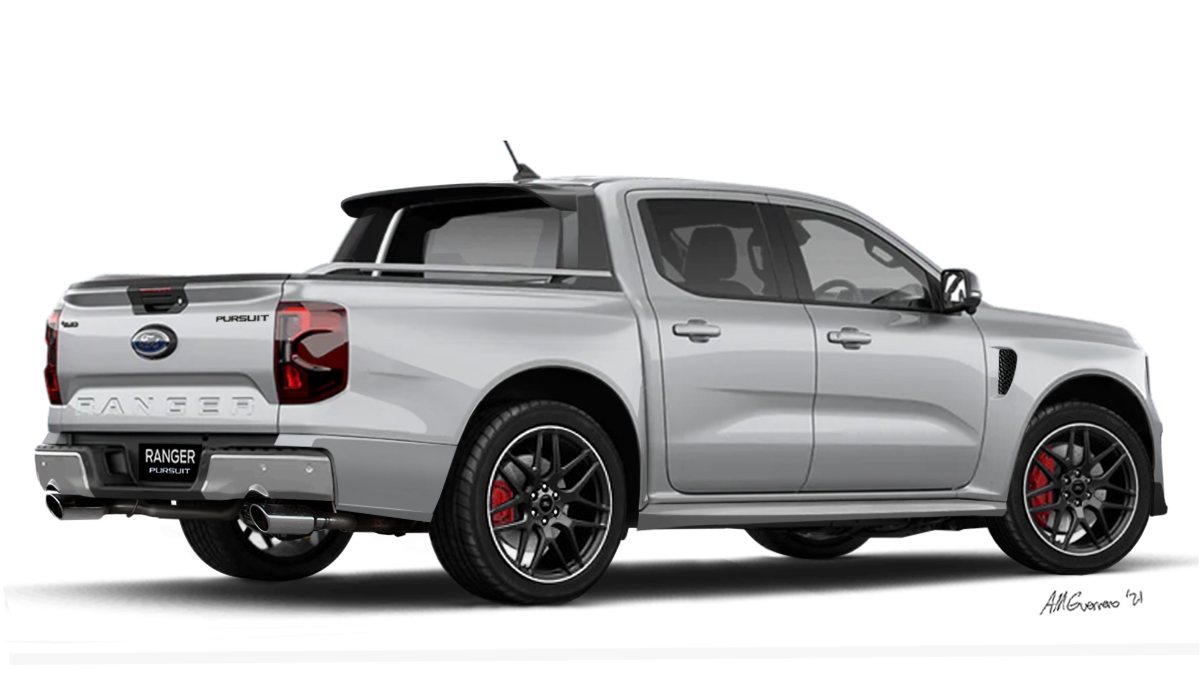 Our Ranger sports truck is powered by a tuned 3.0-liter twin-turbo EcoBoost V6 engine that puts out 434hp and 610Nm of torque via a 10-speed automatic transmission. It comes with an Intelligent 4WD system similar to what you would find on an Explorer ST. This should enable our high-performance Ranger to accelerate from 0-100kph in under 5sec. Top speed is electronically limited to 230kph. The next-gen Ranger’s T6.2 chassis can accommodate electrification, so there’s room for an even hotter 494hp EcoBoost V6 Plug-in hybrid variant.

Underpinning this is a lowered sports-tuned suspension that consists of modified independent double-wishbones up front and a five-link live-axle coil-spring set up in the rear. All corners get larger disc brakes with red calipers.

Since the Ranger was developed in Australia, I decided to call it ‘Pursuit,’ a name once used by the Australian Ford Performance Vehicles version of the Falcon ute. This Ranger Pursuit would be positioned alongside the Ranger Raptor as a high-performance street-oriented alternative.

If Ford would build our Ranger Pursuit, would you consider it? Let us know in the comments. 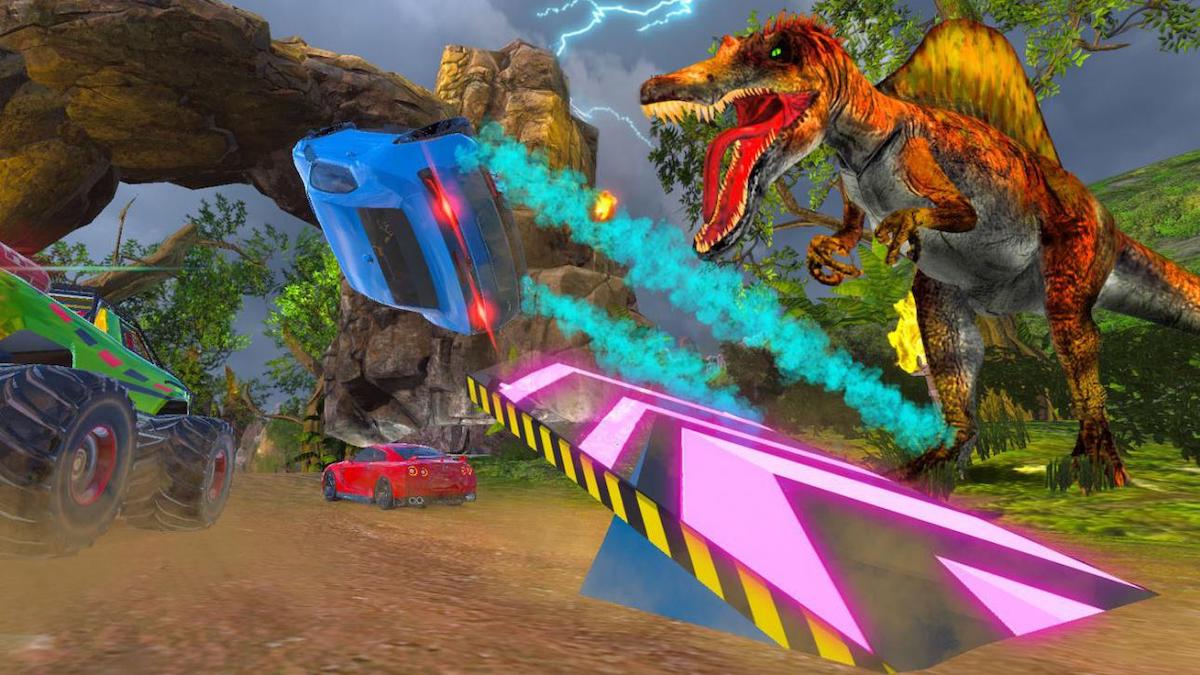 Switch it up: The best driving games on Nintendo Switch
View other articles about:
Read the Story →
This article originally appeared on Topgear.com. Minor edits have been made by the TopGear.com.ph editors.
Share:
Retake this Poll
Quiz Results
Share:
Take this Quiz Again
TGP Rating:
/20