What is this big bag of creases?

This is the BMW X Coupe concept, which had the sheets whipped off it at the North American International Auto Show in Detroit in 2001. It was a sporty crossover SUV-coupe thing years before anyone had even got to grips with the strange notion.

Is that the subtle hand of Chris Bangle at work? 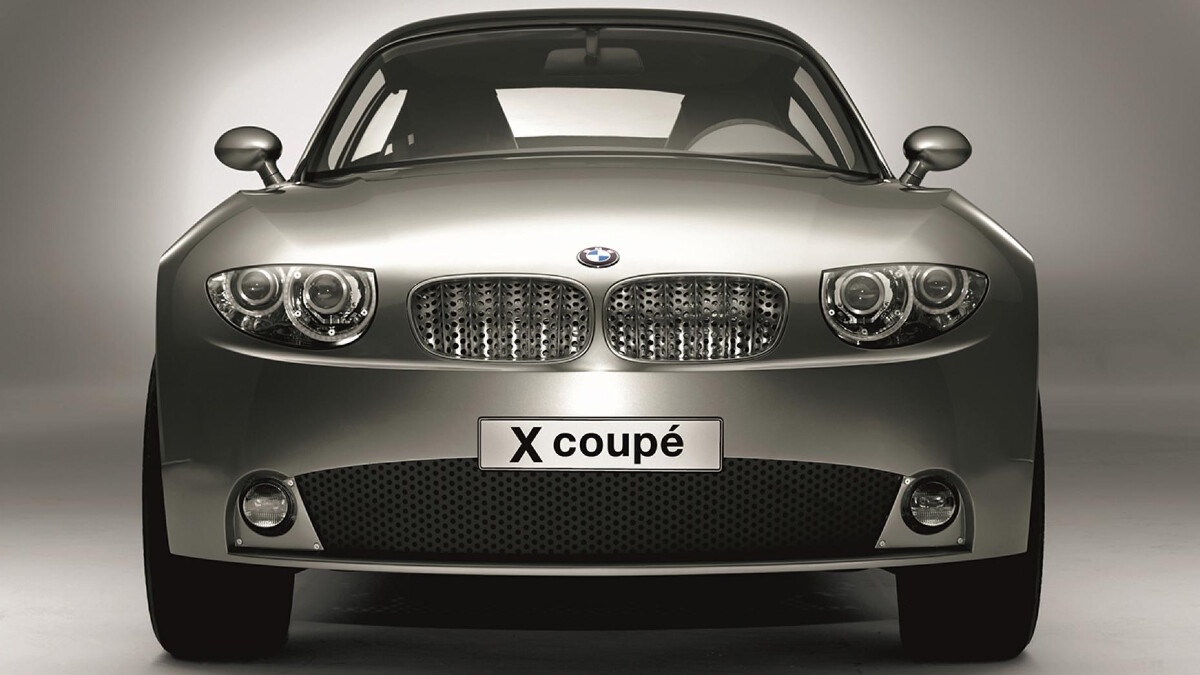 Indeed it is—and what with the X Coupe concept being revealed in 2001, the new 7-Series was only just going on sale and the world was barely aware of the design horrors about to be visited upon it. People reacted to the wily American designer’s stylings by tearing their clothes, lying prostrate on motor-show stands, and wibbling softly to themselves something about Salvador Dali. It’s hard to imagine what all the fuss was about now, really. At least the grille was the right size. 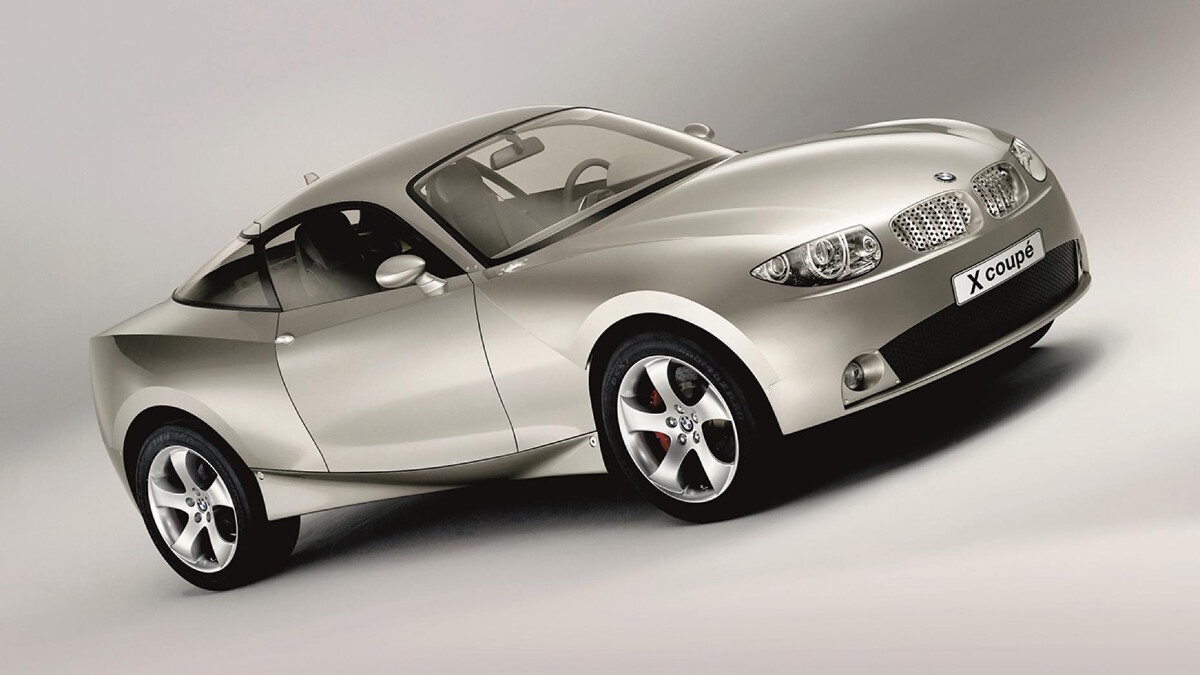 The X Coupe concept had a 184hp, 534Nm 3.0-liter diesel rammed in the engine bay, harking back to a more innocent era when diesel engines were the future. Or rather, an era we all thought was more innocent before someone spoiled the fun.

Does this concept actually drive? 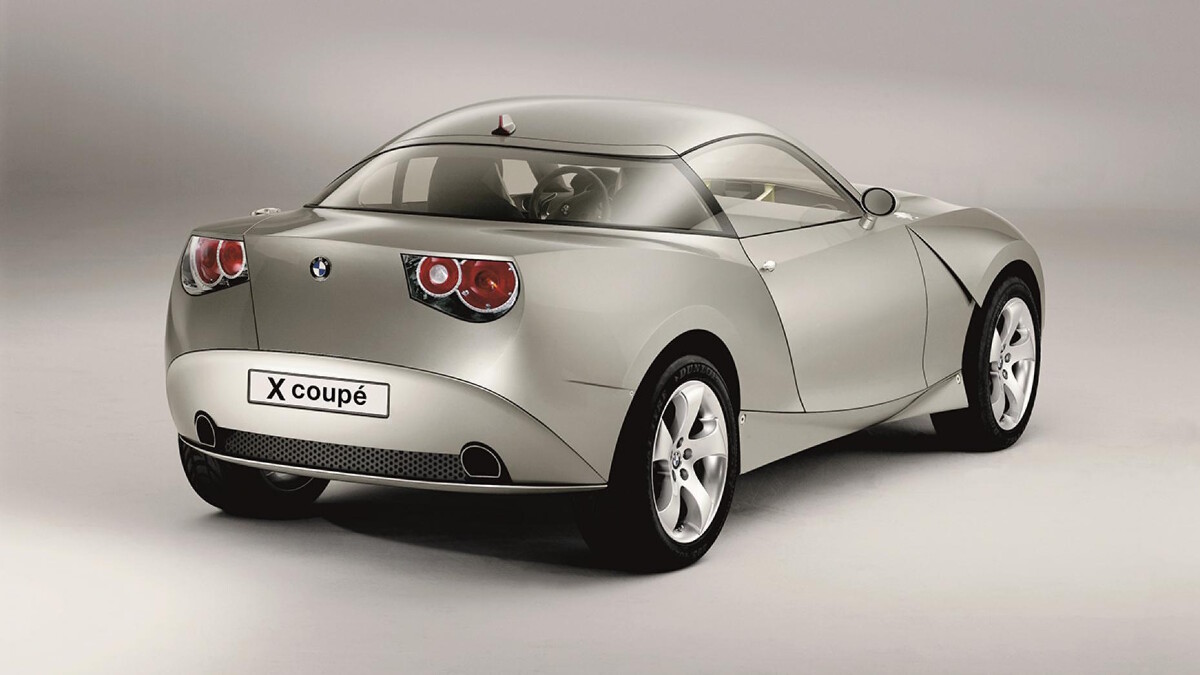 It does—none of that woolly just-sitting-around-on-the-show-stand for this concept car. In fact, it was based on the chassis of a BMW X5 SUV, which gives you some notion of how big the X Coupe actually is, because the pictures don’t do it justice. It was around 200mm shorter than an X5, but of a broadly similar length and width. For context, that means an average size man’s face would be level with the door mirrors. 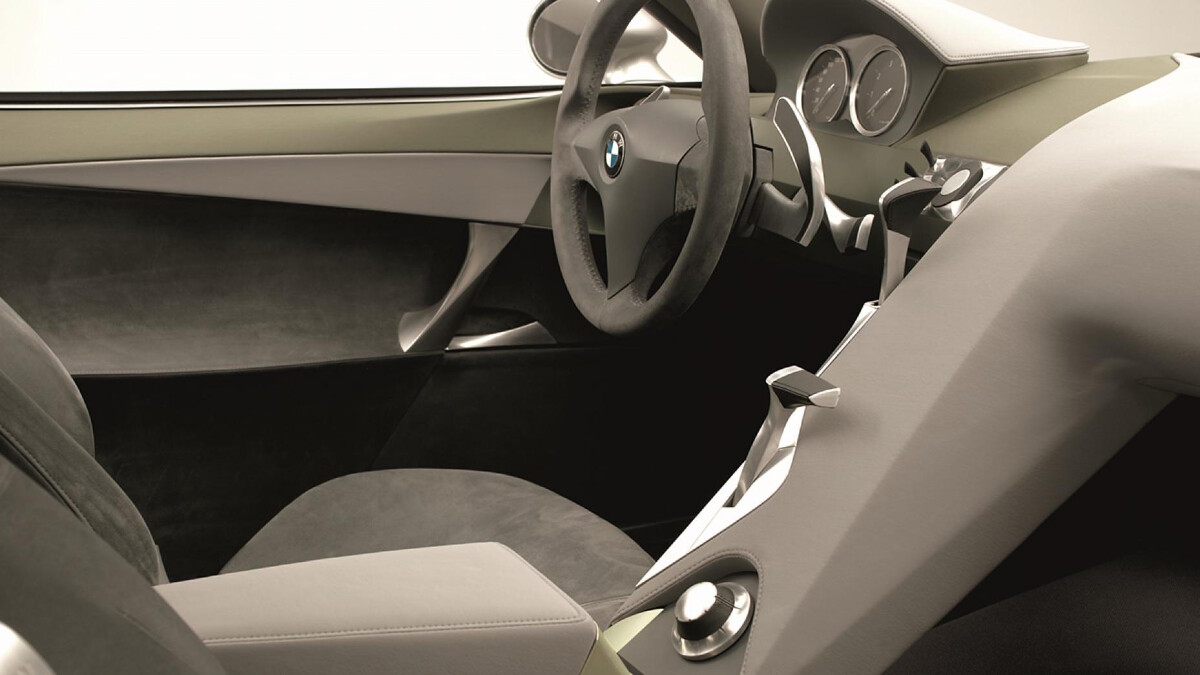 Fancy suede-trimmed BMW steering wheel aside, the X Coupe’s interior has the air of a project everyone thought someone else was looking after. There are dials and bland-looking switches in all the right places. It’s terribly spartan, but then this concept was hardly about the inside, was it? It’s unlikely anyone at the 2001 Detroit show even got as far as looking inside the thing. BMW described the concept as a ‘1+3,’ a tacit admission that most of its massive cars are driven predominantly by single occupiers.

Are there any crazy touches? 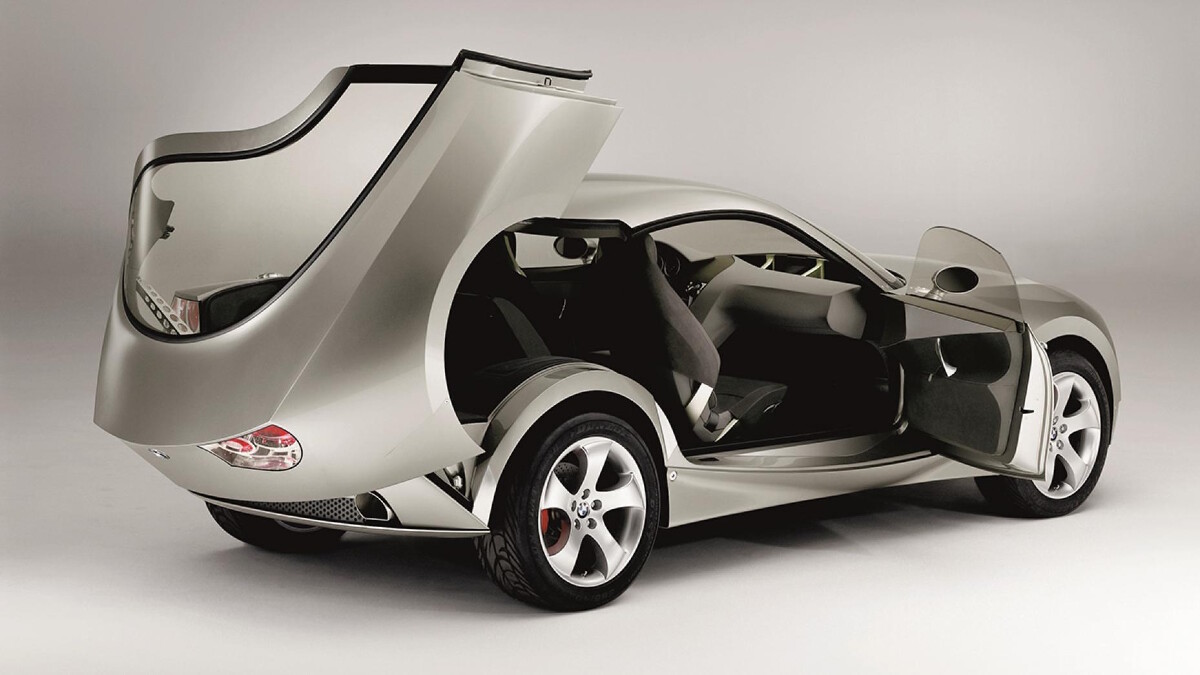 Like many cars, the X Coupe’s makers were forced to confront dodgy downforce with an electronic spoiler that would deploy at speed—only in this case, it came out of the bottom of the bumper at over 110kph. The craziest bit was the rear trunk lid, which was hinged somewhere down by said spoiler and came off backwards in a giant asymmetric clamshell. Can’t believe it hasn’t caught on more.

Why didn’t the BMW X Coupe go into production? 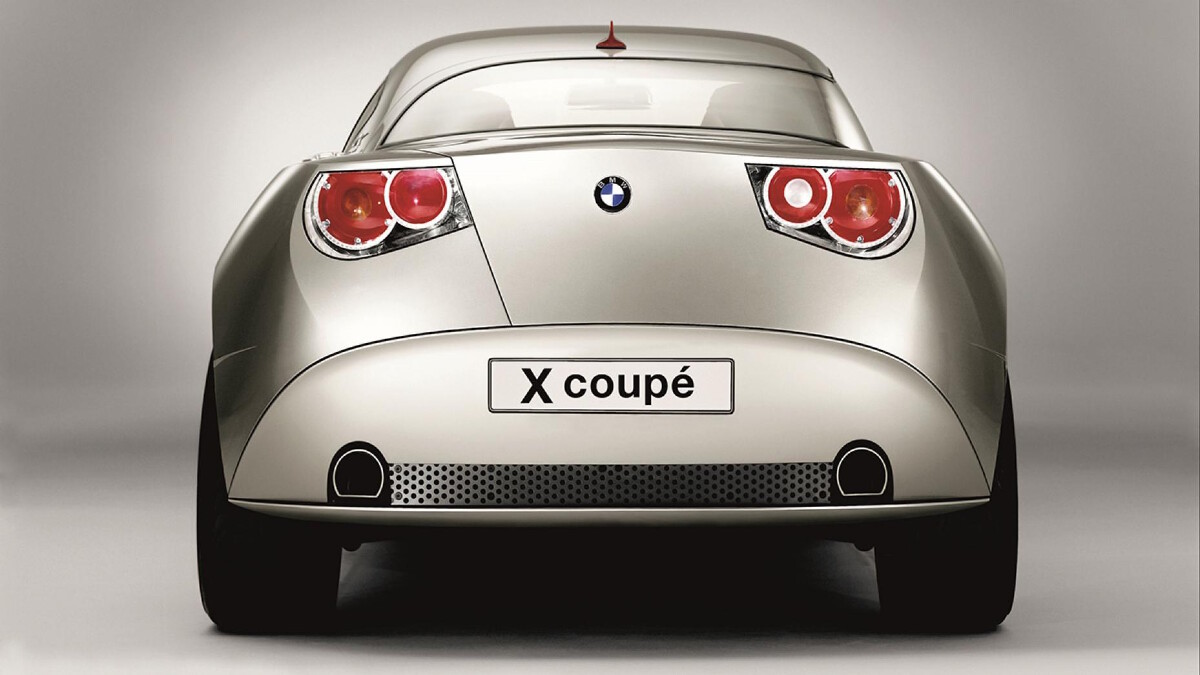 Presumably, someone behind the scenes at BMW’s Munich HQ got cold feet when the reaction to the X Coupe’s styling was somewhat chillier than warm—Banglified replacements for existing production cars were well on the way to making it down the assembly lines, but the X Coupe would have been a fairly bold niche to try and fill. And in retrospect, you’d have to say that BMW was well ahead of the curve in predicting the rise of the strangely pointless luxury SUV-coupe.

So, what did the X Coupe turn into? 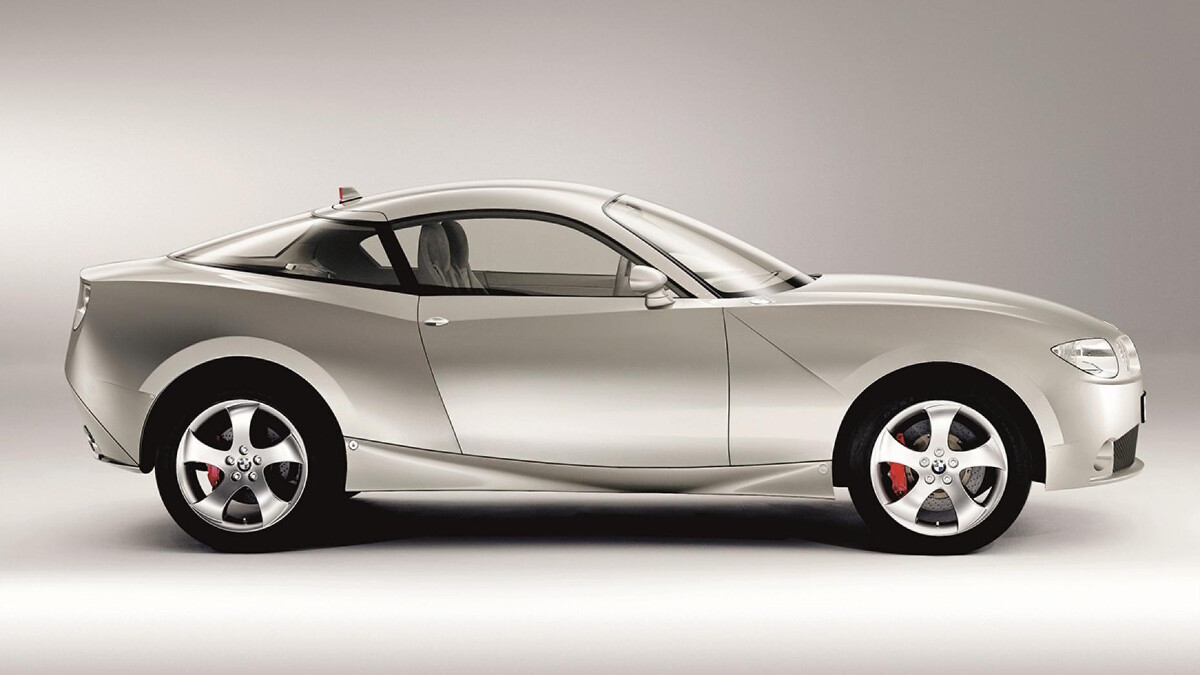 Strangely enough, the 2008 X6 sounds very similar to the X Coupe on paper—a practicality-compromised SUV-coupe based on the X5 chassis. Still, the X6 had better access to the rear seats thanks to its five doors, and its looks veered more toward ‘tastelessly inelegant’ than the X Coupe’s ‘this looks technically well-put-together, but I still don’t like it.’

That said, the X6 must be doing something right because it’s already into its third generation and apparently remains a strong seller. Can’t help but look wistfully back on those Bangle days, though... 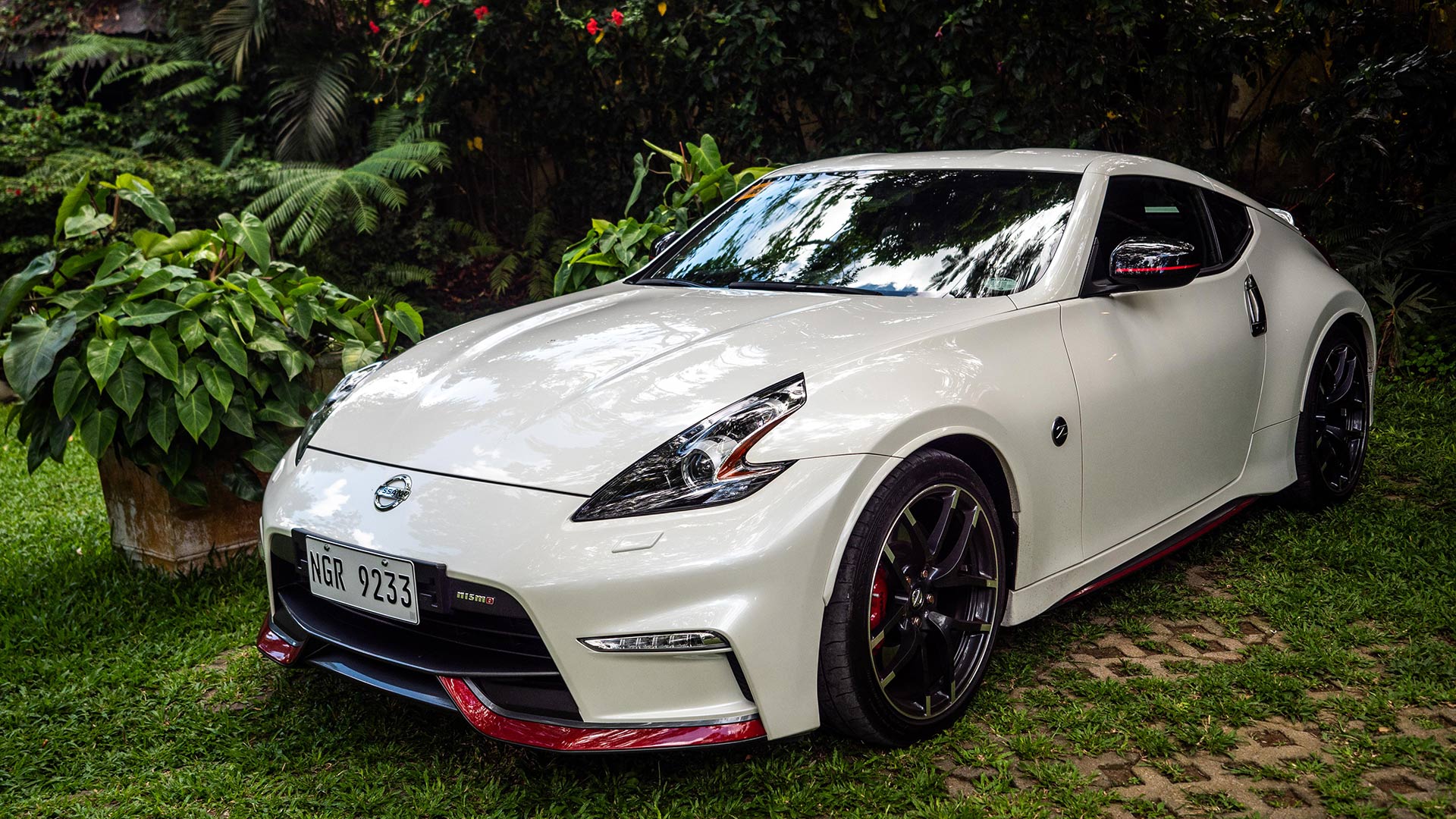 The Nissan 370Z in 2021: Should you still get it?
View other articles about:
Read the Story →
This article originally appeared on Topgear.com. Minor edits have been made by the TopGear.com.ph editors.
Share:
Retake this Poll
Quiz Results
Share:
Take this Quiz Again
TGP Rating:
/20