Ford once created a Fiesta-sized bank vault on wheels

It was called the SYNus. Yep, and it was spelled that way
by Craig Jamieson | Feb 20, 2021
CAR BRANDS IN THIS ARTICLE

And that’s because, apart from looking like it carries cash and armed security guards (perhaps even one that’s just two days from retirement), this is actually an armored van—just one designed for personal use.

It’s called the Ford SYNus, which gives two impressions. One: Someone held the shift key too long while typing; and two: maybe they were also on sinus medication or something. It’s a stretch to expect anyone to read ‘SYNus’ and immediately think, “Ah, yes, that’s clearly pronounced ‘sinuous.’” The irony being, of course, this is the least sinuous car of all time. 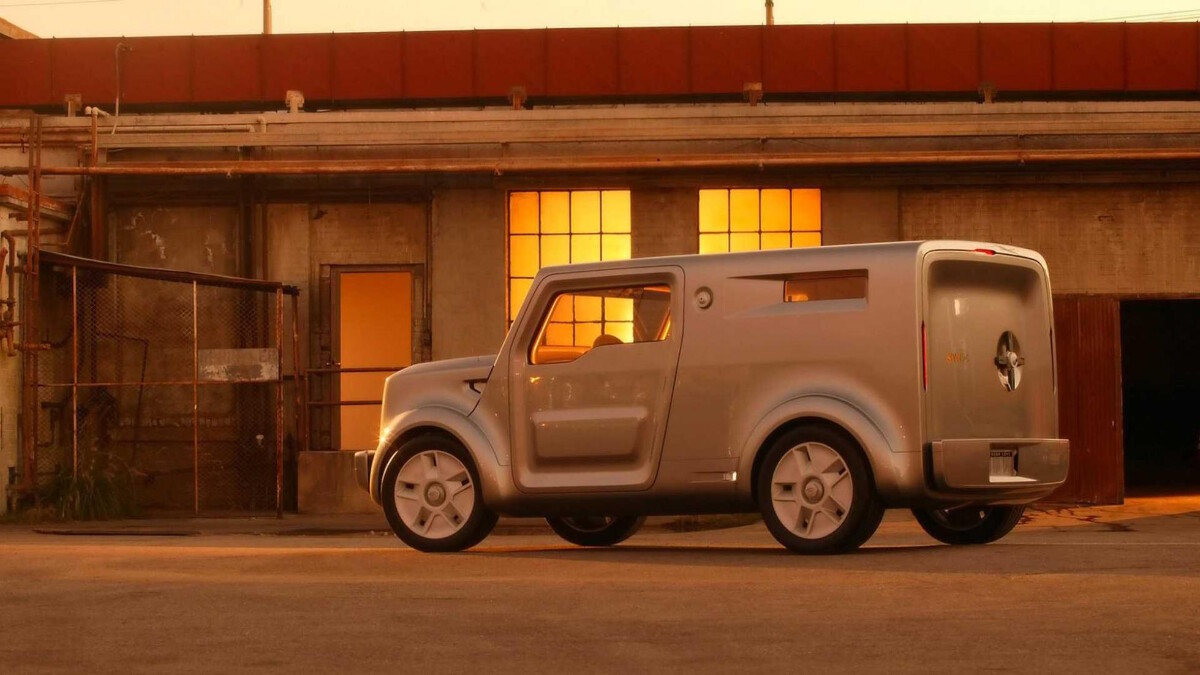 The raison d’être of the bank-vaultish Ford was to keep the people inside the SYNus safe and bullet-hole-free, regardless of the intentions of whomever it was that was outside the vehicle, and however intent they were on creating said bullet holes. There were retractable shutters that slid over the already-bulletproof glass, the rear aperture was only accessible via a spinning bank-vault handle, and the front doors were locked via a rotating combination lock. Oh, and there was a 45-inch TV mounted to the inside of the rear bank-vault-door to help you while away the hours of being shot at to no effect. 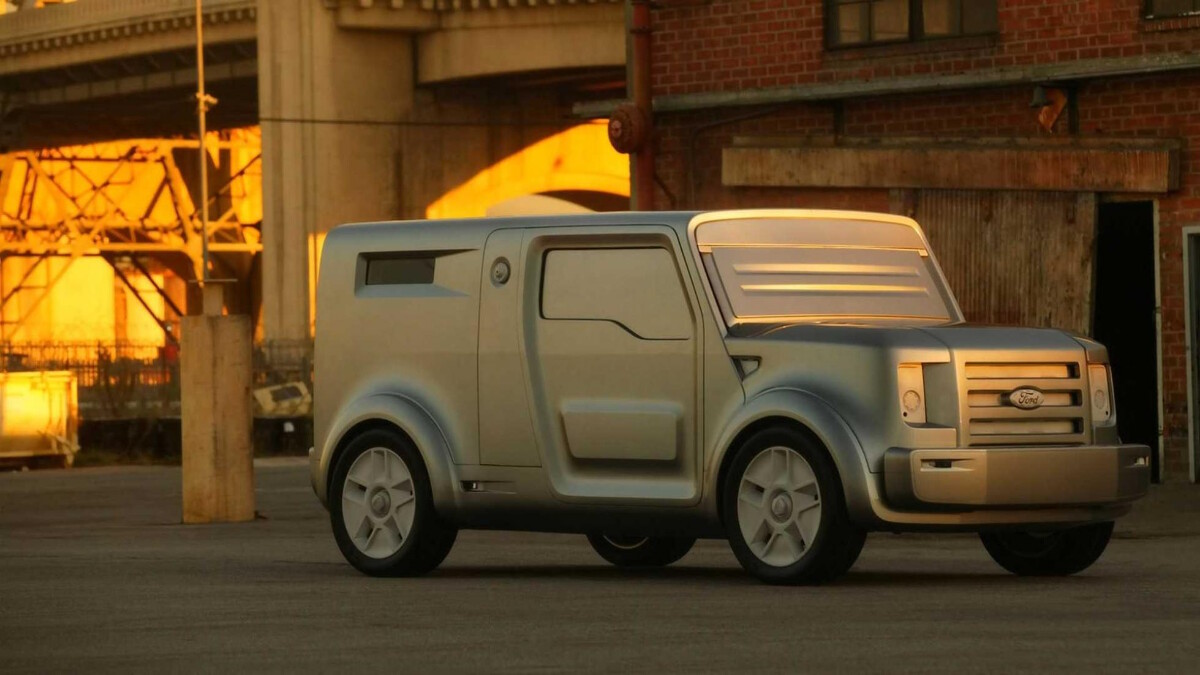 We should probably start off with the size of the thing, really. Because, while it looks...well, American-sized, it’s actually only about four meters long. That’s the length of a Ford Fiesta. And there’s a very good reason for that: The SynUS (yeah, we like it better that way) was apparently Ford’s way of testing the waters for a Fiesta-sized car in the US. Maybe they should have called it the TenUS?

Anywhos, it used Mondeo oily bits—in particular the diesel-powered 2.0-liter Mondeo oily bits. So, that meant around 130hp, 311Nm, and the enduring admiration of eight out of 10 fleet managers. 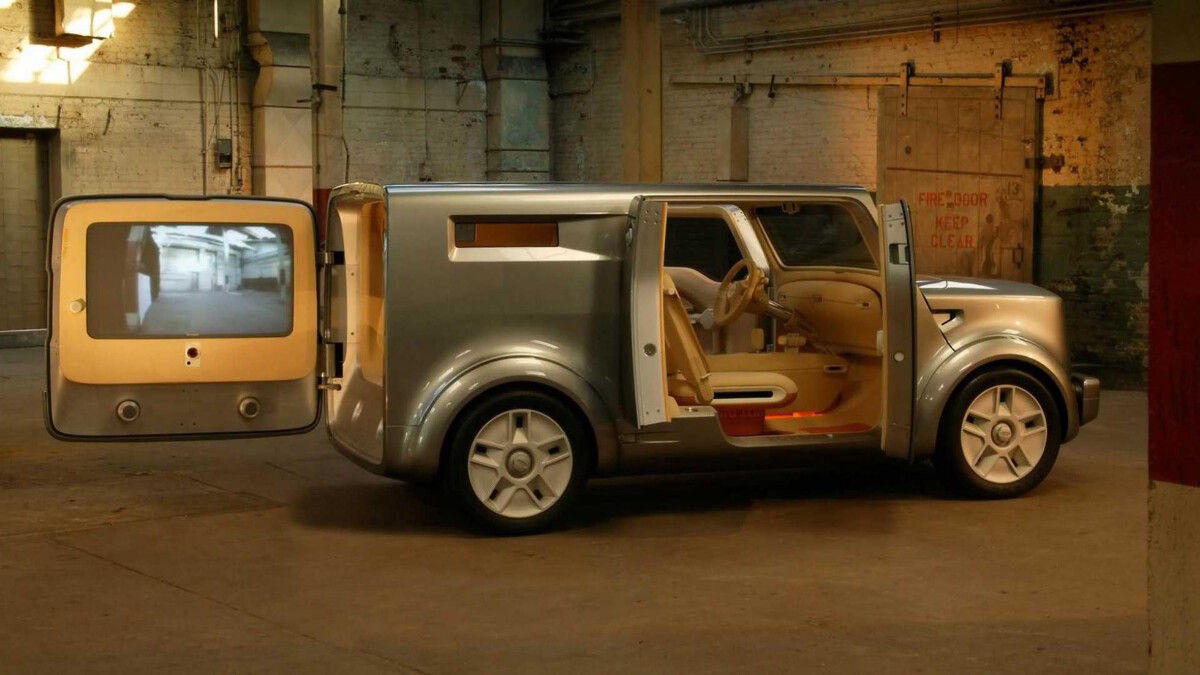 There were some road-ready features—the Fiesta platform and Mondeo drivetrain have notched up more miles than the Voyager space probe, so there’s no issue with getting them to work in anything from a businessman’s work car to a mobile bank vault. That massive 45-inch screen? It was hooked up to a reversing camera, which meant rear visibility only matched by standing behind a nudist on an escalator.

But did it work as a concept? Well, not really. Fiestas aren’t often bought by the oligarchy, and when they buy armored vehicles, they tend to keep them as low-key as possible. So, styling your armored car to look like a cross between an armored van and Scrooge McDuck’s coin-diving recreation area is probably not the way forward. 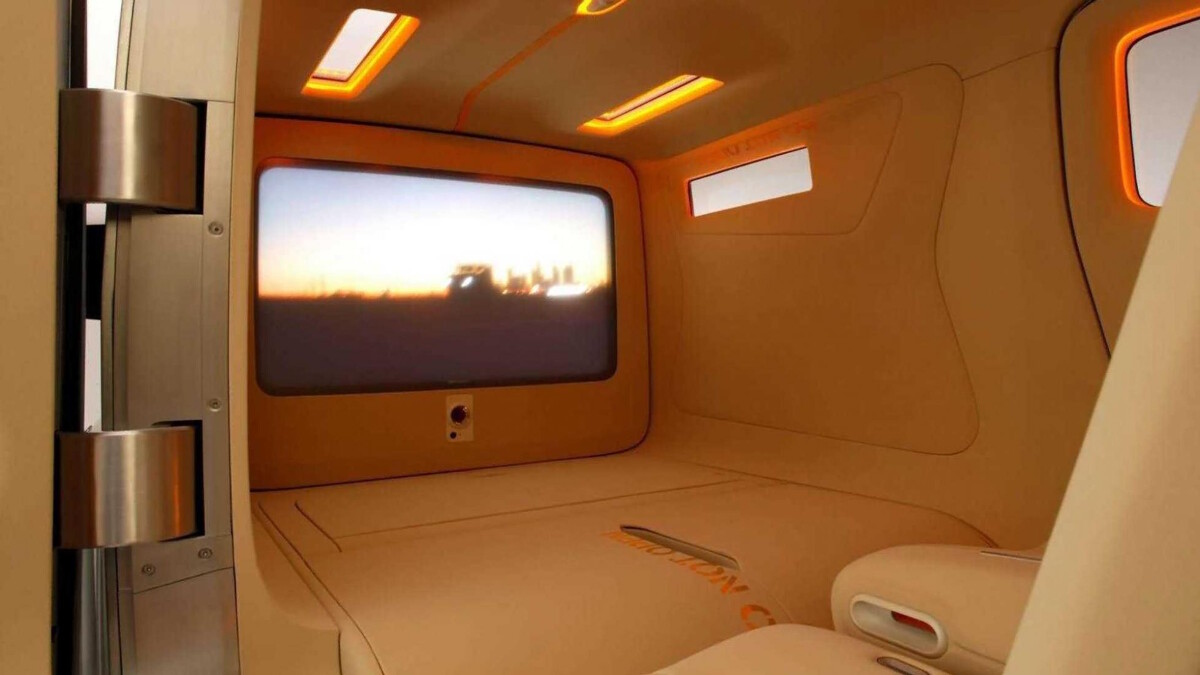 At the time, it was a bit of a novelty. And Ford was still open to a bit of novelty back then, so you can forgive the fine people of 2005 for seeing it as the conceptual fancy that it was and continuing on with their lives.

But look at Ford USA now—it’s ditching every single car it makes, bar the Mustang, to focus on pickups and SUVs. That leaves us (or at least the US) with the Mustang, which is pushing 60 years old; pickup trucks, which use the same ladder-frame chassis we had when we were pulled around by horses, not horsepower; and SUVs, which are never worth talking about. So we won’t.

What we will talk about is where that leaves Ford. Where is the whimsy? Where is the confidence, the optimism, the enthusiasm? Some might say that whimsy and enthusiasm don’t make money, and they may be right. But making money only benefits the person making it. Making something worthwhile benefits everyone. And that’s what we’ve lost. 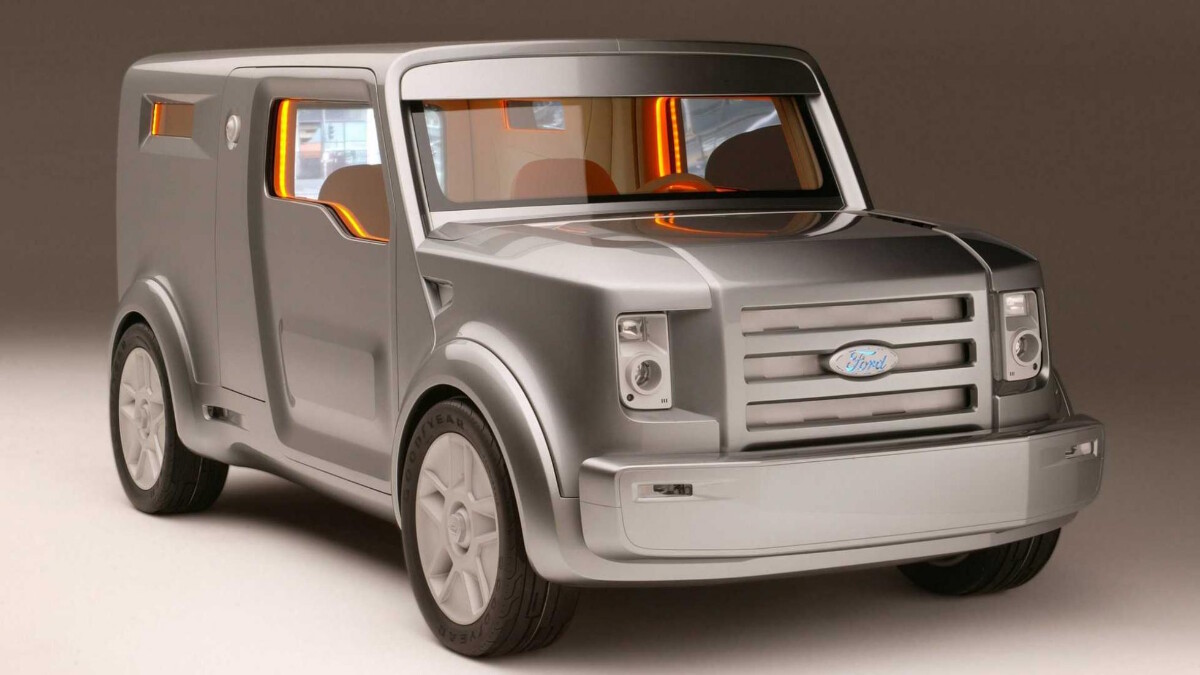 Plenty of reasons, the most influential of which is that Ford had absolutely no intention of making a production version. But the Ford GT wasn’t meant for production, either—just a celebration of the original GT40 and everything Ford had achieved in its 100 years—and it went into production.

Then again, the Ford GT was beyond beautiful and harked back to Henry Ford II’s hell-for-leather campaign to trounce Ferrari after Enzo rejected his buyout offer. The SYNus was built like a bank vault and had less history than a paranoiac’s Internet browser. And it looked like it was called the sinus. So, y’know. Pick a reason. 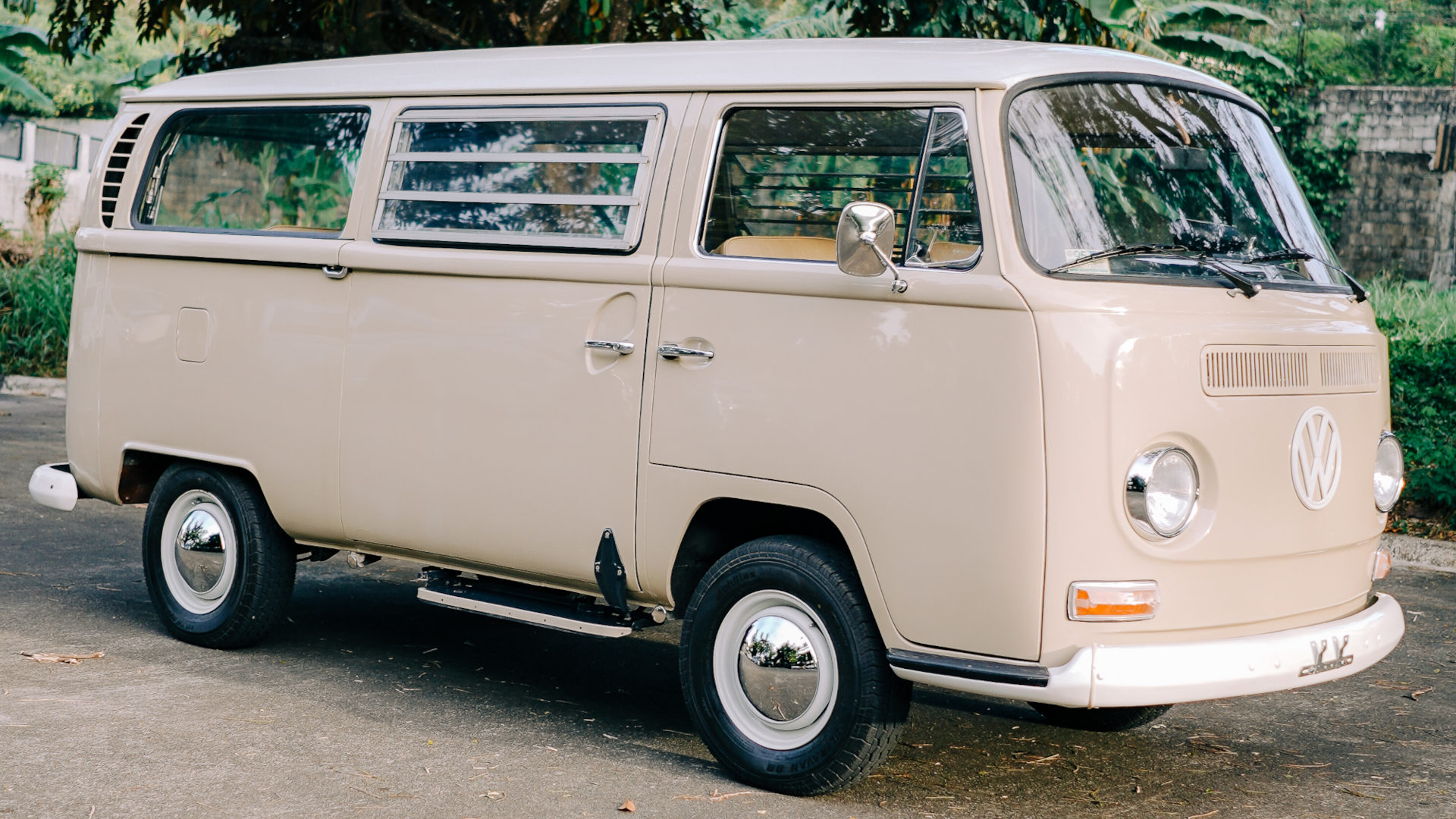 This restored 1969 VW Kombi is a real work of art
View other articles about:
Read the Story →
This article originally appeared on Topgear.com. Minor edits have been made by the TopGear.com.ph editors.
Share:
Retake this Poll
Quiz Results
Share:
Take this Quiz Again
TGP Rating:
/20