Do you remember Honda’s J-VX concept from 1997?

The same year the Toyota Prius was released
by Sam Burnett | Aug 1, 2020
CAR BRANDS IN THIS ARTICLE

Is this a new car? Take my deposit!

Whoa, hold your horses—it might still look fresh, but this is the Honda J-VX sports coupe concept from the Tokyo Motor Show in October 1997. It was the first time that the Japanese manufacturer’s fancy new hybrid tech was put on show.

Oh, right—so this was the future once. 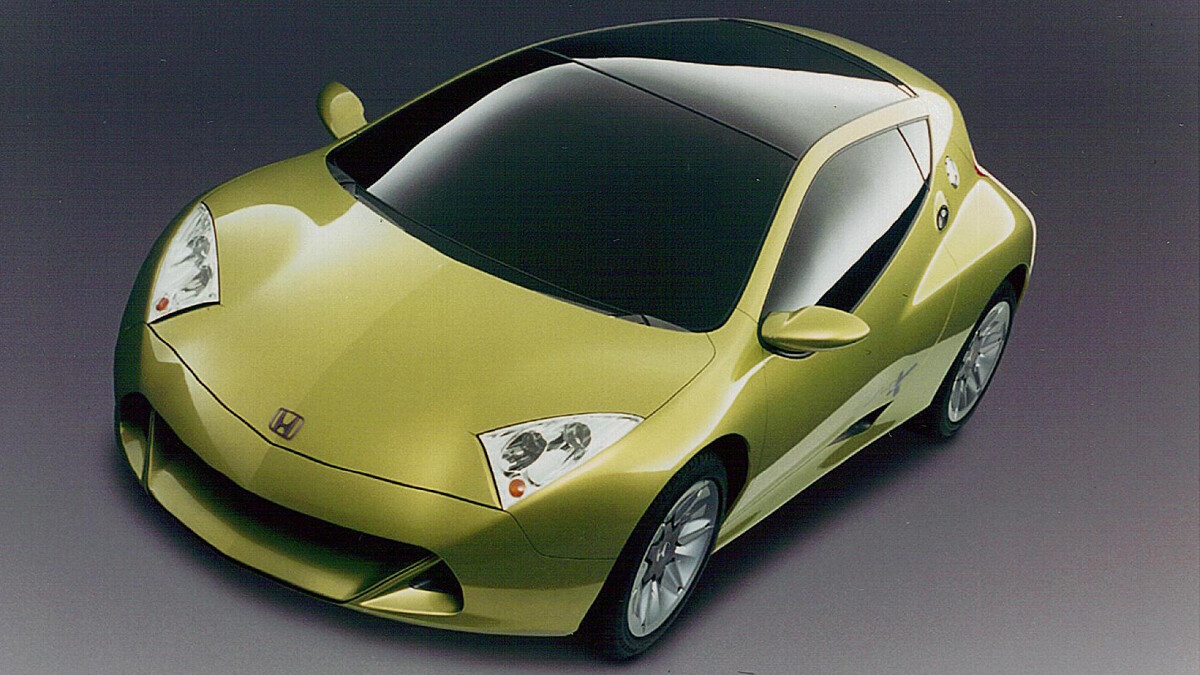 Ssshh, don’t say it too loud, but Honda was already a little behind the curve with the J-VX. You might have thought that the big battle of the late ’90s was Robbie Williams versus the rest of Take That (no one won), but actually it was Honda versus Toyota in the battle of hybrid supremacy. 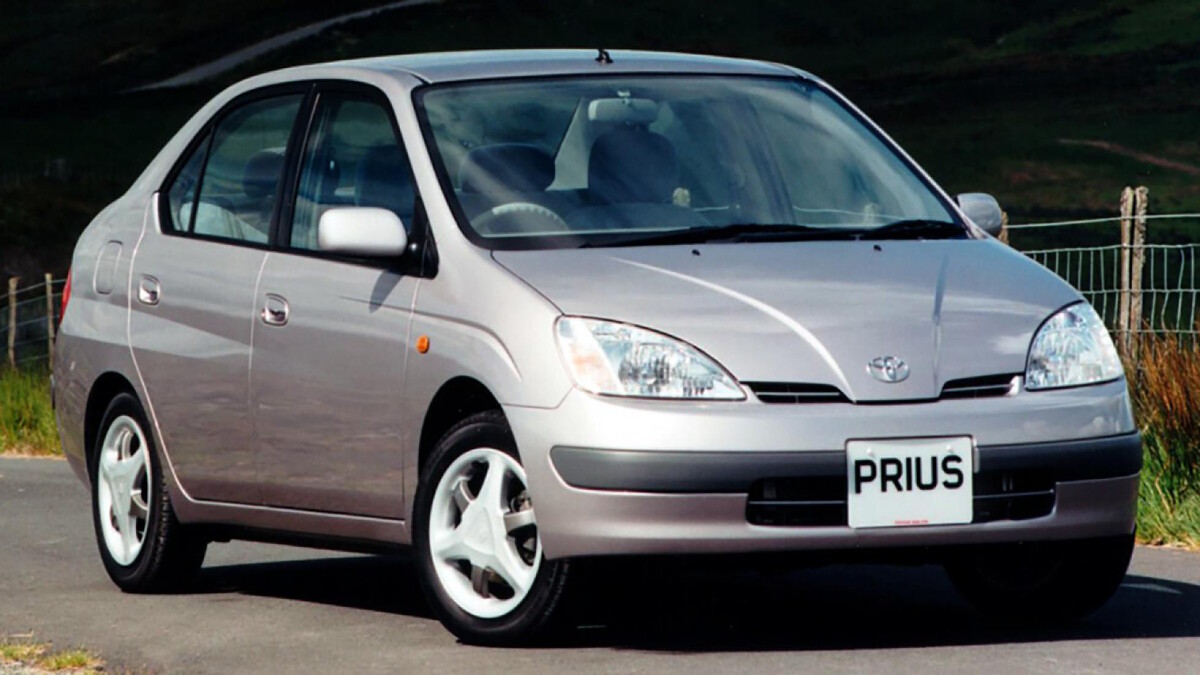 Go ahead and be sarcastic, but this is exciting stuff. They’ll probably make a film about it one day. Anyway—Toyota launched the production version of its Prius at the same time as the J-VX concept was unveiled in Tokyo. That car featured a parallel hybrid system that harvested energy under braking and suchlike (we’re all familiar with such gubbins these days), but the electric motor could power the car by itself.

Honda’s series hybrid setup worked the same efficiency magic, but the electric motor was used to assist the work of the combustion engine, so you couldn’t show off to your friends by creeping up behind them in car parks.

Anyway, back to the J-VX. What was happening under the hood? 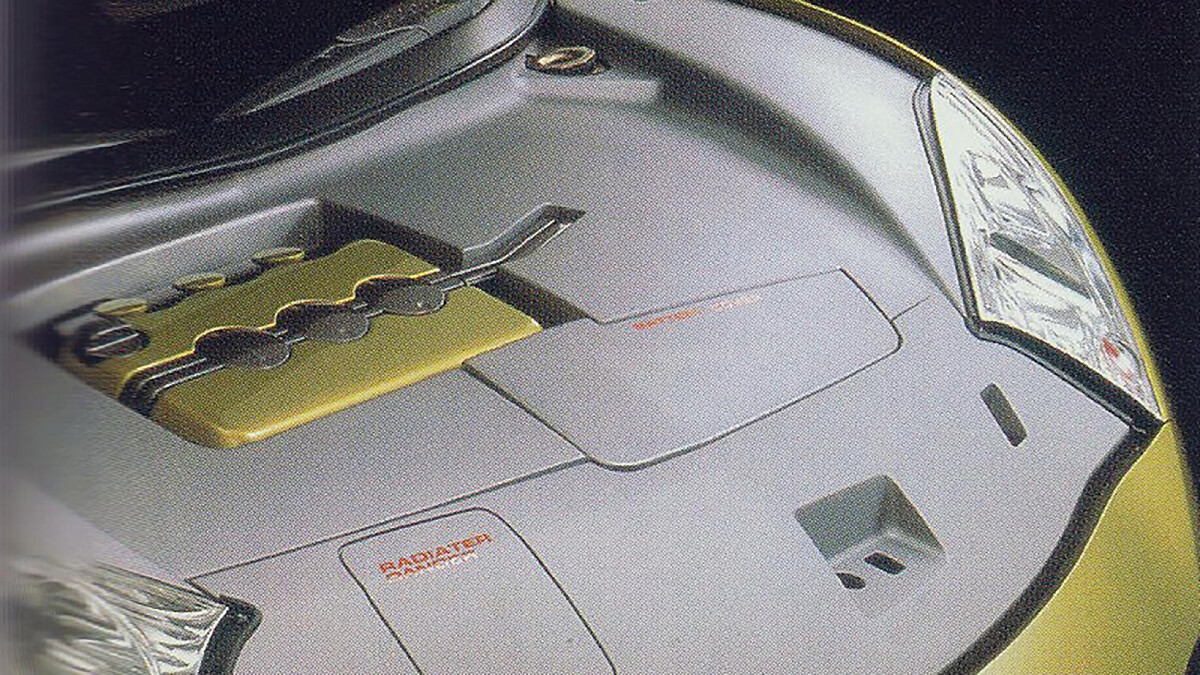 Well, nothing, if you just lifted it up for a peek. This was top-secret stuff. With those sharp angles on the outside, the J-VX could have been a Lamborghini, albeit a tiny one. Honda wanted us to believe that a tiny-engined eco-focused future could be sexy and cool and lime-green.

Really, though, the sharp styling was fancy packaging for the electronic gubbins below. The J-VX was in many ways well ahead of its time—under the hood was a downsized 1.0-liter three-cylinder engine back when everyone was still supersizing. It even featured innovative details such as direct-injection for super-efficient running.

Interestingly, the J-VX didn’t use batteries to store all the electrical energy it harvested under braking and from the engine—it featured an ultracapacitor for quick charging and discharging of energy. Remember when KERS first arrived in Formula 1? This setup was similar, providing 13sec of boost from a full load of juice. Honda liked to think of its IMA hybrid system as sort of like having an electronic turbo. 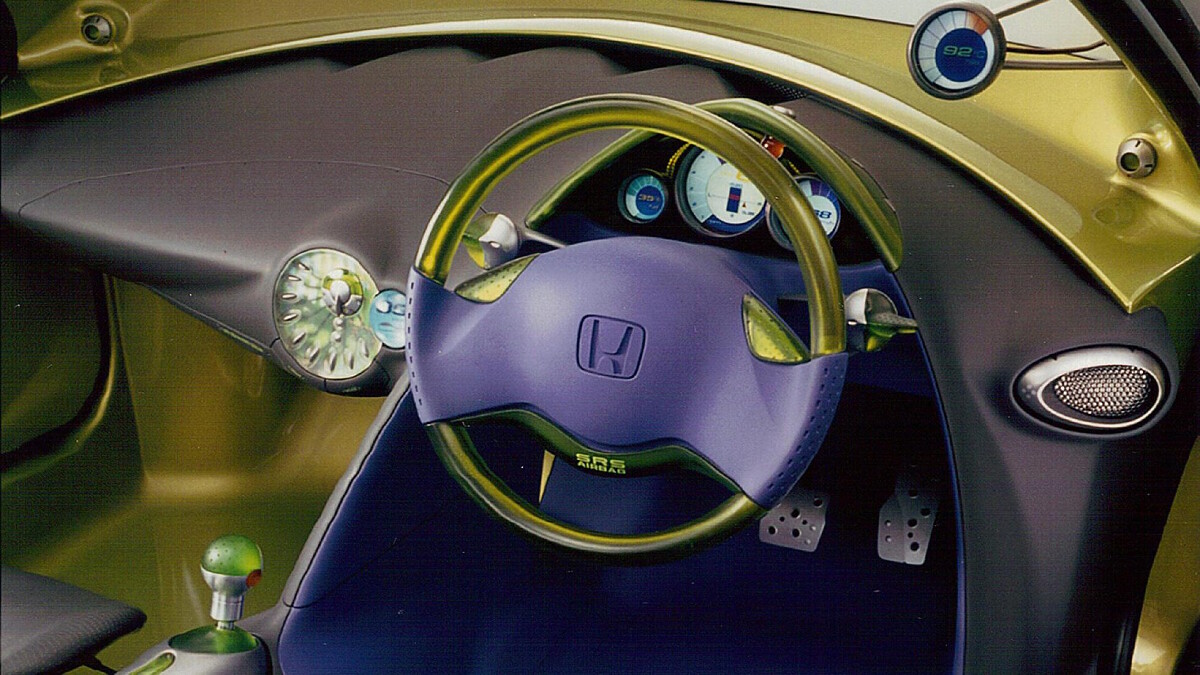 The interior of the J-VX is positively spartan in that optimistic way that only concept-car designers can muster, as if they’re contemptuous of our frivolous need for cool air and in-car entertainment.

The instrument panel looks vaguely reassuring, but you can’t really tell what any of the other buttons are for. Indeed, much of the dashboard looks like it has been fashioned out of smelted gummy bears. One dial hangs out from the A-pillar like a tiny village clock.

The particularly exciting feature on the J-VX interior is the seatbelts—the four-point safety harness features an in-built airbag along the straps to protect the occupants’ shoulders and chest in an accident.

Whatever happened to the J-VX concept? 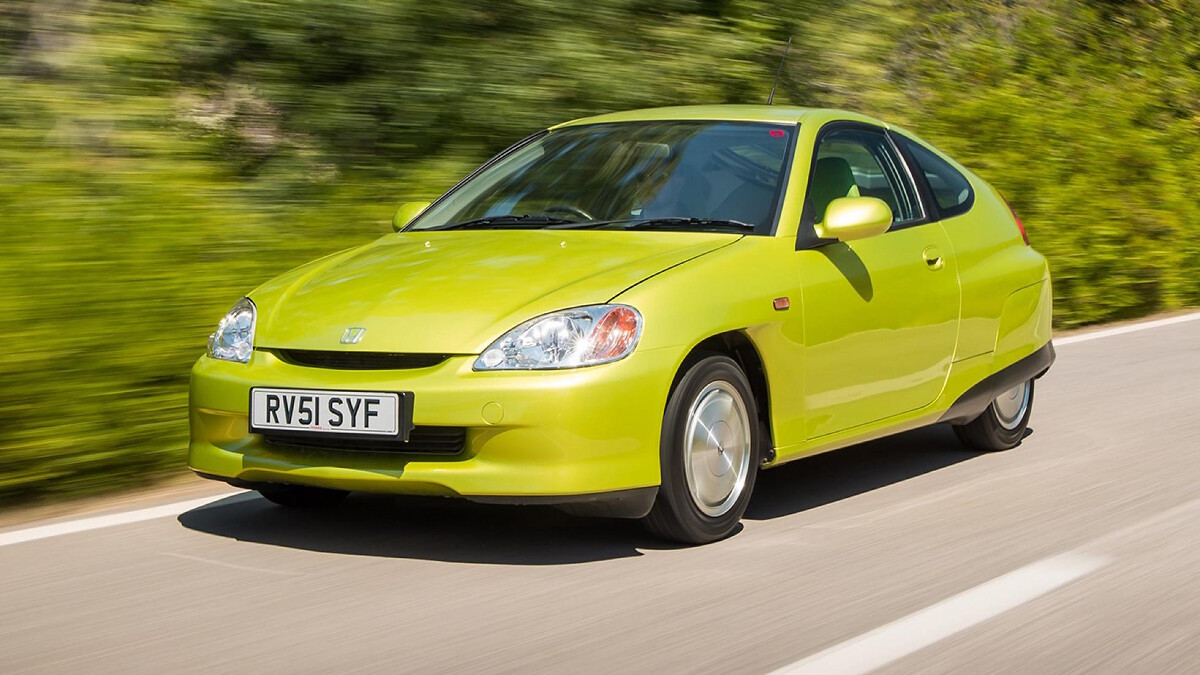 The concept car itself was largely forgotten, but it did eventually lead to the Honda Insight in 1999, via the VV concept car that was intended to lower expectations on the styling front. At least that’s what it did—it might not have been intentional.

At any rate, the production Insight was a strict two-seater, not a 2+2 like the J-VX, and it ditched the sharp lines for something a little more...aerodynamic.

Still, it feels like I recognize the J-VX from somewhere... 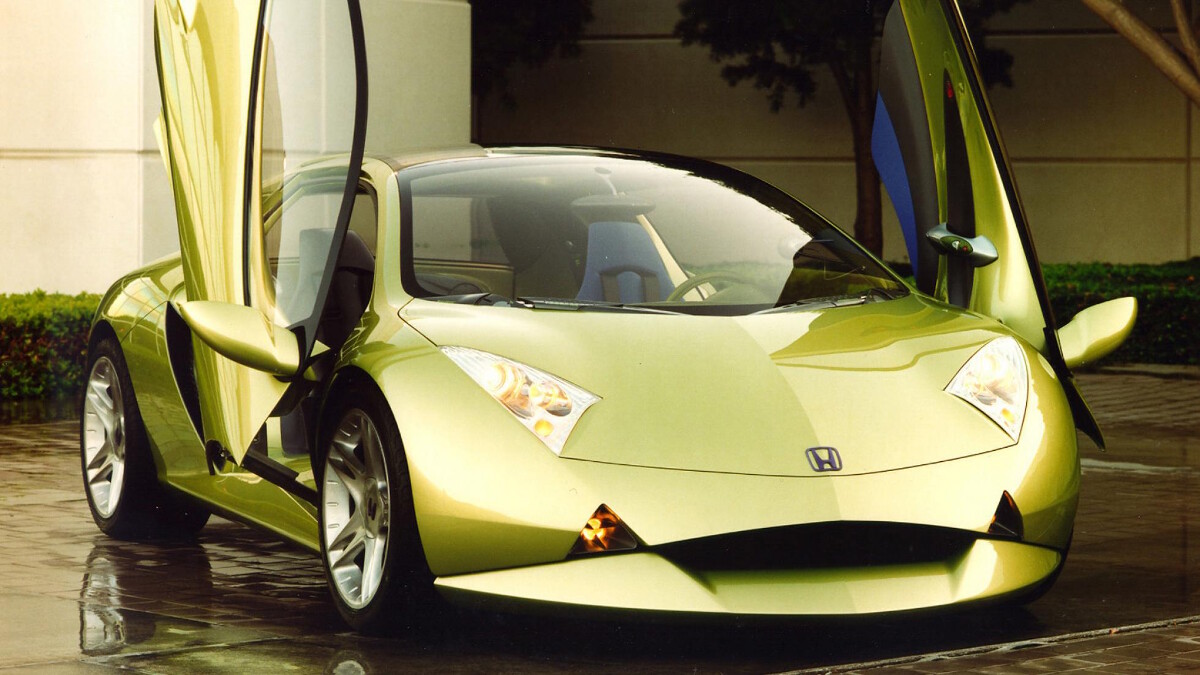 Well, now that you mention it, Honda in North America did tart up the J-VX with a bit of a spoiler in 2006, then added some scissor doors and a 1.5-liter engine that wasn’t particularly economical in comparison with the IMA system on the J-VX and put it on display as the GRX concept. No one really knows why.

Why didn’t the J-VX ever go into production? 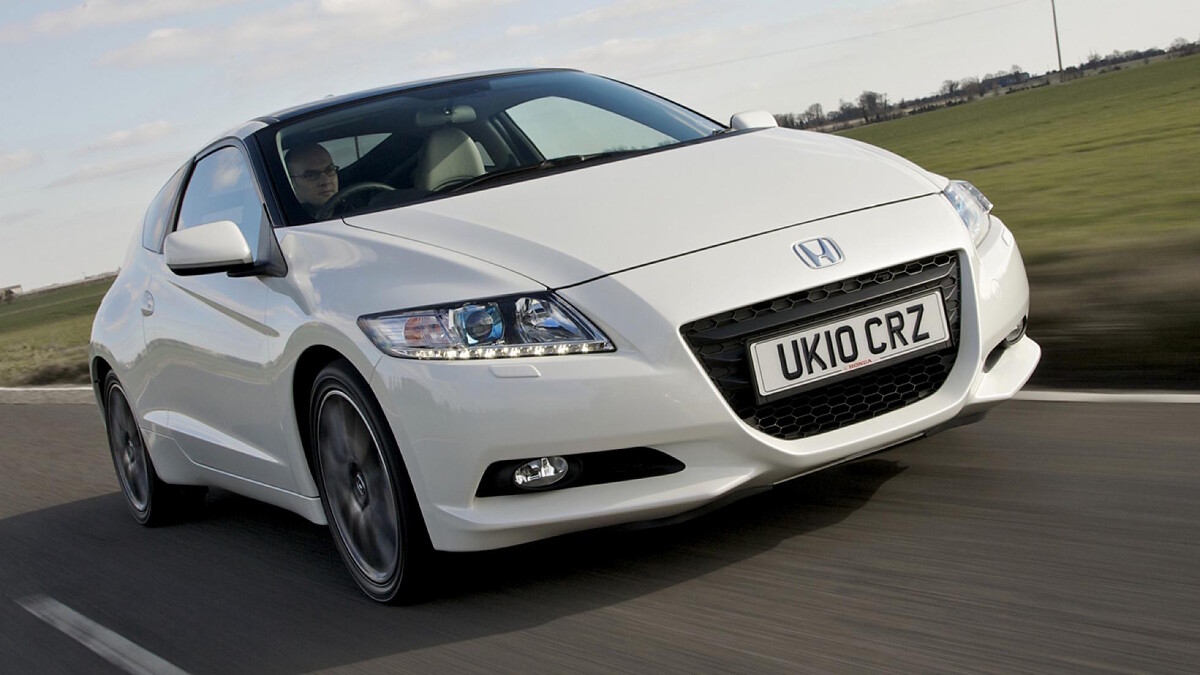 In some ways, it did. Squint your eyes at the J-VX, tilt your head a little...and it might just remind you of the car above, 2010’s CR-Z. It’s put on a little weight in the meantime, but which of us hasn’t? That forward stance, the sharp coupe stylings, the slightly geeky electronic trickery—sure, there were other concepts in between, but all the seeds of the CR-Z future were sown with the reveal of the J-VX in 1997. 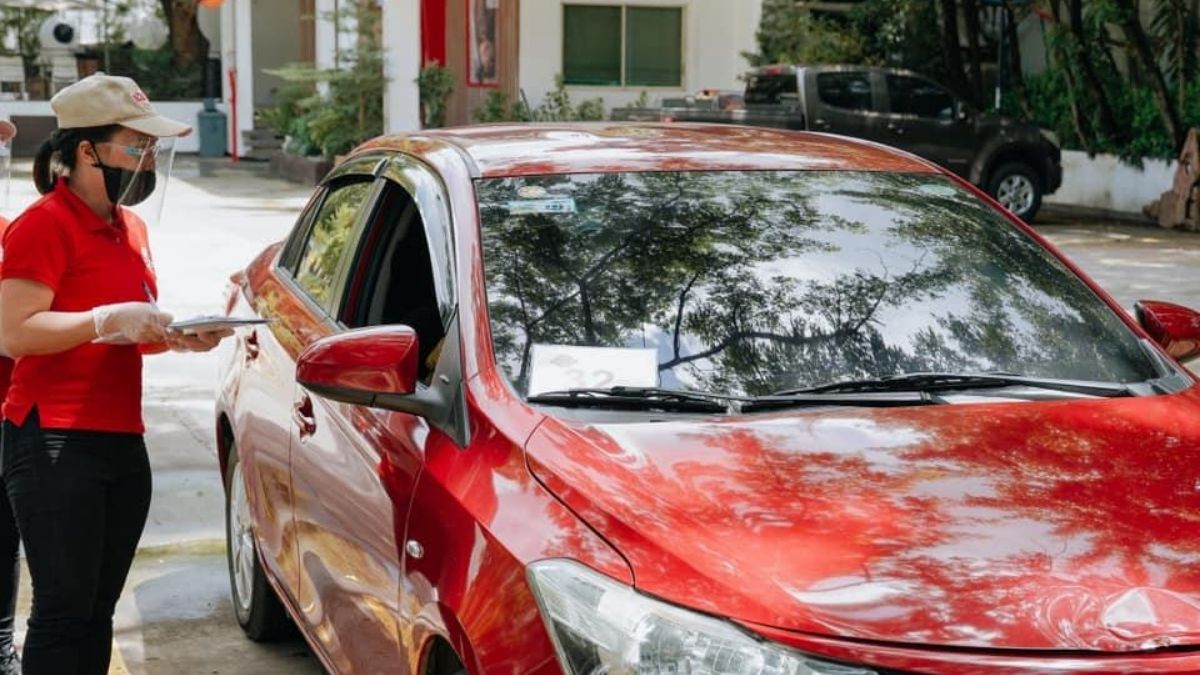 Here’s a list of drive-in restaurants in the Metro for you to try
View other articles about:
Read the Story →
This article originally appeared on Topgear.com. Minor edits have been made by the TopGear.com.ph editors.
Share:
Retake this Poll
Quiz Results
Share:
Take this Quiz Again
TGP Rating:
/20