Remember when the Merc F200 Imagination tried to make joysticks in cars a thing?

Come on, people...what does it look like? It’s a Mercedes-Benz controlled by joysticks. It’s called the F200 Imagination concept and, at least on the surface, it looks...really well done, actually. But then again, it would, given that this isn’t just some non-functioning mule wheeled out to draw crowds at motor shows—this is a working prototype.

Joysticks, despite the just-shy-of-lurid name, are just about the coolest things ever. Fighter jets have them. Spaceships have them. Our cousin’s Amiga had them back in the early ’90s and we could play Barbarian: Ultimate Warrior when the adults weren’t around to be horrified.

The F200 isn’t the only time carmakers tried to literally reinvent the wheel—both Saab and Oldsmobile tried their hand at joystick-operated controls and...uh, it seems to have worked out really well for both brands. Which are definitely still going strong. Yup. Nothing to see here. 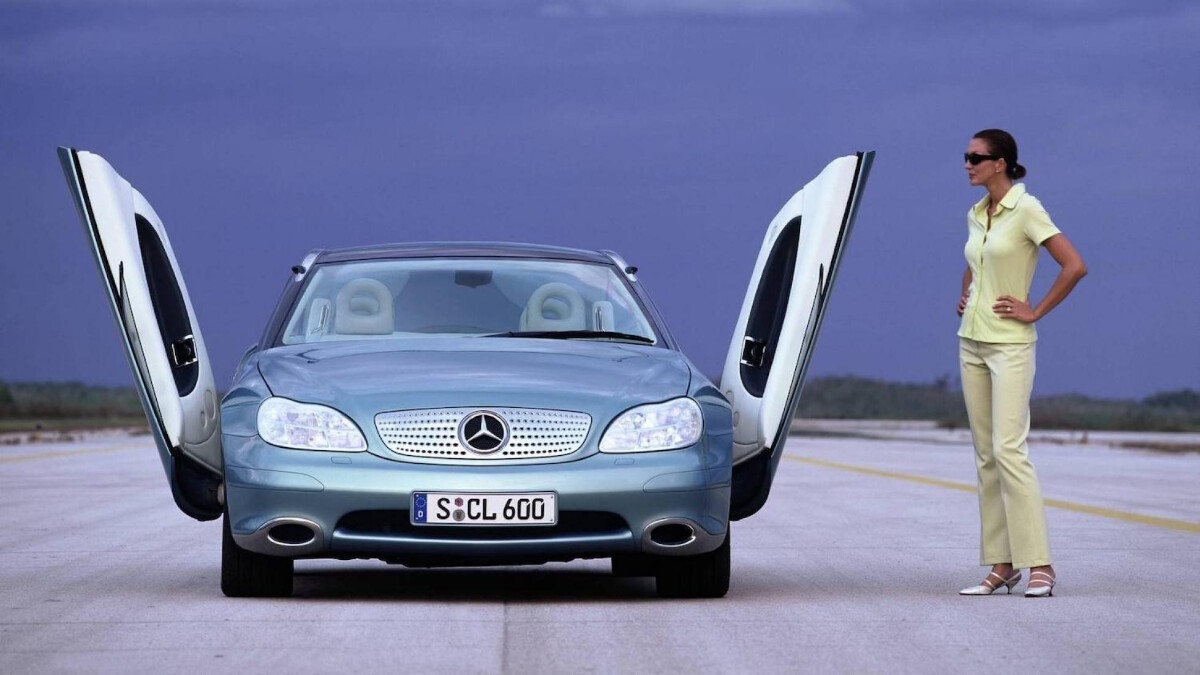 That we’d continue to look at brilliantly simple, intuitive, widely understood and adopted things, and wonder if we couldn’t add complexity and technology to the mix. And a few things that are much more concrete and less snarky.

Such as that roughly every autonomous concept would do away with steering wheels in their entirety. And hey, if our fully self-driving future ever does come to fruition (yeah, right), joysticks take up a lot less space and work just as well for 0.01% of the time we go without a computer chauffeur. Like if, say, you’re fleeing an armed Michael Ironside with a wet towel wrapped around your head and your Johnny Cab driver isn’t interpreting the “just get me out of here” urgency in your heavy Austrian accent.

In a broader way, it predicted the wide adoption of drive-by-wire technology, which goes all the way up to steer-by-wire in the Infiniti Q50. And that seems to have worked out really well for Infiniti as a brand. Yup. Nothing to see here. 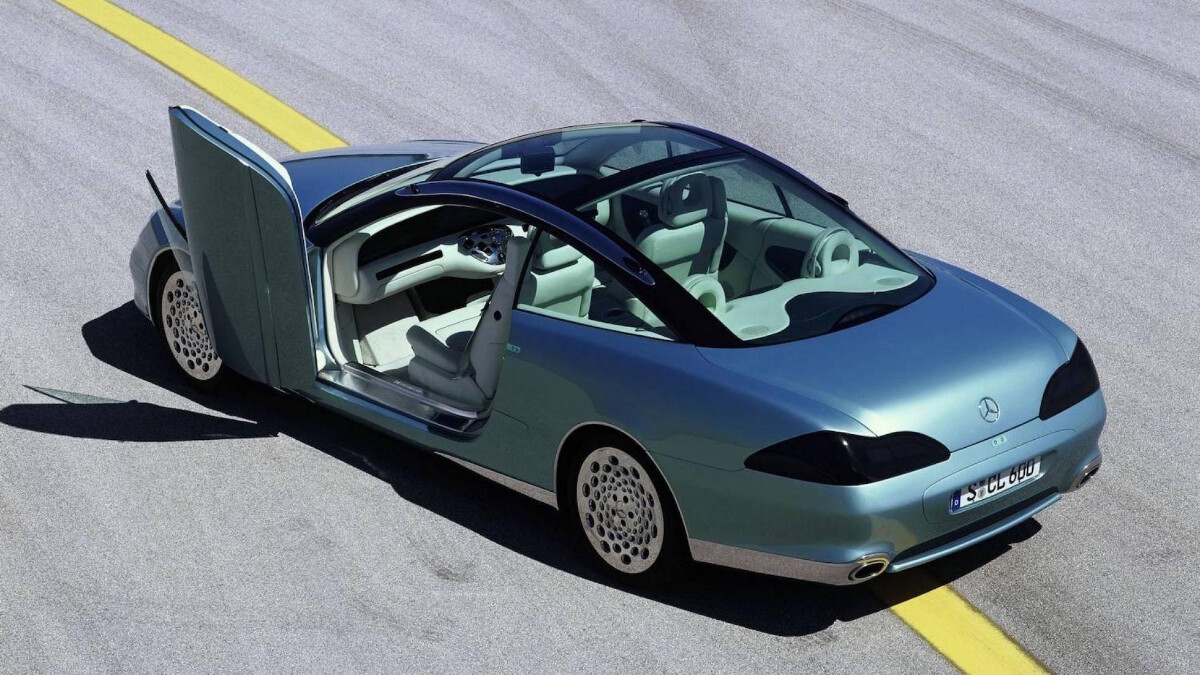 Well, there’s a total of four joysticks, which means that the F200 concept is dual control. Just like a garbage truck! Hm. Not sure Mercedes-Benz would be super thrilled with that comparison.

There are also 12 cylinders, arranged in a V, that cumulatively displace six liters. And if you’ve not experienced it, believe us when we say that the 6.0-liter Merc V12 is a truly magnificent thing to behold.

There is also a near-as-dammit zero chance that you’ll ever drive it. So, uh...move along. Nothing to see here. 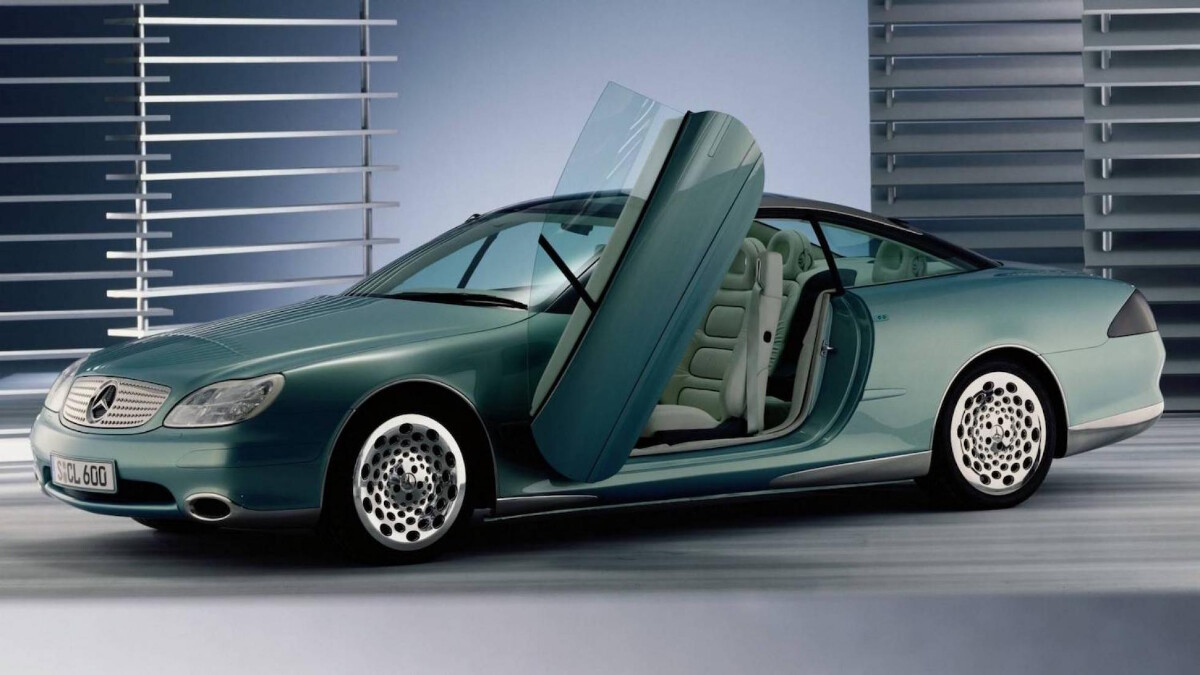 That really depends on how you define ‘work.’ If you define work as “something that can run around a closed test facility without spontaneously combusting after 10 minutes,” then yeah, it worked flawlessly. If you define work as “went out into the world, took it over in a single leap, and redefined how human beings control cars forevermore,” then you may have to adjust your expectations a little. If you, like us, define work as “sit down at a computer in your trackpants and try to write something remotely amusing,” then feel a glow of solidarity that’s nearly but not quite warm enough to overcome the cold reality of our current situation.

Moving on. Merc actually took the joystick idea and ran with it again, fitting it to a R129 SL, which is just a glorious car to do anything to or with. Apart from when it had a car-starring role in that god-awful Liar Liar*. If it’s a choice between nothing at all and that Hallmark-with-slapstick abomination, we’ll choose...nothing to see here.

*You were wondering how we were going to shoehorn that line in, weren’t you? 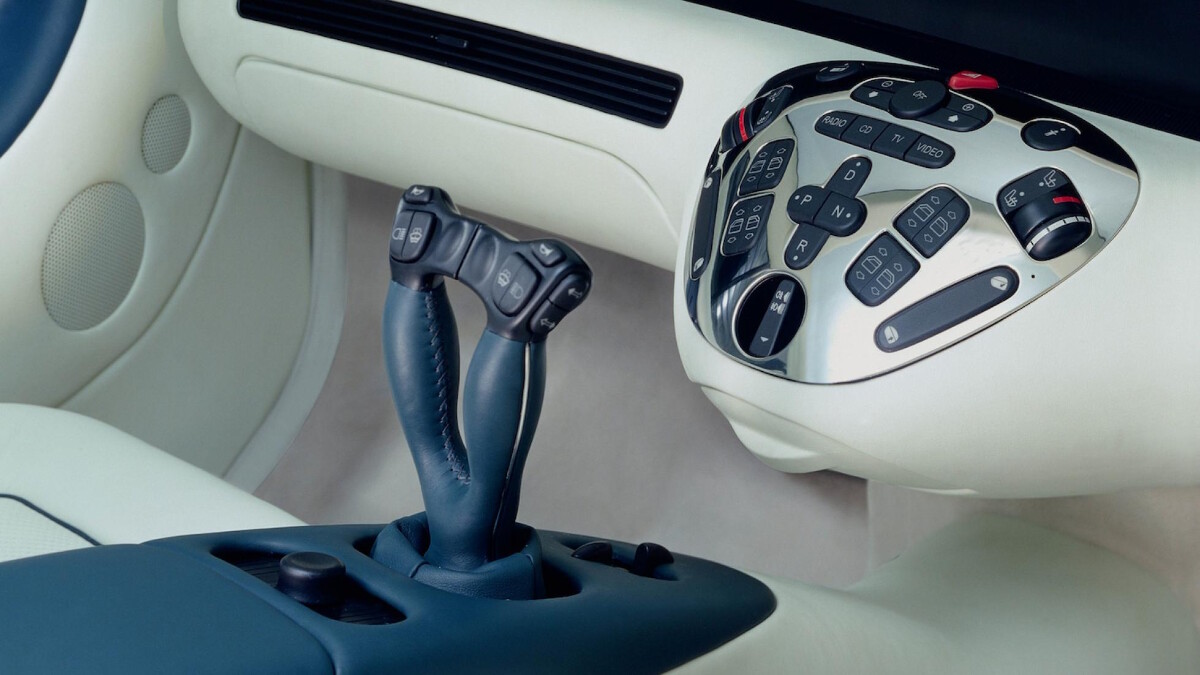 Did we not mention the part about joystick-controlled cars? Playing the ‘Top Gun Anthem’ over the stereo and making “negative Ghostrider, the pattern is full” comments as you weave through traffic. We just...look, our original career plan was to become a fighter pilot, because Top Gun was just a little too damn good as an armed forces recruitment ad.

When it became abundantly clear that math is hard and being too tall for a cockpit is not negotiable, we made the obvious choice and became motoring writers instead. But the thrill of controlling a machine by a joystick hasn’t left us, even all these years later.

If you, on the other hand, did not fall hook, line, and sinker for Tony Scott’s blatant recruitment video, you might care less. If so, er...nothing to see here. 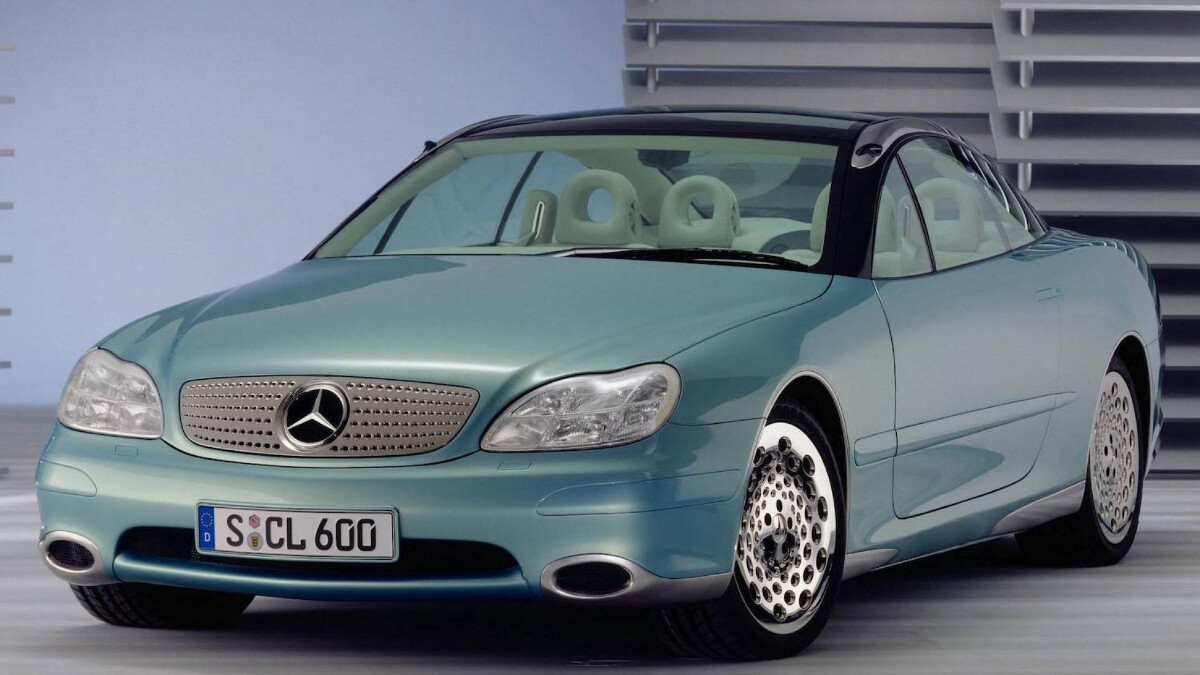 The reason so many things fail—people didn’t want it. Humans, as well as being generally capricious and selfish creatures, are also creatures of habit. If we have something that works, you can bet we’re not going to just change to something new for the sake of changing.

Digital cameras took off because it meant you didn’t have to drop off rolls of film for camera store clerks to pore over. The iPhone worked because it took a mess of buttons and a tiny screen and replaced it with a touchscreen. And big screens on phones took off because of the ability to...um, watch whatever you would like in complete privacy. Nope. Nothing to see here. 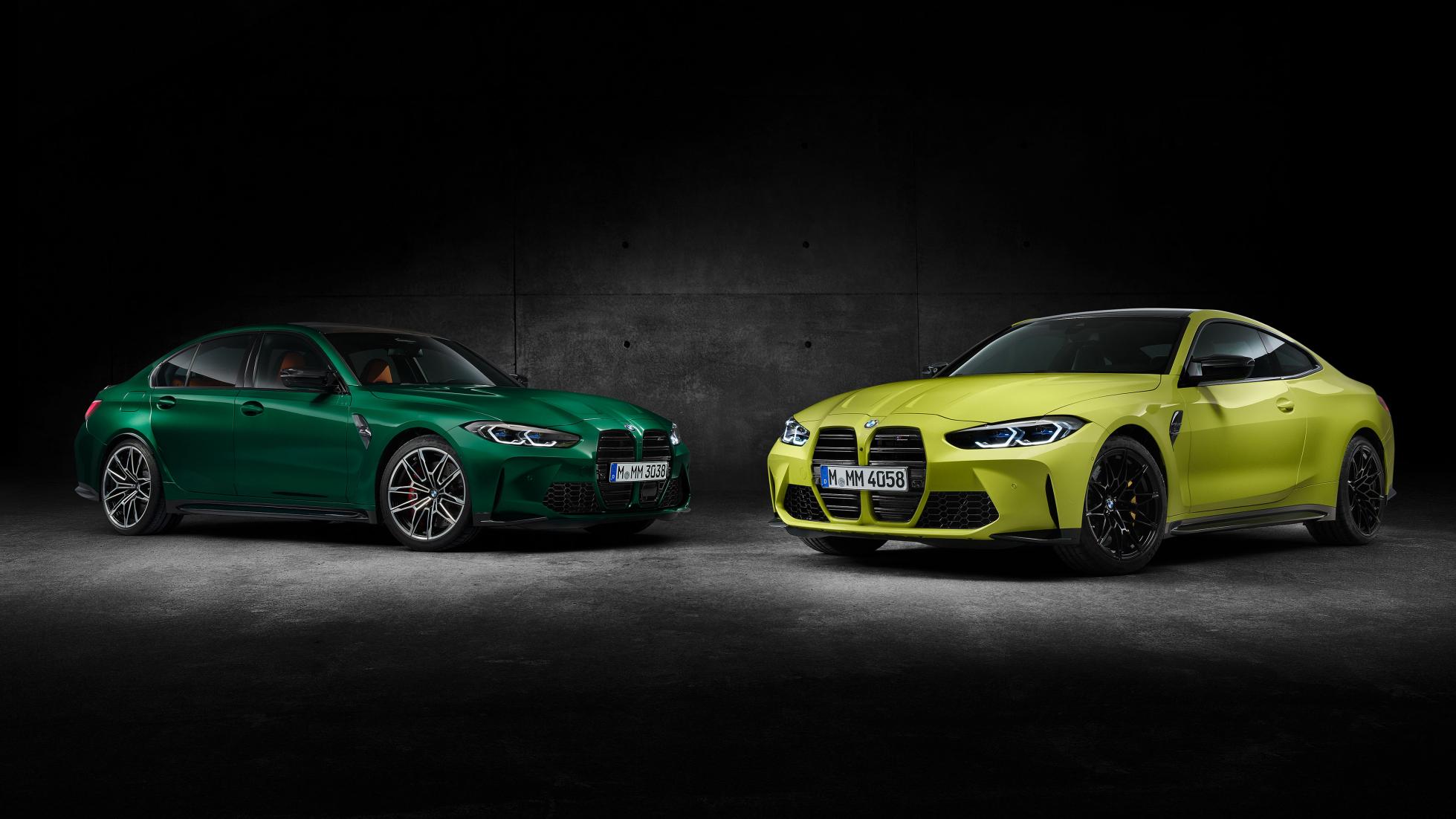 BMW designer talks about the current look of the company’s cars
View other articles about:
Read the Story →
This article originally appeared on Topgear.com. Minor edits have been made by the TopGear.com.ph editors.
Share:
Retake this Poll
Quiz Results
Share:
Take this Quiz Again
TGP Rating:
/20