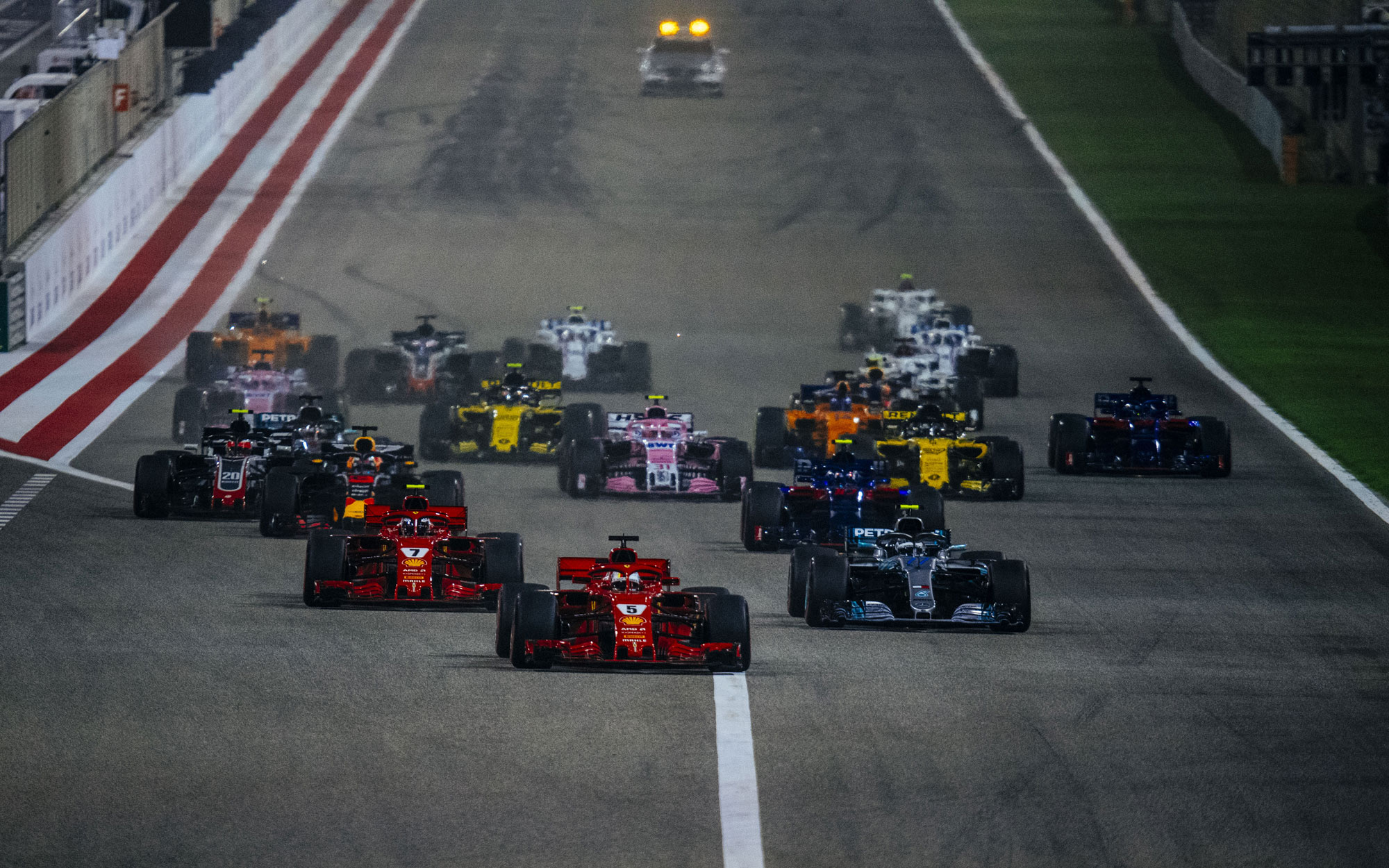 'Twelve down, nine to go'

Twelve races down and nine to go—but right now, the Formula 1 circus takes a well-deserved summer break during this hectic 2018 season. Both the drivers’ and constructors’ championships have been more closely fought this year than in the previous years of total Mercedes domination, so now’s a good time to look back on what’s been happening.

Let’s start with the constructors’ standings. For the first time in F1’s turbo-hybrid era, the Silver Arrows haven’t broken away completely from the chasing pack—in fact, the Ferrari SF71H is regarded as the better package than the Mercedes W09. The defending champions are still leading the team battle with 345 points, but Ferrari are close behind with 335 points. In third place, Red Bull Racing has so far scored 223 points.

In the drivers’ championship, Lewis Hamilton and Sebastian Vettel are on a race against each other for a fifth world title, which will put either of them on equal footing with Juan Manuel Fangio. Hamilton currently has the advantage, with 213 points over Vettel’s 189. That 24-point gap is the biggest we’ve seen all year. Kimi Raikkonen, who has been enjoying a highly competitive season, is in third place with 146 points, followed by compatriot Valtteri Bottas, who has scored 132 points. Red Bull drivers Daniel Ricciardo and Max Verstappen complete the top six with 118 and 105 points, respectively.

Here’s a short recap of the first half of the season, with a focus on the leading contenders:

Pole position: Lewis Hamilton
Race winner: Sebastian Vettel
Podium finishers: Lewis Hamilton (2nd), Kimi Raikkonen (3rd)
Hamilton retained P1 off the line and looked set to kick off his title defense with a commanding win, but just before the halfway point of the race, a Virtual Safety Car period allowed Vettel to do a quicker pit stop than in normal race conditions. He emerged from the pits ahead of the Brit and managed to fend off the defending champion’s overtaking attempts to draw first blood in the 2018 championship battle.

Pole position: Sebastian Vettel
Race winner: Sebastian Vettel
Podium finishers: Valtteri Bottas (2nd), Lewis Hamilton (3rd)
On-track clashes, contrasting strategies, pit-lane drama—the Bahrain round provided lots of edge-of-your-seat moments, but not all of them were good. Vettel’s second win of the season, which he had to work harder for than his first, was overshadowed by a pit-stop accident in which Raikkonen’s car ran over a Ferrari mechanic and injured his leg. Hamilton, who had started from P9 due to a five-place grid penalty for a gearbox change, survived a tangle with Verstappen to finish third.

Pole position: Sebastian Vettel
Race winner: Daniel Ricciardo
Podium finishers: Valtteri Bottas (2nd), Kimi Raikkonen (3rd)
This race was a tale of two Red Bulls, who had completely different results despite being on the same advantageous strategy. The two had pitted for fresh tires under a Safety Car period, which meant the frontrunners on worn rubber were defenseless against them once the race resumed. But while Ricciardo pulled off clean overtakes to take the win, Verstappen made contact with Vettel, scuppering both their chances of finishing on the podium.

Pole position: Sebastian Vettel
Race winner: Lewis Hamilton
Podium finishers: Kimi Raikkonen (2nd), Sergio Perez (3rd)
Summary of Bottas’s season so far: He can’t seem to catch a break. After Ricciardo and Verstappen took each other out of the running and caused a Safety Car, the Mercedes driver was leading with just four laps to go. He kept his cool, too, when Vettel tried to lunge down the inside of Turn 1 at the restart. Barely two minutes later, however, he suffered a race-ending puncture, promoting Hamilton to the lead. The Briton thus seized the lead in the drivers’ title fight for the first time this season.

Pole position: Daniel Ricciardo
Race winner: Daniel Ricciardo
Podium finishers: Sebastian Vettel (2nd), Lewis Hamilton (3rd)
F1’s most glamorous event isn’t the most exciting one for us fans, because Monaco’s tight, twisty street circuit hardly allows any overtaking to happen. That’s just fine for Ricciardo, though, who managed to resist Vettel’s passing attempts despite nursing an engine issue. He said his win was “two years in the making,” after he failed to convert his 2016 pole here to victory.

Pole position: Sebastian Vettel
Race winner: Sebastian Vettel
Podium finishers: Valtteri Bottas (2nd), Max Verstappen (3rd)
Not the most action-packed GP, especially compared with some of the races we’ve had this season. Vettel accomplished a textbook drive to win from pole, while reliability issues dropped Hamilton to a P5 finish. The two swap positions in the title race once more, with Vettel now leading by a single point.

Pole position: Lewis Hamilton
Race winner: Lewis Hamilton
Podium finishers: Max Verstappen (2nd), Kimi Raikkonen (3rd)
Where Vettel mucked up the opening corners and hit Bottas, Hamilton took off without any incident, ceding the lead to Raikkonen only for a few laps when he made his pit stop ahead of the Finn. Incidentally, Raikkonen began a run of consecutive podium finishes at this event, making him the more consistent Ferrari points scorer in the last five races before the summer break.

Pole position: Valtteri Bottas
Race winner: Max Verstappen
Podium finishers: Kimi Raikkonen (2nd), Sebastian Vettel (3rd)
The second race of the F1 triple-header—as in three races for three weekends running—was catastrophic for Mercedes, with a double-retirement causing the team to lose the lead in both the drivers’ and constructors’ championships. Verstappen took over at the front of the pack, delivering a home win for Red Bull in Spielberg ahead of the two Ferraris.

Pole position: Lewis Hamilton
Race winner: Sebastian Vettel
Podium finishers: Lewis Hamilton (2nd), Kimi Raikkonen (3rd)
For the second time in three races, a Ferrari tapped a Mercedes at the start of a race, prompting Hamilton to describe the incidents as “interesting tactics” (to be fair, he retracted the statement a day later). The Scuderia’s race-winning tactic, actually, was to pit both cars for new tires when the Safety Car came out on lap 32. Bottas, who had stayed out on old tires, inherited the lead from Vettel, but the German made a bold move to reclaim P1 from the Finn with just a handful of laps to go.

Pole position: Sebastian Vettel
Race winner: Lewis Hamilton
Podium finishers: Valtteri Bottas (2nd), Kimi Raikkonen (3rd)
We really should have more rain during race weekends: It keeps strategists on edge, and sends F1 drivers—even former champions like Vettel—sliding off the track and into the barriers. That mistake ended the Ferrari driver’s race, and could well be one of the factors that lose him the 2018 title. Decisive strategy calls and a strong recovery drive enabled Hamilton to win after starting from P14, though a post-race investigation (for suddenly crossing back out to the track from the pit entry) briefly put his victory in question. He left Germany with a championship lead of 17 points.

Pole position: Lewis Hamilton
Race winner: Lewis Hamilton
Podium finishers: Sebastian Vettel (2nd), Kimi Raikkonen (3rd)
With just nine races left to run after the summer break, Mercedes has seemingly decided to designate Bottas as Hamilton’s ‘wingman,’ as team boss Toto Wolff put it. The Finn literally obstructed Vettel’s plan to catch Hamilton during the last 30 laps of the race—a strategy that had already been compromised by backmarker traffic and a slow pit stop, to begin with. Both Ferraris eventually passed Bottas, but by then, Hamilton was too far ahead to be caught. 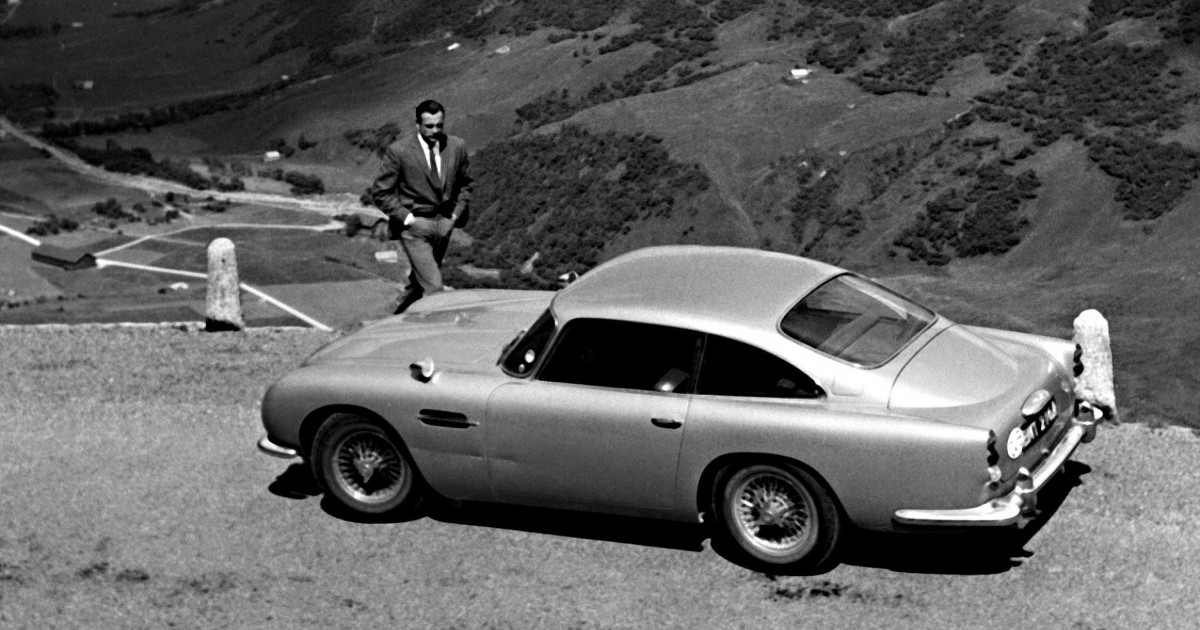 The top 40 greatest movie cars, based on a UK survey
View other articles about:
Read the Story →
This article originally appeared on Topgear.com. Minor edits have been made by the TopGear.com.ph editors.
Share:
Retake this Poll
Quiz Results
Share:
Take this Quiz Again
TGP Rating:
/20