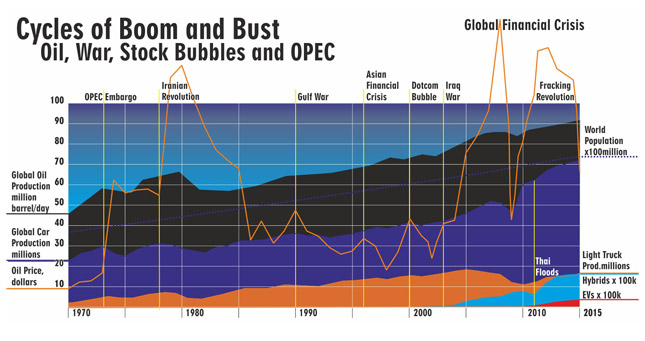 One day, the Chief asked me: “What do low gasoline prices mean for the auto industry?” I was tempted to go with the simple reply: “Better car sales.”

Unfortunately, it's not that simple. In fact, for the past two decades, record-high fuel prices have done little to dent the upward climb of automotive sales. Note that most of 2014's record-breaking sales run, both locally and abroad, took place in a world of $100 per barrel of oil. And that's without any government incentives or tax breaks to spur sales.

In this article, we'll talk about how oil prices and car sales really interact, but first let's look at how oil values affect gasoline prices.

What's in a liter of gasoline?

Figuring out the correct price of gasoline is difficult. Local fuel companies are secretive about their price breakdowns, even if their accounting books are open to scrutiny. This secrecy is understandable. For example, Jollibee is required to publicize its financial statement for tax purposes, but you can't force it to reveal the pricing formula for a two-piece Chickenjoy to competitors.

For example, if a barrel of refined gasoline on the MOPS cost $66 two weeks ago, you divide that by 119.24 liters per barrel to arrive at a price of $0.55, or around P24 per liter. But there's more to the cost of gasoline than that, here’s a sample breakdown:

The price will, of course, vary, and companies will sometimes lower profit margins to keep prices low. You'll notice that the total markup is more akin to a sari-sari store than a fast-food chain. How do they make so much money then? The answer is simple: volume. When you're selling billions of liters of fuel a year, it all adds up.

More important, over 22% of the pricing consists of taxes, while over 55% of the final price is determined by the raw material used in making gasoline: oil. As the price of crude and MOPS go up and down, so does the price of gasoline. But don't expect it to happen right away. If you're curious about what you might be paying for in the next two weeks, look up the numbers for MOPS rather than rely on newspaper headlines about oil prices.

The oil yo-yo and the car industry

Intuitively, we understand that high fuel prices should be bad for car sales. But historically, car sales and, incidentally, oil consumption have been relatively unaffected by oil prices. This is because the demand for both is relatively inelastic. In economic terms, “elasticity” means that demand changes with price. The demand for oil and cars, however, is constantly growing with the population.

After the World War II, massive rebuilding in Europe and Asia, coupled with rapid industrialization, created a big demand for oil. Millions of soldiers returning from war were having millions of babies. This was the start of the post-WWII baby boom. As baby boomers became adults and entered the workforce, the car market surged, doubling in a little over a decade. It was a revolution in personal transport and energy fueled by cheap oil from American and Saudi Arabian wells.

Growth came grinding to a halt, however, with the 1973 OPEC (Organization of the Petroleum Exporting Countries) oil embargo. OPEC wrested control of the oil market from Western refiners by cutting supplies. Political tensions with Israel and the US caused oil prices to quadruple. Coupled with the depletion of America's traditional oil wells, this led to gasoline rationing and a drop in automobile sales. Despite a short uptick in sales after the embargo, the Iranian revolution caused further supply disruption, sending oil prices soaring and triggering a recession that sent oil and car production plummeting.

The death of the American automobile

The inability of American automakers to cope with gasoline shortages led to a virtual takeover of the market by Japanese manufacturers in the ’80s. With their smaller, more efficient vehicle models, Japanese brands gained a major foothold in the west. The US only recovered by mimicking and, eventually, buying into the Japanese model.

Over the next few decades, oil prices remained relatively low, rising and falling with the economy. At this point, OPEC had little control over prices, as non-OPEC producers like Russia helped meet demand. Whether prices went up or down, oil and car production simply grew with the population over the next few decades. Oil simply became a traded commodity for investors to gamble on, buying and reselling it as the price went up and down.

The Philippine market in the doldrums

Our local car market saw its own setbacks over the decades. During the Marcos regime, there was an effort to create a strong Philippine auto industry through foreign tie-ups, but it had largely failed by the early ’80s. Bankrupt local companies were bought out by their foreign partners, and some of those partners eventually left. Marcos protectionism, cronyism and unrealistic project goals made for a sheltered, inefficient and uncompetitive industry.

It was only by the ’90s that our car market saw resurgence on the back of rising incomes and an electronics industry revolution that created a new pool of local car buyers. But it was a short-lived one, as the Asian Financial Crisis saw car sales cut in half as Philippine workers lost both jobs and income. It wouldn't be until the middle of the next decade that car sales would start recovering in earnest, as overseas worker remittances and the rise of business process outsourcing (read: call centers) lifted the economy once again.

Global growth, on the other hand, was rebounding with the Chinese miracle, as tens of millions of Chinese found themselves lifted from near-poverty, and elevated to middle-class affluence. Suddenly, a huge new, untapped market opened up for motor vehicles. Oil was in such huge demand in China that global oil prices doubled. Oil producers simply couldn't keep up with China's insatiable thirst for oil. Still, global car sales kept growing.

But trouble was brewing on the horizon, even then. 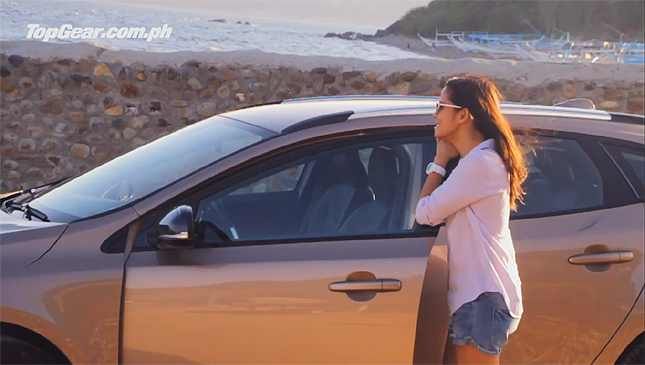 Video: We drive the Volvo V40 Cross Country to an Instagram-worthy resort
View other articles about:
Recommended Videos
Read the Story →
This article originally appeared on Topgear.com. Minor edits have been made by the TopGear.com.ph editors.
Share:
Retake this Poll
Quiz Results
Share:
Take this Quiz Again
TGP Rating:
/20