The McLaren F1 isn’t perfect—here are its flaws, according to Gordon Murray

The designer names eight things he hates about the car
by Vijay Pattni | Aug 8, 2020

Some things in life are universally accepted as the truth. Pineapple is an unacceptable pizza topping, for example. Christian Bale played the best on-screen Batman. The McLaren F1 is perfect. Of these things, there can be no argument.

We don’t know Gordon Murray’s pizza preferences, or his take on Bale’s raspy performance, but where he differs is his take on the F1. The car he designed and engineered. Because he doesn’t think it’s perfect.

Now, he doesn’t hate it. But there are some things which bothered him so much, he built a brand new £2.36-million hypercar—the T.50—just to rectify them. Here then, are the things he didn’t like on the F1. Our guess is once you see them through Murray’s eyes, you will likely never unsee them.

1) The rear spine is too wide. 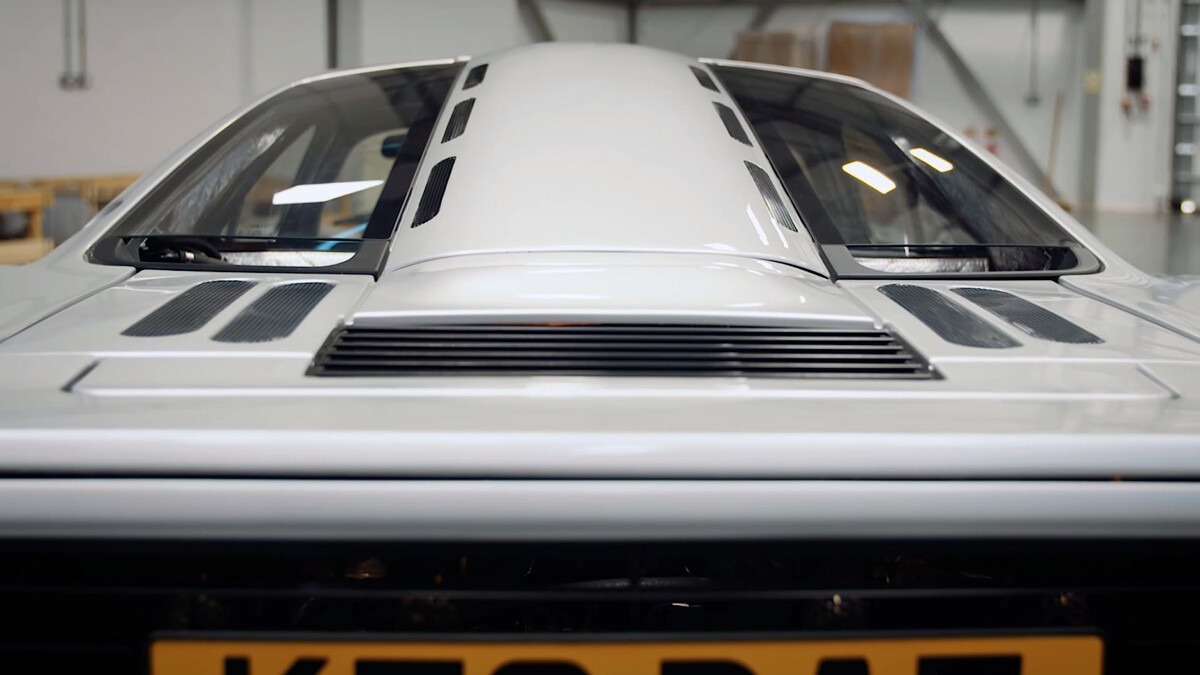 “They fall into various categories,” Murray told Top Gear about the things he doesn’t like about the F1. Categories. Sheesh.

First up is the way it looks. “The one that drives me insane every time I see one is the [rear] spine’s too wide for the width of the car,” he said. Imagine coming up behind an F1 in traffic and the width of its spine being your first thought. 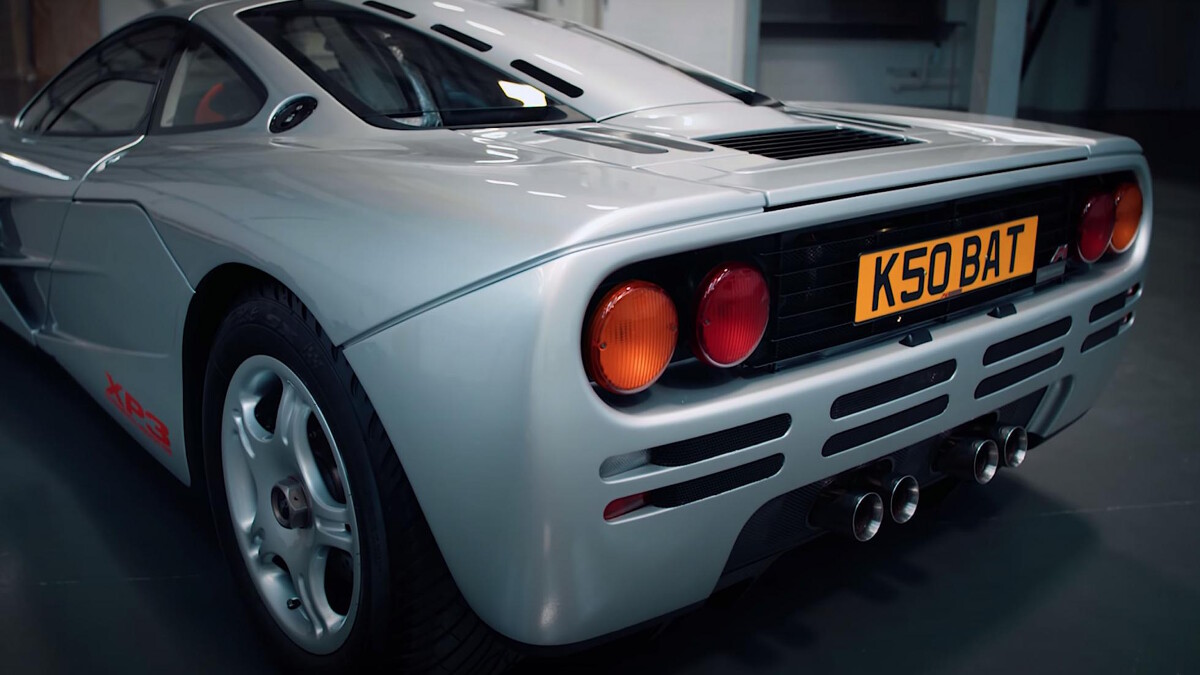 Murray points to ’90s manufacturing processes, and the inability to change things too dramatically. “In those days, we worked in clay,” he told us, “and we signed off in clay. Next time you saw it, it was cut out of tooling block, and when you get to that stage, you can really only move highlights a little bit, but you can’t change it.”

What was so offensive to Gord about the rear deck? “I wanted a bit more shape across the rear deck, and it just came out a bit flat. We’ve only got this little crease here,” he said, pointing to the rear wheel arch. “I wanted it to be a bit more muscular.”

3) The headlights are rubbish. 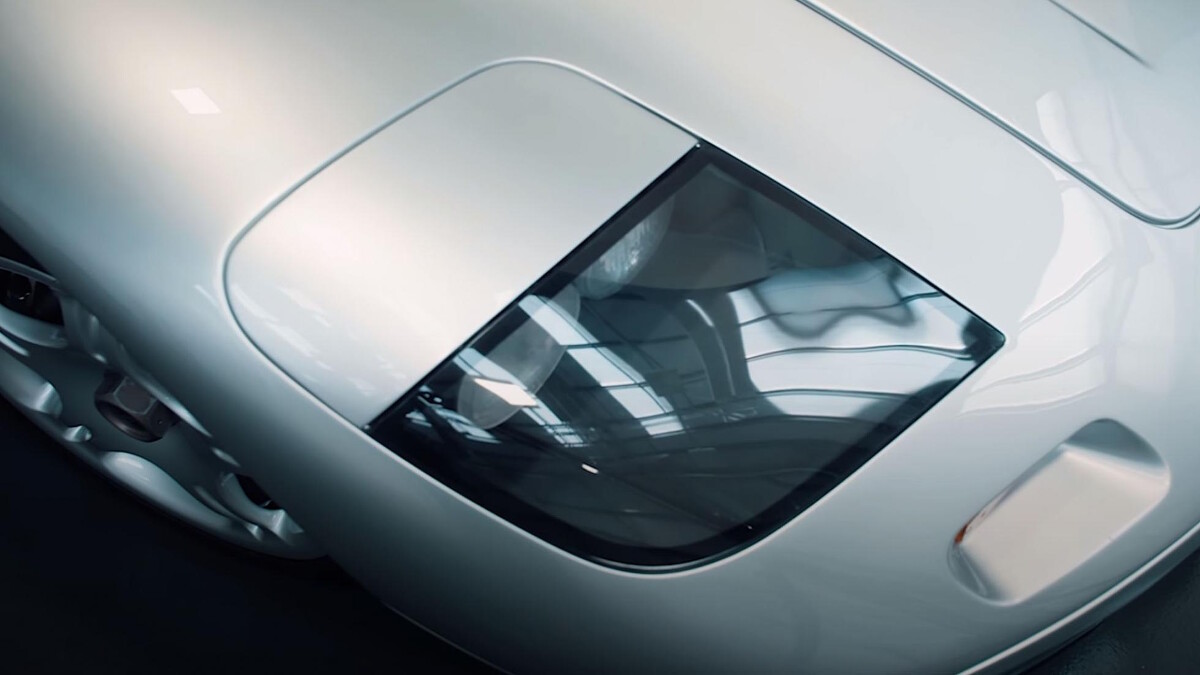 Not our words, but Murray’s own actual words. “There were certain things on the F1 that were rubbish, really. The headlamps were like glow worms in a jar.” Ouchy.

Surely, though, that was just the technology of the day? “It wasn’t just that. To save money, I just bought standard lamp units. The rear ones were off an Iveco truck. The front ones were Halfords, or something. You couldn’t see anything over 100mph (160kph).”

We don’t need to remind you of the McLaren F1’s top speed, which is considerably more than that.

“The aircon didn’t work, at all, for two reasons,” he said. “One was that the compressor on the engine had to survive at 8,000rpm, so in idle, it wasn’t doing very much.

“But one the thing I got wrong was the cabin exit air, which comes out of here,” he added, pointing to the rear of the roof. “The exit valve is probably a third of the cross-sectional area it needs to be. I just couldn’t fit a bigger one it.”

5) The brakes have an annoying squeak. 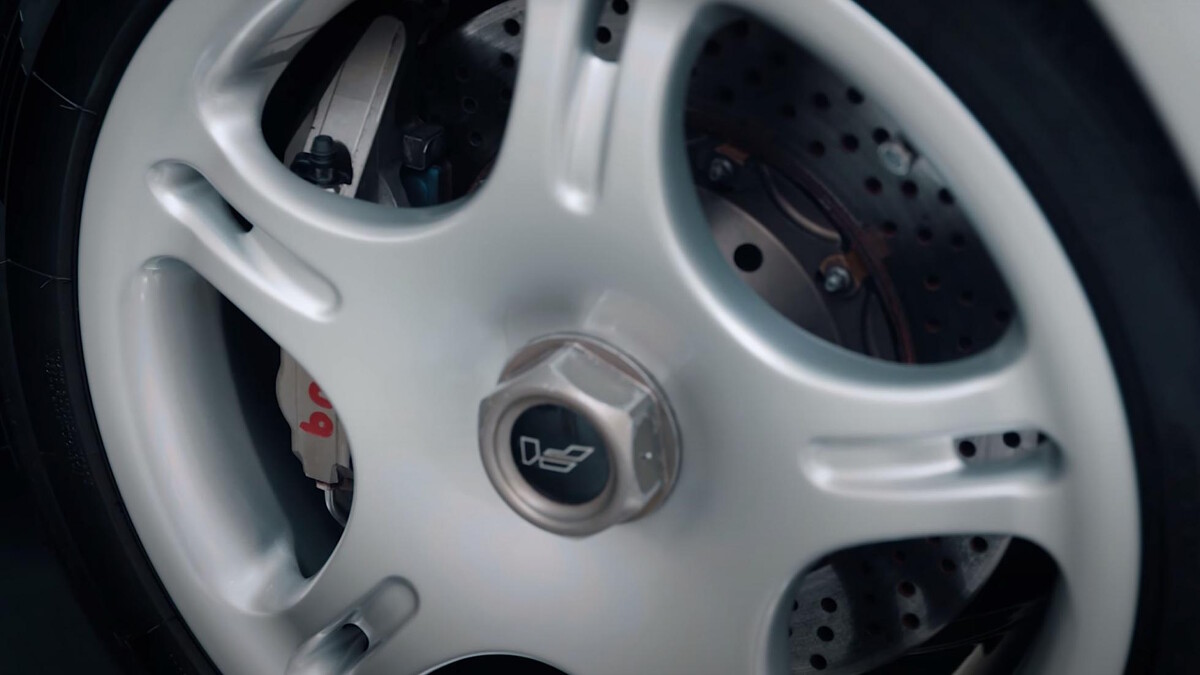 We’re getting deep now. “The brakes were...okay,” he conceded. “They had good modulation, but you had to push quite hard, and the reason for that is you have to sign the car off with repeated stops from 90% Vmax, which in our case was over 200mph (322kph).” We defy you to find a better humblebrag on the Internet today.

Anyway. Powerful brakes mean harder pads. “They annoyingly squeak all the time,” he said. “Although that becomes a bit of an ‘F1 thing’ if you own one. You want the brakes to squeak.

“If we put softer pads in, it wouldn’t have been legal, but the brake pedal would have felt a lot better and the performance would have been a lot better.” Nah, we’re good with squeaking, thanks. 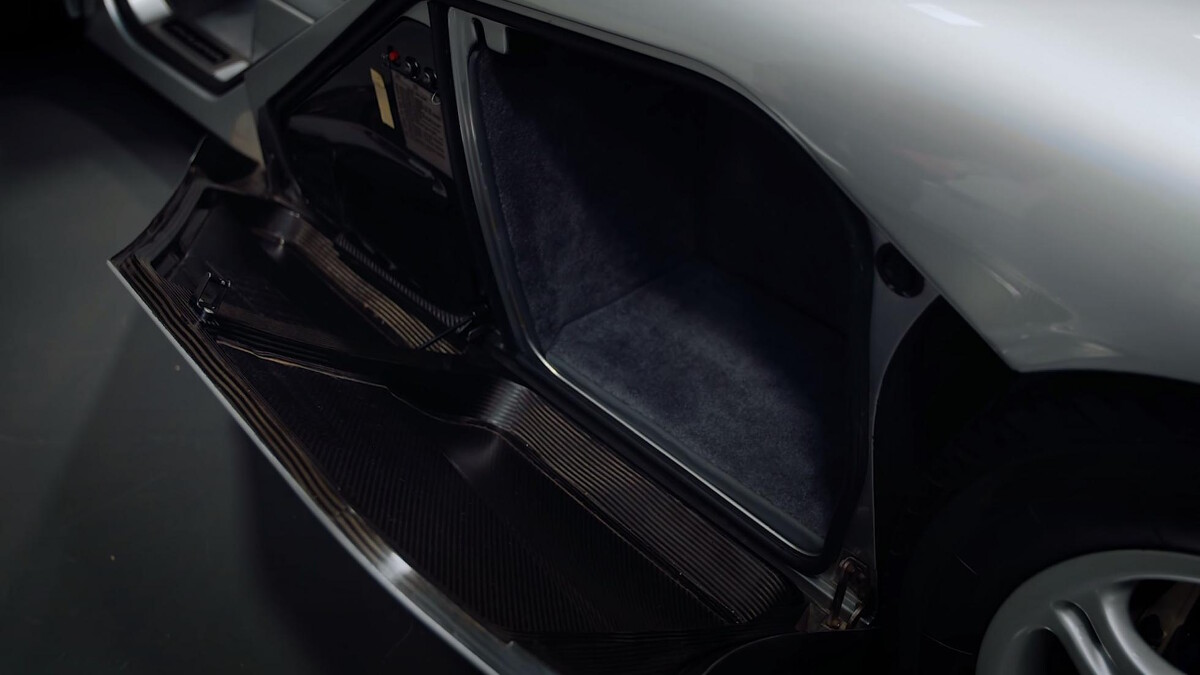 “This pops out against your leg,” he said, pointing to the area behind the door. “It’s hinged along the bottom line, and fitting the suitcases in through that triangle was always a bit of a pain, to be honest. The interior stowage wasn’t enough, really, for a proper GT motor car.” There you have it, folks: The world’s greatest supercar wasn’t practical enough.

7) Owners hated having to change the clutch. 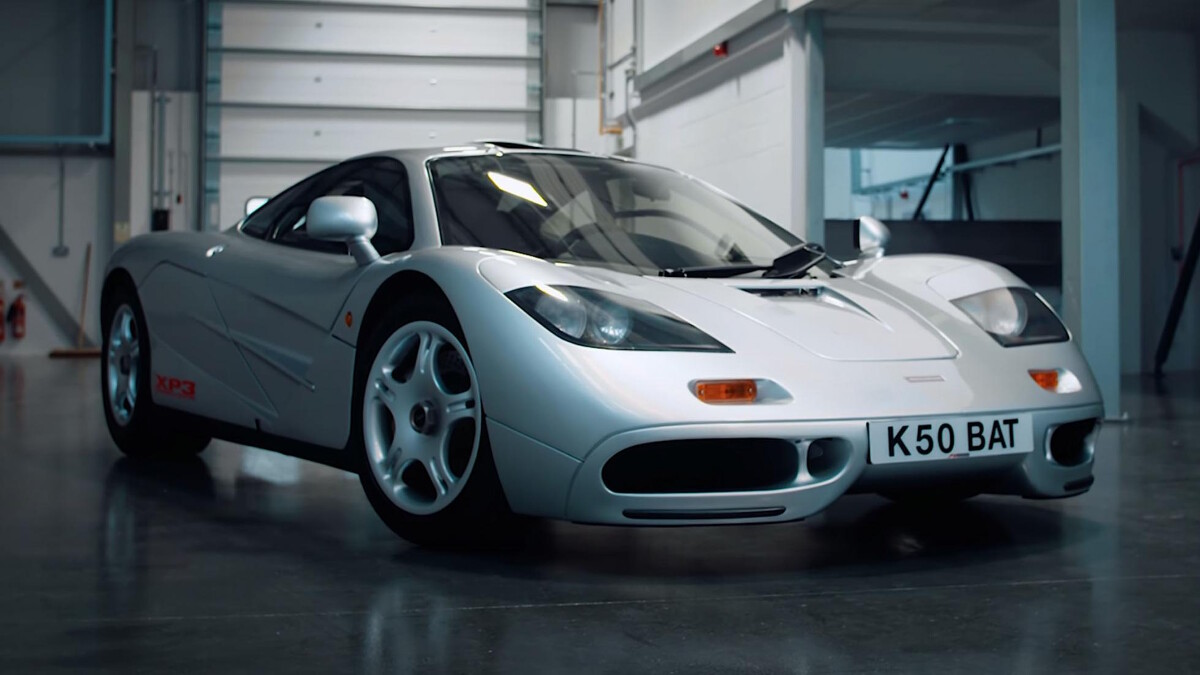 “On the maintenance side, the clutch needed adjusting—depending on how good or bad a driver you were—every five to 15,000 miles (24,140km), which owners hated,” he said.

Depending on how good or bad a driver you were. Burn.

8) The fuel tank bag was a big mistake. 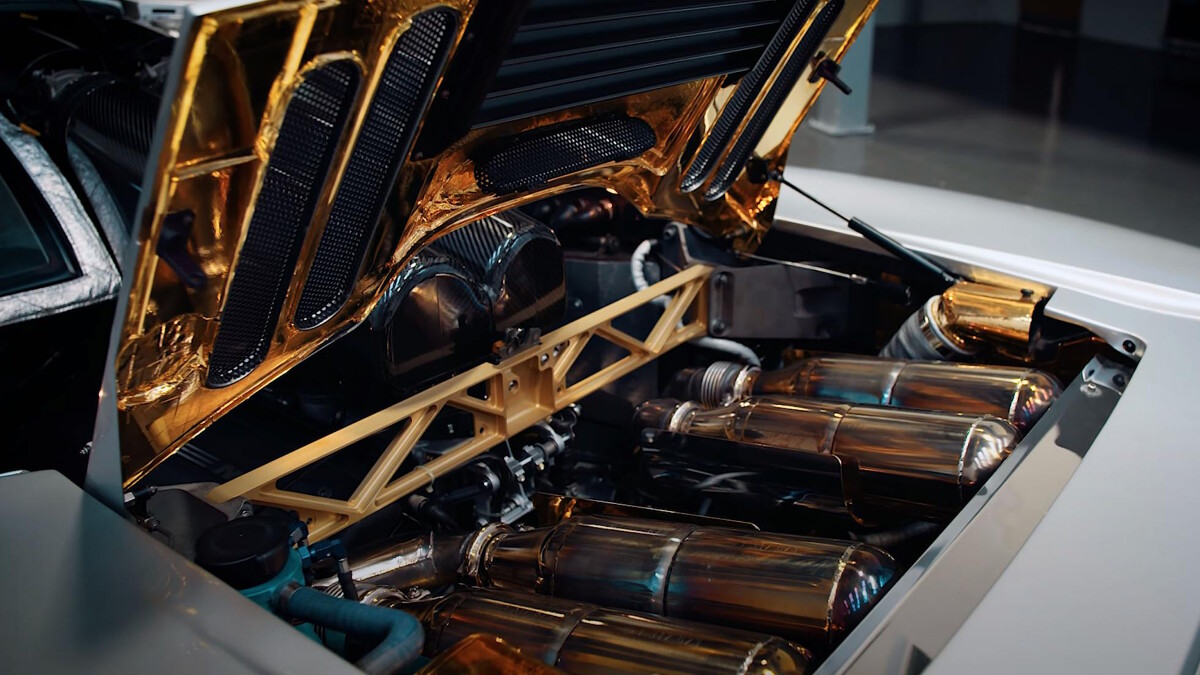 “The fuel tank was a bag tank, which was a big mistake,” admitted Murray, “because every five years, you had to take the bag out, which meant engine out.” That does sound like a faff. Especially when it’s a 6.1-liter BMW V12 (not a small engine) fitted into a tightly packed, gold-lined engine bay.

“All those things just stuck in my head, and just sat there as a list, and I knew if I did another one, one day I could fix them all.” Yes, folks—Gordon Murray once made a list no doubt titled ‘things that are crap about the McLaren F1,’ and it has been sitting in his drawer for all this time. Imagine the anxiety!

Thankfully, the T.50 claims to mend all of these problems, which is good, because—genuinely—we suspect Mr .Murray will be sleeping a lot better these days. And if you have an F1 and these flaws have put you off, we will be delighted to take it off your hands for a bargain price. 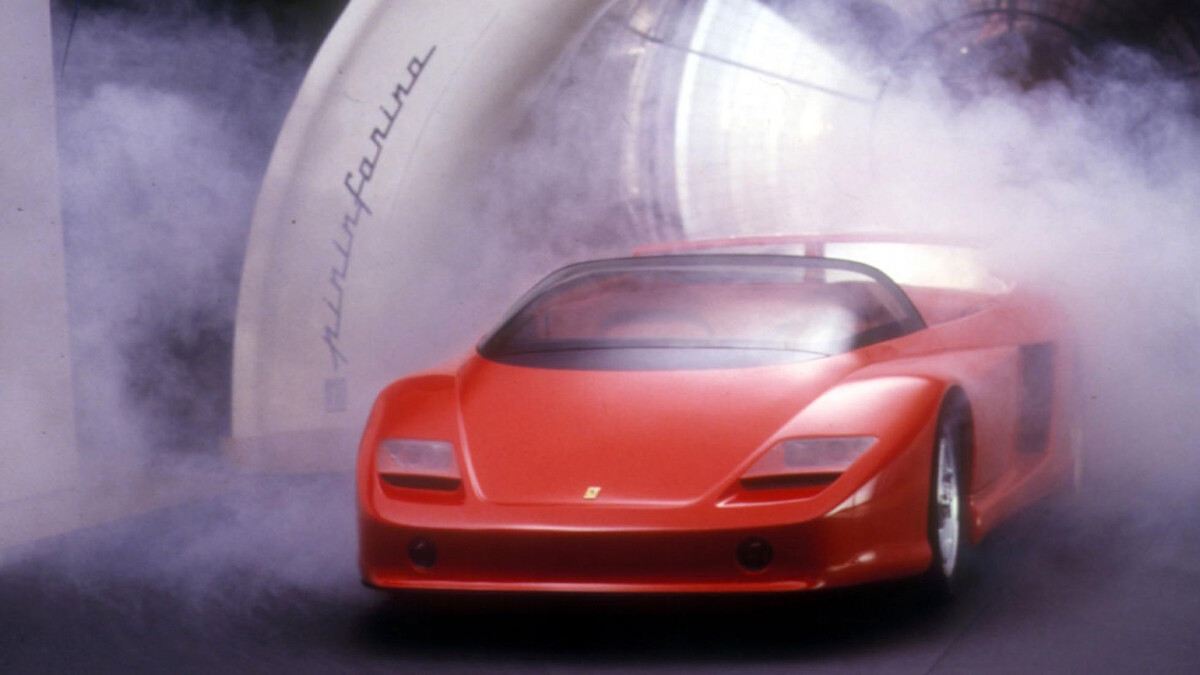 Which of these ’80s supercar concepts should’ve made production?
View other articles about:
Read the Story →
This article originally appeared on Topgear.com. Minor edits have been made by the TopGear.com.ph editors.
Share:
Retake this Poll
Quiz Results
Share:
Take this Quiz Again
TGP Rating:
/20