What flooding was like in PH back in the day

Like it or not, typhoons and floods are here to stay. Our country—aside from being situated in a region surrounded by earthquake faults as well as active and dormant volcanoes—sits astride a typhoon belt area that produces monsoon rains and typhoons yearly. And of late, local floods are getting terrible as they come.

Floods have been reported and documented in the Philippines from quite early on. Picture postcards printed in the 1900s recorded scenes of flooding in Manila and its environs. Early known places that were periodically flooded during the rainy months (July to October) were the low-lying districts of Santa Cruz, Quiapo, and Tondo, among others.

The effects on the community at the time were not that bad; in many instances, the flood level was either ankle- or knee-deep only. Various animal-drawn carriages could still cross the streets to transport people and goods from one place to another. Owners immediately commenced cleaning or fixing their houses as floodwaters began to ebb.

Early instances of flooding were also not a major issue among motorists. There were less than 200 cars and trucks registered in 1915. Animal-drawn carriages and cats abounded in Manila and neighboring municipalities. While the use of motorized vehicles had grown exponentially by the ’30s, submerged areas were still few and floodwater levels were still low. Canals were still functioning properly, and constriction of excess water flow toward the mouth of Manila Bay was not yet an issue. There were no shanties along esteros, and the city flood control and sewage machines were functional.

The flooding experienced in Manila remained tolerable until the late ’60s. However, everything changed drastically as the ’70s arrived.

Also known as the ‘Great Flood’ of 1972, the flooding of greater Manila and other provinces in Central Luzon was caused by four successive typhoons that arrived from the second week of July to the first week of August. Typhoons Edeng, Gloring, Isang, and Huaning made landfall for weeks, and as the rains continued unabated, floods became wider in extent and deeper in height.

Greater Manila, Bulacan, Pampanga, Tarlac, and Pangasinan were inundated for more than a month or so. Then President Ferdinand Marcos, while observing the magnitude of the flooding from a helicopter, remarked: “For the first time, the waters of Manila Bay linked up with those of Lingayen Gulf...”

The disastrous incident brought land transportation in Northern Luzon to a halt. People were stranded and vehicles were submerged. Water levels even reached rooftops of residential houses everywhere. Banca operators made a killing—many were hired to transport people and relief goods for more than a month. This sort of calamity had not been experienced in previous decades, and superstitious persons said the incident served as a punishment to Filipinos. Prior to the great flood, someone had stolen the Santo Niño displayed on the main altar of Tondo Church in Manila.

The 1972 flood can be considered an early wake-up call for everyone to be prepared at all times. There was a great shortage of food, drinking water, and medicine. A rice shortage ensued in 1973. Supply became so limited that sellers had to mix corn kernels with rice granules as extenders.

On September 26, 2009, came the worst incident of flooding ever to hit Luzon. Nonstop heavy rain overnight surpassed the amount of rainfall normally accrued over a month, affecting not only a great part of Metro Manila, but also many provinces in Northern and Southern Luzon.

As the situation worsened, the National Power Corporation’s Flood Forecasting and Warning System division released stored water from Angat Dam at a rate of 500 cubic meters per second—with no warning at all. It caused rapid flooding everywhere. Rivers, canals, streams, and dikes instantaneously overflowed; roads, bridges, open fields, houses, and other structures were submerged for days. Thousands upon thousands of vehicles either went underwater or floated around.

Another recent incident that will long be remembered is Typhoon Yolanda, which created a large volume of water surge into Tacloban City on the morning of November 8, 2013. The city was devastated, as a result. The incident killed or injured thousands of people and destroyed large sections of the city. In a day, entire families drowned, houses and vehicles were washed away, and boats and even commercial ships were washed ashore.

In passing, Tacloban had earlier experienced a water surge in the 1900s, but the damage it caused was minimal. Few nipa houses were in place, and most occupants were likely fisherfolk who were used to combating water incidents like high tide.

Today, with widespread climate changes caused by global warming, we are experiencing more unexpected floods and water surges regardless of the season. Even monsoon rains are causing floods to happen anytime. Tornadoes and hurricanes also cause inland water surges, and earthquakes trigger tsunamis along shorelines.

Likewise, bad urban planning and development made by greedy and irresponsible businessmen, developers, architects, engineers, concessioners, and government officials is aggravating the problem. Certain areas in highly urbanized cities and municipalities get flooded after only a few minutes of rain. Highlands are now also compromised. Baguio City, including Burnham Park, is experiencing frequent inundations and land slides.

Since Ondoy and Yolanda, car buyers’ vehicles of choice have drastically changed. Many have been acquiring either a heavy-duty pickup or an SUV, whether as brand-new or secondhand units. Local competition for such vehicles is so great now that many dealers are highlighting the water-wading capabilities of their offerings. Buyers with limited budgets, meanwhile, opt for crossovers, which provide some of the capabilities of their heavy-duty counterparts.

Elsewhere in the world, floods are also happening in unusual places like North America (Canada, USA) and Europe (Germany, Switzerland). Still, there are more recorded incidents in South America and Asia. So, where do we go from here? What transport solutions and could be explored by carmakers?

If I were connected with the marketing department of a vehicle manufacturer, I would recommend to the board that they introduce the best alternative vehicles for flooding—affordable amphibious vehicles for the family. Current amphibious vehicles are huge, military-type vehicles that are not normally available to civilian consumers. Even as surplus units, they are still very expensive to acquire. An ensuing problem would be sourcing parts for maintenance.

During World War II, Volkswagen and the American military-jeep makers (Ford and Bantam) offered small amphibious vehicles that could carry at least five passengers. Amphicar of West Germany introduced a civilian or car-like version from 1961 to 1968. Today, one in mint condition is an expensive collectible that could cost around $57,000 (P2.9 million).

Car manufacturers with the resources and brains for it could consider designing and developing practical, mass-market amphibious cars. A retro-style version from Volkswagen could be an interesting prospect, for example. And for sure, there will be many consumers who would be interested in such vehicles. 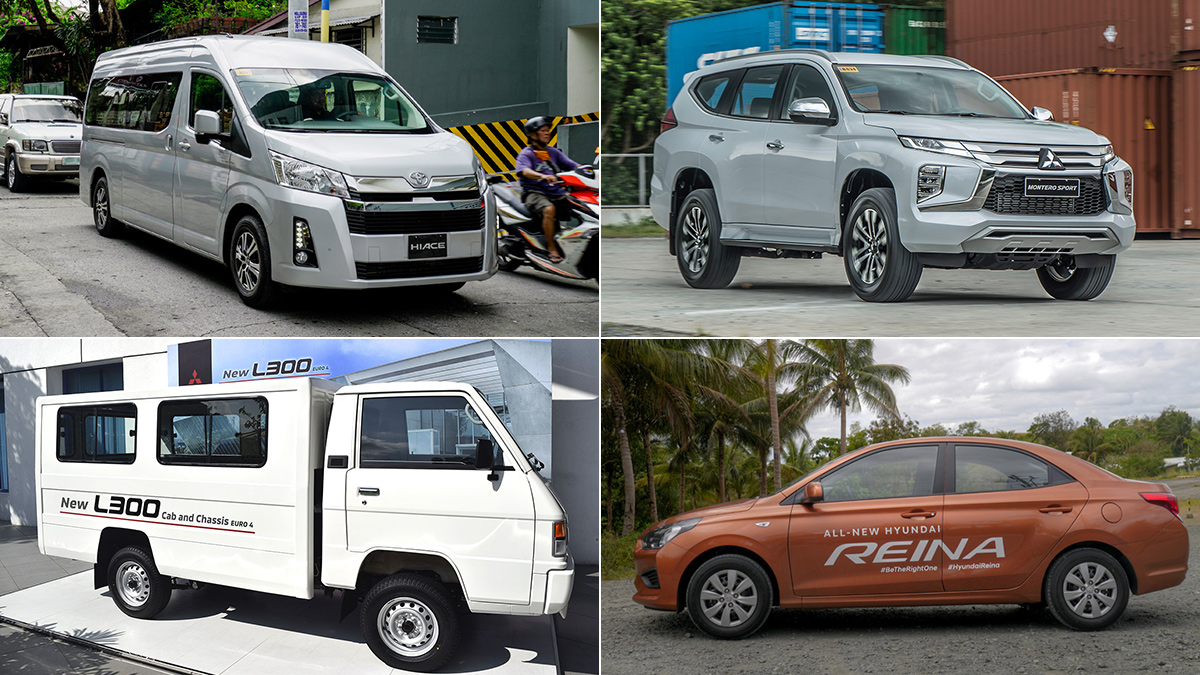 The 10 most popular Philippine car launches of 2019
View other articles about:
Read the Story →
This article originally appeared on Topgear.com. Minor edits have been made by the TopGear.com.ph editors.
Share:
Retake this Poll
Quiz Results
Share:
Take this Quiz Again
TGP Rating:
/20