Horacio Pagani wants to do more than just design cars

Downstairs, Mr Pagani arrives in his striped Ferrari F12tdf, and parks it straight outside the sliding doors. He crosses the atrium, shaking hands with awestruck visitors and posing for a selfie or two with young fans making the pilgrimage to the museum, featuring a timeline of his life story and a mouth-watering collection of Zondas.

After grabbing a chilled glass bottle of Coca-Cola from the fridge outside his office, he shakes my hand, sits down ahead of me and gestures at Giulia, Pagani’s press manager and his translator, to begin our conversation.

Horacio, thank you for having us to the home of Pagani Automobili. I’ve just been drooling over your Zonda Barchetta downstairs. Is that really the absolute last Zonda? Would you still create a special, one-off, money-no-object new Zonda, if you were asked? 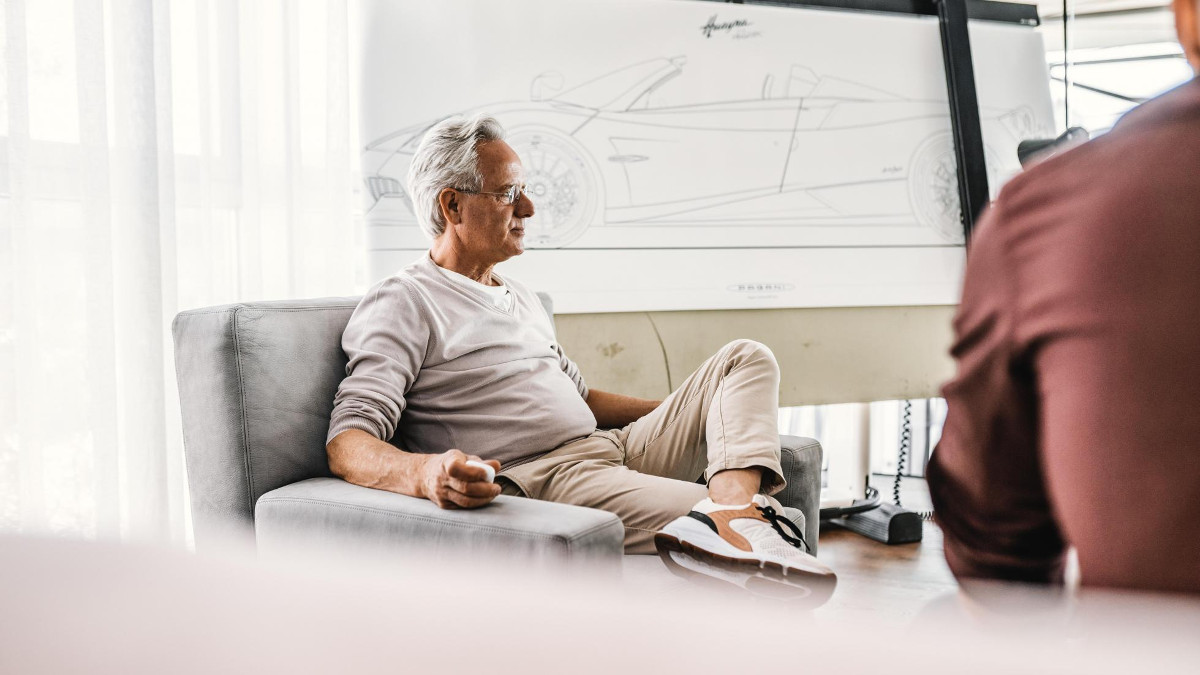 On existing Zondas, if a customer asks, we can do it. But only modifying an existing chassis. One of the latest trends is customers asking for one of the very first original Zonda chassis, to perform some modifications on – and then buying another one to fit their own tastes.

What about the Huayra? Could this live on into the future, with crazy one-off editions?

More often these days, customers request something unique. They don’t want to just own a car to show off, but to express their personal taste. So even now, the era of the unique Huayra has begun. Right now, a customer who owns one of the very first Huayras has been asking to do some special additions, modifying it. We will deliver that in May 2019.

I mean, we’re talking about modifications which can cost $1million, not just a few hundreds or thousands. It’s effectively a new car – and er, very expensive.

This might be like asking you to choose between your sons, Leonardo and Christopher… but do you have a personal favorite, between the Zonda and the Huayra? Is there one model that stands out? 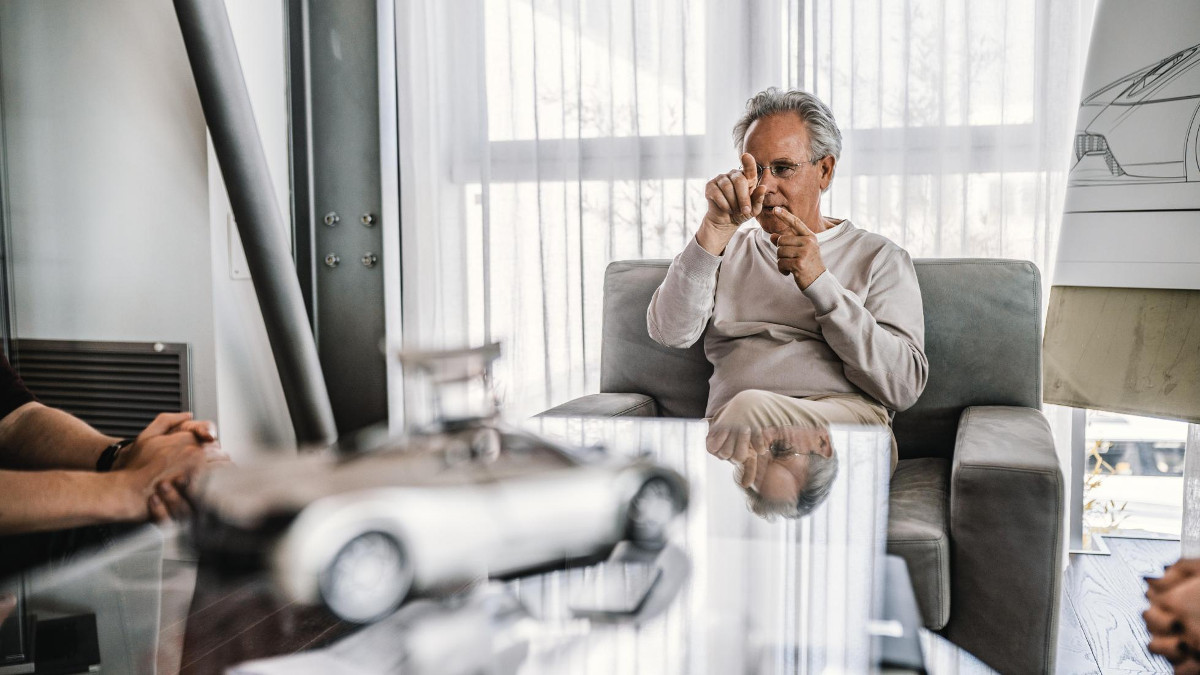 It’s impossible to choose between two children! I feel extremely linked to the Zonda. It has special meaning. It was desired and suffered for, because it represented the beginning of all of this, all of Pagani. It’s like having a son after being told it’s impossible for you to have children. It’s something I achieved with a very low budget, so it’s extremely important in my life.

In terms of engineering quality and R&D, the Huayra goes beyond. The project was developed with a higher budget, and allowed me to fully express myself with detailing, aesthetics, design of every part, and the engineering of the car. The Huayra Roadster is better than anything we’ve done so far, due to the weight: the first roadster to be lighter than the coupe.

The challenges we had to face to develop the Roadster allowed us to go beyond expectation and do something special. All the teams involved, from the electronics to the engine and so on, they all met their own challenges with amazing results.

Do you oversee the spec of every new Pagani, and would you ever say no to a customer’s desires if they were too over the top? 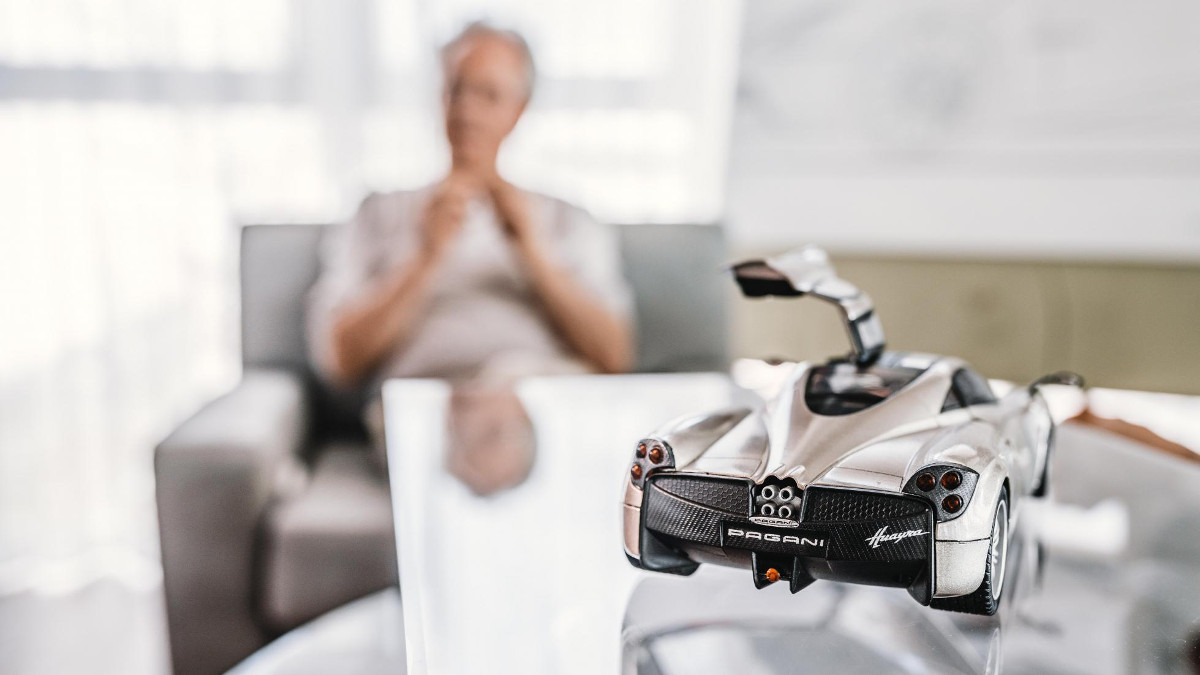 Yes, I would. I have… Normally, the customers are gentle with their spec. They have good taste, and I help them find out what they like. Sometimes the process is very long.

This latest Huayra chassis mod we’ve been speaking about has been talked about since last August. We only froze the project’s design in January 2019. Then it takes a few months for the build and delivery. So the process takes many months. Another great part is played by every aspect and feature needing to be legal and homologated. This can take a huge amount of time.

How often does the ‘average’ owner actually drive their Zonda or Huayra? What’s the highest mileage Pagani out there?

On average, the customers don’t really drive so much. Sometimes, they go up to 2,500km a year. They are collectors so they own many different Paganis, and other supercars: Ferraris, McLarens, Porsches. But there is always that one customer who drives like mad, using the car every day.

Earlier, we were looking around the Zonda R, which once held a Nürburgring lap record (6min 47sec, set in 2010 on slick tires). Does Pagani ever have a desire to go back there and try for another lap time, or does that now belong to Porsche and Lamborghini? 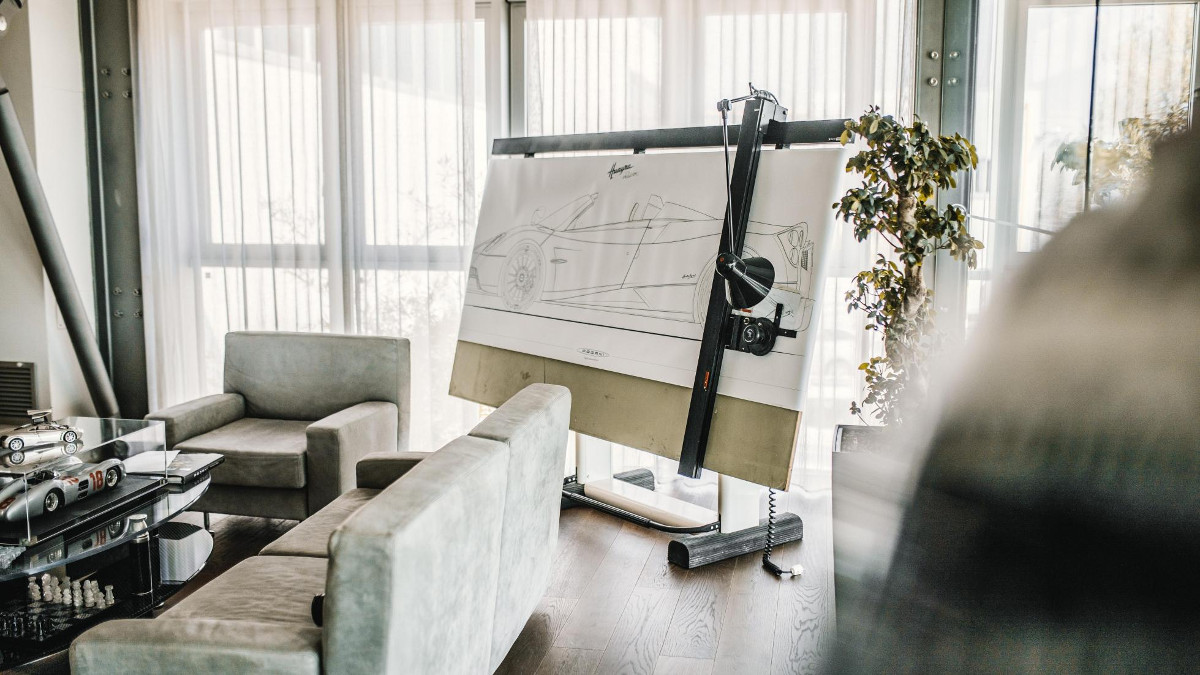 When we sat lap records with the Zonda R, they were by accident. We were going to the circuit to test new parts and develop solutions for the Huayra. The Zonda R was created to test new technologies for the Huayra, and during the test, after a few minutes, it happened to be faster than the Ferrari 599XX – the production-derived record holder at the time.

These days, we are speed-limiting all our cars. We have lots of track tests planned over the next few months, especially with Pirelli. So, it may happen that we go to a circuit and we find we’re able to set a lap record, but it’s not something we are deliberately looking to do.

Where do you do your new car testing – are you really setting up your extreme supercars on the roads around the factory? 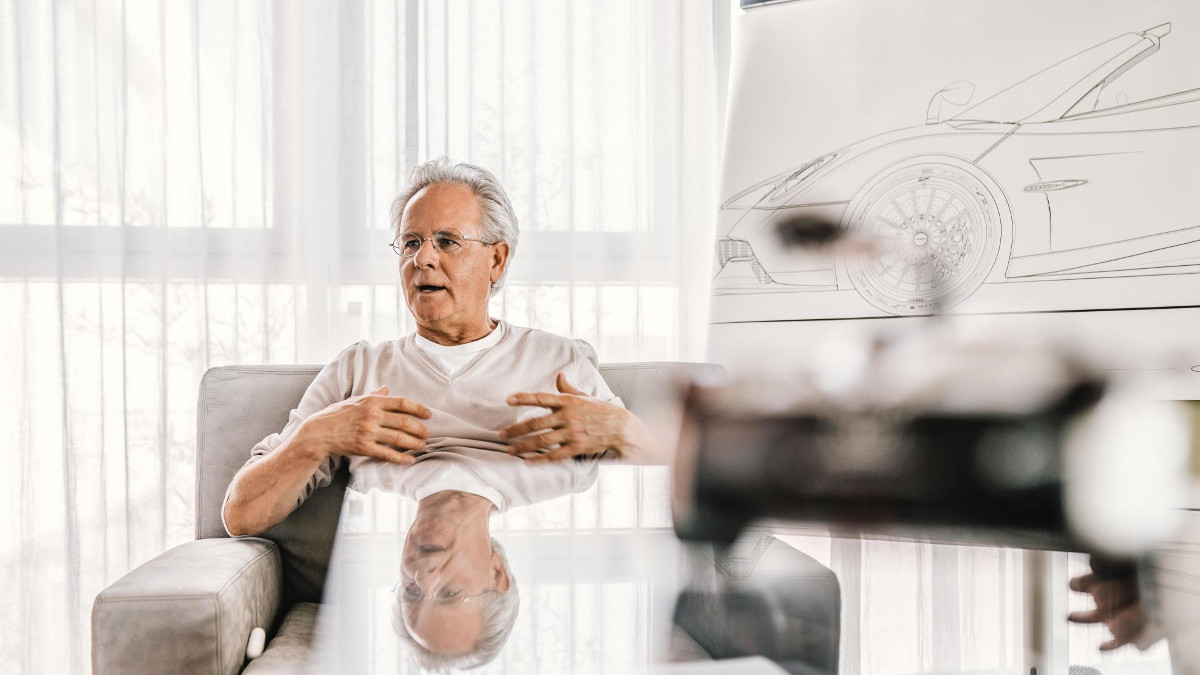 For the new Huayra BC Roadster, we have seven prototypes. We have a couple at the factory, two are at Bosch at Germany at a private circuit which is not public. It’s strictly forbidden! The other two are at Mercedes-AMG in Germany for testing and development.

When we test prototypes on the road, people are always taking pictures, so we put the new engines, and so on under the body of a standard Huayra coupe.

In Geneva, you told us of the electric Pagani coming in 2024, and how your customers are saying “don’t do it.” Why build it, in that case? Why is it necessary? 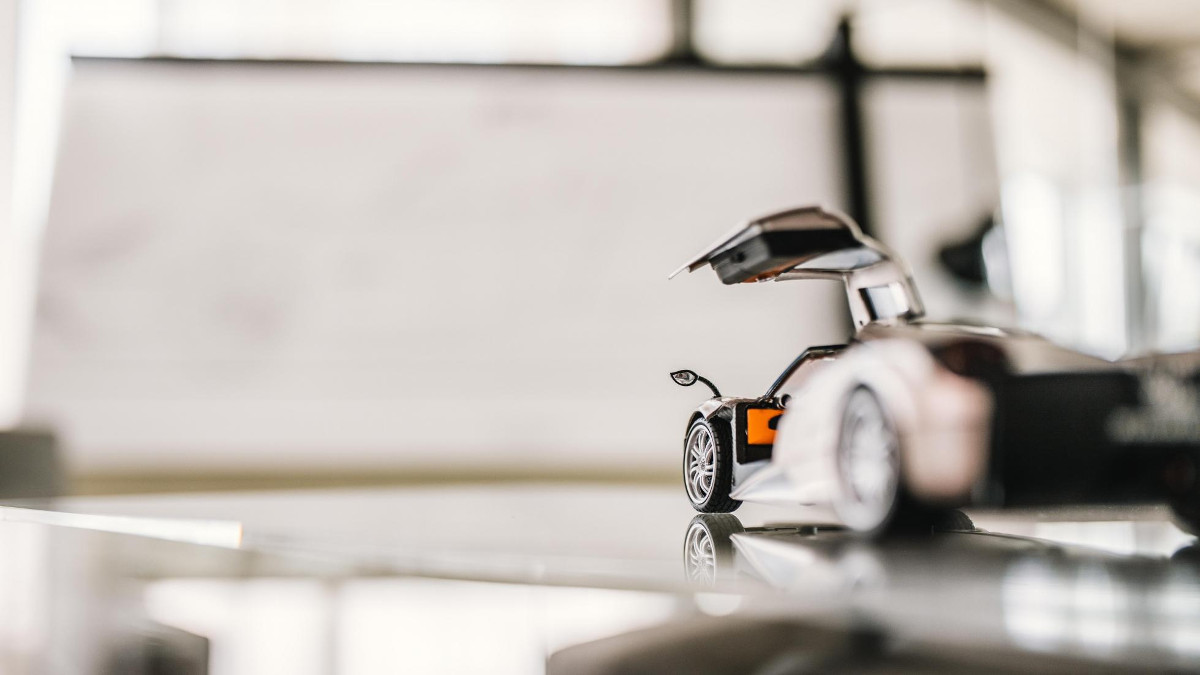 It’s just life. Every car manufacturer must do things that are not expected. Christopher Columbus would never have discovered America if he had not sailed so far away from home and gone into the unknown. You have to face the unexpected, and think ahead of the short term. We have to face new challenges.

Speaking of looking to the future – and not meaning to sound rude – the next five years will be very busy for Pagani, with a new Huayra replacement in 2021 and the electric hypercar in 2024.

After then, do you see yourself winding down? Do you ever see yourself retiring, or is this your job and home for life? 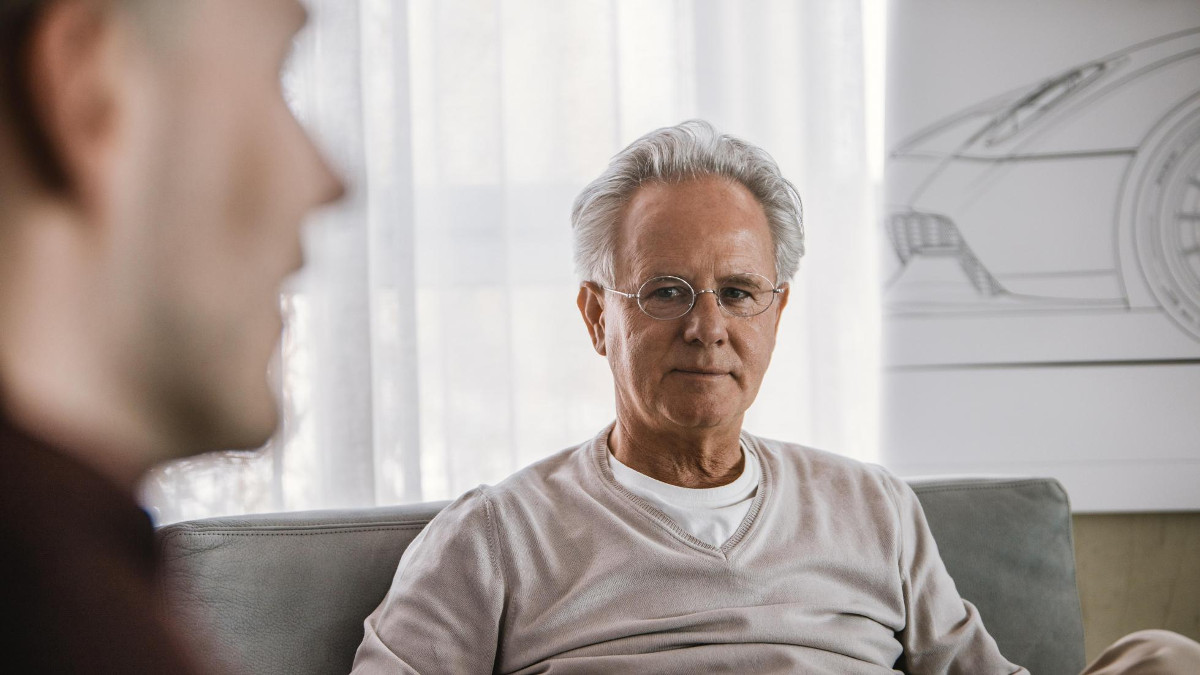 Well, there is a huge difference between what I would like to do and what I must do! I live nearby the factory and basically, there are some days when I would just like to stay at home with my dogs, enjoy the countryside and go out for a cycle. But then, I have to come to work, because I have a big role in the factory.

I’m working on putting together a team capable of taking on the company, a team that’s getting more and more independent in terms of design, engineering, communications. Now, one of my greatest responsibilities is to build the conditions for the company continuing on its own. I must face this responsibility, for all the people working in the company and all our customers, and everyone involved with the Pagani brand.

I’ve got so many projects now, in my mind. I’ll be working until 2025, to conclude the projects I have open – I don’t like unfinished projects. For example, when I was 12 years old I made a toy car, carved with wood. Now I want to make a real car based on this model, and I don’t want to stop working until this project is realized. 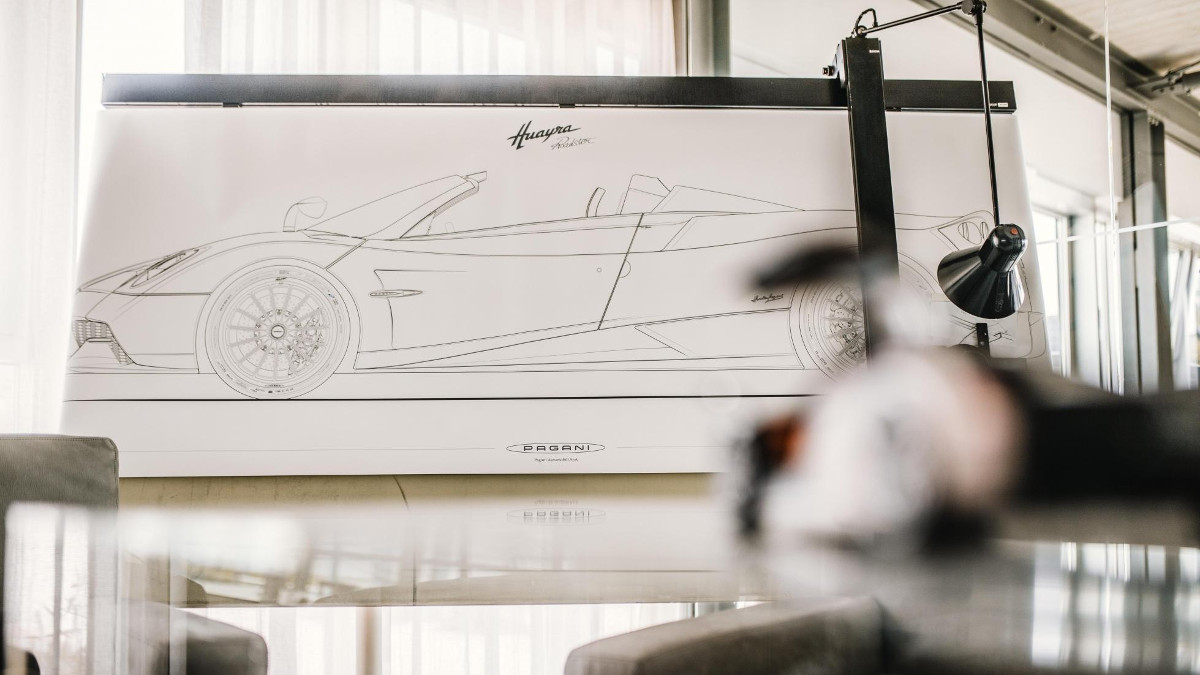 Then I’m thinking of designing a collection of ladies’ handbags. I also like to study the life of Leonardo da Vinci, so I’m planning to spend more time in Milan, because that’s where da Vinci really expressed himself in terms of art and engineering.

A few days ago, I discovered macro pictures from microscopes. I saw this very expensive microscope - about $200,000 – that allows you to see inside every cell in the human body, in the blood. It allows you to see if there’s anything wrong in every single blood cell – even if there is cancer growing in each cell.

I’m fascinated by this technology. I’m thinking of buying this microscope and launching a new research space here somewhere. Something completely different from the car industry. This really fires my imagination.

Thank you for your time, Horacio. We hope you don’t retire just yet. 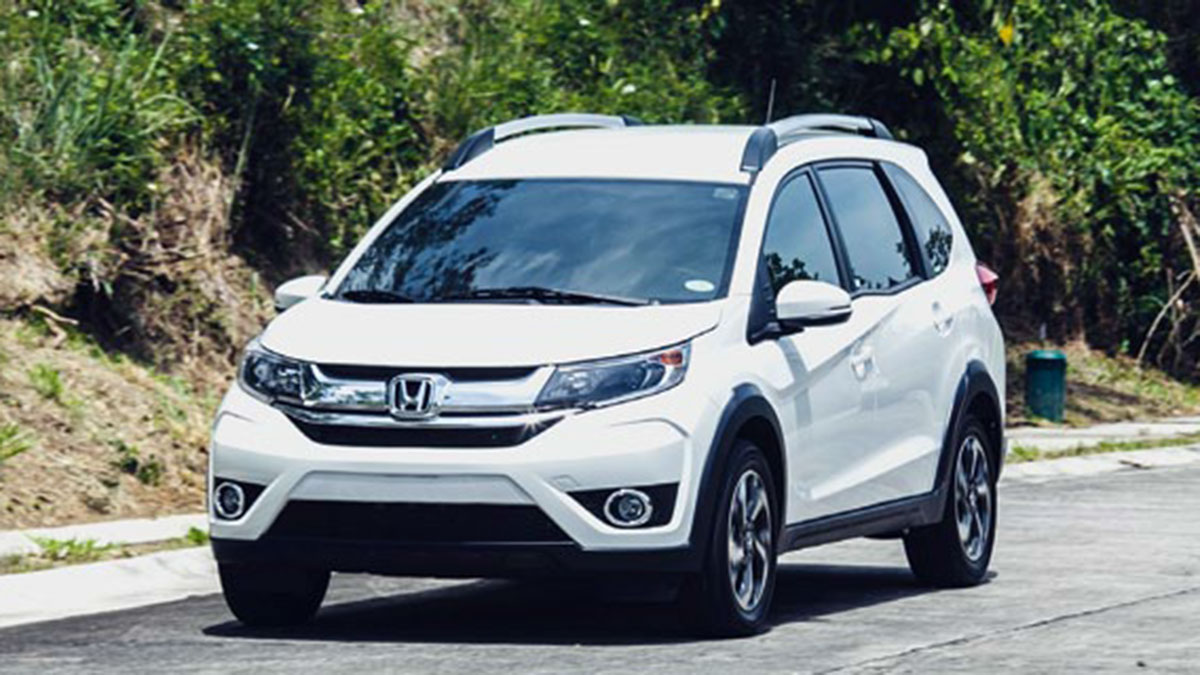 Maintenance tips: Honda BR-V
View other articles about:
Read the Story →
This article originally appeared on Topgear.com. Minor edits have been made by the TopGear.com.ph editors.
Share:
Retake this Poll
Quiz Results
Share:
Take this Quiz Again
TGP Rating:
/20