Canadian PM Justin Trudeau had his Jollibee meal to go

In case you've been living under a rock or you just don't understand why the traffic has been terrible all weekend long, it's because the Philippines is back to hosting the ASEAN conference, which means world leaders are all over Metro Manila.

One world leader here for the conference is political favorite Justin Trudeau, the Canadian prime minister who, between all the ASEAN festivities, managed to grab a quick snack at a Jollibee branch in North Harbor, Tondo, Manila last November 12. He had just arrived in the country earlier that day.

Of course a man with popularity as immense as Trudeau can't just simply walk into a fast-food chain. According to a Jollibee representative, the Canadian embassy reached out to the company a few days ago to ask if they could include a Jollibee stop in the PM's itinerary. Security protocols were then coordinated accordingly.

After ordering a one-piece Chickenjoy with rice and a Strawberry Tea Float, Trudeau made rounds at the restaurant, taking selfies with other customers, posed with the staff, and even shared someone's french fries.

The same source mentioned that Trudeau is already familiar with the Jollibee brand and how it's well-loved by Filipinos. In January 2017, he even visited the Winnipeg Jollibee branch, the chain's first in Canada.

He was probably so busy being mobbed that he didn't have time to finish his meal. A Reuters report said he asked that his meal be had to go, and that he'll eat it in the car—which is basically one of the BMW 7-Series limos prepared for the world readers to ride in.

This article first appeared on Esquiremag.ph. Minor edits have been made. 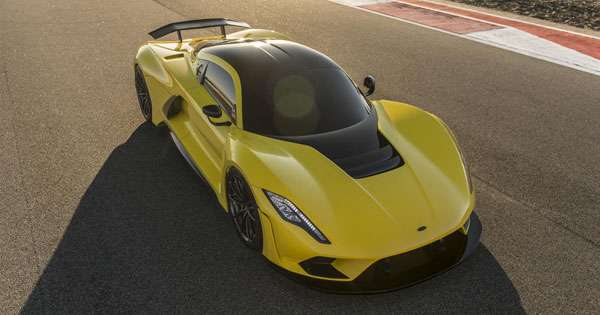 John Hennessey on beating Koenigsegg and Bugatti's records
View other articles about:
Read the Story →
This article originally appeared on Topgear.com. Minor edits have been made by the TopGear.com.ph editors.
Share:
Retake this Poll
Quiz Results
Share:
Take this Quiz Again
TGP Rating:
/20