How did TRD develop kit for the Vios one-make race car?

We talk with company executive to find out
Sep 20, 2013
CAR MODELS IN THIS ARTICLE

As we reported earlier, Toyota Motor Philippines officially launched the Vios Cup one-make race today by revealing the celebrities and the motoring journalists who will participate in the exhibition race before the actual race series itself in 2014.

So, how important is the series to TMP? Considering that the Vios race car is equipped with Toyota Racing Development parts, Toyota Motor Corporation saw it fit to fly in TRD promotion general manager Teikichi Ishibashi to grace the event.

We managed to chat Ishibashi-san up on how TRD developed the kit for the Vios and on what the company is doing for Toyota\'s other cars.

How did TRD develop the equipment used in the Vios race car like the suspension, aero kit, exhaust and the limited-slip differential?

TRD worked with Toyota Thailand and Toyota Philippines to develop the TRD race car. Besides developing the cars on computers in Japan, we also ran the cars on racetracks in Thailand and the Philippines before we were able to come up with the package that will be used in the series.

When Toyota makes a car, how soon does TRD get started in developing parts for it?

TRD usually gets involved at least a year before a car is launched. And we never stop until a car goes out of production.

We were at the Bangkok Auto Salon a few months ago, and we saw the Vios Dragon Concept developed by TRD. Will it ever be made available to the public?

We don\'t know yet. We\'re thinking about it, but we\'ve received a lot of positive response to it.

What is TRD developing now for Toyota?

Right now, we\'re busy working on Toyota\'s entry for next year\'s Japan Super GT series. We\'ll be using a concept car as our race car next year, so developing parts for it in time for next season is really keeping us busy. 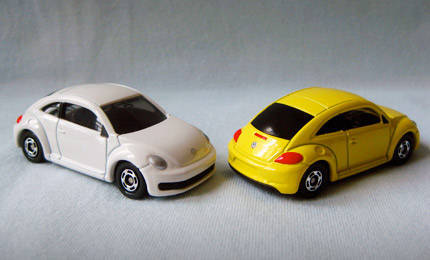 Tomica lets you park the Volkswagen Beetle on your office desk
View other articles about:
Read the Story →
This article originally appeared on Topgear.com. Minor edits have been made by the TopGear.com.ph editors.
Share:
Retake this Poll
Quiz Results
Share:
Take this Quiz Again
TGP Rating:
/20