Infographic: Is a glowing fuel warning light a big deal? 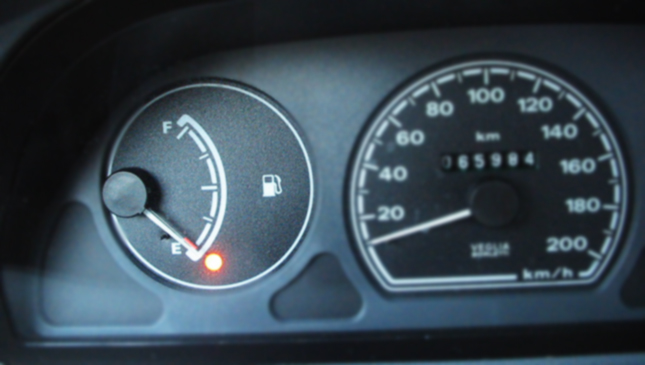 For the most part, experienced drivers never run out of gas. The fuel gauge is one of the first things they take note of upon starting their vehicle, and anything under one bar—much less a lit warning light—is an immediate reason to head over to the nearest station. But is the low fuel indicator really that urgent a matter?

If this study by YourMechanic is anything to go by, maybe not. The website computed the level of fuel at which dozens of vehicles' warning indicators turn on, and more important, the distance until the vehicle truly runs out of fuel. The average level of gas left when the light goes up stands at more or less 10 liters—unless you're lost in the middle of nowhere, this should be ample juice to still go about your business before driving to the nearest gas station.

Most of the cars in the study were US-spec, so we proceeded to narrow the list down to five models which shared engines with counterparts found here in the Philippines. We ended up with the Toyota Camry, the Toyota Rav4, the Honda Pilot, the Jeep Cherokee and the Jeep Grand Cherokee. Again, the average fuel remaining for the five cars stood at 10 liters, and all of them—save for the Pilot with 72km minimum—still had enough gas to make it at least past the 90km mark. Not bad.

So yeah, there's more at play than luck and a switched-off AC when you arrive at your destination without refueling. Of course five cars is a pretty small sample size for an entire market and results will vary depending on driving style. But this infographic validates an experiment we did about five years ago, where we drove different vehicles until their fuel ran out; we learned that there's still a long way to go before an engine sputters.

In the end, the low-fuel light is a reminder, not a panic signal. If you're running late for work, you can go straight to your office and refuel in the evening. But don't push your luck and put it off until the next day. 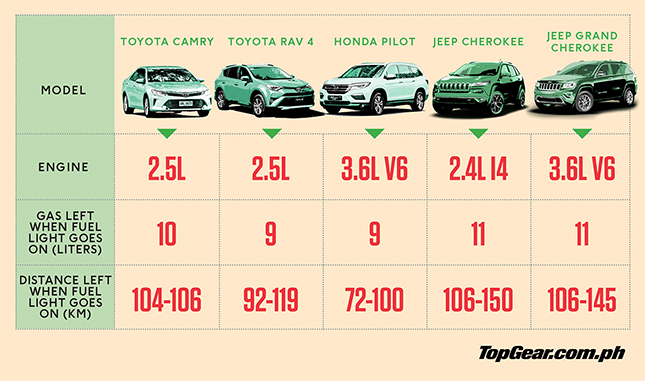 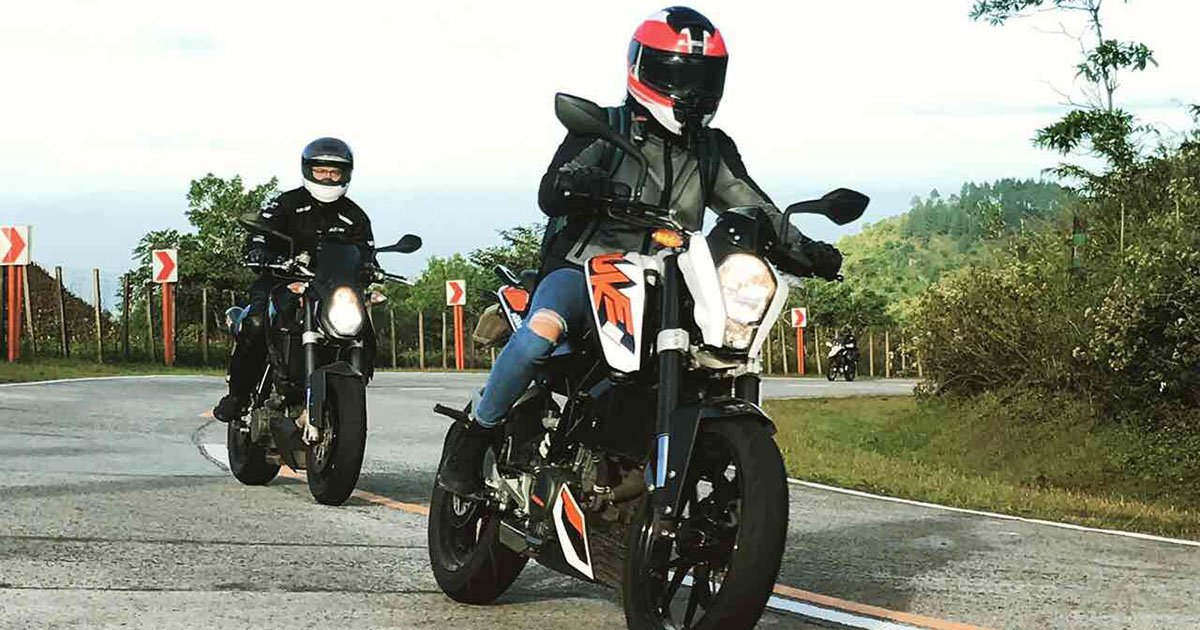 6 reasons why this lady rider fell in love with the KTM Duke 200
View other articles about:
Read the Story →
This article originally appeared on Topgear.com. Minor edits have been made by the TopGear.com.ph editors.
Share:
Retake this Poll
Quiz Results
Share:
Take this Quiz Again
TGP Rating:
/20