Is the current Honda NSX really better than the original? 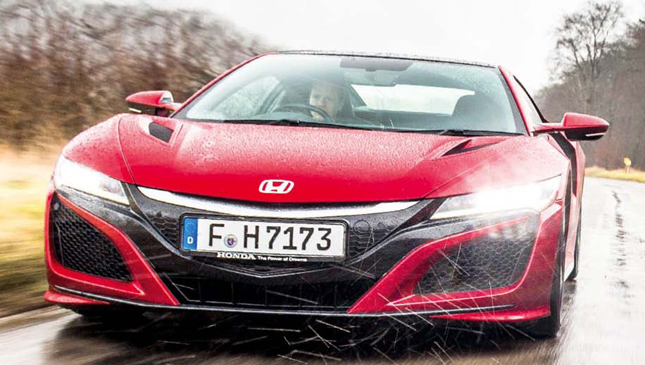 Has there ever been another car so inseparably entwined with one name than the NSX and Aryton Senna? McLaren F1 and Gordon Murray? Maybe. Model T and Henry Ford? Interesting point. Mr Bean and the Mini? Stop it. Remarkably, though, Senna’s input to the NSX only really came at the eleventh hour, after the production car had already been twirled at the ’89 Chicago motor show, but his tweaks to the ride and handling (he requested for the suspension to be 50% stiffer among other things) were sufficient to sprinkle Honda’s all-aluminum bodied, mid-engined supercar with magic dust that’s yet to wash off.

Honda is famous for taking its time about things, especially fast things, so some 28 years after it was first revealed, Honda has built a predecessor deemed worthy to bear the NSX name. Not that it hadn’t been busy in the meantime. It first teased us with an NSX replacement back in 2003—two years before the MkI NSX ceased production. Called the HSC, it simply repeated the NSX’snaturally aspirated V6, mid-engined formula, albeit with more power and clothed in an edgier, brushed aluminum suit. Sexy stuff.

Fast forward four years to 2007 and Honda was at it again, tantalizing us with the Acura Advanced Sports Car Concept—this time a V10-powered, front-engined, rear-wheel-drive bullet. The world held its breath, mid-engined purists sharpened their knives…and then the economic climate took another casualty. And so, in 2012 (four years before we would actually drive it) we got our first look at the new NSX as we now know it—an ultra-modern hybrid with a twin-turbo V6 in the correct position, behind the driver’s head.

I find myself drawn to the original first. I’ve never driven one, so this is a bit of a meet-your-hero moment, but it’s the way it looks that does it. Highly exotic, despite a lack of any particularly flamboyant bits. It’s aged well. The integrated spoiler is neat, the blacked-out roof ahead of its time and those pop-up headlights (replaced by goggly fixed units in 2002) are endlessly cool, but it’s all about the proportions: low, wide, long. Crunch the numbers and it’s actually 62mm shorter, 407mm narrower, 34mm lower and 100mm shorter of wheelbase than the new one.

Its overall appearance is definitely more lithe, less squat, and that’s reflected in the curb weights: 1,430kg then vs. 1,776kg now. The interior is like slipping into an early Nineties time capsule, complete with plump La-Z-Boy leather seats, tape deck and switchgear that’s perfectly functional, but with no more razzmatazz than a family saloon of its day. Visibility is superb (we can thank the low shoulder linefor that) and yet more evidence that this was a car meant to be properly usable every day, not locked in a barn for that single dry Sunday of the year.

G280 EJH really is as original as an NSX gets. This very car was only the second to arrive in the country, and driven by Senna himself on one of his visits to the UK. It uses the 252hp 3.0-liter V6 (upgraded in 1997 to 3.2-liters and 276hp), but is spectacularly hobbled by a four-speed ‘F-matic’ auto, rather than the standard six-speed manual. The aluminum suspension is superb—having your bum this close to the road, with this level of cushioning, is witchcraft—and theV6 ticks over smoothly with enough torque to keep you rushing along, perfectly unstressed. Issues arise, though, when you really put your footdown, because the four-speed auto takes so long to kickdown that it lumbers this car with what feels like the most almighty turbo lag and robs you of all throttle response. Commit and the engine sounds fantastic as you climb toward the 7,500rpm limit, an honest V6 wail—no turbo muffling, no fake enhancement, just fuel and air and fire.

Stringing it through corners is all about momentum…and muscle. The way the steering weights up as you add lock is seriously meaty, and a world away from the small increments of rotational resistance we get these days.Once tucked in the stability is absolute—at no point does it squirm or try to bite us, even on streaming wet roads. You always sense its chassis is hungry for more power and has more to give, like it could happily operate on a higher plane—a place only a chosen few can visit.

Which brings us to the new NSX, a car so slathered in technology that it couldn’t possibly connect on the same emotional level as its predecessor, could it? On the first part of our journey, no. The interior is a mite cheap in places (come on, a few quid on metal paddles wouldn’t have blown the budget), and the V6 sounds muted at low revs. No histrionics, no noise. But, as we’ve learned, an ability to do the boring stuff well is a cornerstone of the NSX toolkit… this time, though, it’s merely the veil that hides a psychopath beneath.

Stepping from old to new is like swapping your Raleigh Chopper for a Yamaha R1. Whereas the original ponders before ramping things up gradually, pulverising acceleration is now just there, waiting, whenever required. The instantaneous hit of the three electric motors—one at the back, two at the front—then hands over to the twin-turbo V6 that fills its lungs and keeps you crashing towards the red line, and scrambling for another gear. It is an uncensored, adrenaline pumping thrill—only magnified by wet rural roads and nearby hedges.

It really shouldn’t be so easy to travel so quickly in these conditions, but with the NSX, normal rules don’t apply. Its abilities are best summed up through a 90-degree right-hander. Stand on the brakes—regen and pad-on-disc braking beautifully integrated—give the chunky steering wheel a quarter turn and concentrate on clipping the apex, then eyes up and give it everything, at which point you teleport to halfway down the next straight. Alternatively,turn the traction off and deploy throttle earlier for oversteer and a mild coronary.

At their cores, these are two cars clearly born from the same company. Both have an obsessive attention to detail, harbor the best technology available to them at the time and position usability alongside ragged-edge performance on their list of priorities. However, the game has moved on, and to a degree that even Senna would have had a hard time getting his head around. The first NSX gave Ferrari a wake-up call; this new one should be giving them sleepless nights. 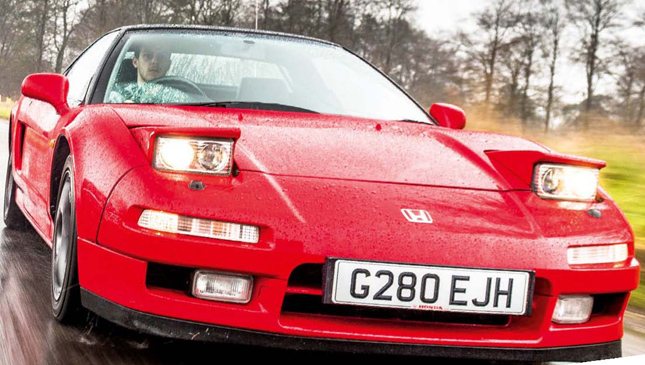 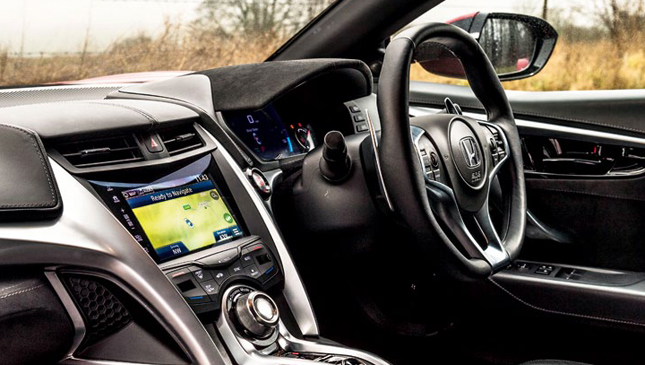 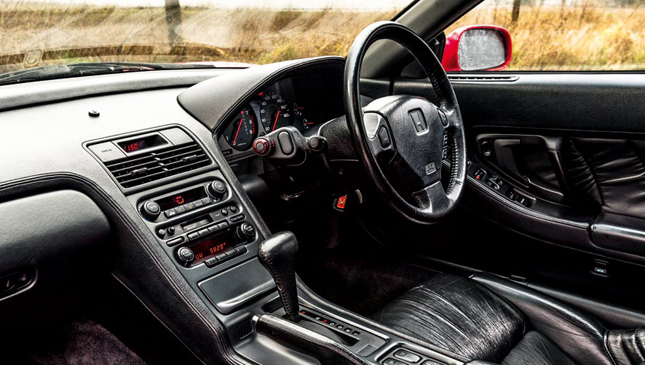 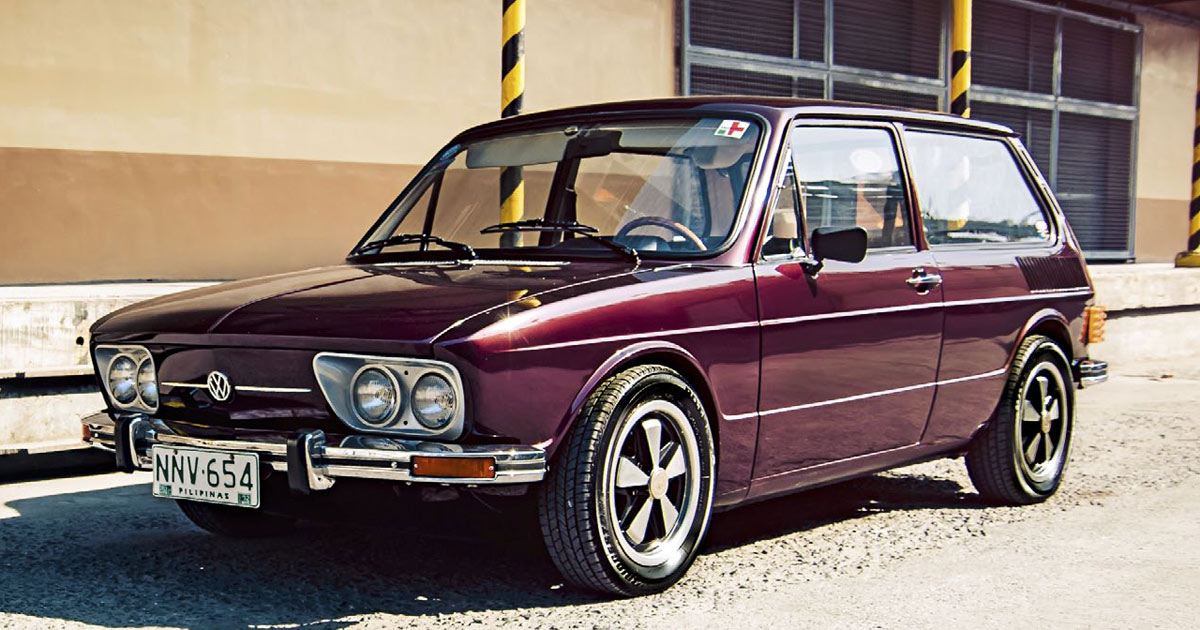 Old school: 1975 Volkswagen Brasilia
View other articles about:
Read the Story →
This article originally appeared on Topgear.com. Minor edits have been made by the TopGear.com.ph editors.
Share:
Retake this Poll
Quiz Results
Share:
Take this Quiz Again
TGP Rating:
/20