Is this a good methodology for accurately measuring fuel economy? 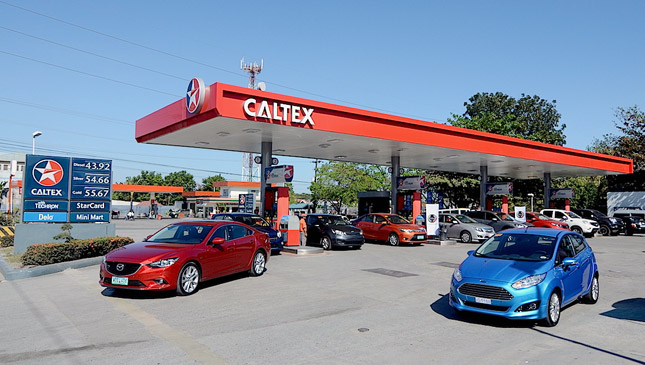 When measuring a car's fuel economy, many of us simply rely on the published data provided by the auto company. If we're a little more curious, we try to conduct our own little research and determine the numbers ourselves. Usually, we do so by topping up the fuel tank, traveling a certain distance until the tank is nearly empty, refilling the tank, and then computing the fuel-consumption average.

These days, many cars are high-tech enough to be equipped with computerized trip meters that display fuel-economy figures.

For some people, however, the matter of measuring a vehicle's fuel economy should be an exact science. People like the members of the Car Awards Group. Yep, that same bunch of motoring writers who give out, er, car awards to car companies so these companies can use said awards in their advertisements and pay CAGI for the use of the organization's logo. (Brilliant business concept, right?)

Anyway, more than a year ago, CAGI set out to launch a new project, the objective of which was to measure the fuel economy of the cars sold in the Philippine market. A lofty endeavor, to be honest. Indeed, we understand that not everyone in the industry was too enthusiastic to lend test vehicles for this purpose. But CAGI went ahead with the idea anyway, which we admit was pretty commendable. They did this in partnership with Caltex. We know this because the photo the group sent us looks like a Caltex ad or something.

The press statement tells this story (in italics):

In 2012, the Car Awards Group, under the leadership of president Ferman Lao, and in cooperation with SpeedLab, embarked upon a project to study and validate different methods of testing fuel economy. SpeedLab has often been approached by government agencies like the DOST and the DOE to assist in testing fuel economy with the shop's chassis dynamometer.

Of course, testing inside the workshop is not the same as testing in the real world. The first priority was to figure out how to map urban fuel consumption in a consistent and repeatable manner. In-city fuel-economy testing will never produce the exact same result twice in a row. Differences in traffic volume on different days, in different weather (and even in the same weather on the same day but at different hours), make such tests unverifiable and unrepeatable.

Instead, CAGI and SpeedLab mapped out a closed-course test loop at Clark International Speedway that simulated typical urban traffic conditions. The resulting loop--with the driver given a target lap time with target speeds to meet rather than attempting the fastest lap possible--was found to be consistent with the fuel consumption profile created by the same car, driven in the same manner, in typical urban traffic, as of 2010. Here, testing was carried out with a single test vehicle over two days.

If the name of the CAGI president (who is stepping down, by the way) sounds familiar to you, that's because he is also Top Gear Philippines' MacGyver-esque technical editor. And it's only because of him that we're entertaining the results of this fuel-economy test by the group.

"We’re measuring fuel in a different way, which is vastly different from the methods commonly used in fuel economy runs of the past," our MacGyver explains. "Topping up, running the prescribed distance, then topping up again at a different forecourt...the big question with that methodology is this: How do you know that the fuel you put in is the same amount of fuel you actually consumed?"

"With the FEB test results, CAGI aims to help establish a better and more consistent method of testing and measuring fuel consumption of vehicles here in the Philippines," Lao asserts. "This helps the Filipino consumers make a more informed choice with their vehicle purchases, as well as the automotive brands by allowing them to quote fuel consumption data that are more representative of traffic conditions encountered by the car buyers as tested in a controlled environment."

How does the group's methodology work? Here is the process as explained in the press statement (in italics):

The technical committee discussed different approaches to fuel testing. The possibility of draining the fuel systems completely both before and after the test carried the greatest potential for accuracy, but also had the potential for damaging high-pressure fuel pumps and injectors. Fuel cells were nixed as they're too expensive, and further required the partial dismantling of each vehicle's fuel system.

Then the committee turned to the applicability of weight measurement of fuel as opposed to volume. By measuring fuel consumption by weight, you eliminate the need to fill each tank completely, and any change of volume due to temperature would not affect the weight of the fuel.

Measuring the total weight of the vehicle both before and after each test also ensured that "hidden" fuel stored in the fuel rail, filter and return lines was also taken into account. Chevron/Caltex provided tables to convert kilograms of fuel into liters, based on ambient temperature.

Several further challenges were identified, but they were not viewed as insurmountable. Test runs were set at 100km to minimize rounding errors at the scales. A course was mapped out to provide a wide variety of running speeds and running conditions, and the course was marked out to ensure consistent driving and lap times. Motorsports-grade scales with an accuracy of 0.01% were sourced for these tests, and validation tests were carried out to the satisfaction of the committee.

Thus armed, CAGI carried out the first Fuel Efficiency Benchmark test at Clark International Speedway in 2013, evaluating 19 cars from eight participating car brands--BYD, Chevrolet, Ford, Foton, Kia, Mazda, Mitsubishi and Toyota--with logistical support from Chevron/Caltex and a stable of professional race drivers led by Formula 3 champion Pepon Marave. Race car drivers were employed in order to ensure consistency in both time and speed over the 100km test. The test was conducted at Clark International Speedway's East Course, with drivers asked to hold set speeds of 30-80kph in different sections of the track, with specified acceleration rates and braking zones. Two stops were included in the cycle to simulate traffic stops. The drivers were required to accelerate briskly up to speed in the higher speed zones, and to maintain a steady 30kph at high revs in the lower gears down the main straight. This was definitely not an eco-run type of test.

Vehicles were first filled up at the Caltex Nepo Station on the Pampanga Filipino-American Friendship Highway, with gasoline-powered cars filled with either Caltex Silver (91 RON) or Caltex Gold (95 RON), depending on the octane requirements as recommended by the respective car manufacturers. Diesel cars were filled with Caltex Diesel with Techron. The cars were then taken to the parc fermé of Clark International Speedway. After familiarization, each vehicle was stripped of all unnecessary loose items to ensure consistency in weight, driven onto the scales for the weigh-in, and then driven out onto the track for the test.

At the end of the test, each vehicle was driven back onto the scales for the final weigh-in. The discrepancies between the pre-test and post-test weights were then compared on the Caltex-supplied tables to arrive at the overall fuel consumption of each vehicle.

Despite being run on a racetrack, the figures achieved closely matched in-city economy figures for each vehicle tested. Even better, with no variation due to speed, traffic conditions or fuel pump discrepancies, the tests are repeatable and verifiable.

The results of the test?

"The results of the test aren't the end-all and be-all, and nor are they absolute," Lao cautions. "It's just a point of reference, as driving habits, traffic conditions and vehicle conditions vary--so does the fuel economy that each particular driver gets."

Do you think CAGI's methodology is more reliable and more accurate in determining a car's fuel economy? 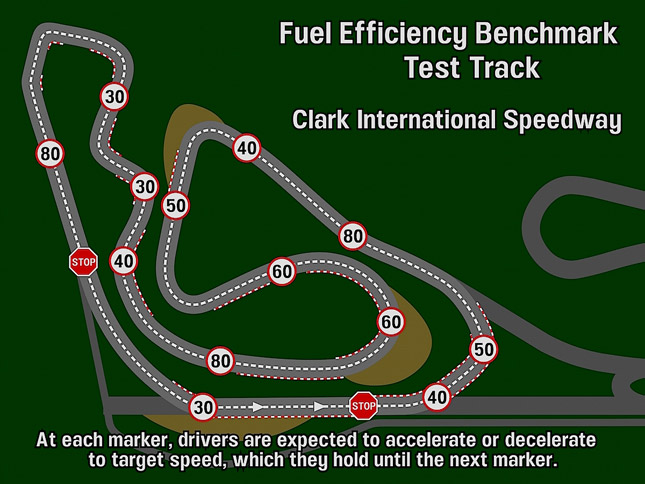 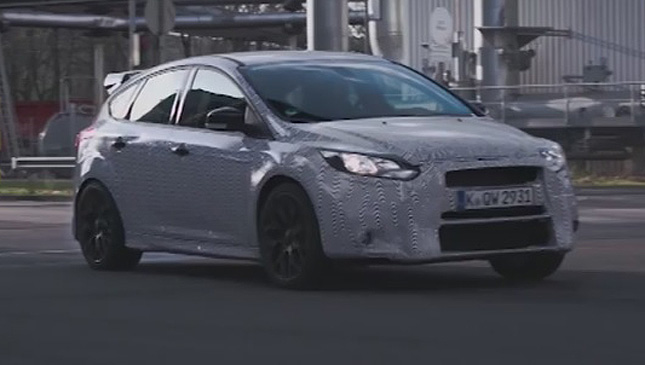 Video: Ford lets Ken Block have fun with a Focus RS prototype
View other articles about:
Read the Story →
This article originally appeared on Topgear.com. Minor edits have been made by the TopGear.com.ph editors.
Share:
Retake this Poll
Quiz Results
Share:
Take this Quiz Again
TGP Rating:
/20