It was a sad day last week when news broke about Sean Connery’s passing at the age of 90. The Academy Award-winning Scottish actor played a wide variety of roles throughout his long career, but to fans of the James Bond franchise, he is best remembered as the first man to don the tuxedo for the now-iconic Metro-Goldwyn-Mayer film franchise. And to some of those fans, no actor has portrayed the character better since.

Being the first mainstream cinematic Bond meant that Connery set the tone for many of the franchise’s tropes, including driving some cars which are now firmly etched in cinematic history. Here are the most memorable. Rest in peace, Sir Sean.

When you think of Connery’s Bond cars—or any Bond car, for that matter—it’s this silver grand tourer which immediately springs to mind. After all, there are few cars that are as legendary, let alone cinematic ones.

The 2+2 tourer was powered by a 4.0-liter in-line-six paired to a five-speed manual, and was capable of a top speed of 233kph. It originally appeared in 1964’s Goldfinger, and though it would meet its end following a car chase in that film, the car would pop up time and again throughout the franchise, being driven by Pierce Brosnan and Daniel Craig decades later.

The movie version of the car was adorned with all sorts of cool gadgets, including, of course, an ejector seat. A production version of the car currently exists as the Aston Martin Goldfinger Continuation, and while it includes some of the gizmos from Q Branch, customers will have to make do without the ability to launch their passengers into the air with the push of a button.

This Bond car is unique in that while it is very much a legendary nameplate, we never actually got to see Connery drive it. Instead, he rode shotgun as the bad guys gave chase. That’s a shame, really, because the Toyota 2000GT is the first supercar to come from The Land of the Rising Sun.

This performance car was made in partnership with Yamaha and boasted 150hp from its 2.0-liter in-line-six powertrain, propelling the coupe to a 220kph top speed and a 0-100 sprint in 8.6secs. It achieved success in the record books and in motorsport, most notably winning the inaugural Suzuka 1000km in 1966 and the 24 Hours of Fuji in 1967.

Fun fact: The unit featured in the movie is a convertible, which had to be specially fabricated for the production. This was because the 6’2” Connery couldn’t fit inside the standard version with a fixed roof. Look closely, and you can spot his head peeking out from above the convertible’s windshield. Maybe that’s the reason he didn’t take the wheel, then.

There’s no denying that the first-generation Mustang is a memorable car, but it earns a spot on the list for the simple reason that it features in one of the most hilarious gaffes ever caught on film.

As Bond attempts to escape the police, he drives into an alleyway that tapers into a narrow walkway too small for any car to pass through. Undeterred, he tilts the car onto its right wheels using a ramp and drives into the walkway.

Unfortunately for the director, the shot taken in Universal City Studios didn’t match the location shot in Las Vegas, which shows the Mustang exiting the same walkway on its left wheels. To compensate, the director shoehorned in a shot of the car changing sides midway through the daring escape. Nice try, sir, but the blooper remains. 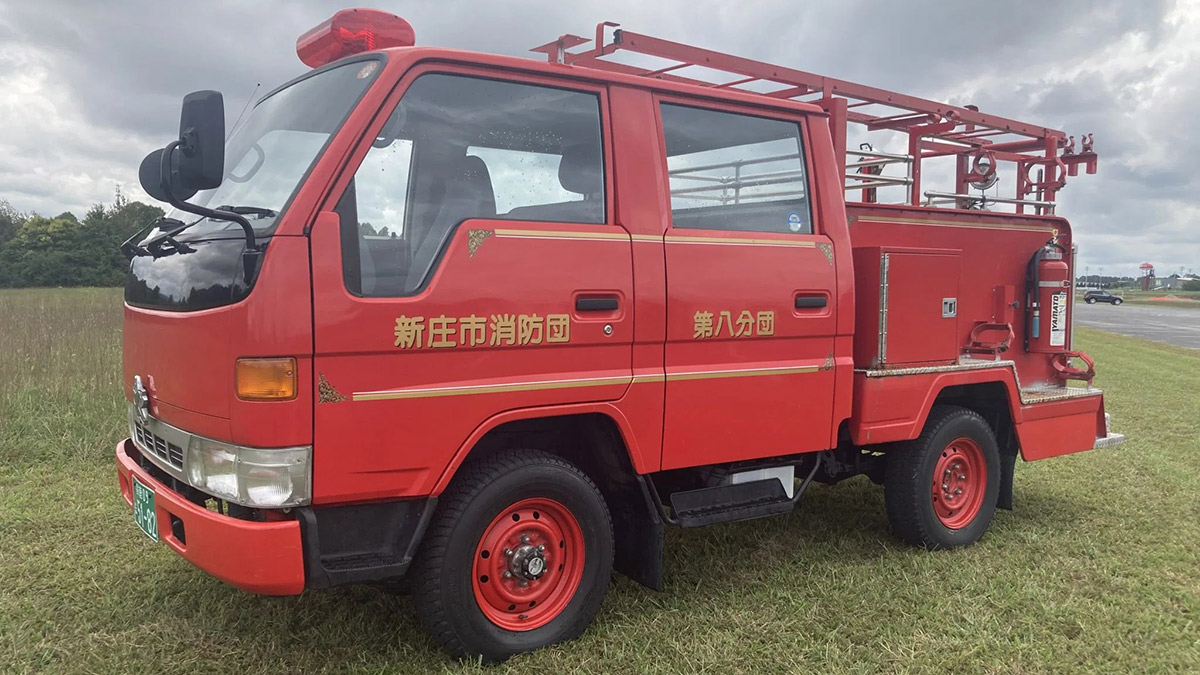 This shiny red 1995 Toyota Hiace fire truck is one cute emergency vehicle
View other articles about:
Read the Story →
This article originally appeared on Topgear.com. Minor edits have been made by the TopGear.com.ph editors.
Share:
Retake this Poll
Quiz Results
Share:
Take this Quiz Again
TGP Rating:
/20