Raid the piggy bank
by Rowan Horncastle | Feb 21, 2021
CAR BRANDS IN THIS ARTICLE

Since parting ways with Ford earlier this year, Ken Block has been freed from the contractual shackles of the Blue Oval. This is good news, as it means his non-Ford cars that have been locked away for years are starting to come out of the woodwork. Cars like his 2006 world-record-beating, Monster Energy-branded Subaru Impreza WRX STi. Better than that, he’s putting some of these cars up for sale. Meaning YOU can buy one.

Yes, YOU. As new auction platform, Wall Street Motorsport, is putting this very Group N-spec Scooby up for sale. So if you’ve been filming ropey gymkhanas on your weekend and claiming your car is the reason they’ve not gone viral, now’s your opportunity to stop blaming your tools.

“The car’s been locked away in a secret storage bunker for years,” Block told us. “I need to make room in the bunker for new projects, so I’m having a spring clean and putting it up for sale. It’s a pretty special car, though, with some record-breaking history. It’s the Group N-spec Subaru Impreza WRX STi which I raced in Rally America, winning a few times. But it’s famous for jumping 171 feet on a dirt bike track! I mean...that jump was sketchy.”

A snapshot of that ludicrous huck is the image you see above. If you do some digging around the Internet, you can find the diaphragm-destroying footage. Safe to say, the landing was rough—with Ken looking like he didn’t just have the wind—but all of his vital organs—kicked out of him. But the car survived and so did he. And luckily, the shocks have been replaced for sale.

While we had Ken on the line, we couldn’t not ask him about the latest Gymkhana—especially as it was the first one without him driving, with Travis Pastrana taking on the hooning duties.

“I was most impressed that Travis could do a donut,” he said in jest. “But I had a great time doing Hoonicorn vs. the World last year. And that actually got more views than Travis’ video (35+m views so far)! And all I had to do was drive in a straight line! Love that Hoonicorn. I can’t say what the future of Gymkhana is now (do we ever let secrets out?), but the plans for the Fox Body build have been shelved. I love that design, though, so I hope to make it come to life someday.

“But I’ve still got all my cars. The only vehicles Ford owned were the shop trucks, my daily-driver Raptor, and my heavily abused production Focus RS. All the other race cars, Gymkhana cars, modified trucks, etc., are owned by either myself or Hoonigan. A bunch of those are being sold (such as: we sold my Focus RSRX from Gymkhana 9 for charity last year). But, I am keeping a few, such as: the Hoonicorn and Cossie V2. As for me? We’ve got big plans which we’ll announce soonish.”

We guess we’ll have to watch this space. Anyone have any ideas what he might be up to? Or what you’d like to see Kenny B do? Let us know in the comments below. 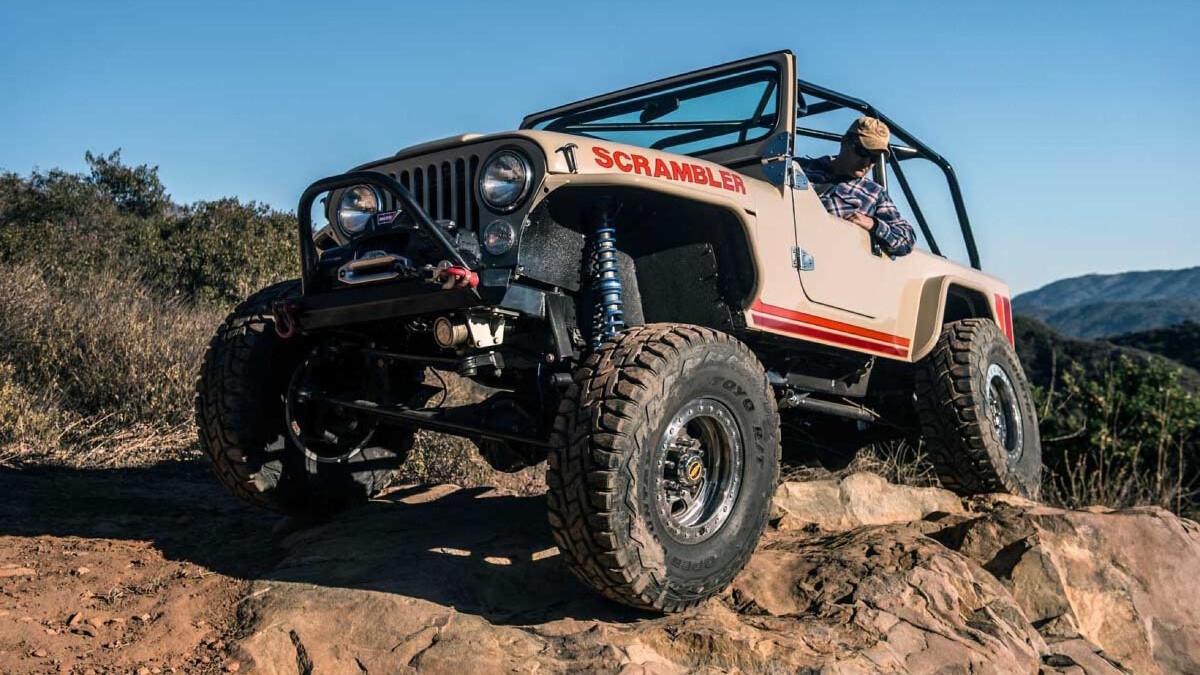 Restomods that rock: Legacy Classic Trucks’ Jeep Scrambler
View other articles about:
Read the Story →
This article originally appeared on Topgear.com. Minor edits have been made by the TopGear.com.ph editors.
Share:
Retake this Poll
Quiz Results
Share:
Take this Quiz Again
TGP Rating:
/20