He was a mover and shaker in the PH auto industry
by Paulo Rafael Subido | Apr 26, 2019
CAR BRANDS IN THIS ARTICLE

Our deepest condolences go out to the family and friends of Levy Laus, chairman and CEO of the Laus Group of Companies, who passed away recently. When the interview below first saw print in 2009, the Laus Group already had an impressive 19 dealerships under its belt. Today, the company has 49 dealerships listed on its website. Laus will be sorely missed by his friends and colleagues in the automotive industry.

Q: How did you get into the automotive business?

A: I was a bank manager in Pampanga during the ’70s and was due for a promotion in Manila. But my parents, who had a store in the public market, were very ordinary people. My father always reminded me that there were opportunities in business. That’s why I resigned from the bank. My uncle, father and I put together a small capital and we constructed a small car showroom with practically no service center. That was the beginning of Carworld.

Q: What cars did you sell when you first started Carworld?

My first direct tie-up with an assembler was with Atendido Jeepney. Sarao, Francisco and Atendido jeepneys were very salable in the province. Eventually, I ended up being a dealer of Renault. And then my first real big dealership was for the old Ford. It wasn’t easy to sell Ford products at that time, but I read something about the Ford Laser in Reader’s Digest that said it was selling well in Japan, and that it would come to replace the Escort.

Q: The Laus Group has 19 dealerships selling Mitsubishi, BMW, Chevrolet, Hyundai, Kia, Suzuki and, of course, Ford cars. Which brand is closest to your heart?

A: Well, that requires a political answer (laughs). All of them are close and important to me. But as I’ve said, Ford was my first real principal. It was Ford Philippines that allowed me to grow during that old Ford era, and it was with them that I made my first million.

Q: Would you be interested in having a Toyota dealership if they did not have a policy on exclusivity?

A: I never entertained that thought. I wouldn’t want to think about that because right now, I’m very, very happy with all the principals and the brands that I’m carrying.

Q: Is smuggling of vehicles into the country still rampant today?

A: It’s public knowledge, but having been president of the Clark Freeport Zone and with my association with Subic, I can say that the administration has mitigated the problem. At least, we don’t hear about rampant smuggling anymore. I’m talking about Subic: I’m not privy to the other areas. There is a very strong resolve on the part of the present administration to stop the smuggling of vehicles.

Q: If you were appointed as the Philippines’ automotive czar, what policies would you put in place to ensure the growth of our local car industry?

A: There have to be enough incentives for car manufacturing right here in the Philippines. Those who put up their plants should be given government support. At the same time, there should be a regulation on imported used cars. A simple formula, but not very easy to implement.

Q: With the shift to more environment-friendly cars, how soon do you think the Philippines will be going electric?

A: It’s very soon because in China, electric cars are already being sold. In the Philippines, I think that in two to five years, we should have electric cars already. The challenge here is how to provide the infrastructure to support those cars and for the government to provide incentives.

Note: This story first appeared in Top Gear PH's July 2009 Issue. Minor edits have been made. 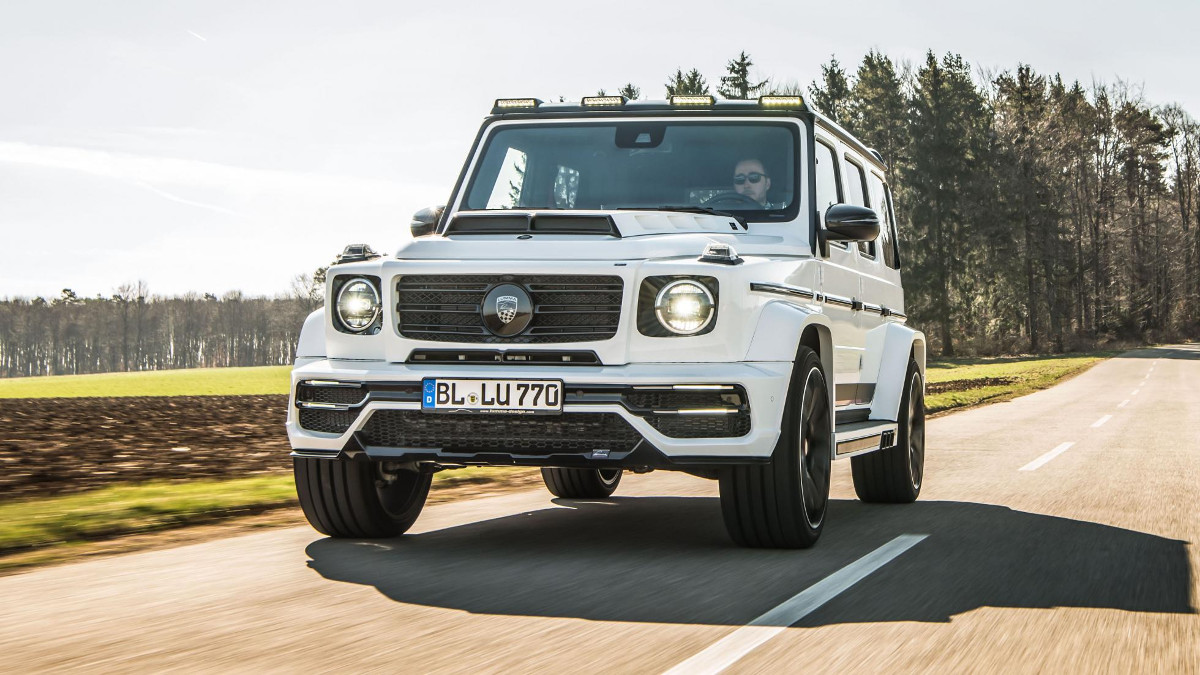 This modified G-Class is for those who want to stand out
View other articles about:
Read the Story →
This article originally appeared on Topgear.com. Minor edits have been made by the TopGear.com.ph editors.
Share:
Retake this Poll
Quiz Results
Share:
Take this Quiz Again
TGP Rating:
/20