More than meets the eye
by Jason Tulio | Dec 9, 2016
CAR BRANDS IN THIS ARTICLE 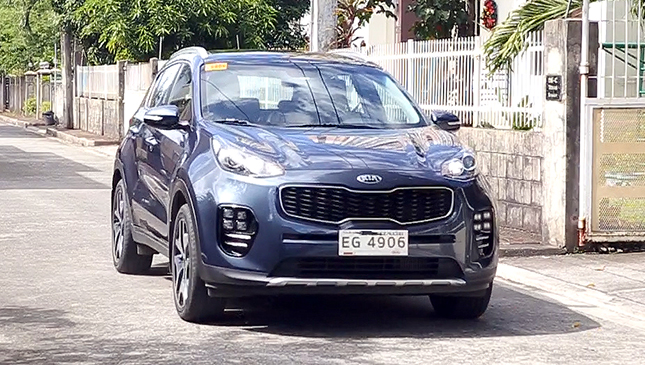 This isn’t the first time that we’ve driven the Kia Sportage GT Line. Test drive editor Jason Dela Cruz couldn’t sing its praises enough when he found out that I was going to test drive this crossover. He already reviewed the exact same car a few months ago, so I already knew a thing or two about its technicalities before I got the keys. Still, I found out for myself that there was more to this vehicle than meets the eye. Here are a few cool things I learned after spending a week with the Sportage:

1. It’s got sleek Euro styling all over

In 2006, Peter Schreyer was hired by Kia to be its chief design officer. Schreyer had been influential in designing the Audi TT and the new Volkswagen Beetle before joining Kia. As a result, the European influence on the Sportage is evident everywhere you look—from the flat-bottom steering wheel, to the slopes and curves along the exterior, and even the dual-tip exhausts in the rear. While I was stuck on EDSA, I found myself forgetting about the traffic for a few seconds while I was admiring the interior. It's almost as if the Kia badge was slapped onto a Porsche Cayenne by accident.

One thing that’s amiss amidst all this sleekness, though, is the outdated head unit. The lack of Bluetooth connectivity in a car priced at P1.795 million is a bit of a letdown.

Once you open the trunk, you see just how much space this five-seater crossover has. The luggage room is absolutely huge, and even bigger when you fold down the seats. Bags, bikes, groceries, suitcases—you name it and it’ll fit.

Thanks to high-performance dampers in the front and rear shocks coupled with the all-wheel drive system, this crossover handles like a sprightly sedan. I couldn’t manage even an inch of body roll in the cabin no matter how hard I cornered. The precise motor-driven steering keeps it all in line while you’re turning, too.

4. But it’s still got that SUV-esque practicality

The Sportage handles so much like a sedan that I almost forgot it was a crossover. That is until I was surprised by an unexpected pothole. The car simply took it in stride, while I felt only a slight bump inside the cabin. It was a good reminder that this car is as practical as it is sporty.

5. Sport mode makes it even racier

And speaking of sporty. Seeing “sport mode” on a brochure for a consumer car can sometimes be misleading. I’ve driven vehicles where engaging this mode simply meant that the transmission took a bit longer to change gears. In the Sportage though, you immediately feel the increased throttle response and quicker acceleration once you press the drive mode button. Through the slithering roads of Tagaytay, it proved to be quite the racy treat even with a full load of passengers.

Metro Manila isn’t the friendliest or most ideal place to open up your sunroof. In the hills of Tagaytay though, the wide opening of the panoramic sunroof made for some fantastic sightseeing. The shade draws back to open up almost the entire length of the roof, so the rear passengers get to enjoy the scenery as well.

Aside from the nifty daytime running lights, the Sportage has an ‘auto’ mode on the light switch. With this on, your headlights will adapt to your surroundings. If you pull into a carpark or drive through a tunnel during the day, the sensors will detect the change in lighting outside and switch the headlights on immediately. It’s the only light setting you’ll ever need.

This is hardly a new feature, especially in vehicles north of P2 million, but it still impresses us.

8. It’s got a diesel engine that won’t wake the neighbors

The Sportage’s thick doors mean that the cabin is well-insulated from any exterior noise. But even from the outside, the 2.0-liter turbodiesel engine hums at a deceptively quiet idle. Even when you put the pedal to the floor, it still rings a notch or two quieter than your average oil-burner. 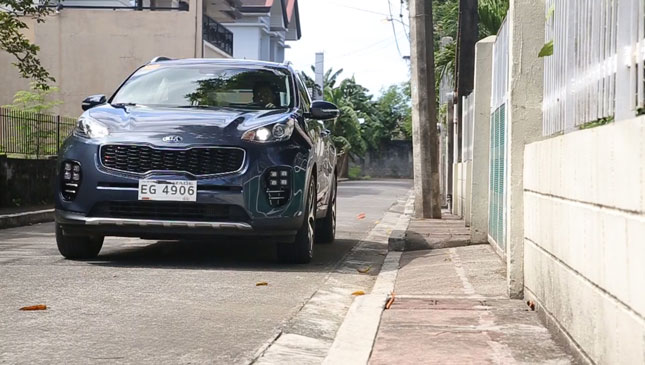 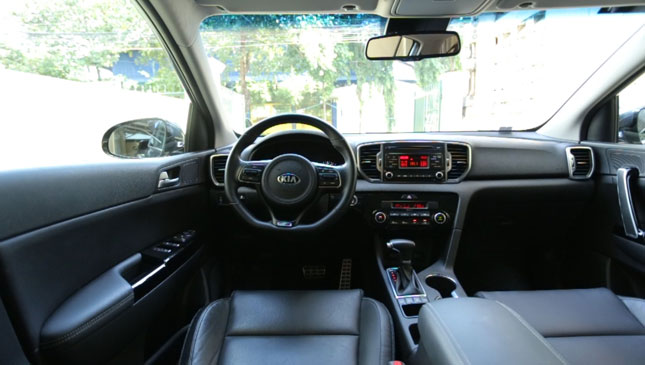 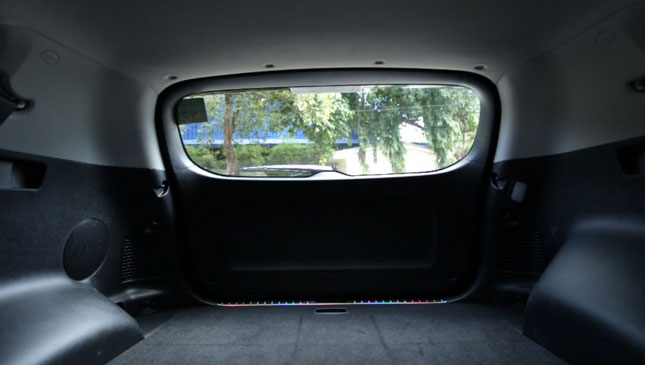 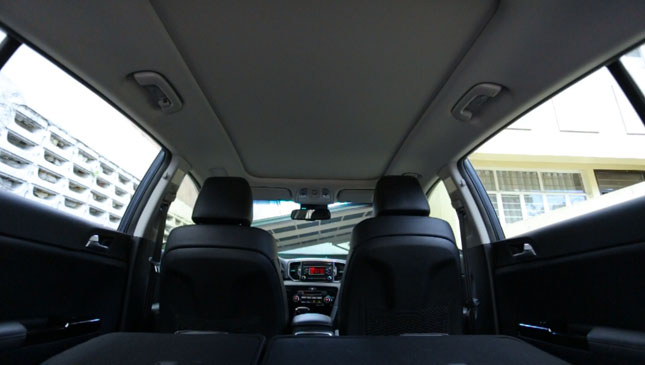 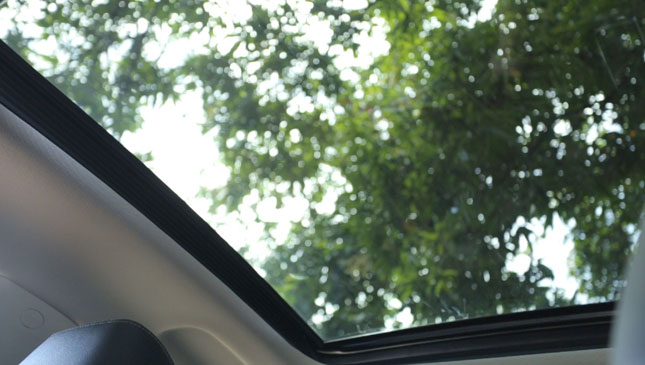 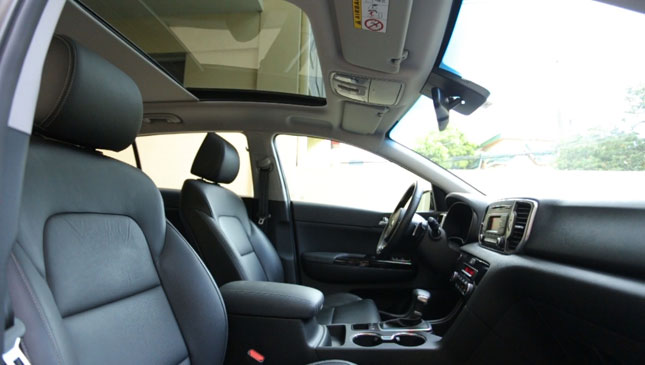 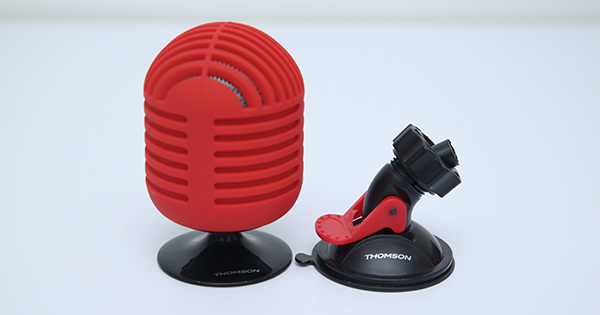 Hold your own carpool karaoke sessions with this mic-shaped speaker
View other articles about:
Read the Story →
This article originally appeared on Topgear.com. Minor edits have been made by the TopGear.com.ph editors.
Share:
Retake this Poll
Quiz Results
Share:
Take this Quiz Again
TGP Rating:
/20