These celebs have good taste in bikes

Celebrities tend to go all out when it comes to their passions—whether it’s fashion, art, music or whatever it is they set their minds to.

For the boys, one of the hardest decisions they probably have to make is to choose between cars or motorbikes. But with their fat talent fees, it's not surprising to know that they can have both. Some of local tinseltown's big names have already amassed quite a collection of big bikes.

You can spot them on their social media feeds, or on a lucky day, you could probably catch them whizzing past you on the highway.

Some of them hop on their two-wheelers just to relieve their stress, while other self-confessed speed junkies get their kicks from that unmistakable adrenaline rush.

However, many Filipinos are still afraid of the dangers of riding a motorbike. Jericho Rosales, who has been collecting and customizing big bikes for more than two years, is hopeful this stigma would soon be erased through responsible bikers. He told PEP.ph, "Gusto ko mawala sana yung stigma.

"Hindi lahat ng motorcycle riders in Manila medyo sira-ulo. Us, responsible bikers, are working hard in helping change that image of motorcycle riders by following rules, being more of a gentleman on the bike."

Below are some of local showbiz's avid bikers with their prized rides:

Dingdong received a Ducati Diavel as a gift from wife Marian Rivera in 2011. This motorbike is also the one he drove to his wedding last December 2014.

Paulo has always been fascinated with big bikes because of his dad. He owns a BMW R nineT. When BMW Motorrad introduced the new R nineT models in March 2017, the retail price was P1.19 million.

Aga recently got back into motorbike riding and explored the streets of Manila with his customized BMW R nineT. The Kapamilya actor uploaded some of his photos to his Instagram last Friday, February 2, and wrote, "Another great ride!

"Thank you @sidmaderazo for accompanying me for my 1st ride in Manila after so many years. And always for the great photos."

Director Sid Maderazo, also a known car enthusiast, is part of the Brap Pack, the riding group of Jericho Rosales, Ryan Agoncillo, Drew Arellano, and Paolo Abrera among others.

Coco owns a number of motorbikes, most of which are sprawled in the garage of his beautiful Quezon City mansion. One of the standouts in his collection is a BMW R nineT Racer, which was launched in the Philippine market last year with a base price of P1.09 million.

He's supposedly one of the three legit owners of a Ducati Paul Smart here in the Philippines.

When he's not paragliding, you can find him cruising cross-country on his BMW GS 1200.

Jerico's collection of motorbikes includes a Vespa scooter, a dirt bike, and a Ducati Scrambler. Probably one of favorites is his Ural Solo ST Cruiser.

Ryan likes riding his Ducati Hyperstrada 821. Ducati Katipunan offers it for a base price of P950,000.

Based on the current price list of Harley Davidson of Manila, the latter has a retail price of P573,000 for the black units, and P608,000 for the two-tone units.

The Harley-Davidson Sportster 48 is priced at P1.03 million (black) and P1.08 million (hard candy), according to the price list released by the brand's authorized dealer in Manila.

Drew goes on adventure trips with the Brap Pack with his BMW GS 1200.

He received this Royal Enfield motorbike as an anniversary gift from his wife Gladys Reyes last year. Helping the couple acquire the Bullet Classic 500 motorcycle was their good friend Ryan Agoncillo. According to Royal Enfield Philippines' website, the base model costs P313,000. 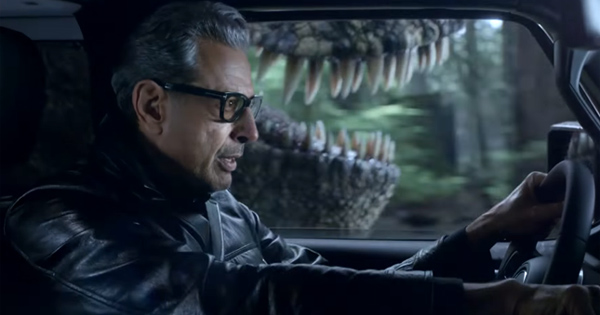 Our 7 favorite NFL Super Bowl car commercials of 2018
View other articles about:
Read the Story →
This article originally appeared on Topgear.com. Minor edits have been made by the TopGear.com.ph editors.
Share:
Retake this Poll
Quiz Results
Share:
Take this Quiz Again
TGP Rating:
/20