What are the stories behind these jeepney stops in Metro Manila?

The jeepney has practically become synonymous with the Philippines, as closely associated with it as pristine beaches and wide-eyed tarsiers. It has become a cultural symbol with its loud splashes of color, intricate paintings adorning the sides, and figures of horses galloping on the hood. Most Pinoys grow up knowing how to ride one: the etiquette involved when paying the fare, the habit of calling out your stop. But some stops are more attention-grabbing than others. There’s one named after a building that isn’t there anymore and one that’s commonly called “Welcome.” Whatever your usual stop may be, most streets, towns, and jeepney terminals in the Metro have a story to tell.

Here are the stories behind the names of 10 Metro Manila jeepney stops: 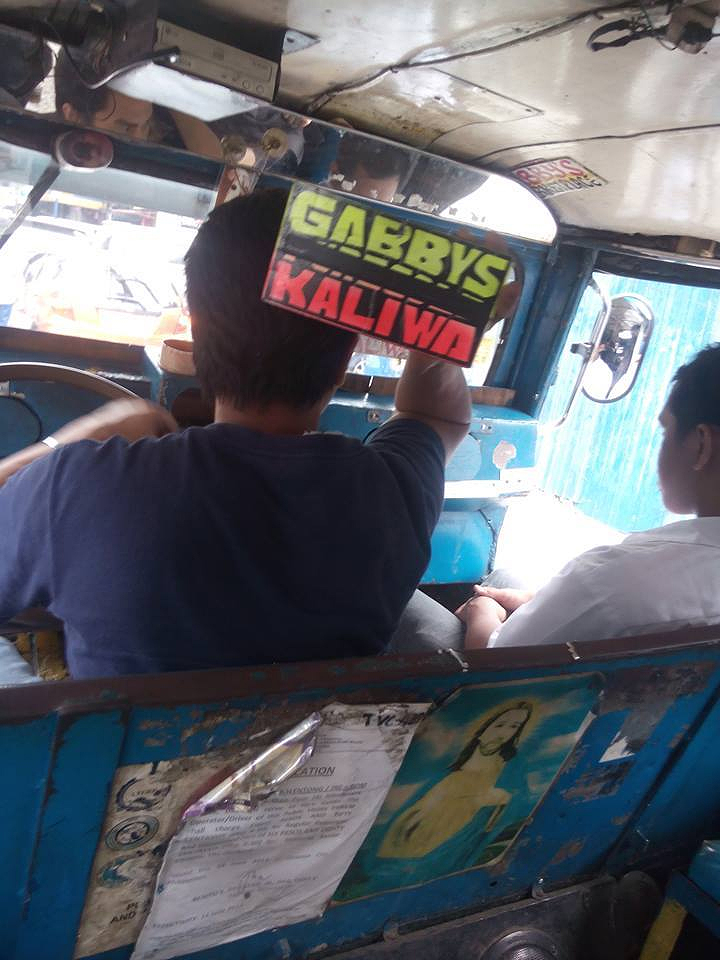 Jeepneys plying Boni Avenue in Mandaluyong often have Gabbys or Gabbys-Kaliwa on their signboard. But who is Gabby; and more importantly, where is Gabby’s? The route often goes from Kalentong just before crossing the bridge and to Pioneer, then back. Story has it, Gabriel, fondly called Mang Gabby, sold cigars along the riverbanks. He was eventually able to put up a cigar store, then a grocery store that he called Gabby’s. The area also became a popular stop and terminal for Mandaluyong jeepneys in the ’50s and even after the store closed down in the ’70s. 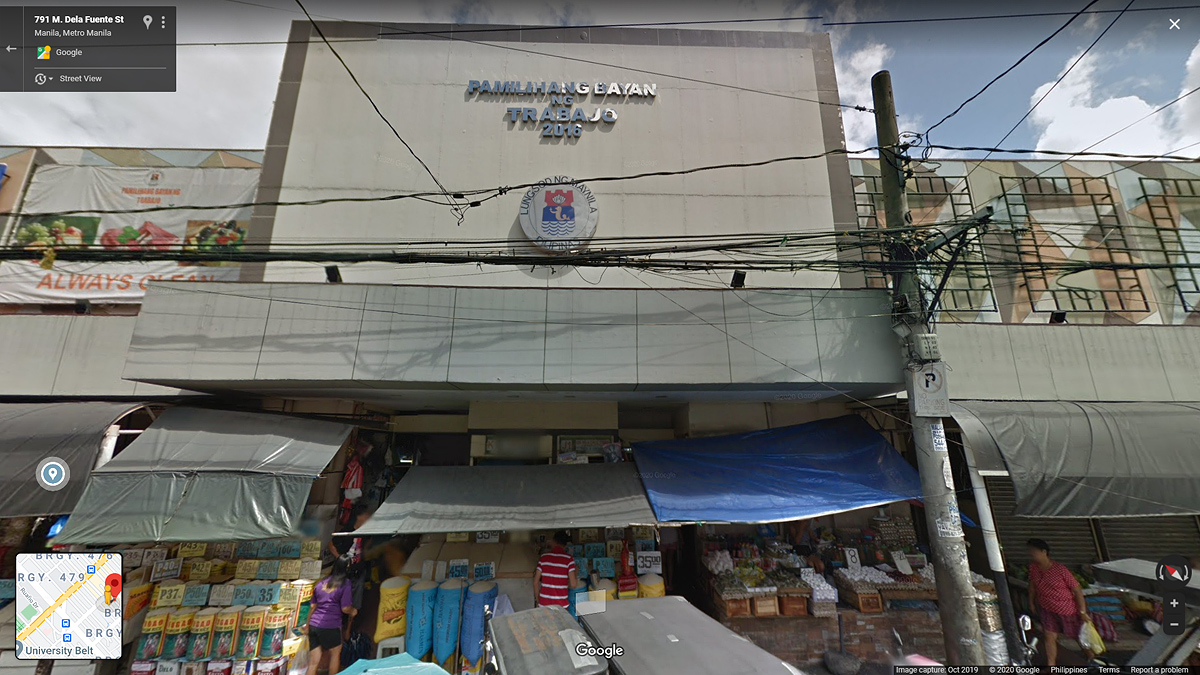 If you somehow end up riding a jeepney in Sampaloc, Manila, you might encounter a passenger who would say “Trabajo po” while paying the fare. No, the driver doesn’t know where that person works. Trabajo Market is located along M. Dela Fuente Street, which was known as Calle Trabajo during colonial times. It’s also near the corner of España Boulevard, which is why it’s a common jeepney stop. 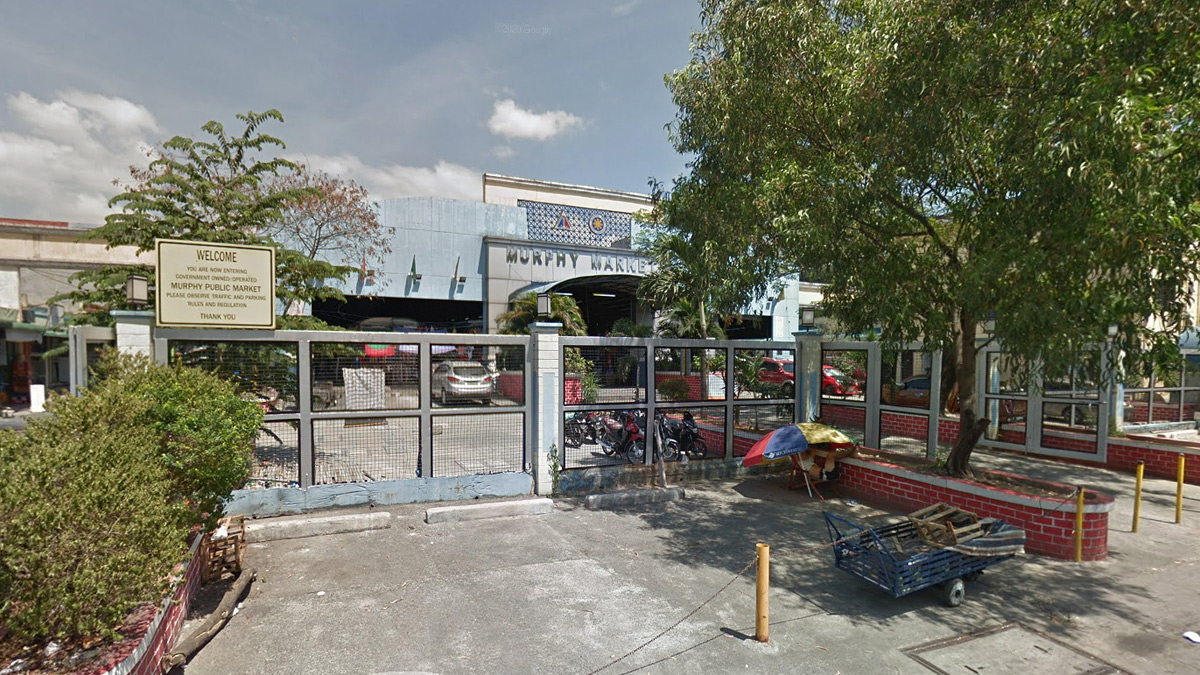 Whether Divisoria-Murphy or Crame-Cubao via Murphy, these jeepneys always end up in a place near Gate One of Camp Aguinaldo along Col. Bonny Serrano Avenue in Quezon City. Camp Aguinaldo was formerly known as Camp Murphy, which was named after the first high commissioner of the Philippines, Frank Murphy. After the war, the military base was split in two: Camp Aguinaldo for the Armed Forces of the Philippines and Camp Crame for the Philippine National Police (formerly Philippine Constabulary). Now, there’s a Murphy Public Market, Murphy Function Hall, and other establishments with the branch name “Murphy” even if the area is actually named Barangay Socorro. 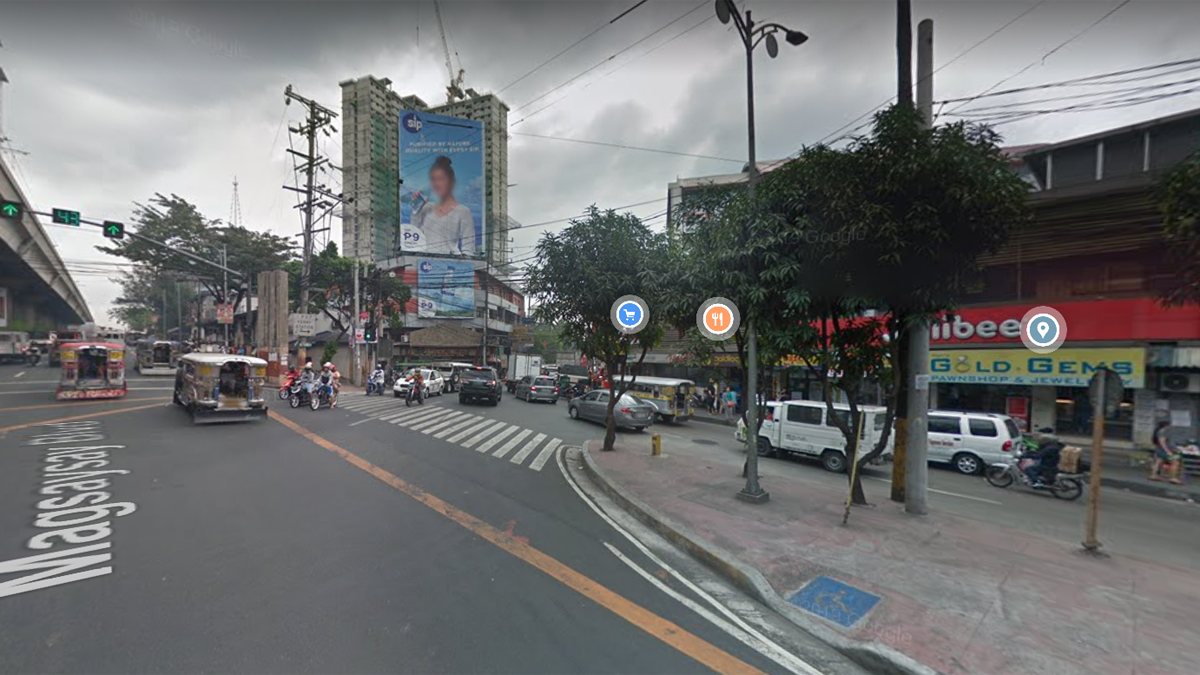 The Stop and Shop signboard can be seen on jeepneys going around Marikina, Mandaluyong, and Manila-which makes you wonder, just how many Stop and Shops are there? Whether it’s the Boni-Stop and Shop or the Parang/SSS Village-Stop and Shop route, they all end up somewhere on the corner of Sta. Mesa Boulevard and Old Sta. Mesa Street. It’s not even an exact location, but more of a general area near SM City Sta. Mesa where Stop and Shop used to be. It was a store known for selling imported goods from the U.S. back in the day. 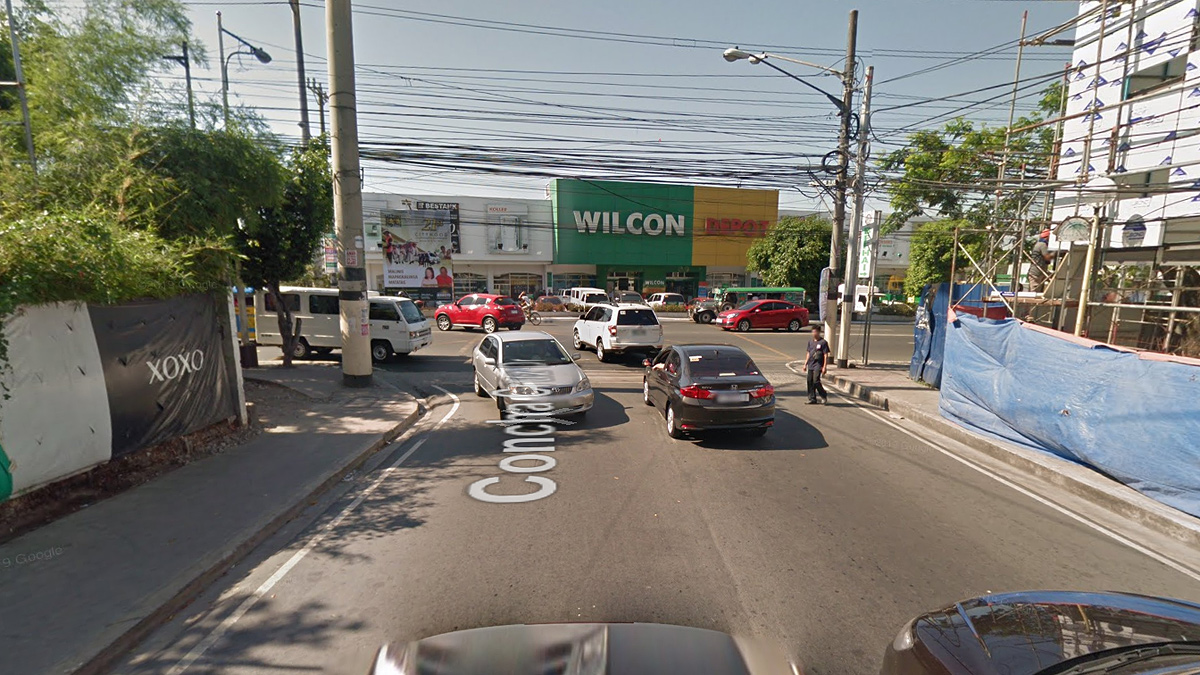 Commuters who ride the tricycle inside BF Homes in Las Piñas know that one of the easiest ways to go back to the main road is via “Standard.” This jeepney stop and tricycle terminal along the Alabang-Zapote Road is named after the American Standard building that used to be in the area. Of course, you won’t see any sign that the U.S.-based plumbing and fixtures brand was even there, but the name stuck. 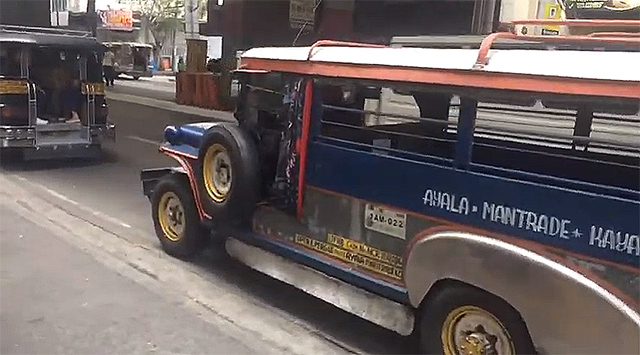 Jeepneys that ply the Chino Roces area would have a stop called “Mantrade,” which used to refer to the Ford dealership that stood on the corner of Pasong Tamo (now Chino Roces Avenue) and EDSA. The franchise for Ford in the Philippines had been acquired in 1918 by the Manila Trading Company, or Mantrade. The company went on to become the top dealer in car sales, parts, and services until 1984 when, after Ford left the Philippines and a string of corporate acquisitions, “Mantrade” became a Nissan dealership. The current Nissan Mantrade stands on 2280 Chino Roces Avenue, with the old Mantrade location now occupied by San Lorenzo Place—to this day still considered the Mantrade stop. 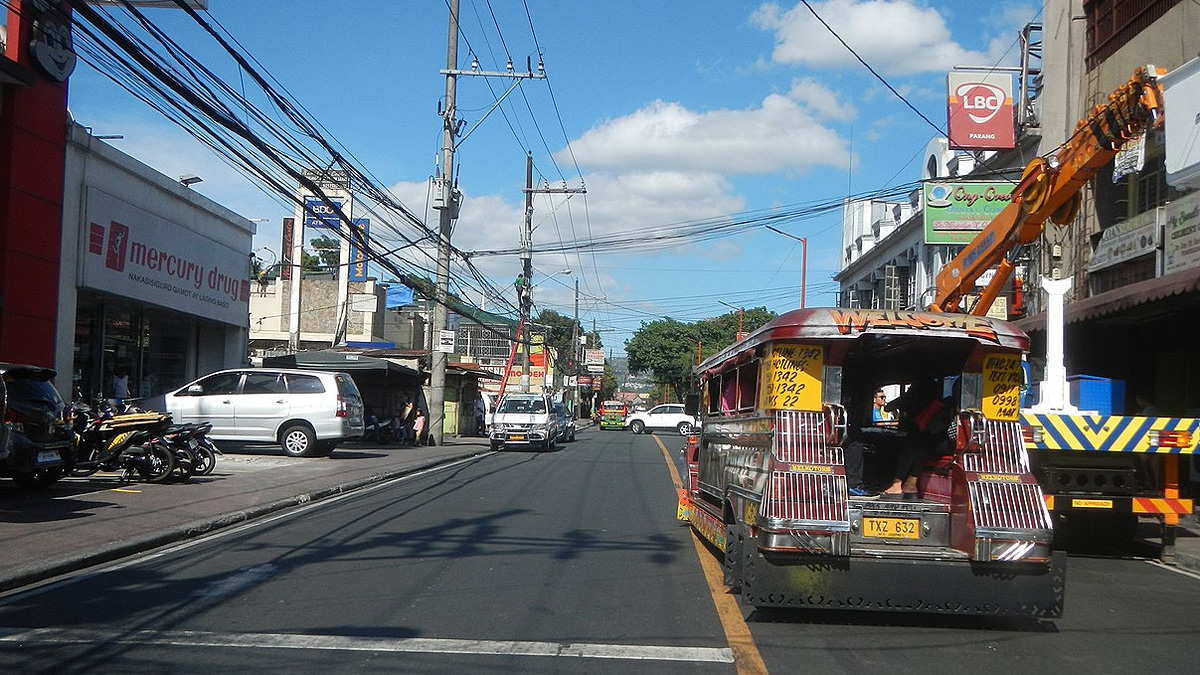 It’s easy to mistake it for “para,” but Parang is an actual barangay in Marikina named after the Filipino word párang or meadow. Before the late 1800s, the area was reportedly home to only a few families who were orchard farmers, a dense forest area, and small sugarcane plantations. When the Americans came, it was turned into grazing farms  for cattle-thus the name. 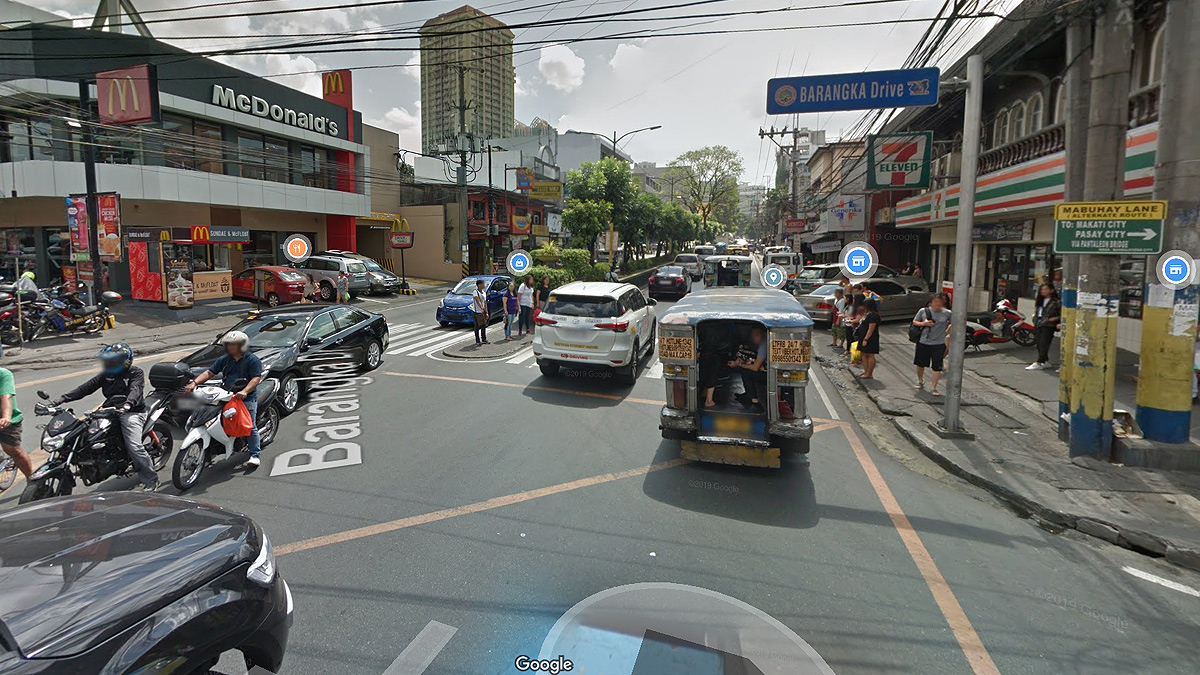 Both Marikina and Mandaluyong have barangays named after the Filipino word barángka, which comes from the Spanish term barancca (ravine or cliff that usually has rampaging waters). In Marikina, Barangay Barangka is believed to be the earliest settlement of the Augustinians and Jesuits who arrived through a small stream. In Mandaluyong, Barangka was originally a barrio during the American period. It was later divided into Barangka Drive, Barangka Ibaba, Barangka Ilaya, and Barangka Itaas—all found near the Pasig River. If you’re riding a jeepney along Boni Avenue, just tell the driver that you’re getting off at Barangka (which is Barangka Drive) if you want to go to McDonald’s, KFC, or Barangka Market. 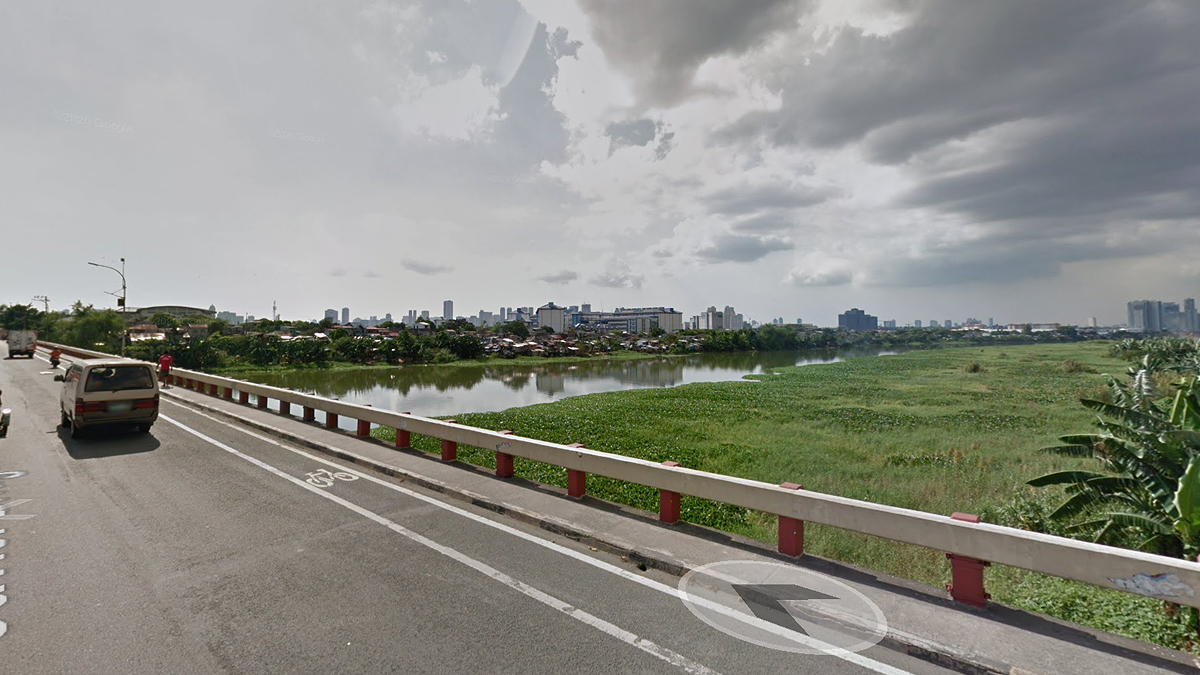 Where is the flood and why does it have its own road? And is there a mango tree? There’s a jeepney route called “Angono-Rosario via Manggahan Floodway” that goes from Manila East Road in Angono, Rizal and to Ortigas Avenue in Pasig City, and back. It passes through the Manggahan Floodway, which was built in 1986 to carry flood waters from Marikina River and to Laguna de Bay in an effort to reduce flooding along the Pasig River. Manggahan, on the other hand, is an actual barangay in Pasig; we can only assume it used to be full of mango trees just like Barangay Manggahan in Montalban, Rizal. 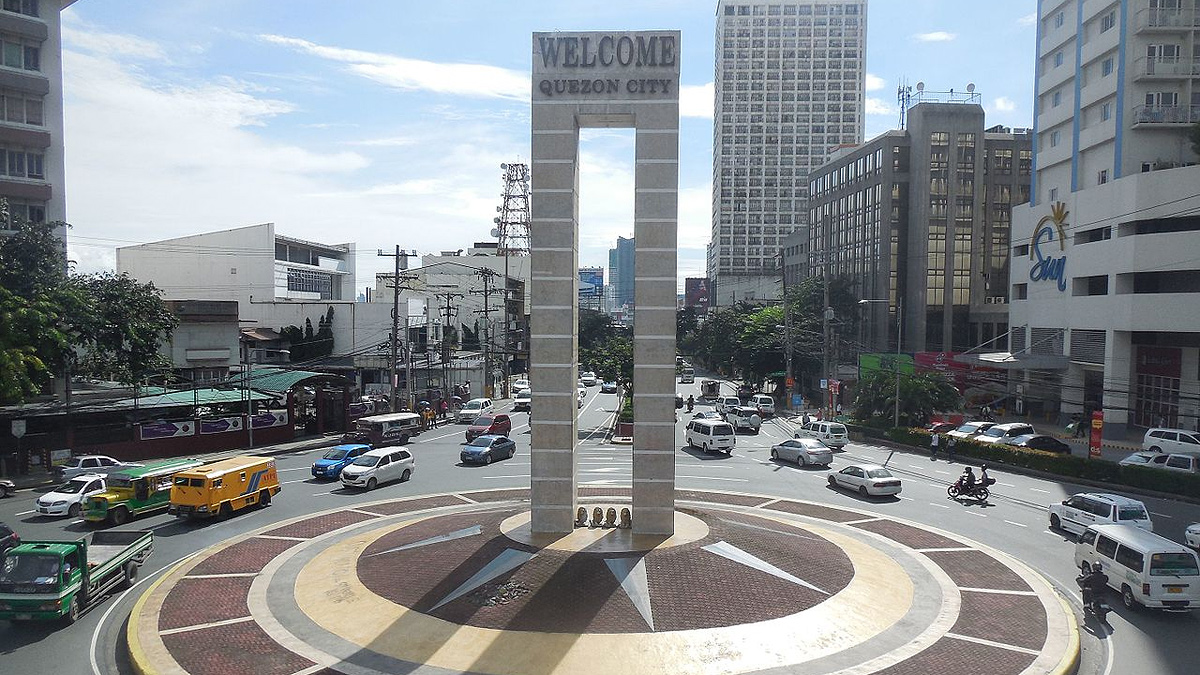 There’s nothing more welcoming than Quezon City’s Welcome Rotonda. The roundabout serves as the border between Quezon City’s part of España Boulevard and the side that falls within Manila City. The structure was built in 1948 to greet visitors in what was then a newly proclaimed capital. While it was renamed Mabuhay Rotonda in 1995, most people know it by “Welcome Rotonda,” so don’t be surprised if people just shout “Welkam lang po” when they want to get off the jeepney at this stop. 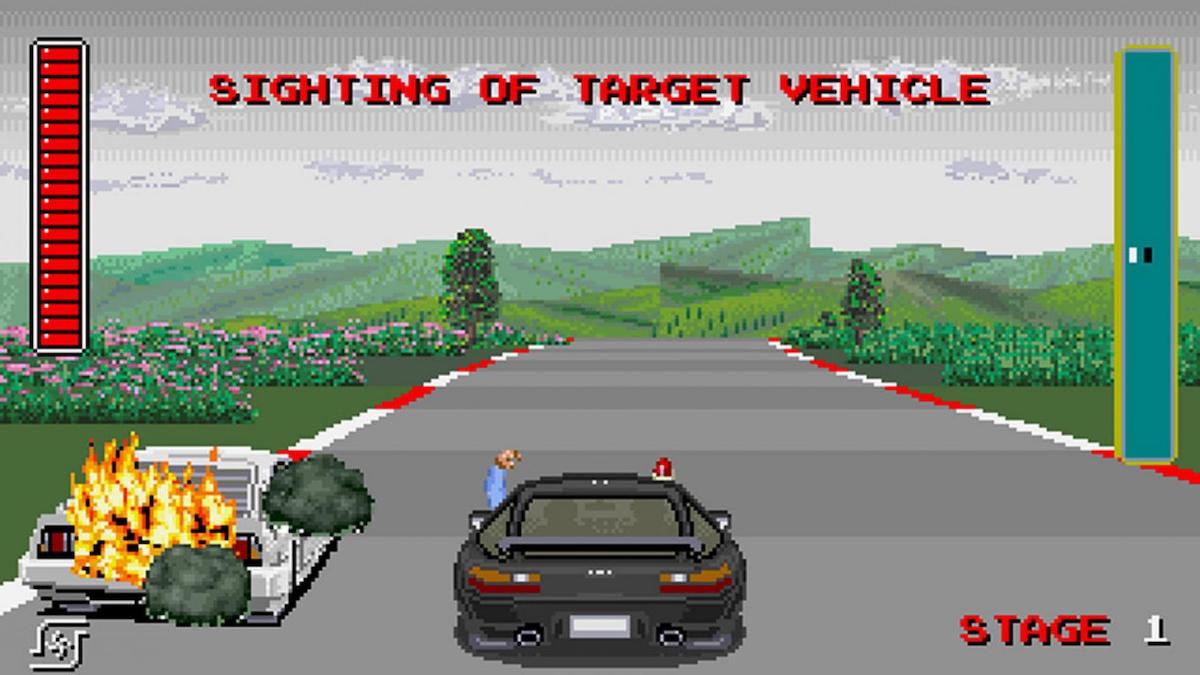 Throwback: ‘Chase HQ’ was an older generation’s ‘GTA’
View other articles about:
Read the Story →
This article originally appeared on Topgear.com. Minor edits have been made by the TopGear.com.ph editors.
Share:
Retake this Poll
Quiz Results
Share:
Take this Quiz Again
TGP Rating:
/20