Mazda did not invent the ‘Wankel’ rotary engine (that was a German man called, unsurprisingly, Mr. Wankel), yet it is undoubtedly the car manufacturer most associated with this type of motor. Because though the design was licensed to pretty much every mainstream car manufacturer back in the ’60s, only Mazda ended up building Wankel engines in big numbers.

Starting with the Cosmo in 1967, Mazda has built more than two million rotary-powered cars. The last rotary-powered Mazda, the RX-8, went out of production in 2012. But the tech is coming back—first, the 100-year-old company will build a version of the new MX-30 EV that uses a small rotary engine as a range-extender.

Of course, for every rotary-engined Mazda that did make production, there is an excellent car that only ever existed as a concept at a motor show, a development prototype, or the figment of a designer or engineer’s imagination. These are those cars. Keep reading to see the rotary-engined Mazdas that never were, but really ought to have been. 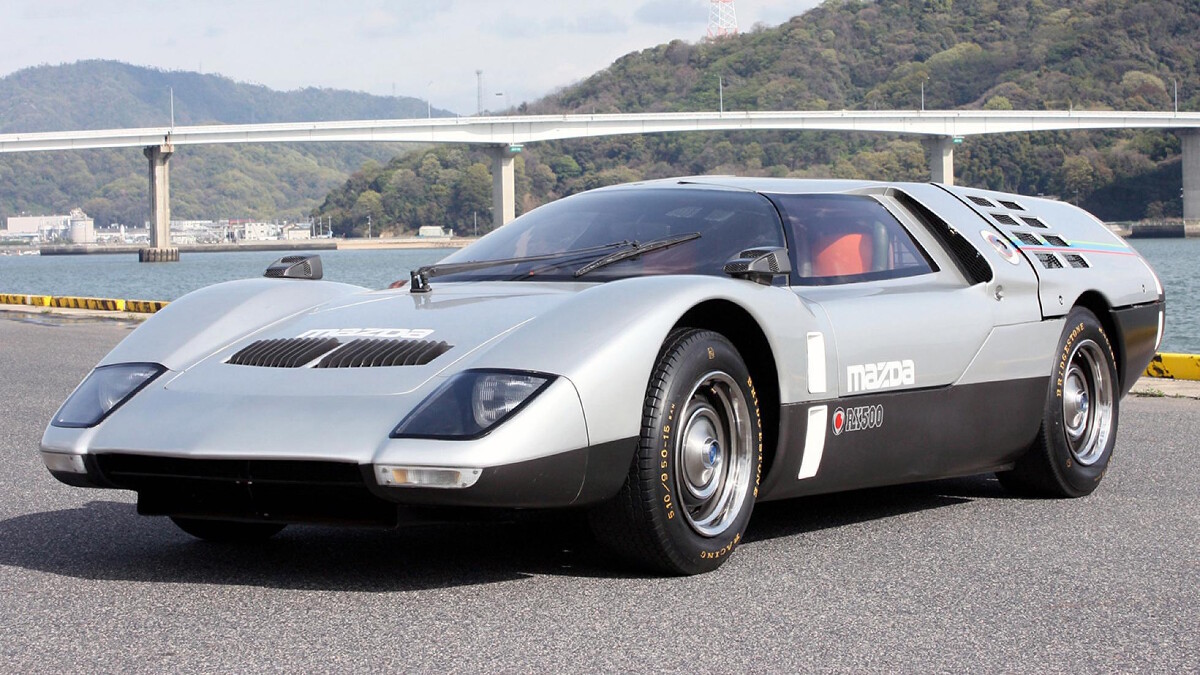 Revealed at the 1970 Tokyo Motor Show, the RX-500 celebrated the company’s half-century. Power came from a mid-mounted 982cc twin-rotor Wankel that could rev to 15,000rpm, while 247hp and a curb weight of just 850kg meant a claimed top speed of around 240kph. The RX-500 featured butterfly doors long before the Lamborghini Countach did, and had taillights that changed color depending on whether the car was accelerating, braking, or cruising. You can read more about it by clicking on these blue words. 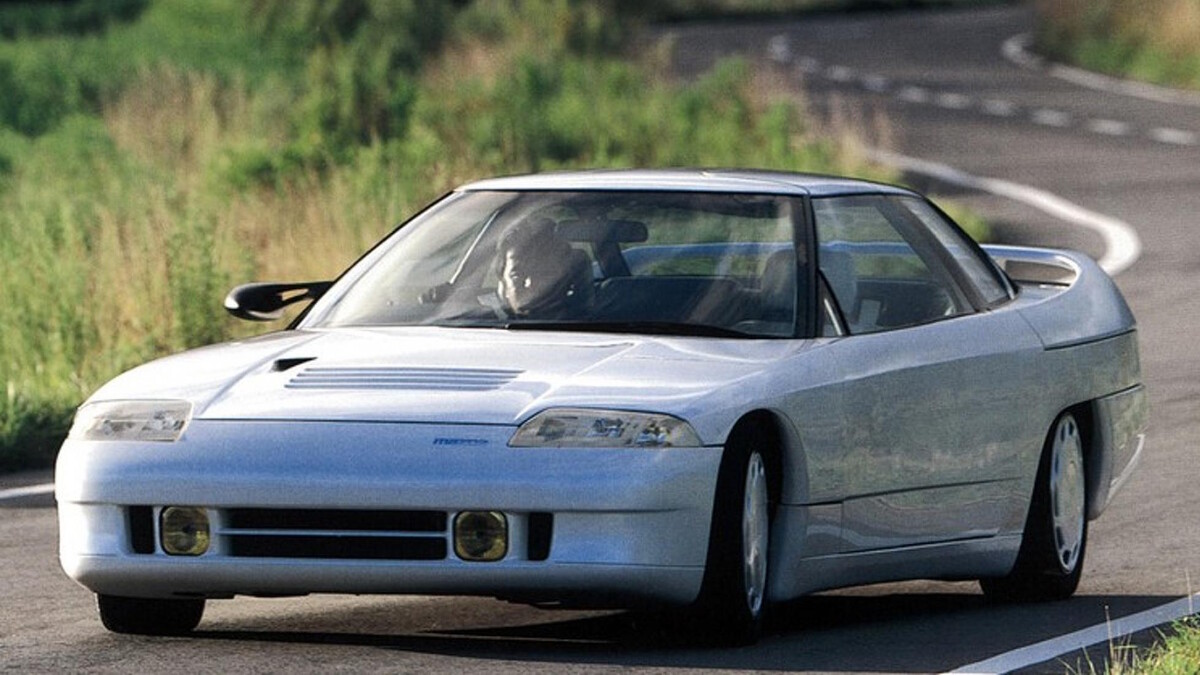 The MX-03 was as high-tech as cars got in the mid-’80s. The fully-functioning 2.0-liter, tri-rotor concept had 315hp four-wheel steering, four-wheel drive, a head-up display, and an aviation-inspired yoke instead of a conventional steering wheel. Super-slippery aero (see the single wing mirror?) meant a top speed of around 290kph, and 0-100kph was dealt with in less than 5sec. 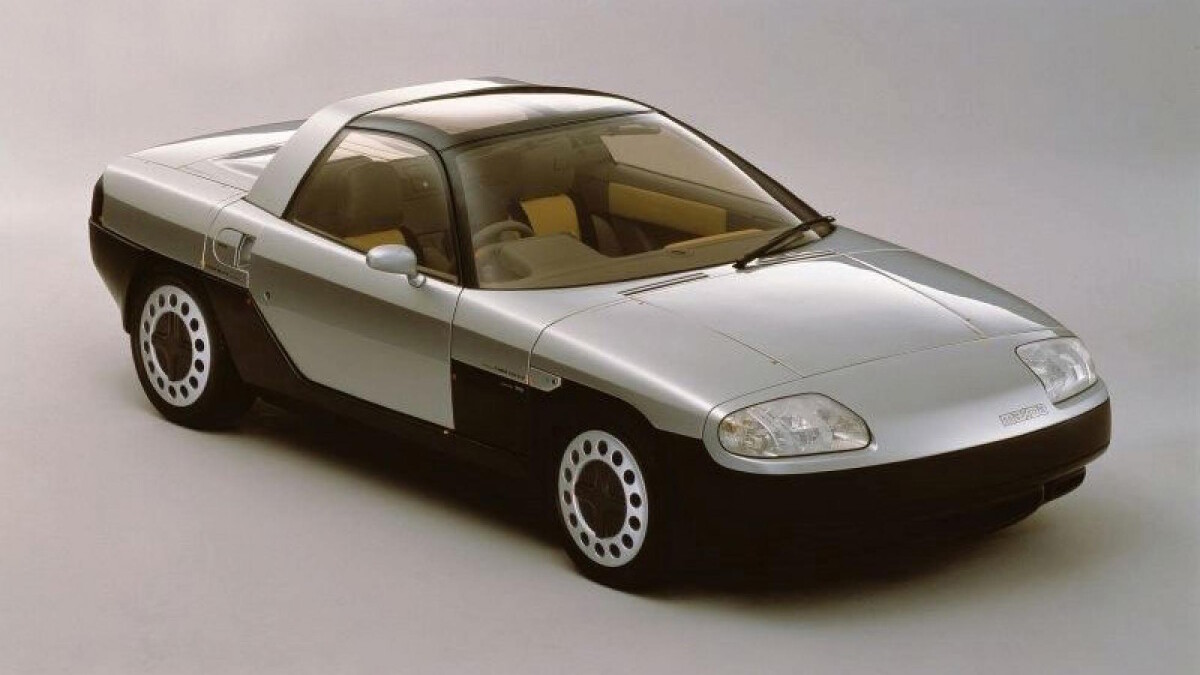 Shown at the Tokyo Motor Show in 1987, the front-engined, rear-drive MX-04 featured swappable fiberglass body panels as its USP. Said panels meant the MX-04 could be whatever you wanted it to be, from the glass-roofed coupe pictured above, to the windshield-less open-sided roadster below: 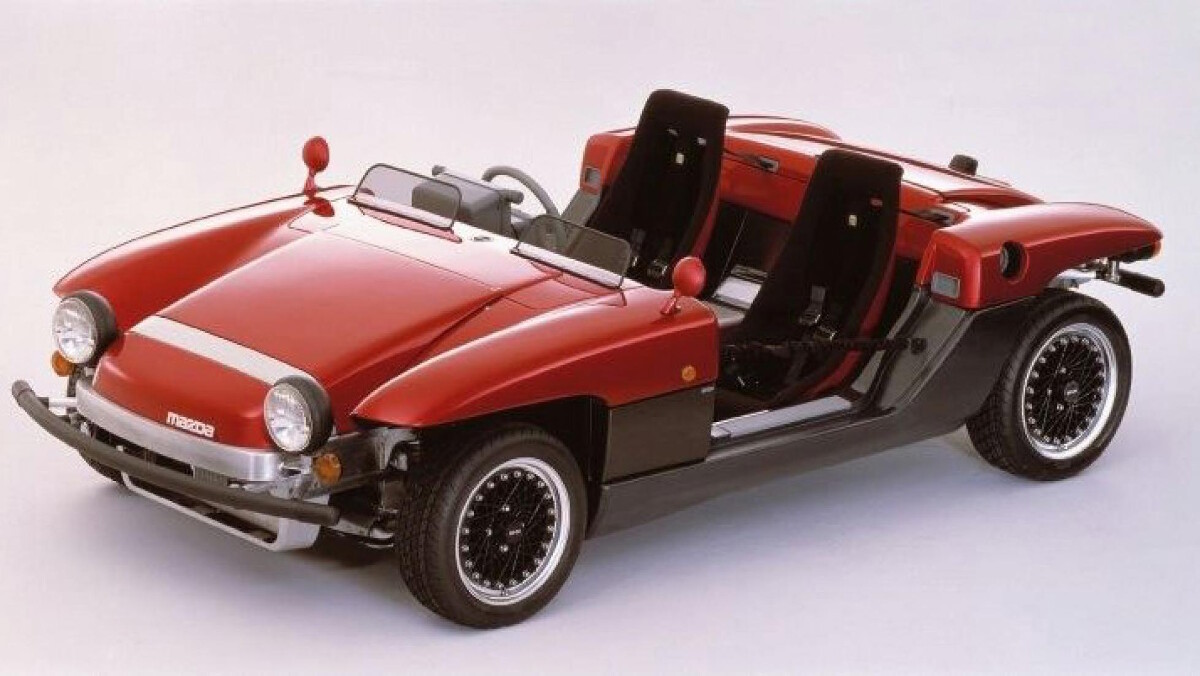 By 1987, development of the MX-5 was already well underway. Just imagine if we’d gotten this instead of the sports car that eventually emerged in 1989. Would the MX-04 have been as popular as the MX-5? 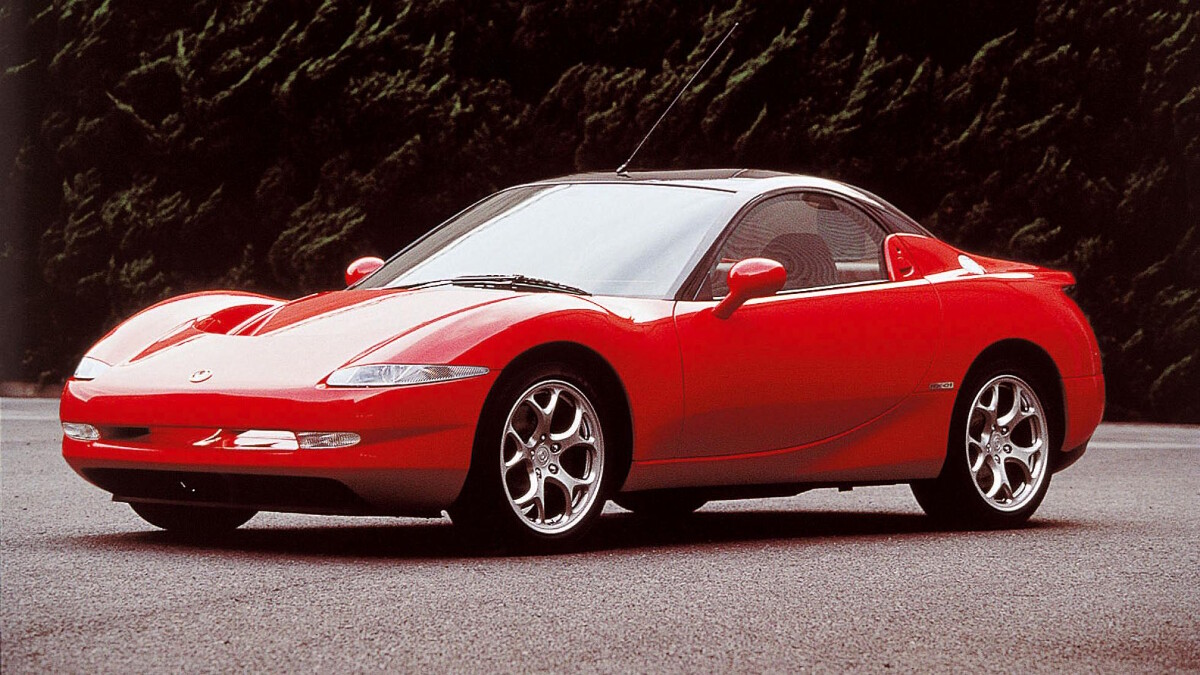 By 1995, the RX-7 had become a complicated, expensive item. So, for the 1995 Tokyo Motor Show, Mazda went back to basics, revealing a front-engined 2+2 that weighed a little over a ton. Power came from the nat-asp rotary that would later power the company’s last rotary-powered production car, the RX-8 of 2003. In the RX-01, it made around 220hp and was mounted way back in the chassis to make room for a clever pass-through front spoiler arrangement. 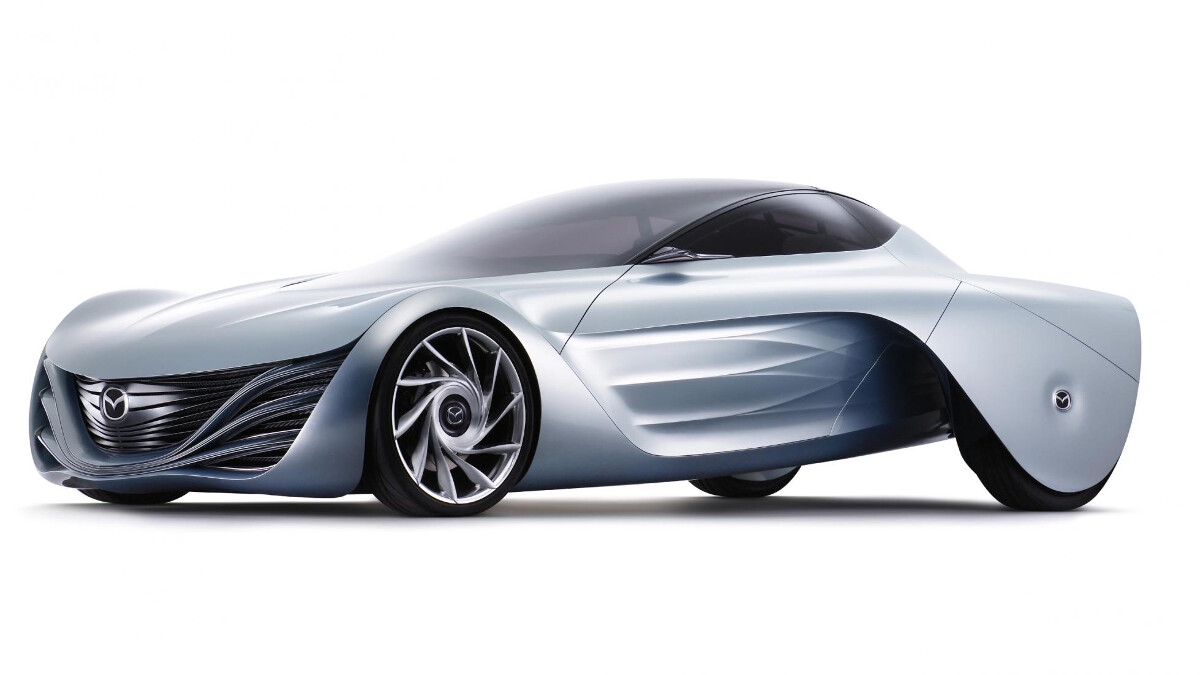 While the RX-01, the MX-04, and the MX-03 concepts all actually worked, the Taiki...didn’t. Its teardrop shape and fared-in rear wheels meant a low drag coefficient of just 0.25, and power was supposed to come from the RX-8’s ‘Renesis’ type rotary. Looks cool in a completely pie-in-the-sky, mid-Noughties concept kind of way. 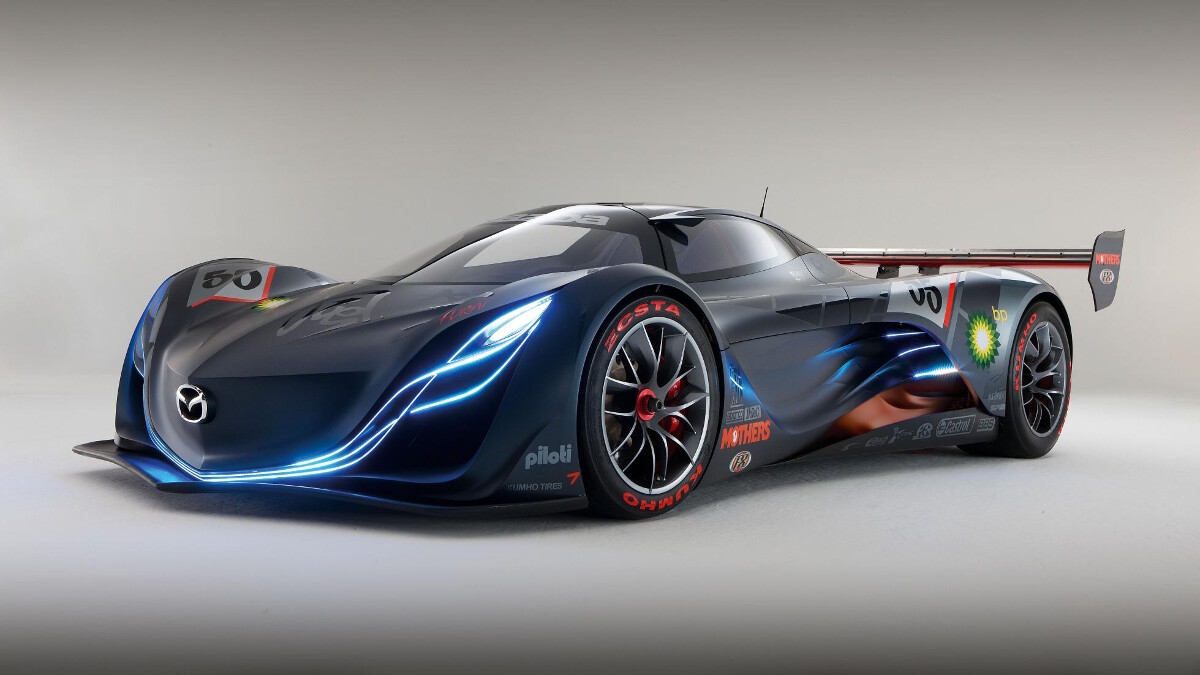 This, Internet, is the one. Based on the chassis of a Courage C65 LMP2 car and with a 450hp triple-rotor engine running on pure bioethanol, the Furai was the defining concept car of its era. A total masterpiece. Back in early 2008, Top Gear magazine was the only car magazine in the world to get a drive in the Furai. It didn’t end well... 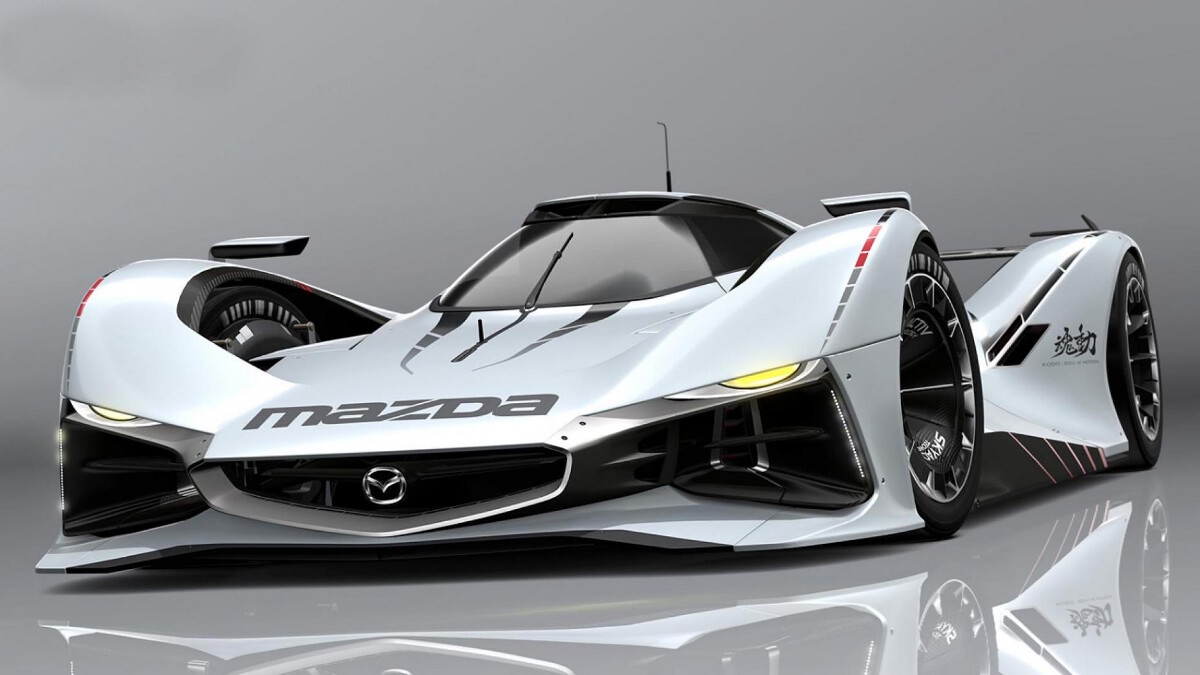 The LM55 of 2014 was among the earlier ‘Vision Gran Turismo’ cars created by manufacturers for the PlayStation sim—and, to this day, one of the better-looking. Its name comes from the #55 787B, which scored an unlikely victory at Le Mans in 1991. No working car was ever built, but a full-size model sat atop Mazda’s sculpture at the 2015 Goodwood Festival of Speed. 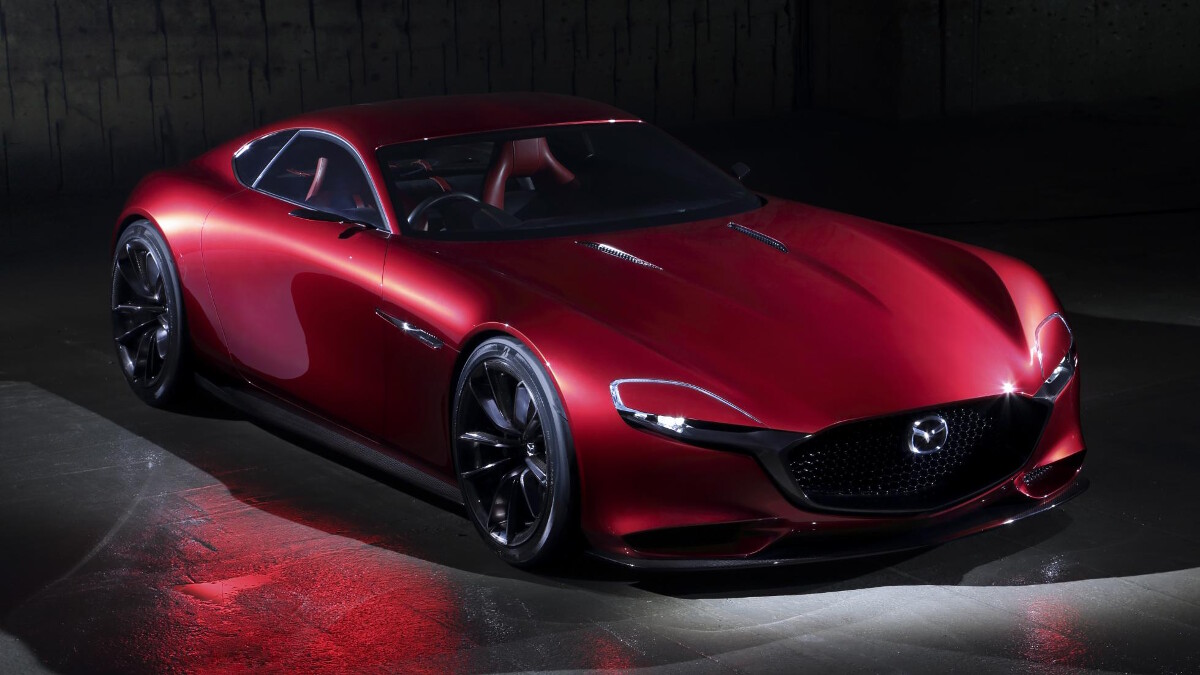 One of the most beautiful concept cars ever? Quite possibly. The RX-Vision dropped at the 2015 Tokyo Motor Show, featuring the ultimate expression of Mazda’s Kodo design language and built to fit a next-gen ‘Skyactiv-R’ rotary engine. Last we heard of the RX-Vision, it was on track to make production sometime in 2020, just in time for Mazda’s centenary. Unlikely as that now seems, we’ve still got our fingers crossed that it—or something that vaguely resembles it—will one day be offered for sale. 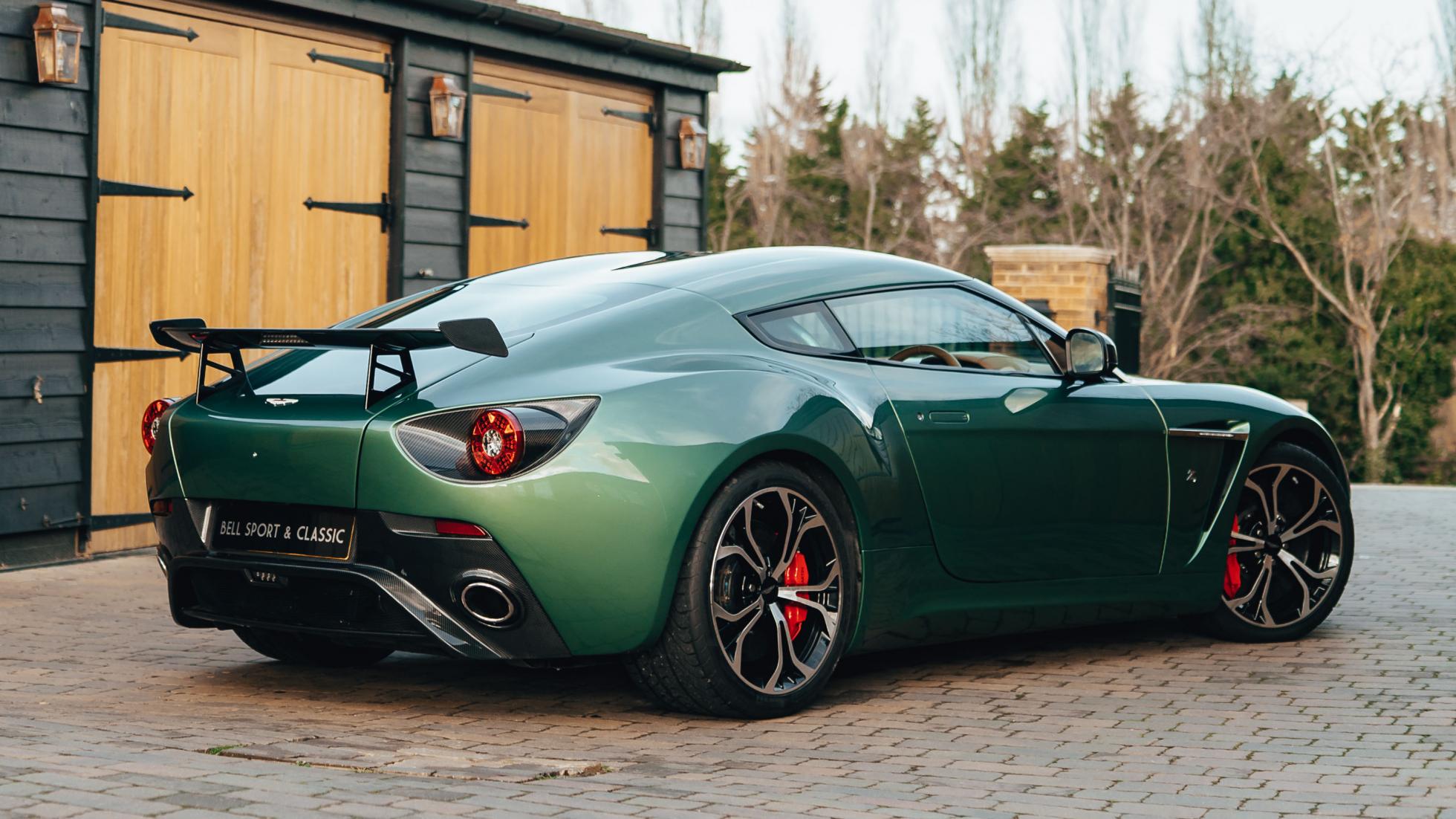 An Aston Martin unicorn is for sale
View other articles about:
Read the Story →
This article originally appeared on Topgear.com. Minor edits have been made by the TopGear.com.ph editors.
Share:
Retake this Poll
Quiz Results
Share:
Take this Quiz Again
TGP Rating:
/20