Is mental health a prevalent issue within the car community?

From this angle, Lewis Warren’s blacked-out Toyota 86 looks like any other, save for a subtle hashtag plastered next to one of the car’s rear wheels. ‘#itsoktotlk’ it reads. If you tried deciphering it as the vehicle was speeding by, you’d be forgiven for thinking it had something to do with TikTok. It doesn’t. 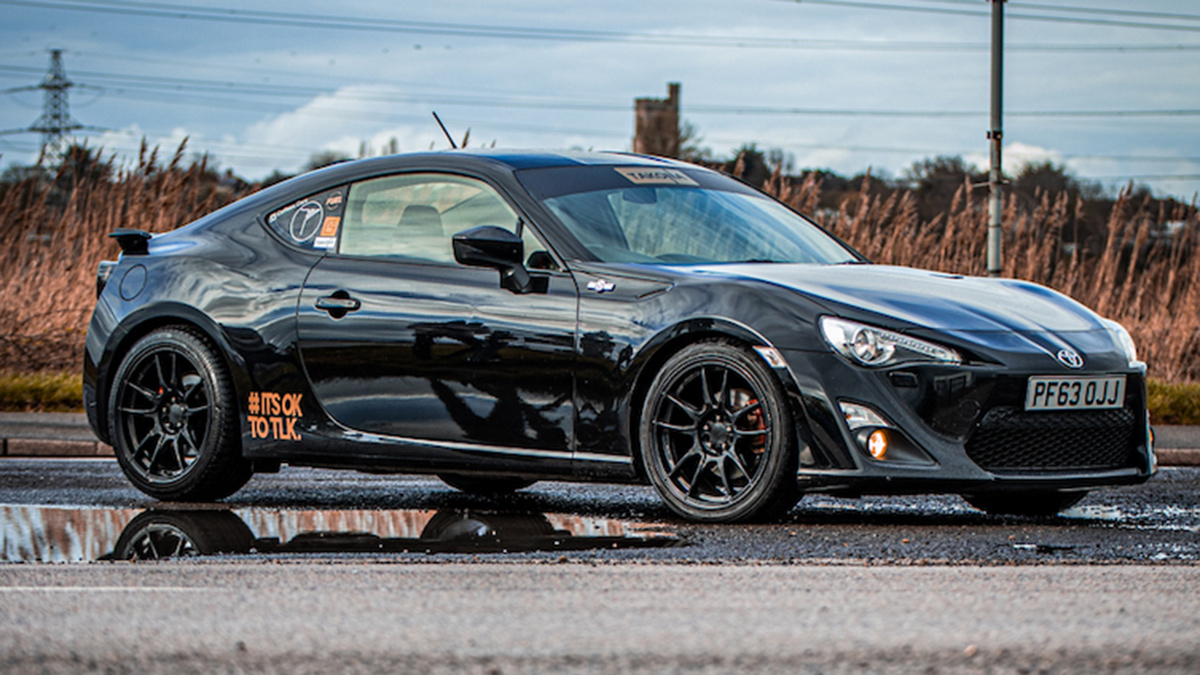 By the look of it, Warren wasn’t done with his car when the photo above was taken. A more complete decal features the name of his automotive-inspired clothing company Takona and the cause the vehicle represents: Driving mental health awareness.

According to Warren, who was formerly employed at a mental healthcare facility, using cars as a means to support the cause made sense. 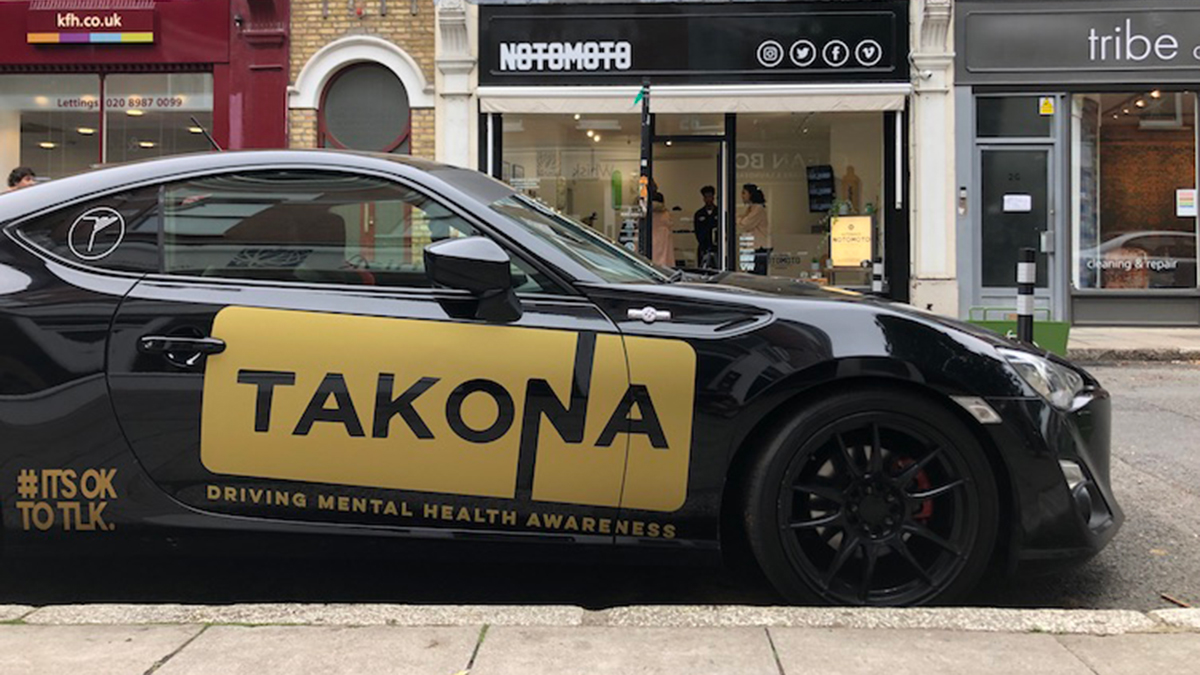 “Mental health has always surrounded me throughout my life, so I wanted to do something to help rather than ignore the problem. When I was about 18/19, my family was very dysfunctional and my escape was always jumping into the car and going for a drive, clearing my head, and getting away from it all,” Warren explained in an interview with the Toyota UK blog.

“My car has also been the way I’ve made friends and the thing that has connected me socially and brought people together. I previously worked as a healthcare worker in a secure psychiatric healthcare center and my partner is a forensic psychologist, so I have first-hand knowledge of the impact mental health can have.” 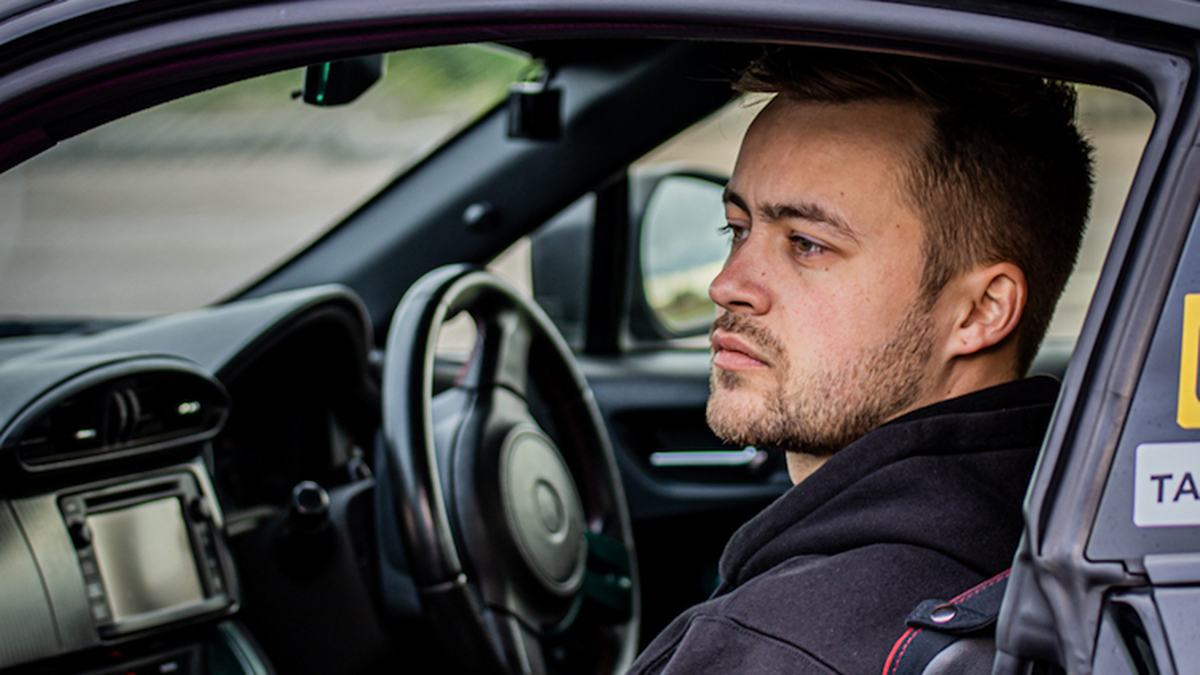 He added that as he became more involved in the car community, it became clear that mental health was a much more prevalent issue than he first thought. He says that while recent years have seen more and more celebrities and motorsports personalities opening up about their difficulties, there’s still a long way to go before the issue is perceived as any other medical condition.

“I think there is still a stigma around mental health for men, as well as the ego-centric, masculine world that we live in. It’s all about men being strong, being a provider, and being a fighter and not showing weakness,” he shared. 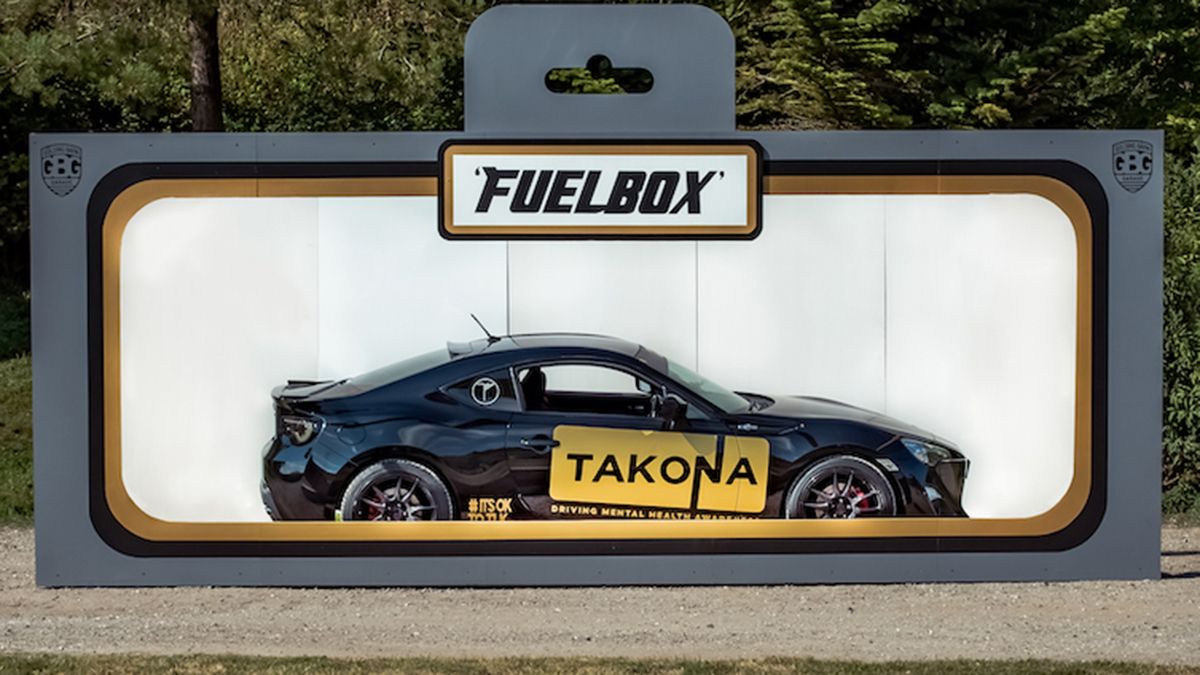 “I think for a lot of men, they find this subject difficult to talk about because it is admitting that you are finding things hard and that you aren’t impenetrable. To admit that you are vulnerable is a hard step and men don’t like to talk about this topic as they don’t want to be seen as weak.”

As for actually dealing with mental health issues, Warren says that in his personal experience, getting behind the wheel can help. He considers driving as a form of mindfulness therapy.

“The ability to go out for a little drive with the windows down and the music or radio off in order to clear your head is a massively important thing. Personally, I believe that driving is another form of mindfulness therapy. You are fully focused on the task at hand so everything else seems to drift away and you’re able to clean your mind and thoughts.”

If you can’t drive, even simply cleaning your car can help too, Warren says. 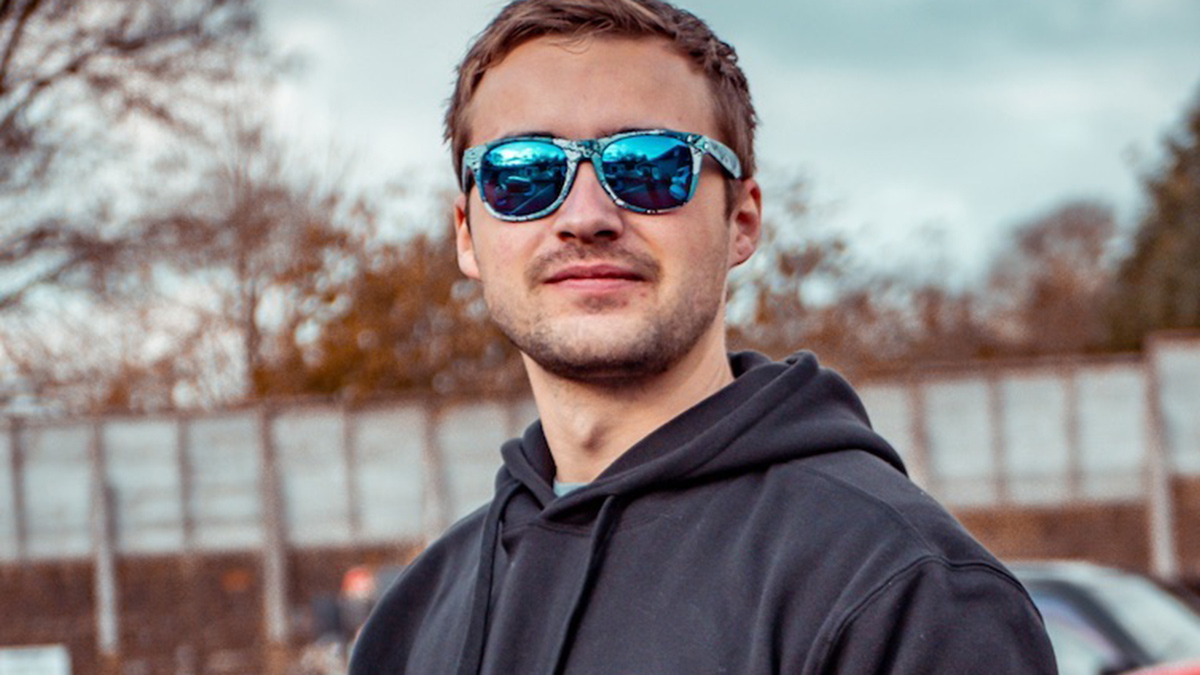 “Just basic tasks like cleaning your car can be hugely beneficial to your state of mind. I’ve been known to disappear for eight hours or so, scrubbing and polishing away. Cleaning is a great form of mindful thinking as you are doing something that has an end goal that is both positive and achievable.

“The same applies when you’re working on a car. You get that sense of accomplishment when you finish doing a job and the car fires back up for the first time. It acts as a good method of positive reinforcement which helps grow your headspace and clear whatever issues may have been bugging you.”

Ultimately, though, Warren says that anyone suffering from mental health issues should have someone to talk to. 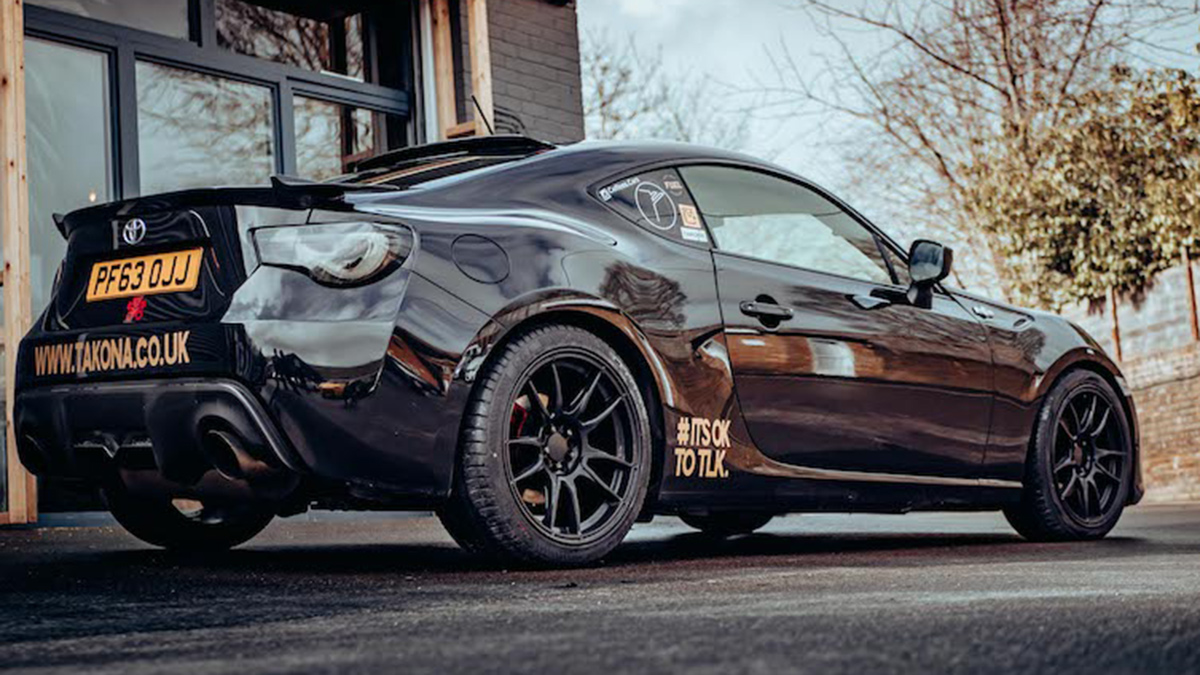 “People feel that talking to a friend, or someone that knows them is burdening them with your issues. Everyone knows that everybody has a life and things to do so nobody really likes to feel as though they are unloading onto somebody else,” he explains.

“My advice would be to talk to a professional first, a simple conversation with someone impartial often helps a lot more than any medication.”

Have you ever turned to your car to help you deal with something personal? Let us know in the comments. Remember: There’s nothing wrong with asking for help. Even the most capable cars and drivers out there sometimes need a tow. 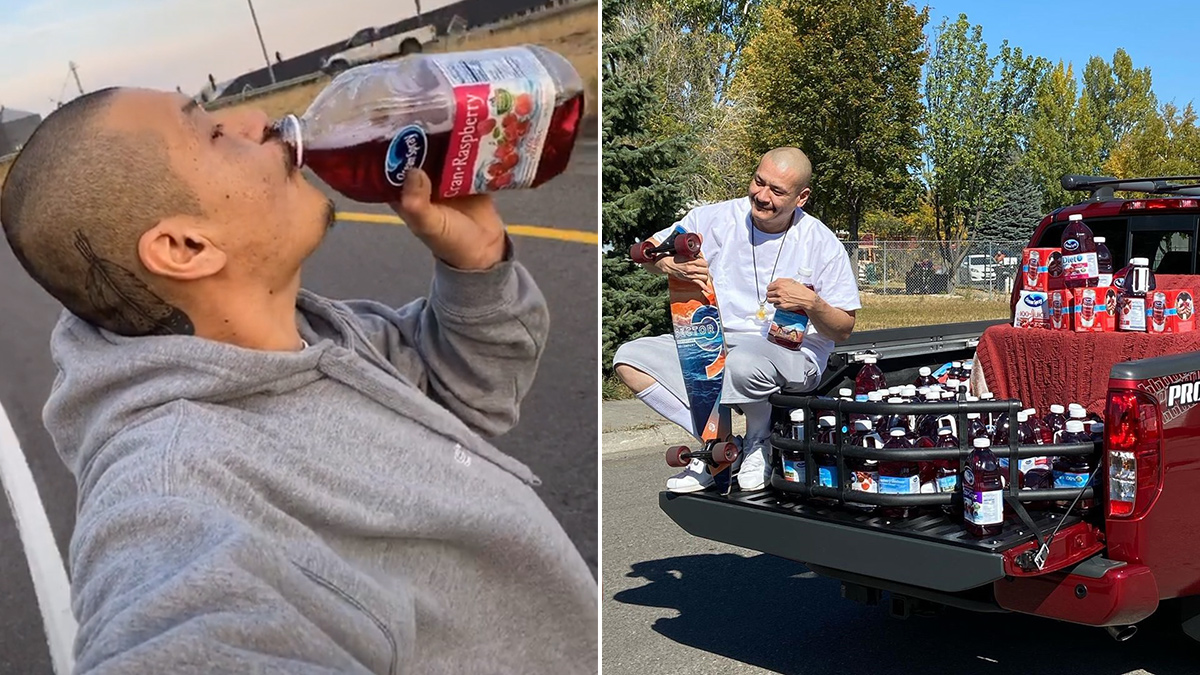 Breakout TikTok star given brand-new truck after company learns of car troubles
View other articles about:
Read the Story →
This article originally appeared on Topgear.com. Minor edits have been made by the TopGear.com.ph editors.
Share:
Retake this Poll
Quiz Results
Share:
Take this Quiz Again
TGP Rating:
/20