Here are some of Metro Manila’s best cycling spots

Get some exercise while maintaining social distancing
by Christa I. De La Cruz for Spot.ph | May 29, 2021

The pandemic has made access to public transportation in Metro Manila far worse than it already was. And so urban dwellers are resorting to biking to get from point A to point B, with some rediscovering their love for cycling and others forced to acquire the life skill of balancing on two wheels. While it may take some time before the Philippine capital is 100% bike-friendly, there are already some good spots for biking in the metro, whether you’re just passing through or really spending some time to exercise your leg muscles. 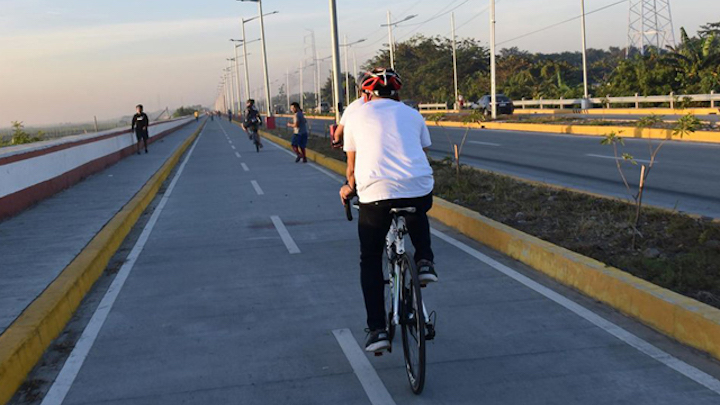 The Laguna Lake Highway, formerly known as C6, was launched in November 2018 to connect the towns of Rizal to the eastern part of Metro Manila and cut travel time from Bicutan to Taytay. Three months later, a 5.8km protected bike lane that takes up about three meters of the road was launched to provide a safe space for bikers. It’s separated from the highway with a planting strip, and it’s got plenty of streetlights and road signage. Because of its location, it’s a favorite among cyclists who want to head to mountain-bike trails near the metro. 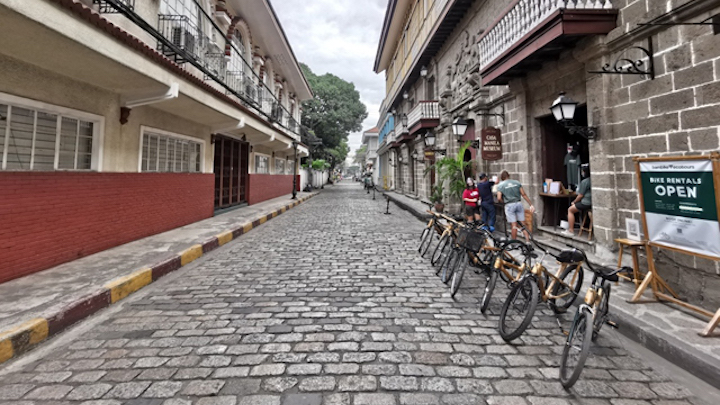 Intramuros is home to the famous Bambike Ecotours, which lets you ride around the Walled City’s cobblestone streets on a rented bamboo bike. Its streets are also safe enough for you to go on your own two-wheeled ride. You can stop by famous monuments along the roads and learn more about our history, or lock your ride onto a bike rack near one of the restaurants for a hearty Filipino lunch. 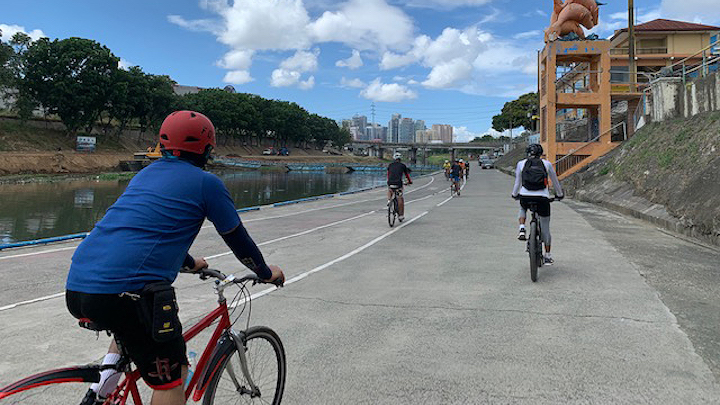 The 220-hectare Marikina River Park is a complex of playgrounds, trails, and parks along the Marikina River. It features a wide pavement that stretches for 11km, perfect for easy bike rides amid well-kept patches of greens and trees. The expansive public space also features an amphitheater and floating stages for cultural events, pocket gardens, picnic grounds, a baseball field, a basketball court, and a skating rink. There are also a lot of benches for when you just want to rest your legs and take in the fresh air. 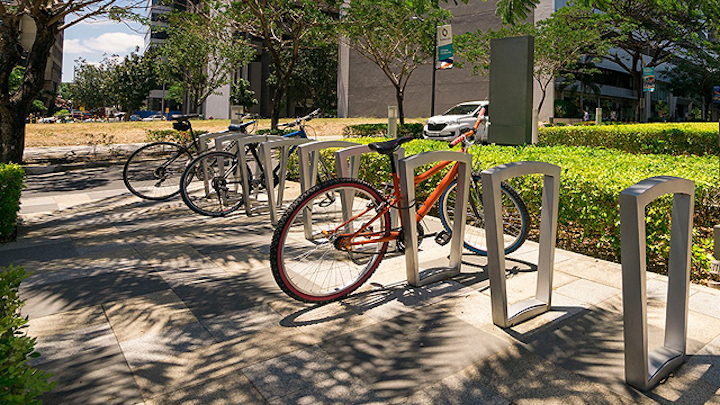 Bikers in the south can check out the Filinvest Mountain Biking Trail for a good dose of adrenaline-pumping fun. It boasts eight different courses, from one that’s riddled with steep uphills and drop sections to a pathway that runs along a flowing stream. But if you’d rather stay on the road, you can weave between shopping malls, hotels, parks, and residential spaces in Filinvest’s 244-hectare mixed-use development that features dedicated bike lanes and ample bike racks. 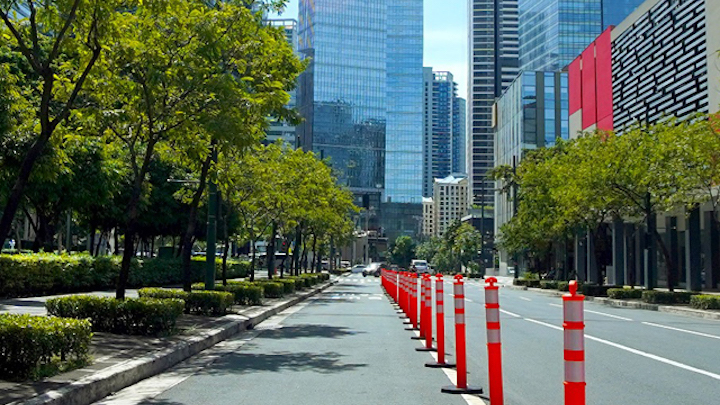 Bonifacio Global City is one of the most bike-friendly spots in Metro Manila. Between rows of your favorite retail stores and dining spots are roads with special bike lanes, including 2nd Avenue, 11th Avenue, 28th Street, 30th Street, 31st Street, and Rizal Drive. On weekends, some of the streets are closed to traffic so that bikers can enjoy riding with ease. Plus, there are plenty of bike racks in the area to make sure that your two-wheeler is safe if you’re heading inside the malls. The street art, courtesy of the Bonifacio Arts Foundation, also makes for great photos with your sleek bike. 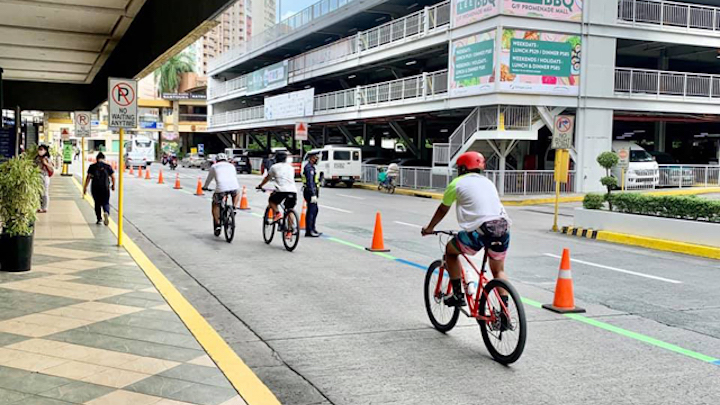 Greenhills Active Playground, launched in September 2020, features dedicated bike and jogging lanes within the Greenhills Mall complex. It’s open 24/7, which is perfect if you want some early-morning exercise. One lap is already equivalent to one kilometer. There are also designated parking spaces for bikers if you need to take a break and dine or shop inside the mall. 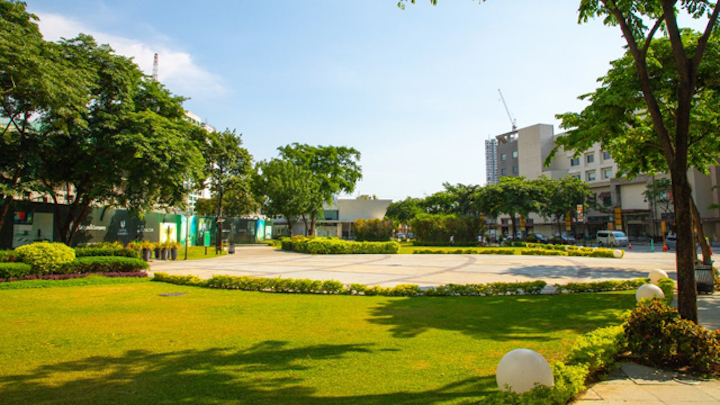 Capitol Commons features open spaces, refreshing landscaping, and bike-friendly streets where you can take in some fresh air after running some errands at the mall. The 10-hectare mixed-use development recently opened its weekend night market called Capitol Commons After Sundown. Bikers can chain their bikes onto the available racks, which also have their own safety chains covered with foam for extra protection. Guards are present to look after the bicycles while you enjoy a meal or two. 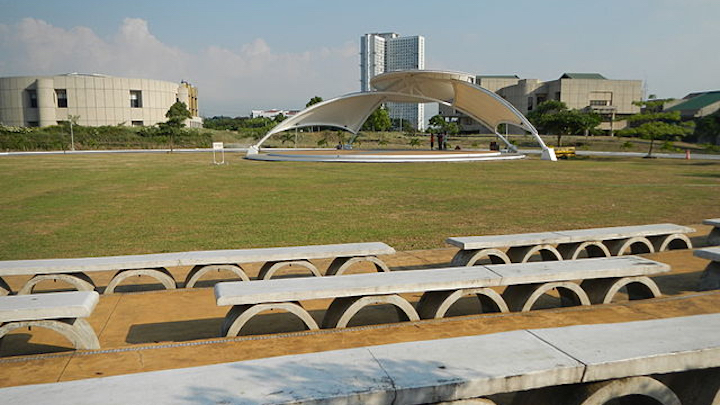 Pre-pandemic, UP Diliman’s Academic Oval was closed to traffic on Sundays to make way for bikers and joggers wanting to conquer the 2.2km loop. We may have to wait for quarantine restrictions to ease before the university’s public spaces reopen. But it’s only a matter of time before we once again bike down the wide road covered with vibrant fire trees that bloom in the summer. You can even expand your route and go to other parts of the campus, like the Science Complex and Heartbreak Hill—named after the tiring ascent route of the Boston Marathon. 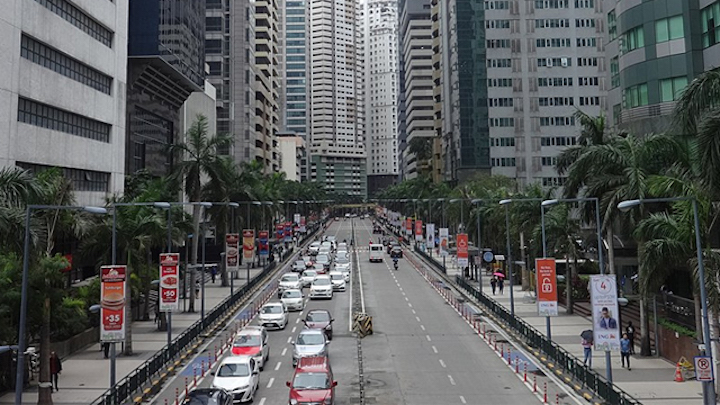 After the Makati Central Business District, Ortigas Center is perhaps the second most important business district in the Metro. It’s dotted with high-rise office buildings, condominiums, hotels, malls, and other establishments. Going around the area on two wheels is made easy because of dedicated bike lanes separated with white lines and orange bollards. In March, Mayor Vico Sotto shared plans of splitting an entire third car lane of Doña Julia Vargas Avenue and converting it to separate lanes for motorcycles and for bicycles. The project is already underway in partnership with the Department of Public Works and Highways. 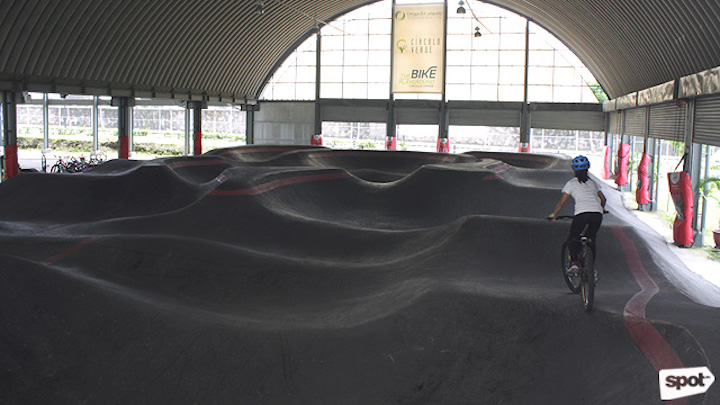 A riverfront community along the border of Quezon City and Pasig, Circulo Verde is open to bikers who just want to casually bike around a safe space on that side of the Metro. It also has a pump park and an urban outdoor bike trail for when you want to practice sweet tricks on your BMX.

Bonus: The Alley at Karrivin (Makati) 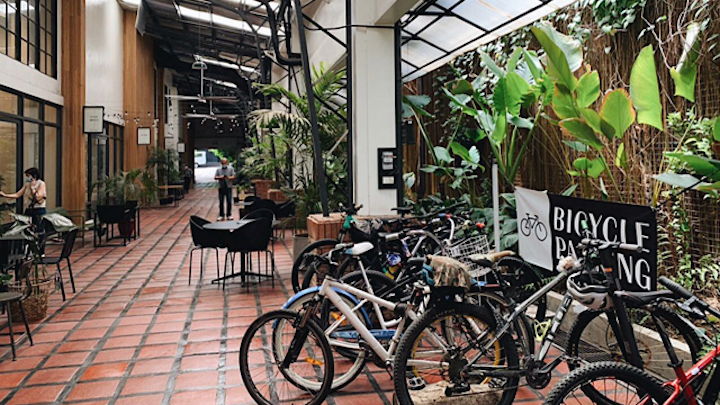 While not exactly a biking area, The Alley at Karrivin along Chino Roces Avenue is a favorite dining pit stop among cyclists. It’s a bike-friendly oasis in the middle of busy Makati, where you can park your folded bike beside your table at their outdoor but shaded dining space. There’s also a bike rack within the compound so you don’t have to worry about your ride. 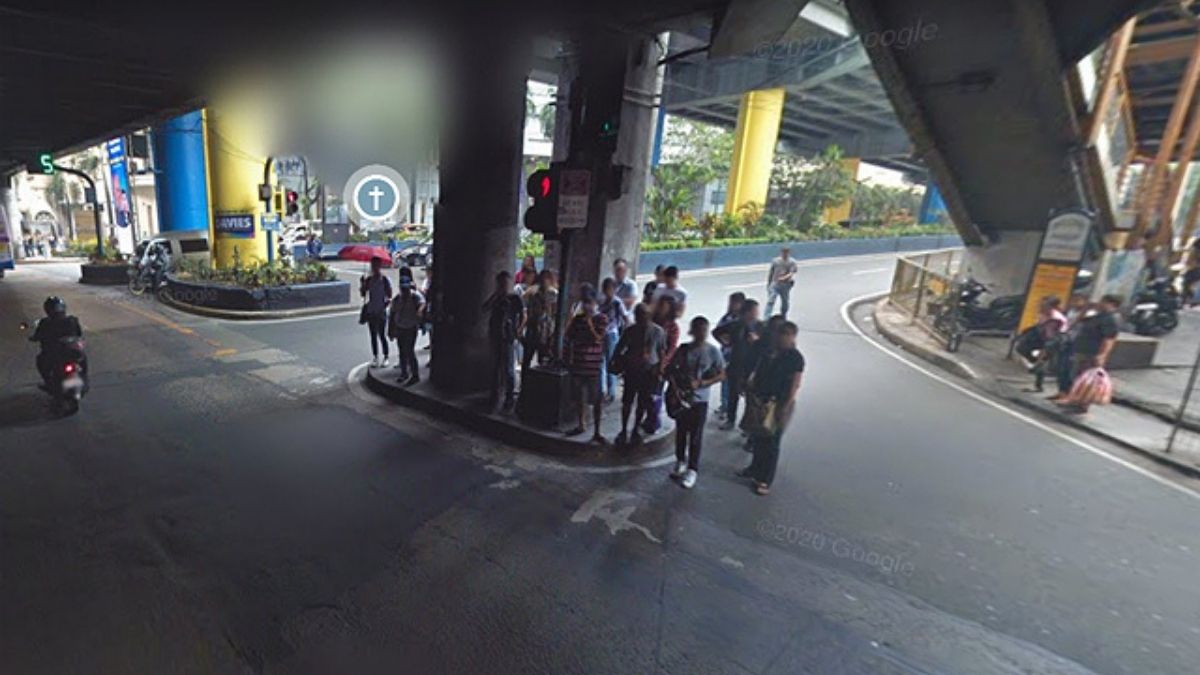 For EDSA to be pedestrian-friendly, these 10 areas need an overhaul
View other articles about:
Read the Story →
This article originally appeared on Topgear.com. Minor edits have been made by the TopGear.com.ph editors.
Share:
Retake this Poll
Quiz Results
Share:
Take this Quiz Again
TGP Rating:
/20