Check out these stunning watercolor images of Metro Manila traffic

Erwin Mallari was just a regular office worker when he started painting the daily struggles of commuters in Metro Manila. In a series of paintings, he depicted the different traffic situations in the city using watercolor.

Mallari showcases his mastery of the medium with his playful renditions of light in various treatments: rain, smog, high noon, and sunset. Looking at his works, you can almost feel the struggle of millions of city dwellers traversing the metro’s major arteries every day.

“From 2011 to 2014, I was an employee at a design studio and I was already experiencing the very bad traffic. I thought of making watercolor paintings based on my everyday experience. In that way, I was able to release my stress,” said Mallari in an interview with Esquire Philippines.

He adds, “The worsening traffic situation has been on the news recently, that’s why I decided to repost my series of watercolor paintings as a way of being one with the public and empathizing with the thousands of people who are complaining about this problem.”

See how he transforms the horrible traffic of Manila into something beautiful below. 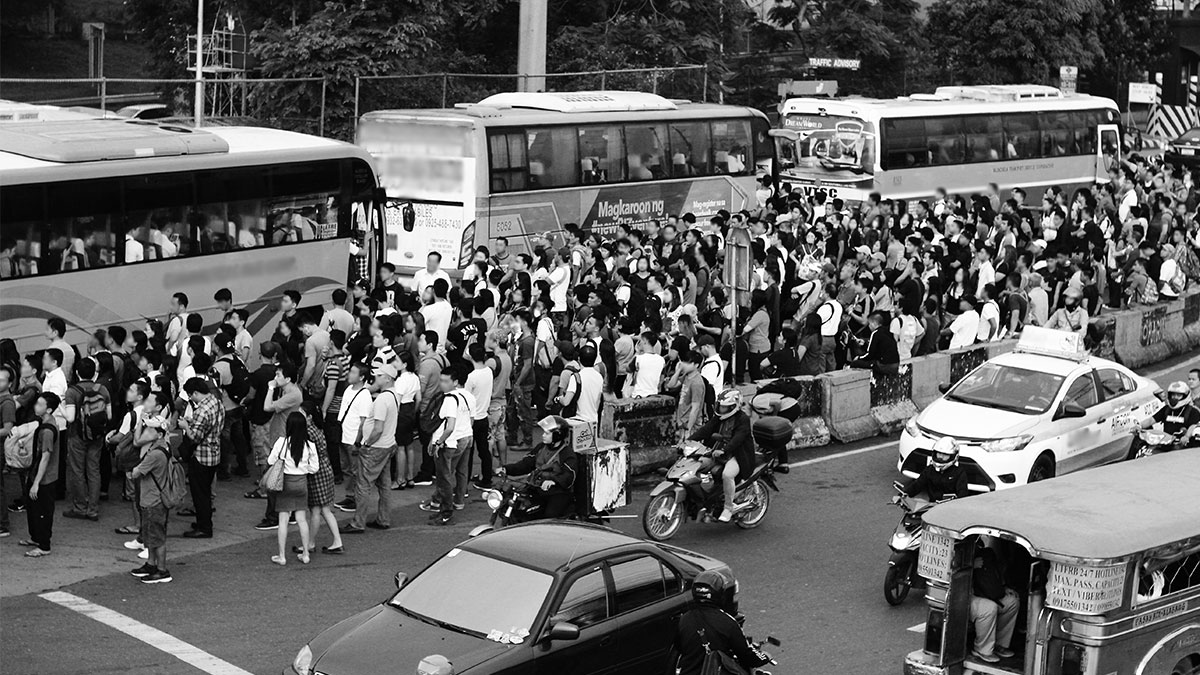 Is there or isn’t there a transport crisis?
View other articles about:
Read the Story →
This article originally appeared on Topgear.com. Minor edits have been made by the TopGear.com.ph editors.
Share:
Retake this Poll
Quiz Results
Share:
Take this Quiz Again
TGP Rating:
/20