It was only a few minutes into Michèle Mouton: Queen of Speed that I started to get emotional. The feeling only got stronger as Mouton, recalling her legendary rally career of 40 years ago, said two simple sentences: “Motorsport was a man’s world. A little bit like today, eh?”

Queen of Speed, a new Sky Original documentary, follows Mouton as she stunned the world—and her male competition—in the World Rally Championship during the ’70s and the ’80s. The documentary opens with a blue-tinted montage of snowy mountains and clips of Mouton speeding through untamed terrain, her voice echoing: “In life, you have to be always open to new things. That means also for me, that everything is possible. There is no limit.”

Mouton, who grew up in southern France, discovered her love of driving in her father’s street cars. She’d look for twisty roads as she drove home from a night of dancing in his Porsche 911, and she eventually transitioned to a motorsport career when a friend invited her to co-drive for him in Monte Carlo in 1973.

Mouton soon switched to the other seat, with her father offering to pay for her race car for a year. If she was good enough, he said, she’d continue. If not, she’d stop.

“It was a great time for women,” Mouton, now 70, recalled during the documentary. “The beginning of the big revolution and the feminist movement. But it was true you didn’t see a lot of women driving the car.

“Women were never taken seriously, but my father didn’t think about that at all. He had so much trust in me.”

ALSO READ:
Rally icon Michèle Mouton was called ‘the black volcano,’ and she lived up to that title

But as Queen of Speed regularly shows, many of the men around Mouton didn’t. They wondered who she’d slept with to get there. They saw her as an intruder. They, at one point, even made race officials pick apart her car to confirm she hadn’t cheated her way to success. She hadn’t.

“Of course, you have a little smile on your face,” Mouton recounts. “Sometimes, you don’t have to speak.”

Even when Mouton’s male counterparts embraced her, they did so in a way they wouldn’t have with other men.

“No wonder the whole world loves Michèle,” one commentator said after Mouton won the WRC’s 1982 round in Portugal. “All that brainpower—and beauty, too.”

Mouton’s most successful WRC season—and the focal point of the documentary—came in 1982, the start of the fearsome Group B era and just one year after she became the first woman to win a WRC event. Mouton and Audi quattro co-driver Fabrizia Pons, who had become the only all-women pairing in the series the year before, won three rallies that year: Portugal, Greece, and Brazil. They entered the final two rounds of the season with 82 championship points, second only to German driver Walter Röhrl’s 89.

The title wasn’t just a possibility—it was right in front of them, and that didn’t sit well with Röhrl. He said he wouldn’t accept second place to Mouton in the championship, “not because I doubt her capabilities as a driver, but because she is a woman.”

Before the penultimate round of the season in Côte d’Ivoire, Mouton’s father—the person who had been behind her from the start—died. She wanted to go home, and Pons encouraged her to do so. But when Mouton’s mother reminded her that her father would have wanted her to race, she did.

Mouton didn’t tell her team what had happened, and said that at some points during the rally, she was crying. Yet she built a 25-minute lead early on, later stretching it to more than an hour.

Then, her car had gearbox and clutch issues. The repairs took so long that after being more than an hour ahead of her championship rival, Mouton returned to the course behind him. She would later crash, giving Röhrl the title.

One of the most fascinating parts of Queen of Speed is how Mouton’s competitors viewed her versus how she viewed herself. Everyone around Mouton seemed obsessed with her womanhood. Men didn’t want to lose against her, talk shows asked her how such a petite lady could pilot such a hefty car, and headlines often focused more on her shock value than anything else: “The woman drives like the devil,” “The men were stunned,” “She scares the drivers.”

Even Finnish driver Ari Vatanen, who participates in the documentary, faced a question about Mouton claiming he said that he would stop racing if a woman ever beat him. “If I said that, I apologise,” Vatanen, now 69, tells the filmmakers. “Her speed took me and everybody else by surprise. It put our masculine pride on a test.”

Yet Mouton didn’t fixate on her own gender, or that of her competition. Neither did Pons. Their quotes echo those of female racers today: That under the helmet, everyone is equal.

“When you are in the car, nobody can say it’s a man or a woman driving,” Mouton says in the film. “You have to take the line—the shortest possible, always—to go the fastest.”

“We felt like drivers, not woman drivers,” Pons adds. But they were women drivers, and to this day, Mouton remains the only female driver to have won a WRC event. It’s been 40 years.

“If I had won the world title, I think, first of all, I would have been so happy myself,” Mouton says. “It would have been huge publicity, and maybe encouraging more women to participate. But history is history, and that’s all.”

As Queen of Speed went on, I felt the sting of my own experiences through Mouton: Being one of the few women at automotive events, if not the only one; being graded by my appearance first and my talents second; and being questioned regularly, whether it be about my motives or my qualifications. But I also felt proud of myself, the women around me, and the women who came before me. I felt hopeful of the future we’re all creating, even if the process isn’t always fun.

Mouton didn’t just show that others do belong in realms largely dominated by men—she screamed it as loudly as possible, over the doubters and the distractions and the roar of her Audi quattro race car. She didn’t give a single person the chance to pretend she wasn’t heard. A little bit—no, a lot—like the women around me today. 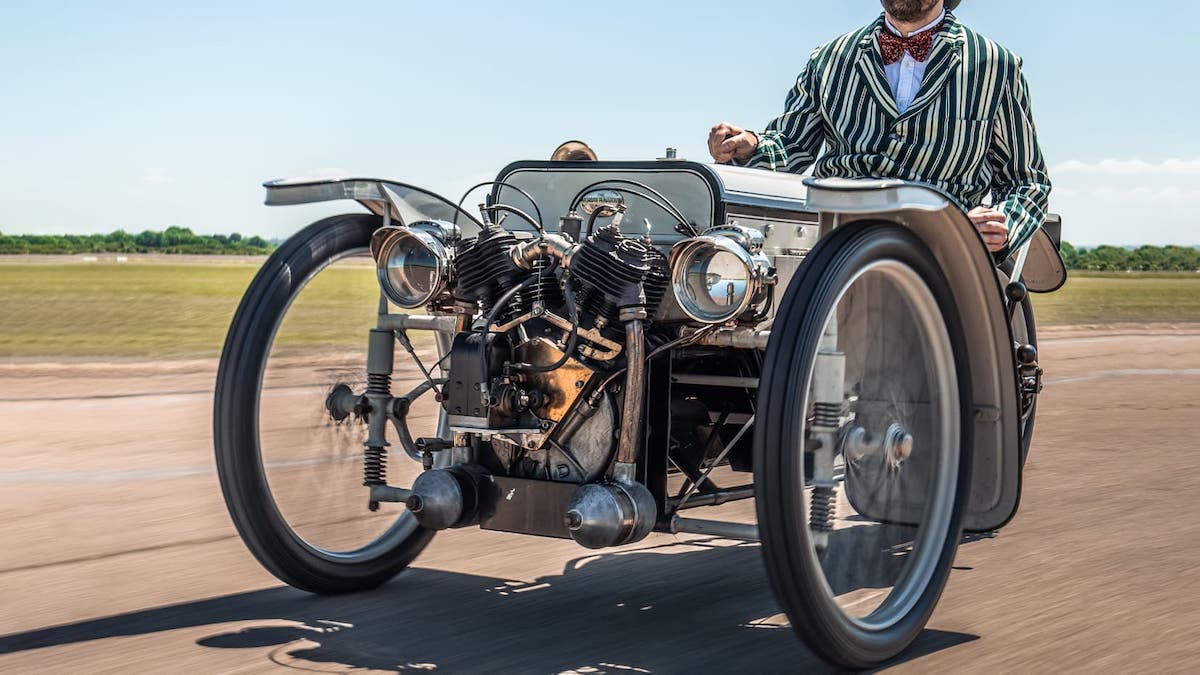 Gallery: Five odd but fun three-wheelers
View other articles about:
Recommended Videos
Read the Story →
This article originally appeared on Topgear.com. Minor edits have been made by the TopGear.com.ph editors.
Share:
Retake this Poll
Quiz Results
Share:
Take this Quiz Again
TGP Rating:
/20